60s Classics to Drive to a Beach this Summer

Europe is finally seeing the clear signs of spring as I type this. With The Beast From The East being a distant memory, it seems like we might be just a month or so away from the joys of top down motoring and laying on a beach. Well, I am certainly not qualified to give you fashion advice on what to wear on the latter occasion, but I’m pretty certain I can point you in the right direction when suggesting what to drive. Here are a few beach transporters to go well with your Italian designer swimwear. Appropriately, they all come from Italy as well and they’re all Fiats.

Giovanni Agnelli is truly a larger than life personality and he was in his prime in the 60s. He was a man that Silvio Berlusconi (sadly) thinks he is. Not only did Agnelli inherit Fiat and made it the economic powerhouse it is today, he also did it all in style unmatched by any other CEO in the world. After a long day of supplying the whole Italy with motorized transport, he liked reclining on his yacht. It seems like a perfect life, but not all was allora still. When Agnelli pulled into a marina, he had nothing suitable to drive around in. He turned to his own company to resolve this terrible nuisance.

Just like in any other instance in his life, Giovanni received what he requested and coachbuilder Ghia presented him with a 500 that had no roof or doors. It did have wicker seats to accommodate salty, sandy and tanned occupants. Best part of all, it was tiny enough to be loaded onto a yacht. Luckily for yacht owners worldwide, Fiat decided to put this marina cruiser into production. When the 600 came along, it received the roof-out-woven-seats-in treatment as well. Despite being produced for 11 years, up to 1969, just a few hundreds of these Jollys were built. And those which have not been etched away by sea salt are really pricey. Expect to pay at least EUR 50,000 for one in good nick. 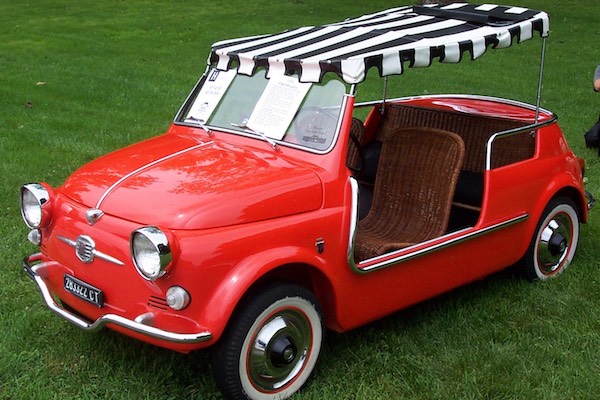 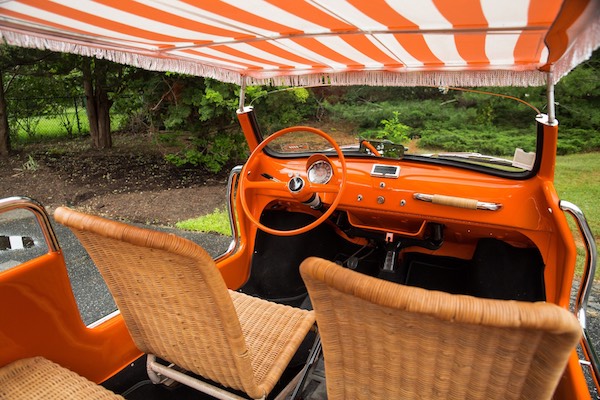 Of course, if you’re a well-off yacht owner, you might not want to be seen in a car that millions of plebs drive all around the world, so 500 and 600 variations were a no-go. That, perhaps, was the reasoning when Giovanni Michelotti - the man who penned the BMW 2002, various Triumphs and a plethora of other designs – introduced the Fiat Shellette. The car was named after Phillip Schell, a yacht designer who also had a hand in the creative process, but it is also sometimes referred to as a Spiaggetta (Spiaggia being beach in Italian). 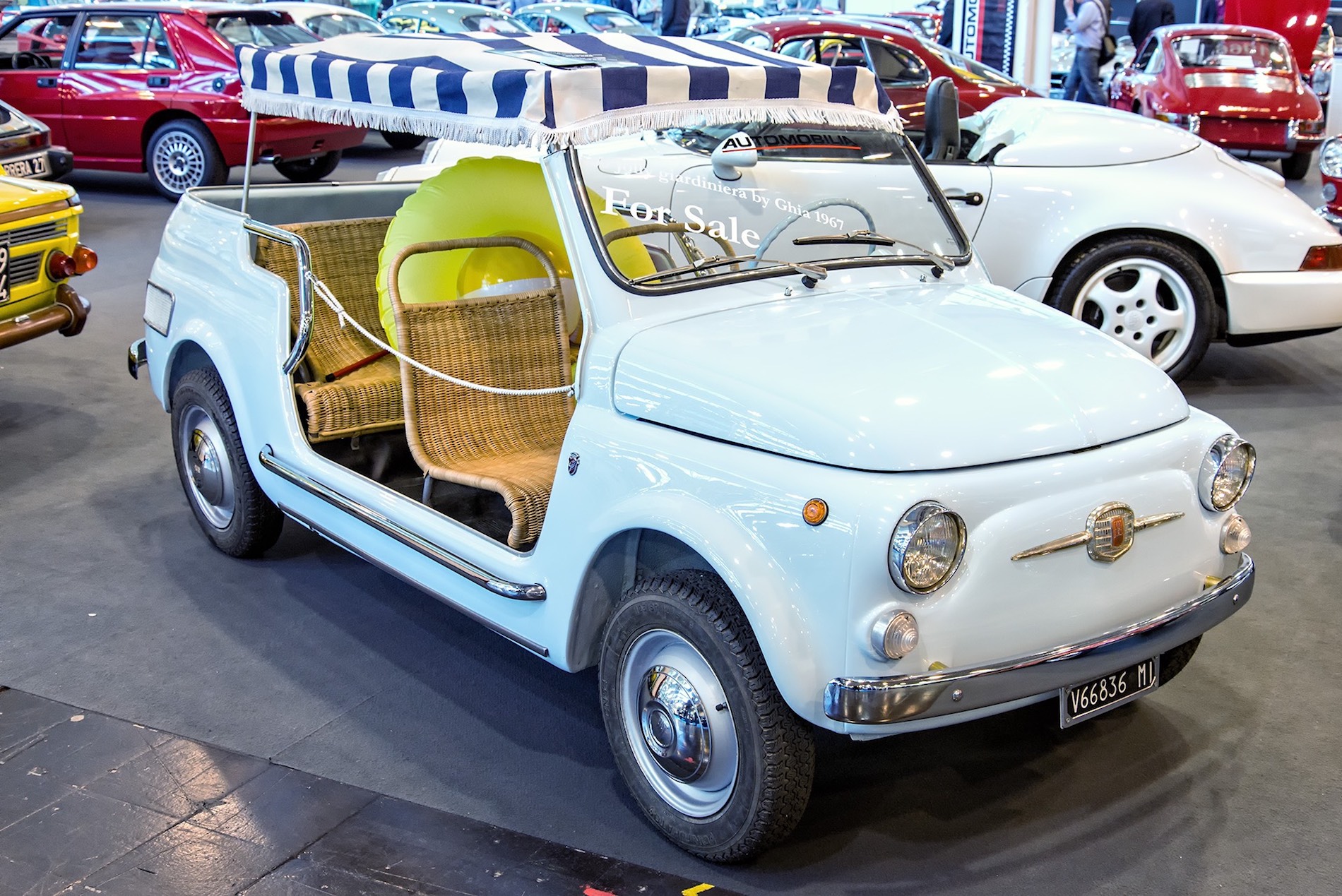 Underneath the pretty sailboat-inspired body and wicker (of course) seats, hid the mechanical bits of Fiat 850. Its 47 bhp power plant made the Shellette quite a bit spritelier than the Jollys and this microscopic yacht could cruise at 100 km/h.

As you can see, this marina runabout was much more luxurious than the Jolly. Albeit the actual production numbers are unclear, they should be around 80 or so cars. The car was built from 1969 and its owners were top tier people, including Dutch Royals and Jacqueline Kennedy Onassis. It is currently thought that around 10 Shellettes remain. Given such exclusivity, you might be surprised to learn that the Shellettes change hands for around EUR 60,000. Or at least that’s what one of them fetched in a 2016 RM Sotheby’s auction. 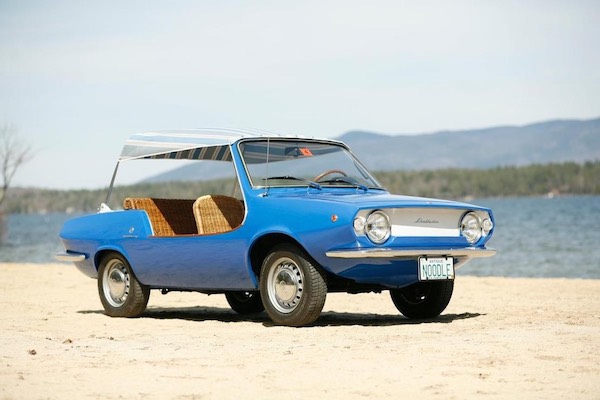 Fiat Shellette was driven by the 1%
©Bonhams archive 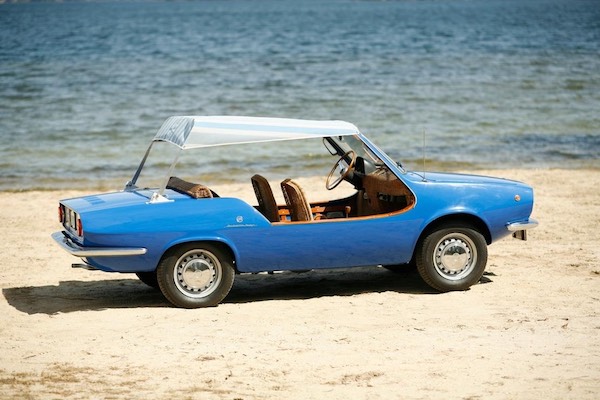 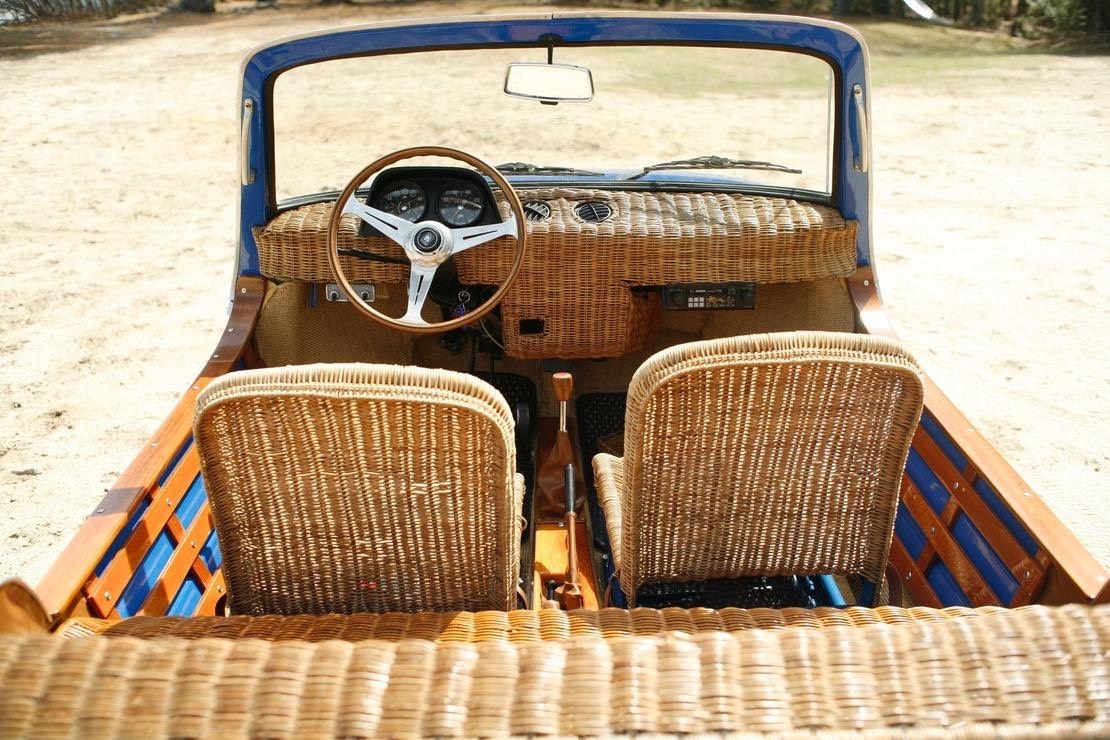 Michelotti was already toying around with the idea of a beach-specific car more than a decade before the Shellette. It was based on the original Multipla and could seat up to six people. It remains unclear how an Italian business tycoons are supposed to bring one on their yacht. Not that anyone had a chance to do so – 600 Marinella remained a prototype. Which is a shame, as I believe there was a niche for people carriers with six woven seats and no doors. But Fiat, apparently, thought otherwise. 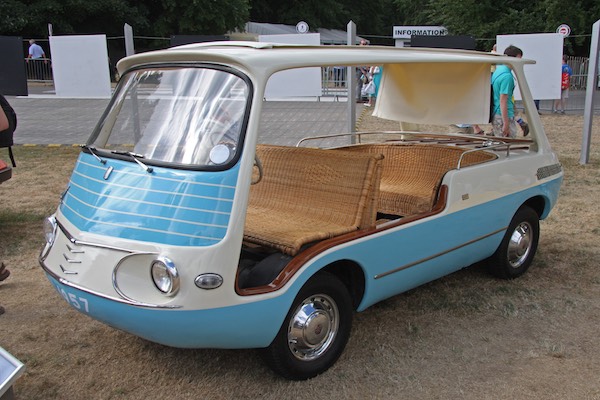 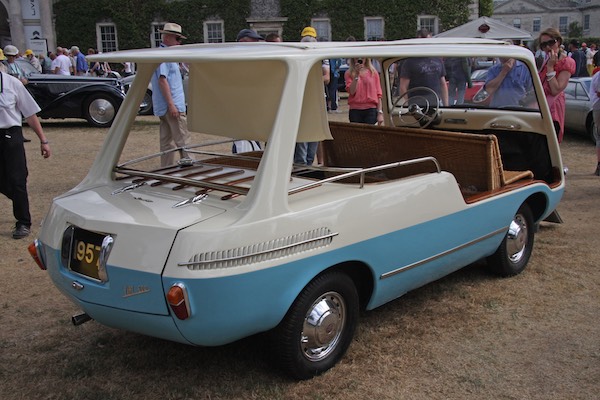 Up to 6 people could roll to the beach in one of these beauties
©Brian Snellson, Flickr

With limited availability and high prices of Italian beach cars, it is certainly not for everyone. But that is what makes it an elite experience. Should you source one of these cars yourself, you’ll get a chance to feel like 1960s Giovanni Agnelli, at least for a short while.