Many of the non-French younger readers may not even know of this automaker, which halted its production in late 70s. Personally I was unaware of Simca until I started spotting these funky little rear-engined cars in car shows and meets a couple of years ago. It is odd that Simca manages to slip under the radar despite being among the biggest French car makers in the past and producing some excellent everyday runabouts as well as rally cars and hot hatches. Here is the short summary of the rise and fall of Simca.

The company was founded by an Italian-born French entrepreneur going by the name of Henri Pigozzi. He had been dealing with Fiat’s commander in chief Giovanni Agnelli (senior, not the playboy with impeccable style) and figured making cars is actually a good business. Using his relations with Italy’s automotive mogul, he arranged to build rebadged Fiats under a license. And we know that Fiat is always eager to license others to build their cars. Newly found company was dubbed Société Industrielle de Mécanique et de Carrosserie Automobile. Because it doesn’t exactly roll of the tongue, the establishment started in 1934 was simply called Simca.

Up until the WWII, Simca was simply stamping Fiat clones, namely that of Fiat 500 Toppolino (Simca 5 CV), Fiat 11 CV rebadged as Simca 11 CV and the like. Not overly creative, but it was a good business model. Unfortunately, the war started and Simca‘s business came to a halt. The firm persevered and restarted their activities after the war. Some claim it was only Henri Pigozzis close relationship with the Italians that saved the Simca facilities from getting bombed by the Germans. The reason being that Nazis were allies with Italian Fascists.

After the war had blown over, battered France was reinventing itself, and so was Simca. They have produced the first car of their own design, named Aronde (meaning “Swallow” in French). Not quite as austere as some of the post-war offerings, Aronde still became a popular offering. The car was a real money maker for Simca, and the company offered it in a large selection of guises. There were big floaty coupes, saloons and pick-ups. The model span for three generations and by the time its production ended in 1964, Simca was the second biggest French automaker, only behind Renault. 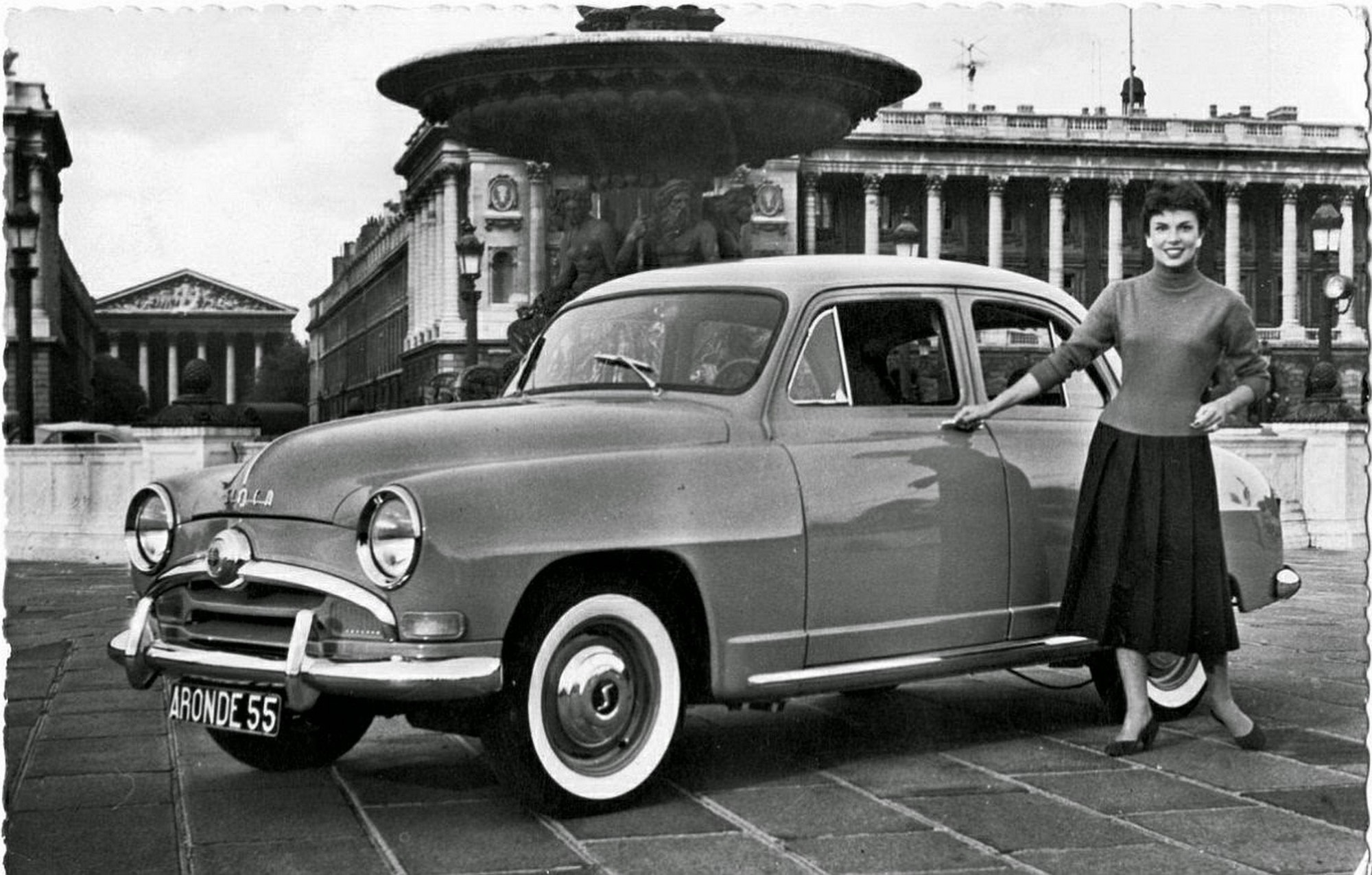 Simca Aronde was manufacturer’s first car of their own design
©Keijo Knutas, Flickr

There was no doubt the Aronde was a nice car, but it lacked some sort of a spark. It was not a petrolhead’s dream car. Luckily, it was mended when the Simca 1000 came around. This small rear-engined four door was planned as a Fiat, but the Italians went on to build the 850, while Simca retained the 1000 design. And surely, the car is very Fiat-y in its small, economical yet nimble and fun nature. So much so that Bertone and Abarth got hold of it and introduced some aesthetics and performance into the little automobile.

Italian tuner Abarth had always been keen to turn little everyday commuter cars into mean racing machines and Simca 1000 was a perfect candidate for his next venture. The car was abundant, well put together and, crucially, more modern than aging Fiat 500 or 600. The old man Abarth bored and stroked the 944 cm3 engine to 1135 cm3. The car thus received the SIMCA Abarth 1150 moniker and debuted in 1962. In its most powerful Corsa guise, the little car pushed out 85 bhp – more than twice what the stock car made. Fortunately, Carlo Abarth was wise enough to fit the little rocket with four-wheel disc brakes. Unfortunately, it never made it past the prototype stage. It is a shame, as it would have been a capable competitor to Renault 8 Gordini. Sure, Simca later produced their own racing version of the popular Mille and dubbed it the Rallye. Albeit it still did not sell in massive numbers, it was a true racecar for the everyman. 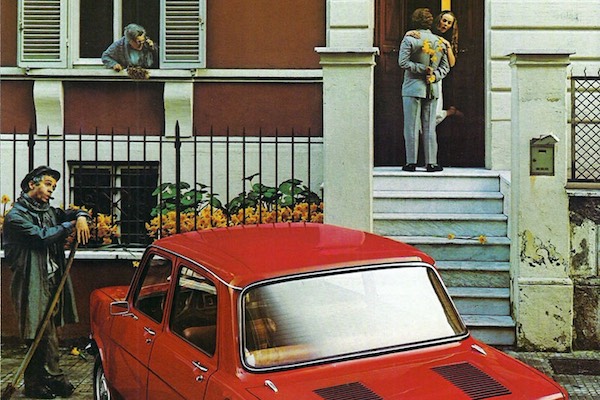 Simca 1000 started out as a project for Fiat.
©Keijo Knutas, Flickr 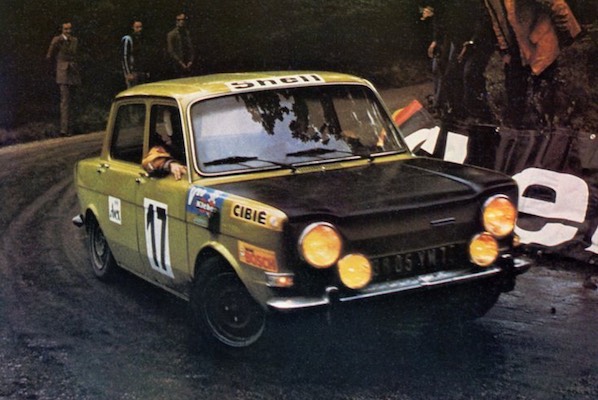 While Abarth was working on extracting more performance from the petite Simca, Bertone was commissioned to pretty it up. And if you look at the pictures of Simca Coupes, you’ll agree they exceled at it. Little wonder, since the project was guided by the design wunderkind Giorgetto Giugiaro himself. Albeit pretty, the Simca Coupe was quite expensive. Its tame 944 cc engine didn’t do the Coupe any favors. Even though it was slightly tweaked and later revised for the 1200S model, the performance couldn’t match the looks. Around 26 000 Simca Coupes were built in total, so while they are rare, they remain attainable. 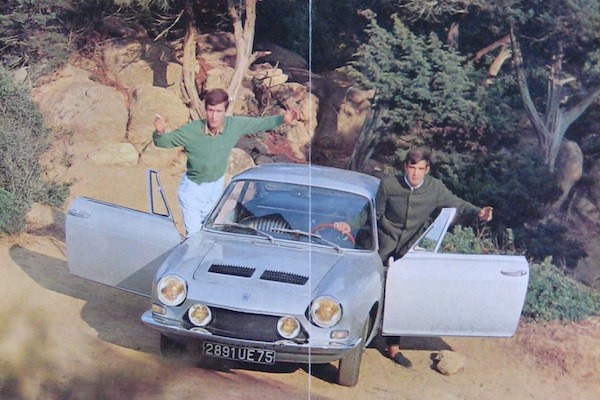 It is not clear what is happening in this promotional image for Simca 1200S Coupe.
©Keijo Knutas, Flickr 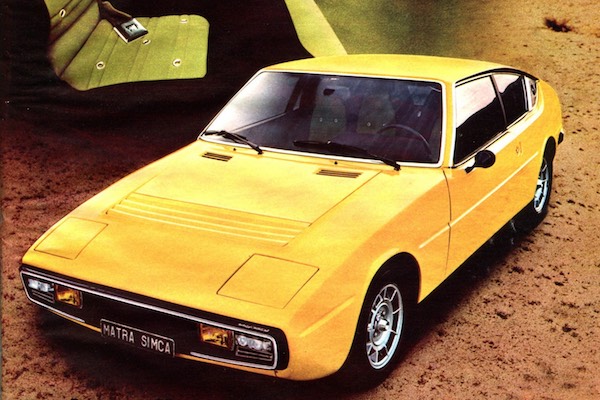 The years passed and Simca was absorbed by Chrysler Corporation. Henry Pigozzi himself was sacked from his own company following a disagreement with the new owners. And yet, Simca was not done with injecting practical cars with performance. 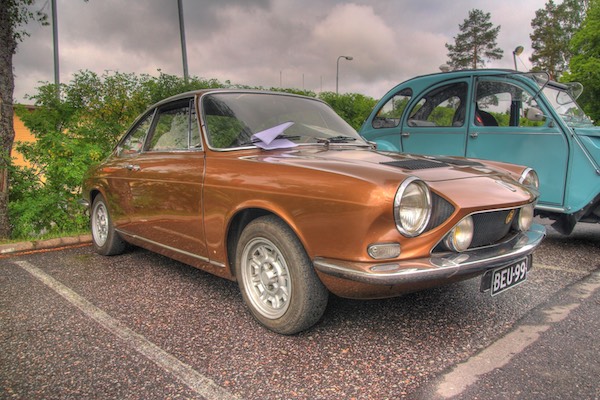 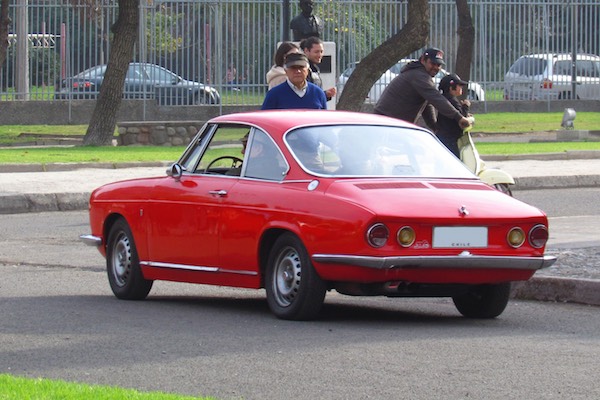 Perhaps the last brightest moment of brilliance came in a form of Simca 1100 ti. The model it was based on, barebones 1100 hatchback, was excellent in its own right. With clever packaging and trailing arm rear suspension, the small car was admirably practical. Somewhere down the line, the French thought it’s a good idea to fit the car’s 1.3 l engine with twin choke carbs, upping the power to 82 bhp. External mods included alloy wheels and, crucially, a spoiler. Presented in 1974, it predated the Golf GTI, thus was possibly the first true hot hatch. 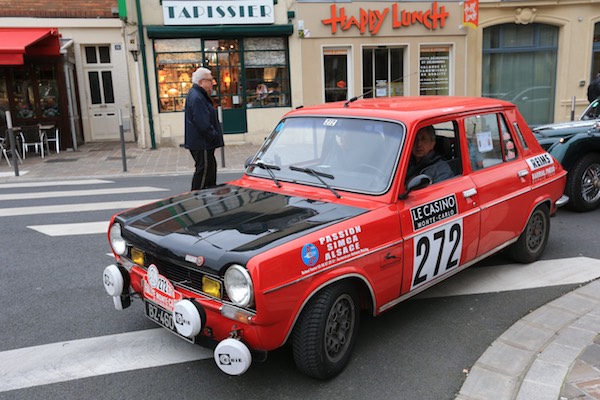 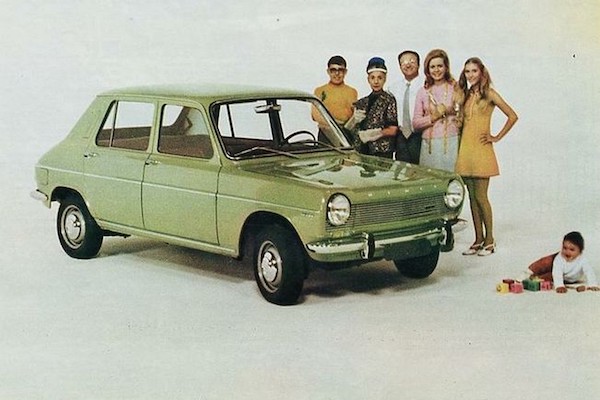 Regular 1100 hatchback itself was a feat of clever design
©Keijo Knutas, Flickr

Chrysler Europe flopped pretty soon after that and with it went the Simca. Their cars were rebadged as Talbots and produced for a few more years. Peugeot bought former Simca‘s factories and started building their own cars there. Perhaps the very last vehicle of Simca‘s lineage must have been the Peugeot 308 (originally designed as Talbot Arizona).

Want a Simca of your own? Well, they were produced in large quantities, so finding a decent example shouldn‘t be too hard of a task. The most inexpensive ones start at few thousand euros. As a perk, you may even get to visit the French countryside while on your search.