Ford GT90 is an Inspiring Concept

More than two decades have passed since Ford introduced the GT90 in Detroit's auto show. It was a white edgy showcase for Ford's innovations and design trends. The trend which was later seen on such models like the Cougar and ... the Ka.

Although not everyone is thrilled about the latter's appearance the GT90 could almost be able to hide its age in this year's auto show. And it's not only the looks - it possessed some contemporary features like active aerodynamics and a blind-spot warning system. Not something one would find on its older brother - the legendary Ford GT40. To be fair it is quite difficult to link these two together but they do share some origin similarities. 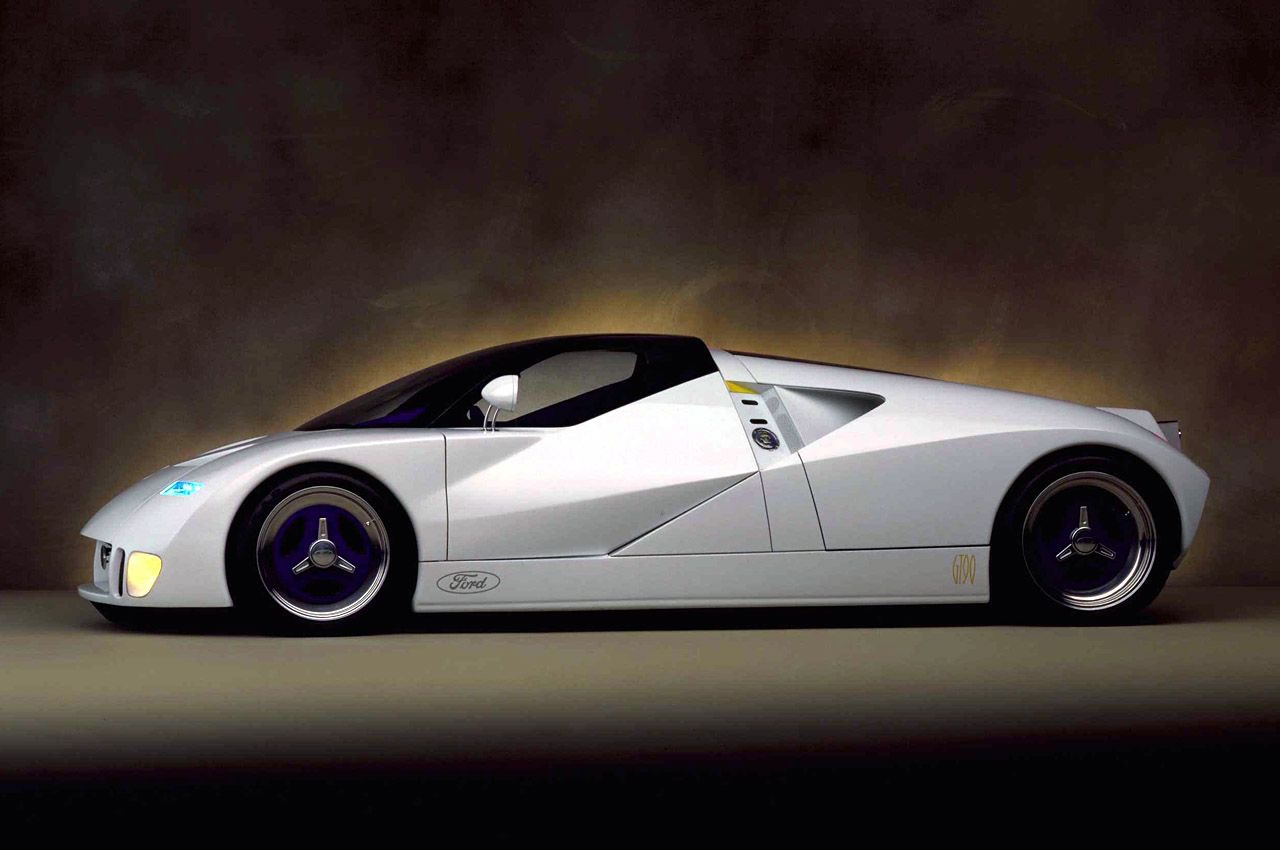 The GT40 has two American parts: it's eight-cylinder engine and the blue oval - everything else was produced by the British. The story is quite similar with the futuristic GT90. Although it was assembled by a small group of SVT engineers in the United States, it's key components like the honeycomb aluminum chassis, inboard wishbone suspension and the manual 5-speed gearbox were borrowed from the very British Jaguar XJ220. As for the engine - a freshly developed V12 was installed. 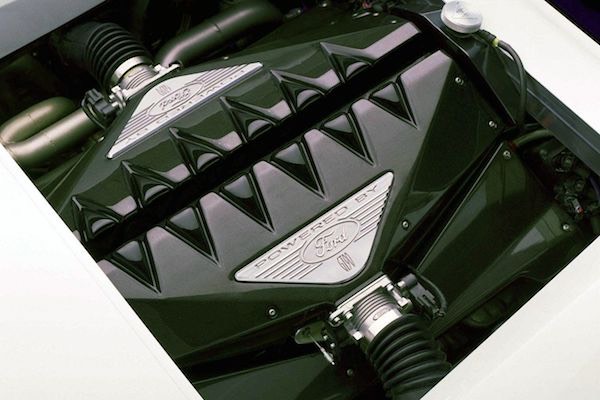 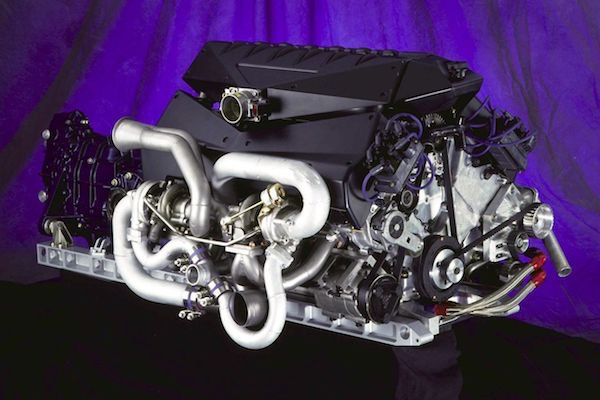 This was made out of two Linclon V8s

By 'freshly developed' I am referring to an operation involving two Lincoln >Mark VIIIJohn Colleti minimal request of 600 hp, four Garrett T2 turbochargers were attached. Finally, all of this engineering was hidden under a carbon fiber body which was also covering a particularly blue interior. 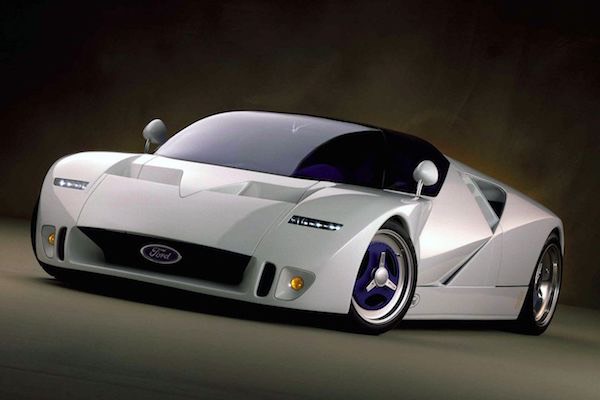 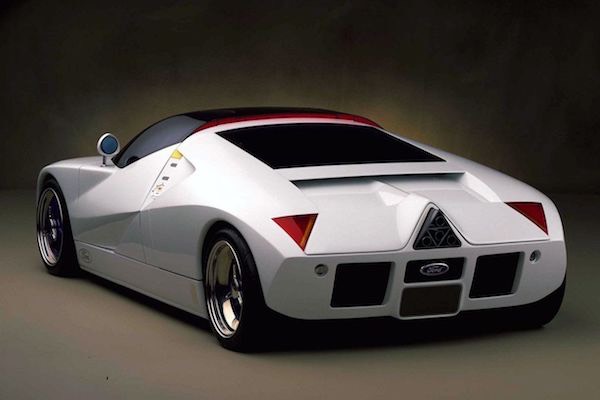 The interior can be accessed by pushing a button next to the door. It's like entering the Ford badge: from the deep blue only a square carbon fiber center console and an exposed shifter mechanism stands out, similarly like in the Spyker C8. The steering wheel is directly connected to 18inch 275mm wide "GT90" treaded front wheels without any power assistance. A lack of power assistance was also noticed in the engine bay. 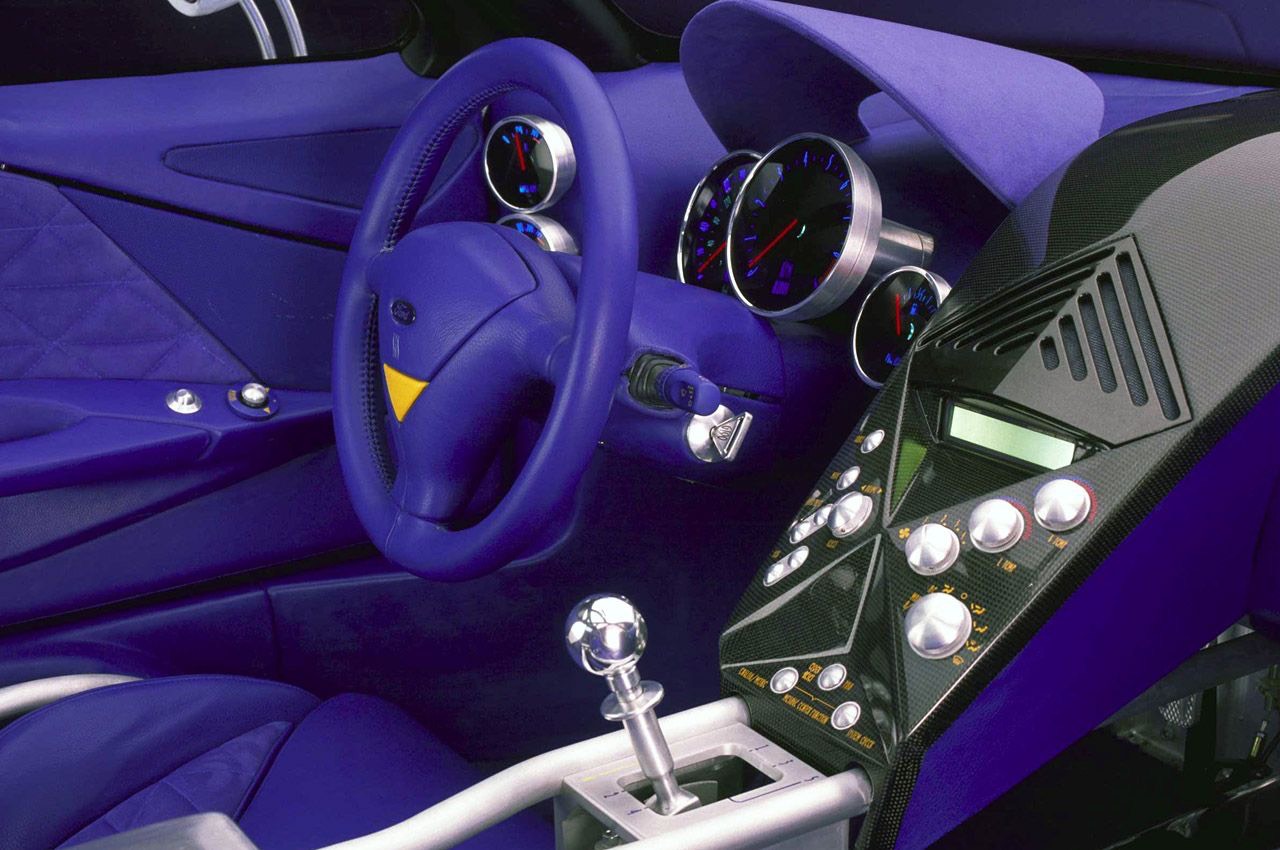 Wastegates of the four turbochargers were left fully opened due to insufficient testing. So instead of 720 hp and 895 nm the engine was producing only about two thirds of its power. This meant it was impossible for the GT90 to accelerate to 100 km/h in 3 seconds or to reach the claimed 370 km/h top speed. 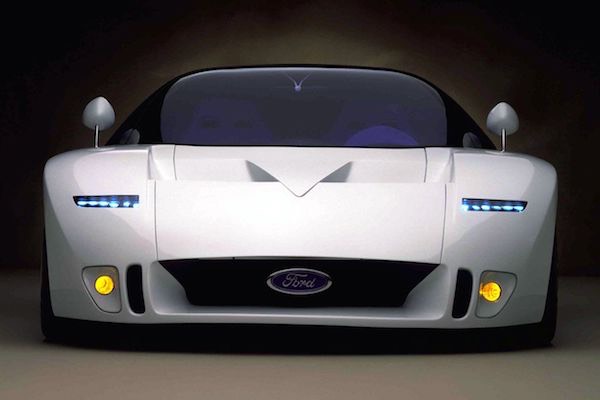 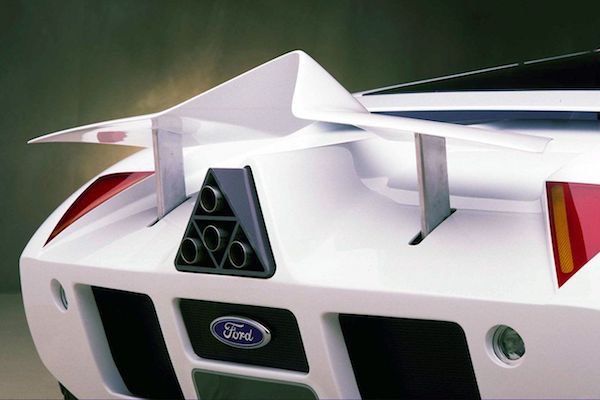 The white Ford never went into production and was left only as a one-off showcase machine. A bit of a shame because it was a good effort from Ford to create a true supercar.