Mercedes-Benz C112 was one of those cars that were born out of the engineers’ desire to try out the time-tested technology in racing sports.

After the successful 1990 season in Group C competition, Mercedes engineers wanted to celebrate the victory by working overtime for 7 months to test the active suspension system in a car dedicated for public roads.

At first, the engineers planned to mount the active suspension into a humble 190 series sedan. However, when Daimler and Sauber team leaders walked into the room and started to make changes, the final project didn’t resemble the initial plan at all.

Wanting to test the new tech, the German specialists created a supercar with 6-litre and a twelve-cylinder petrol engine that could reach up to 408 HP and 580 Nm torque. This type of supercar was chosen so that the engineers could demonstrate how the active suspension works while driving at high speed. 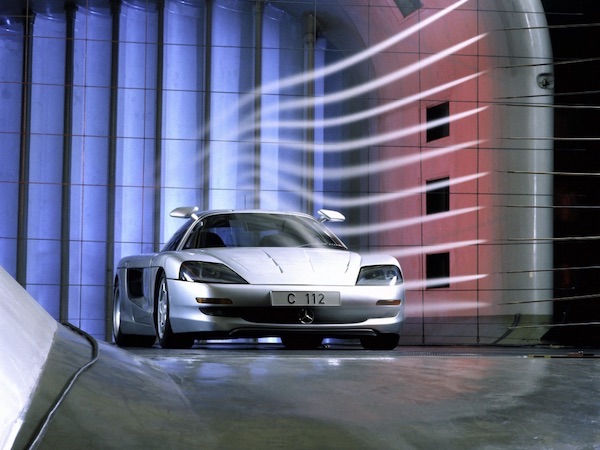 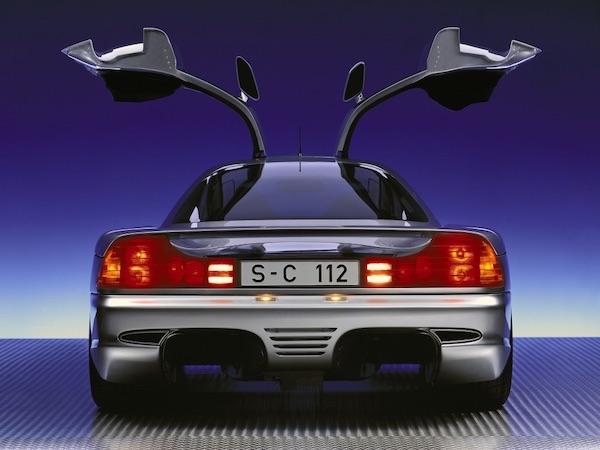 C112 became the first Mercedes-Benz lightweight car that had the Active Body Control system. It’s a hydraulic chassis system that regulates the chassis adaptivity to the road, minimizes body swings, as well as ups and downs when making turns, and the level of tremor when braking or when starting to drive. And all of it is done in milliseconds. Countless sensors would continuously monitor the car’s bodywork and suspension and, according to the received data, would try to eliminate the swinging and ensure the perfect stability. 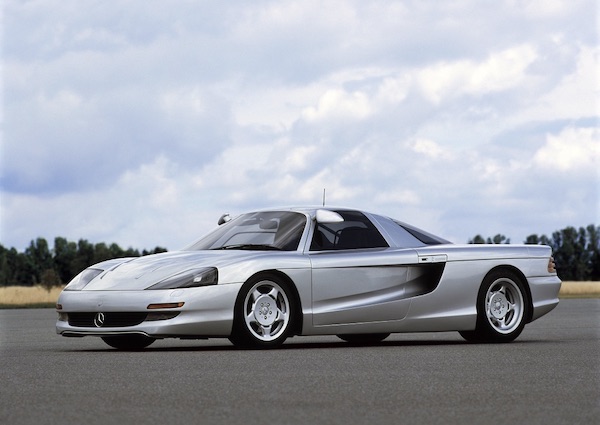 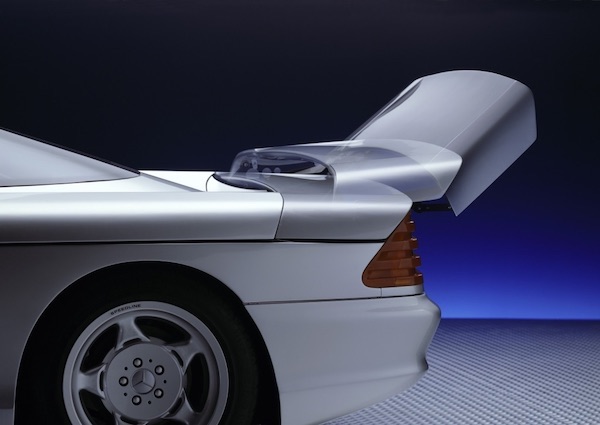 C112 also had a rear-wheel-drive that would ease the car’s handling on winding roads. However, it was most effective when driving at high speed.

The active suspension and a rear-wheel-drive system helped to create such a car that could make turns while driving 50-60 km/h faster than the analogues of those times. It was like a knife under a neck for Ferrari and Lamborghini. 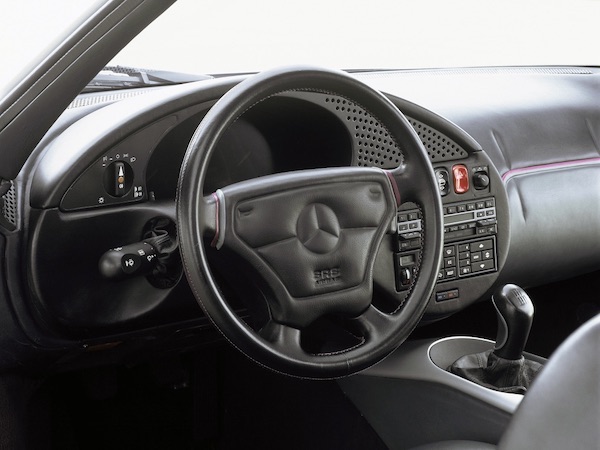 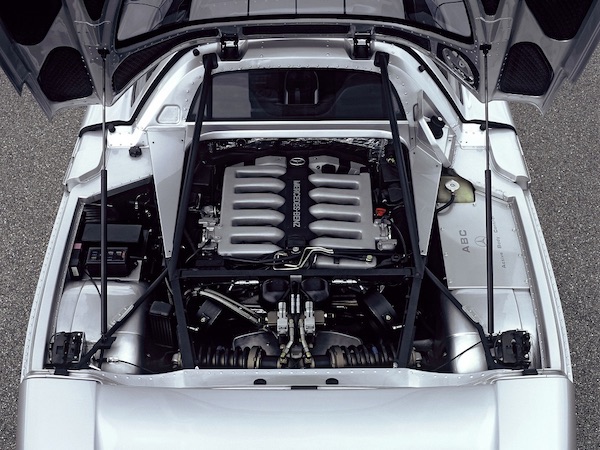 Another unique feature of C112 is aerodynamics. Mercedes-Benz car was equipped with rear and front spoilers that would adapt according to the driving style, speed and other parameters. For example, when driving at 250 km/h or faster, the rear spoiler would lift up and turn at 65-degree angle.

Meanwhile, the spoiler hidden beneath the front bumper did the same function as a rear spoiler. Until the car reaches a certain speed limit, it remains idle, but when driving at 250 km/h, it would descend a bit and increase the air permeability. 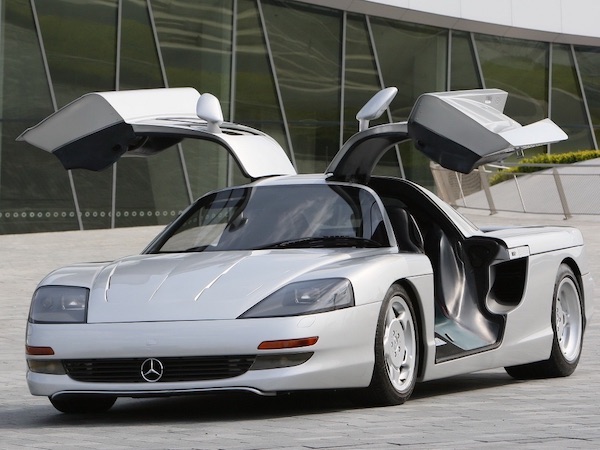 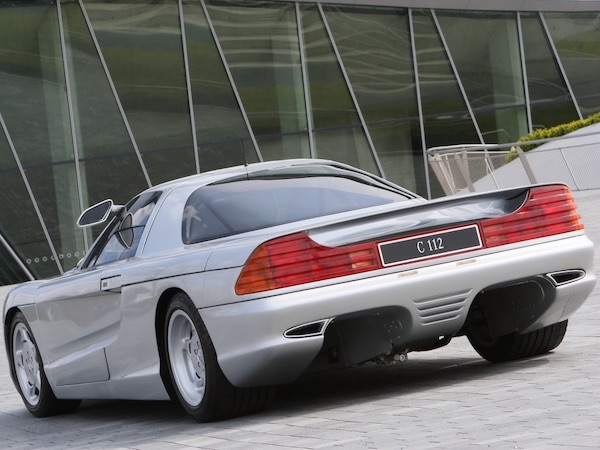 Mercedes-Benz C112 presented in 1991 became the Kim Kardashian of auto journals. Each month, every journal had at least one article about this technological miracle.

Still, a supercar that could reach 310 km/h never went into mass production for the reasons unknown until this day.

Unofficial sources say that the Mercedes-Benz was not ready to offer the technology in C112 for the world. It seems that even 700 pre-orders didn’t manage to change the minds of Mercedes executives.