How Could We Forget the Renault Sport Spider?

Building fun little speedsters with no interior, no amenities and sometimes with no windscreen, is usually a path taken by some left field automakers like Caterham or Radical. To see such car coming from Renault, must have been rather unexpected for the people who witnessed its debut in Geneva Motor Show of 1995. It was a welcome addition to sensible yet boring cars Renault was offering at the time, think Twingo or Espace. Perhaps the most exciting bit of the Spider, was that it was not sensible at all.

Most strikingly, it did not have a windshield. This luxury was only added when the Spider hit UK shores, probably with the appalling British weather in mind. Even then, any kind of top was never offered. Get inside the car through scissor doors and you’d find the stripped out, no-nonsense (and no comfort) theme extended inside. There you’d find two seats, driving instruments and a dashboard with a couple of buttons in it. The controls were extremely direct, both steering and brakes came sans power assist. The Spartan interior was finished off with a fully functional and very reassuring roll-bar. The car did come with an airbag and regular seatbelts, but that was probably only meant to please the bureaucrats in Brussels. 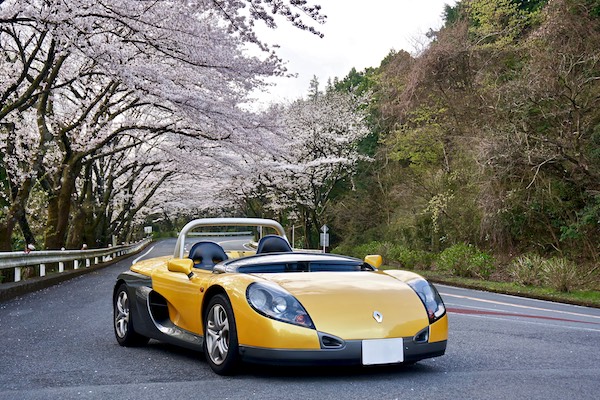 Spider is motoring in its purest form
©M, Flickr 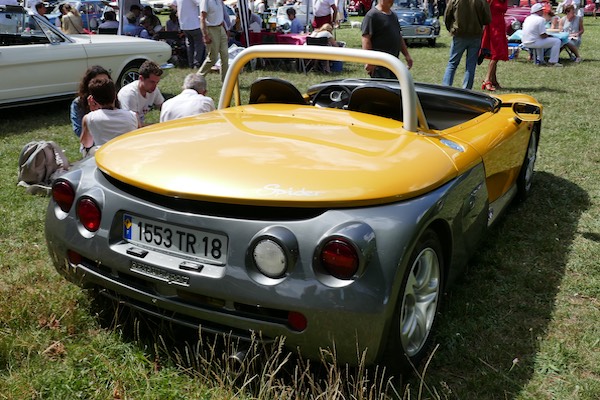 Majority of these cars seem to be in signature Renault Sport yellow
©Benoit Patelout, Flickr

In the center of the car, both literally and figuratively, was a 2 liter four cylinder naturally aspirated power plant. 16V, 148 bhp engine came straight out of Renault Clio Williams, an iconic automobile in its own right. Except in the Spider, the same engine had less mass to lug around. Not only all of the creature comforts were gone, the chassis was all-aluminum. Thanks to that, the Spider tipped the scales at 930 kilos. That does not make it the lightest track toy out there, but the car received a fair share of chassis bracing and didn’t feature any high-tech carbon fiber. 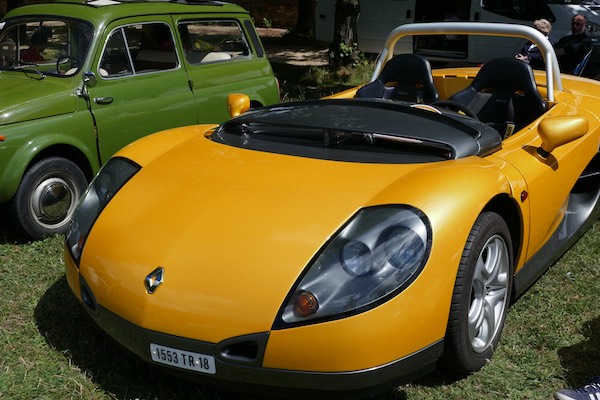 There was a little deflector upfront to channel the air up and over the occupants. Helmets were still obligatory
©Benoit Patelout, Flickr 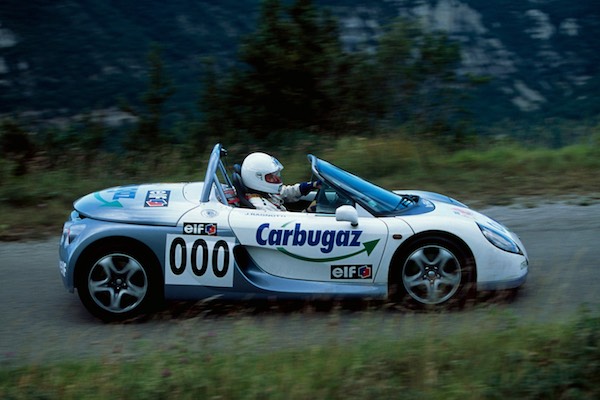 If it looks all too much like a racecar for you, don’t be surprised. From the onset, the Sport Spider was designed to compete in a single model race competition – Renault Spider Cup. Competition spec cars were slightly tweaked in terms of power and sported 180 bhp motors. As always, putting a host of exactly matched racecars on the track made for very interesting motorsport action. You can have a glimpse of it here:

So the Renault Sport Spider was truly a racecar for the road, something very extraordinary indeed. How could we all just simply forget about it? Ok, you may have been all aware of the Spider’s existence all these years, but I most certainly was not.

The reason why the Spider disappeared from the automotive map so quickly was partially because there were not so many of them to begin with. Originally Renault only sold the Spider for GBP 25,950, not a low price, considering you could buy a Mazda RX-7 for the same amount of money. To make matters worse, at around the same time, Lotus launched their original Elise, which was slightly better in almost every quantifiable way. As a result, only 1635 Spiders were ever produced. It is unlikely to see one in your local trackday and that is partially the reason these little Renault Sport creations have faded from our memory. 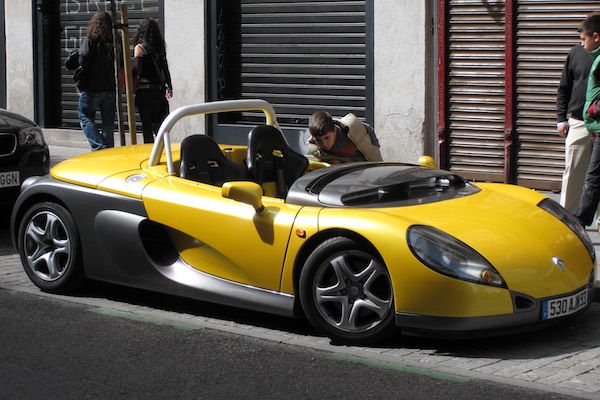 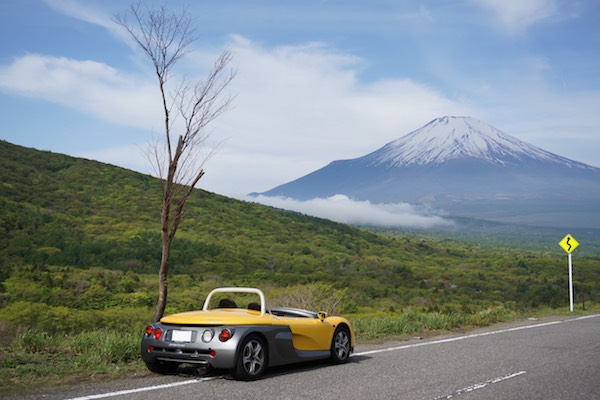 A Spider in front of Mt. Fuji
©M, Flickr

But regular enthusiasts forgetting a car is only one side of the story, it is especially odd that Renault never brings the Spider up either. Usually, the automaker is really fond of its sporting models, using every opportunity to remind us of them, be it the old-timey Renault 8 Gordini or the ludicrous Clio V6 from the 2000s. 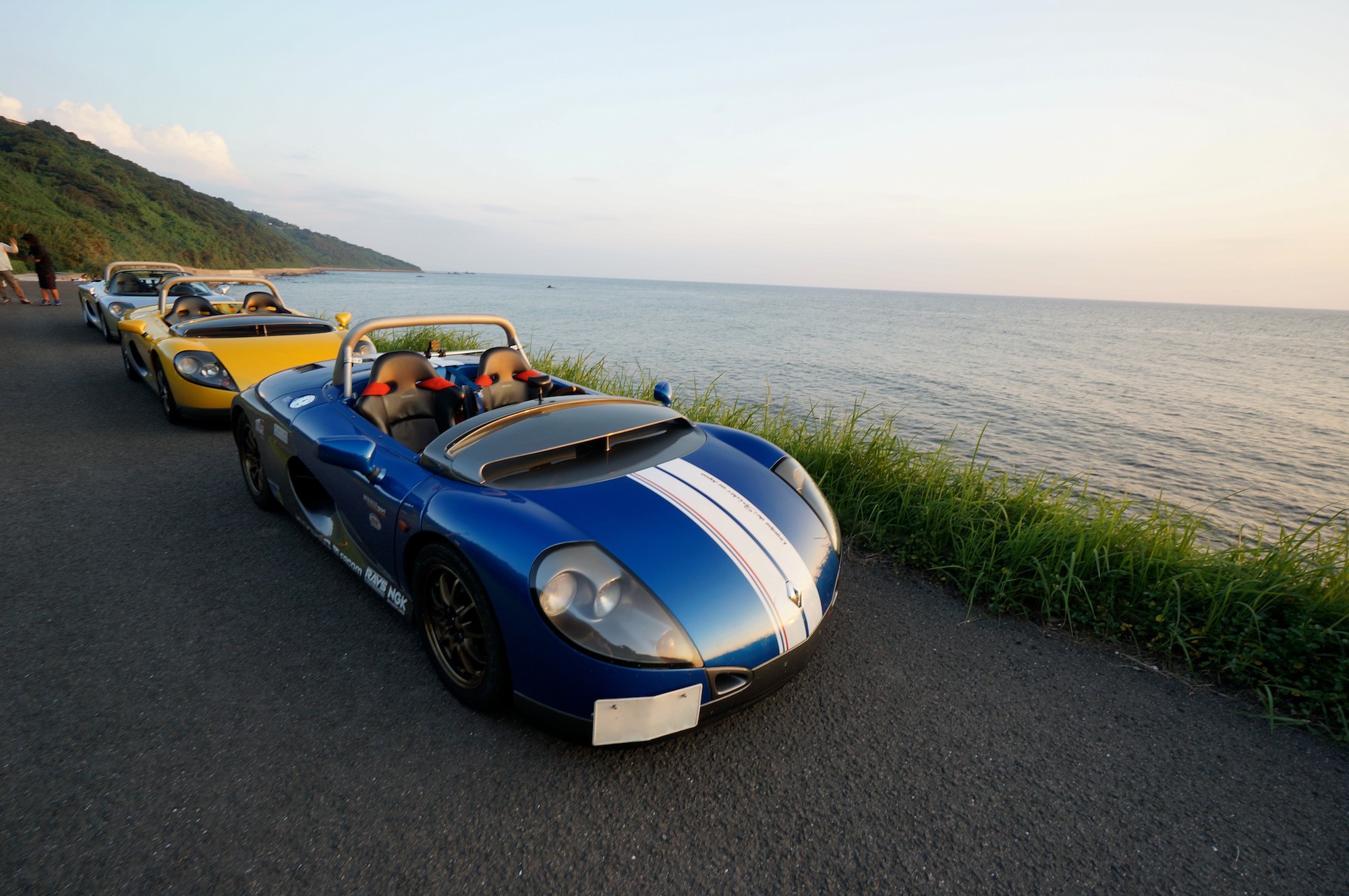 An unlikely sight of three Renault Sport Spiders in one place
©M, Flickr