A true car enthusiast will always like the French way of doing cars. The French – and Renault in particular – put into serial production what other manufacturers were even afraid to show in one-off concept models. Yes, their products were not always commercially successful, but you have to agree that the world of automobiles would definitely be a lot more boring without serial Renault models like the Avantime, the Vel Satis and the Kangoo Be Bop. But continue reading if you want to hear about Renault’s true exotics.

One of the first hot hatches in Europe


The Renault 5 that came out in 1972 was a modern, good-looking, front-wheel-drive supermini; it sold well and was even imported officially to the US with the pretentious name “Le Car”. Since the glory days of its racing hero, the Renault Alpine A110, were already in the past, Renault – in an effort to maintain interest among potential buyers as they entered the 1980s – came up with the idea of producing a version of the Renault 5 that would rival the Porsche 911, the Lancia Stratos or the Fiat 131 Abarth on rally courses. 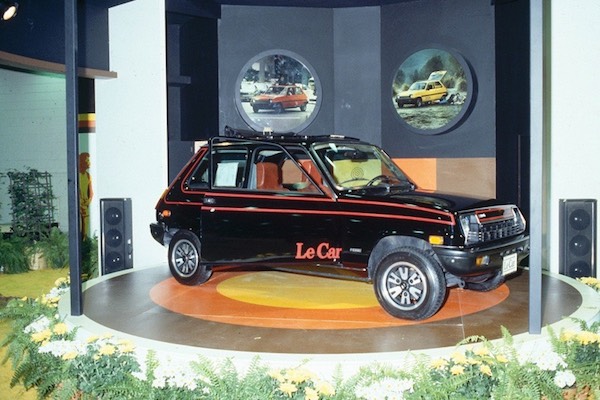 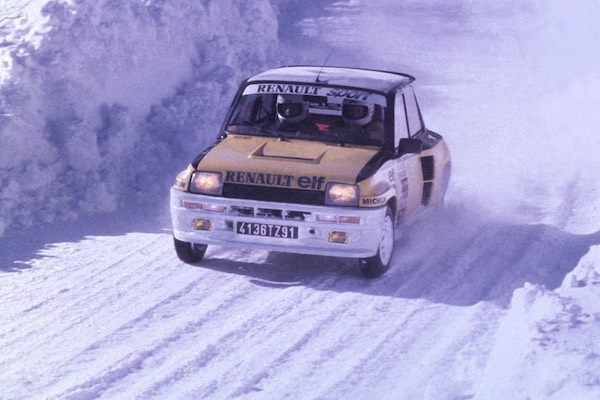 In 1976, a sporty new R5 rolled through the gates of the Renault Sport division – the 1.4-litre 93 hp Renault 5 Alpine/Gordini, which was one of the first hot hatches in Europe. Its basis was used to construct a Group 2 rally version, but the French needed something more serious if they wanted to challenge the Lancia Stratos, which was sweeping rally championship titles one after another.

Thus their attention turned to a mighty device – the turbine. Towards the end of the 1970s, Renault had already gotten a feel for it, since their 1.5-litre turbo engines were successfully competing with their large-displacement atmospheric counterparts at both Le Mans and Formula One. An engine that was this small and lightweight while also being very powerful was just asking to be taken out on a rally course in a Renault 5 body. And the requirements for Group 4, which was the most powerful rally class at that time, meant good news for elite car lovers, since at least 400 of these cars had to be produced for sale on the market.


The project was given the codename “822”, and the first public showing of the turbo R5 in October 1978 left the public speechless. Figuratively speaking, the standard Renault 5 was to the turbo version like Dr Jekyll was to his evil side, Mr Hyde. This little monster looked threatening even when it was parked, and the huge vents on its sides seemed capable of sucking in thousands of litres of air as well as all of its rally competitors instantaneously. 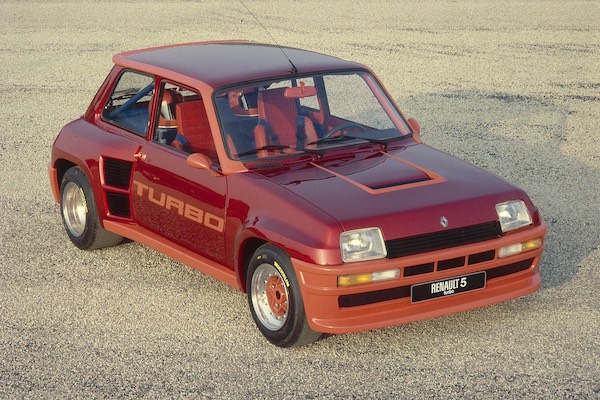 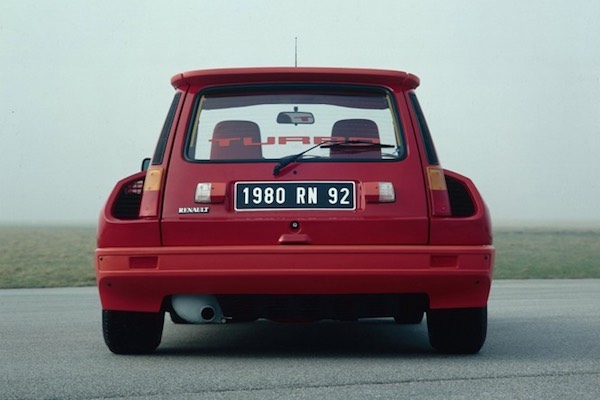 And it wasn’t just the changes in appearance that were major. Technically, the 5 Turbo didn’t have much in common with the standard R5, since the turbo version was heavily modified in order to mount the engine in the middle and force it to drive the wide rear wheels. Due to homologation requirements, Renault decided to forgo a Formula One 1.5-litre engine and put in a 1.4-litre turbo version that developed 160 hp instead. If that doesn’t seem like a lot to you, remember that the car was only 3.6 metres long and weighed just 900 kg. 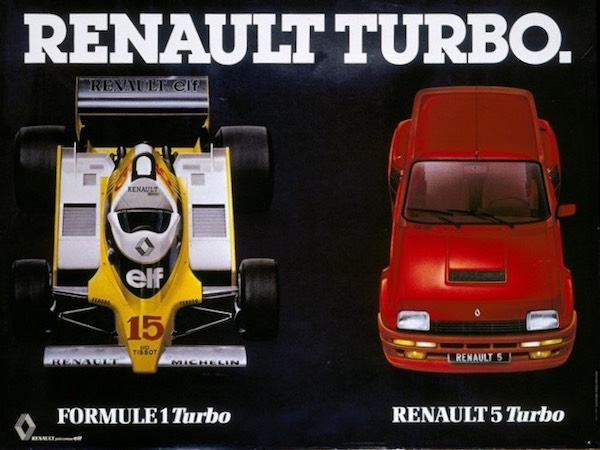 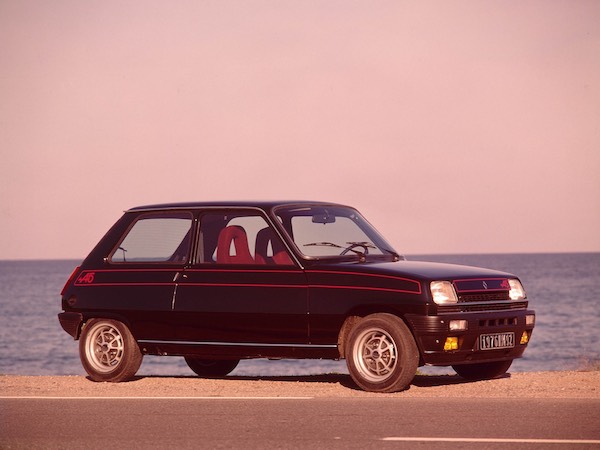 This Renault supercar was well-received by technical connoisseurs and in the three years since its 1980 sales launch, 1,690 of these masterpieces from Renault’s Dieppe plant were sold. In 1983, Renault released a slightly more everyday version that had more parts in common with the serial Renault 5, making it less expensive. Commercially, it was a successful step: in three years (1983–1986) they managed to sell twice as many units (3,180) of the second version, which we know as the Renault 5 Turbo 2.

To make things more complicated, Renault was simultaneously producing another version that what not as dramatic, but still fun and a lot cheaper than the Turbo 2: the front-wheel-drive Renault 5 Alpine Turbo/Gordini Turbo, with a 1.4-litre, 110 hp turbo engine mounted in front. Given – Renault never did achieve its initial goal of dominating the rally scene. They managed to clench a few impressive victories (like at the 1981 Monte Carlo Rally), but in the newly introduced Group B, all-wheel-drive cars that even the 1985 Renault 5 Maxi Turbo 360 hp rally monster had a hard time matching the upper hand. 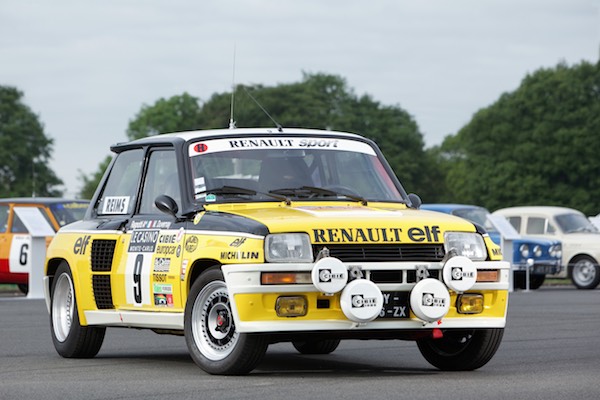 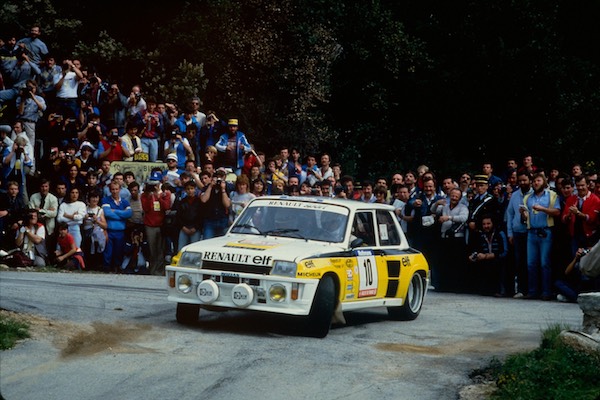 
And the really crazy thing is that those crazy French decided to repeat this entire story again in a modern way. In 2001, one more hot hatch came out that wasn’t like any other hot hatch in the world. We’re used to hot hatches having all of the advantages of a hatchback – like roominess and practicality – while also providing a decent amount of fun. The 2001 Renault Clio V6 was absolutely different. 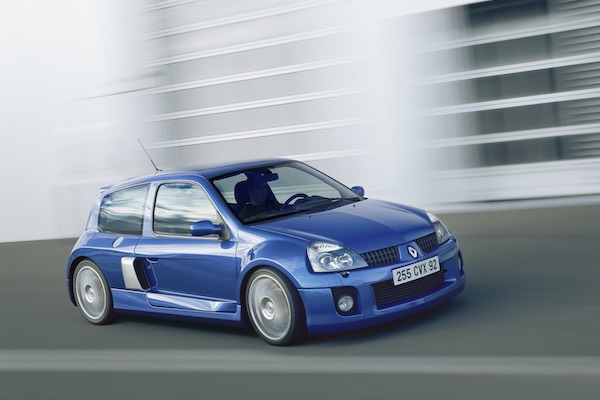 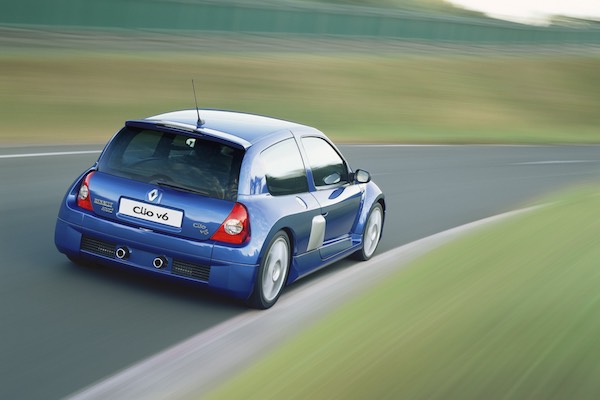 It was completely impractical, but that was perfectly compensated for by its wild character and the roar of the 3.0-litre V6 230 hp engine right behind you. Yes, the rear-wheel-drive Clio V6 was not substantially faster than the hottest front-wheel-drive version of the Renault Clio 172 Cup, since after all of the modifications to put the engine in the rear, the V6 version was 300 kg heavier than the 172 Cup. However, it wasn’t even the dynamic characteristics that made the V6 special. The short, wide, playfully designed hatchback with impressive air intake vents on its sides could even compete with Ferrari in terms of the attention it attracted. And the 3.0 V6 guaranteed more than enough adrenaline for the lucky driver and passenger. 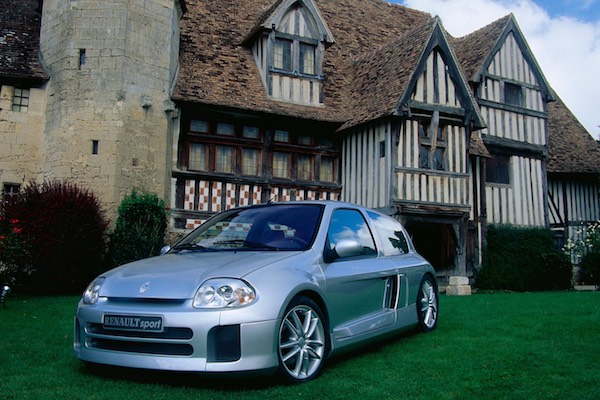 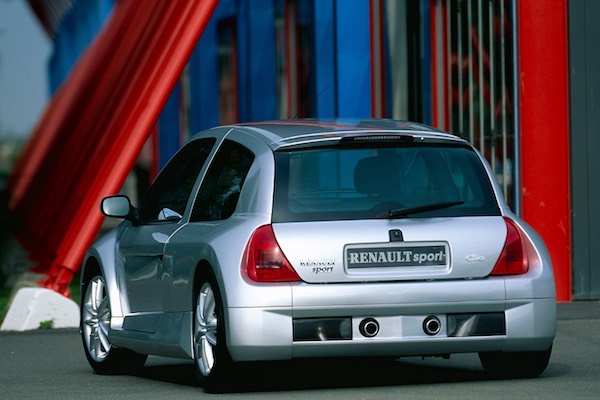 In 2003, the design was updated (to the newer Clio) and the engine became more powerful (255 hp). Admittedly, the Clio V6 was never a true driver’s car and, to put it mildly, was not easy to handle, but it was probably the strangest car around and for that reason – very much loved.

It is therefore not surprising that both of these versions of the Clio V6 are now valued by collectors no less than the legendary Renault 5 Turbo or the Alpine A110. You would be lucky to get a Clio V6 for less than 30,000 euros, while one of Concours quality can cost twice as much. Meanwhile, a Renault 5 Turbo or Turbo 2 can go for more than 100,000 euros.

However, this kind of money is understandable for such unusual and rare cars. After all, if someone was to ask the engineers at Renault “why did you come up with hatchbacks as crazy as the 5 Turbo or the Clio V6?”, you can only imagine one possible answer: “for the love of cars.”