Who do you associate the French automotive industry with? With Renault? Peugeot? Maybe Alpine? And what about Bugatti? Facel and many other manufacturers who made it into automotive history books for more than just having a nice name.

French car makers have always tried to be original. They have always wanted to be innovators – front runners in the automotive industry. Sometimes this strategy worked, sometimes – not so much. Nevertheless, there has never been a shortage of interesting, exclusive cars in this country, and there probably never will be.

A Model Without Analogues

Have you ever heard of the microcar maker Aixam? This is a French-based company specialising in the production of ultra-small cars. All Aixam products are suitable for young drivers who want to enjoy the benefits driving as soon as they turn 16.

So now try to imagine the situation. One warm and calm summer evening, the founder of Aixam decided that it was time to create not a new city car, sedan or estate, but rather – a supercar with increased off-road capability. In 1992, the French patent office received an application to register a new brand – Mega. According to the plan, the new model had to be introduced under a separate brand. 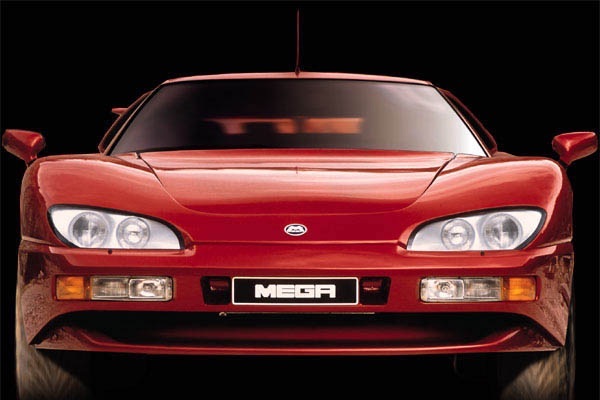 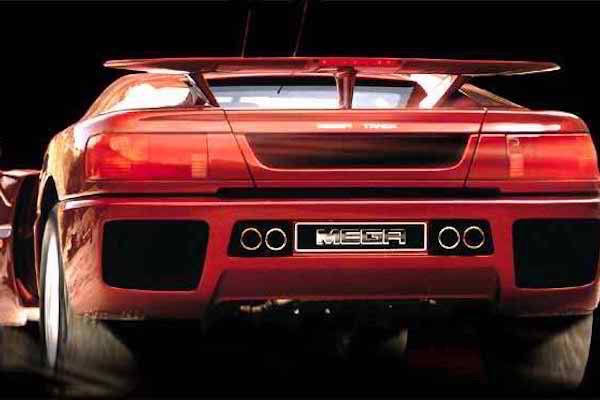 With the project, they wanted to create a car to which neither Porsche, nor Ferrari, nor Lamborghini – which back then only produced sporty coupés – would have an antidote. Two authoritative specialists were brought on board to help – Philippe Colançon, who was a highly respected engineer in France, and Bernard Darniche, who was an experienced rally driver. They managed to create the first prototype for the car very quickly – in just eight months, with only a couple of weeks left before the 1992 Paris Motor Show.

Even though the model on display at the show didn’t look anything like a fully functional car, the approximately 5-metre-long and 2.5-metre-wide Mega Track was met with enormous interest. A lot of people were fascinated by the supercar-like body lines and the 220 mm clearance. Think that’s not enough? With one push of the button, you could increase the ground clearance of the Mega Track to 300 mm. 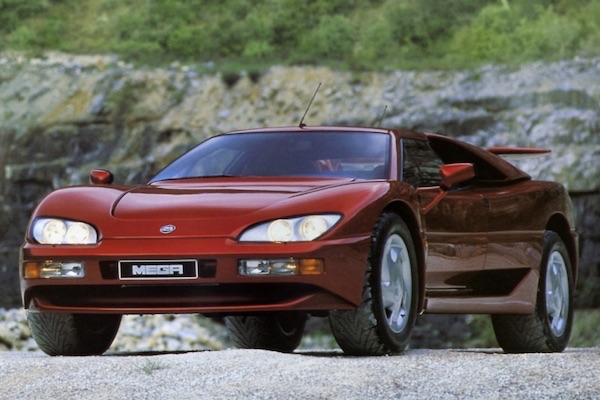 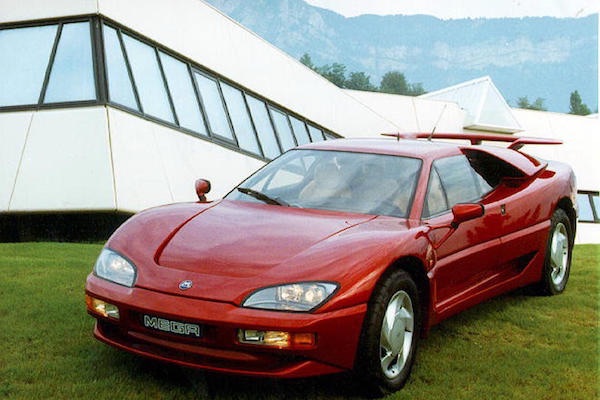 The Developers Themselves Messed Up

Technically, the car was closer to a pure-bred supercar than it was to an SUV. Looking for the right power plant, the designers of the Mega Track originally turned to French car makers, but not one could offer what they wanted. They finally agreed that the Mega Track had to have the V12 engine developed by the engineers at Mercedes-Benz for the W140. An automatic transmission arrived along with it. Meanwhile, the four-wheel drive system was created by the authors of the project.

Despite the fact that the Mega Track weighed more than two tonnes, the 12-cylinder engine allowed the crossover to reach a top speed of 250 km/h and to accelerate to 100 km/h in about 6 seconds, and this car could do this anywhere – on asphalt, snow or gravel.

Many of these types of projects travel into oblivion because there isn’t enough demand. Unfortunately, this time it was the developers of the Mega Track who messed up, because there were actually a lot of people who wanted to buy the car.

After the Paris Motor Show, potential customers lined up for a Mega Track, not afraid of paying a price as high as USD 400,000.

But the problem was that the car at the show was not prepared for mass production. The Mega Track developers didn’t even have employees who could begin limited production.

It took them too long to find staff and test the prototypes for them to hold onto the interest of buyers. Modest production only began three years later, so it is hardly surprising that only five Mega Tracks ever made it to the streets (although some sources claim that 11 cars actually saw the light of day).