Reader’s Drives: Your Favourite Classic Cars From January 2022 Including The Maserati Shamal And The Lamborghini Diablo… 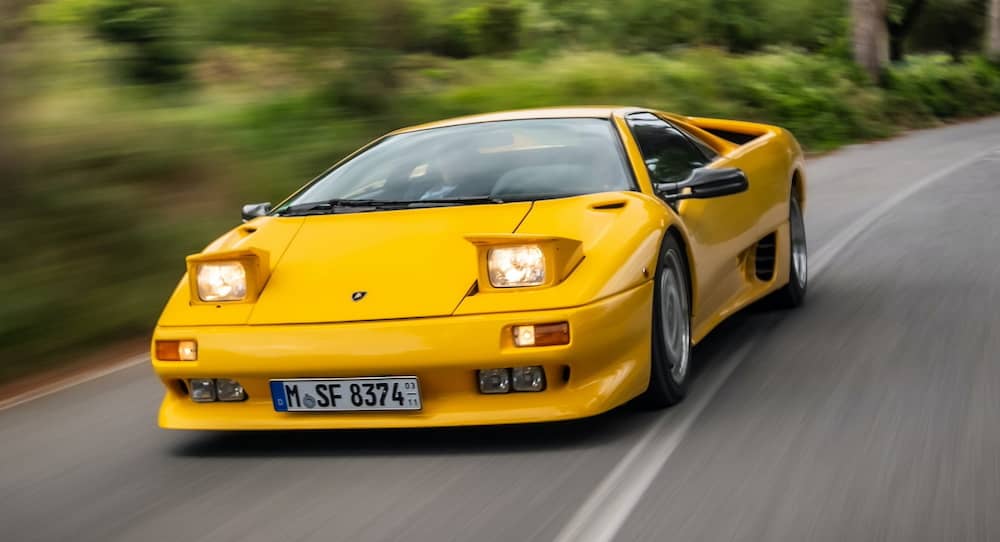 Okay, we admit it. We got a few things wrong in terms of content last year… quite a lot of the stuff we wrote and shared with you, you seemed to enjoy.

On the other hand, our weekly This Week in Cars feature was pretty much our equivalent of “old” Top Gear’s Star In A Reasonably Priced Car - it was there, but nobody took any notice of it because at the end of the day, you didn’t really like it.

Now that’s all well and good, because tastes change. With that in mind, we’ve scrapped TWIC as it became known as at Dyler HQ in favour of Reader’s Drives - the classic and modern classic cars that you liked the most on our social media channels over the course of the last month.

What’s more, we’re open to talking to you - our readers - about the classic car (or cars!) you may own and showcasing it in a Reader’s Drives special feature - if this is something you’d be interested in, then please do get in touch with our editor by sending him an email here.

In the meantime, we hope you enjoy our new Reader’s Drives feature, and as always, we’re always open to your feedback on how we can make things better.

I hope you enjoy this one 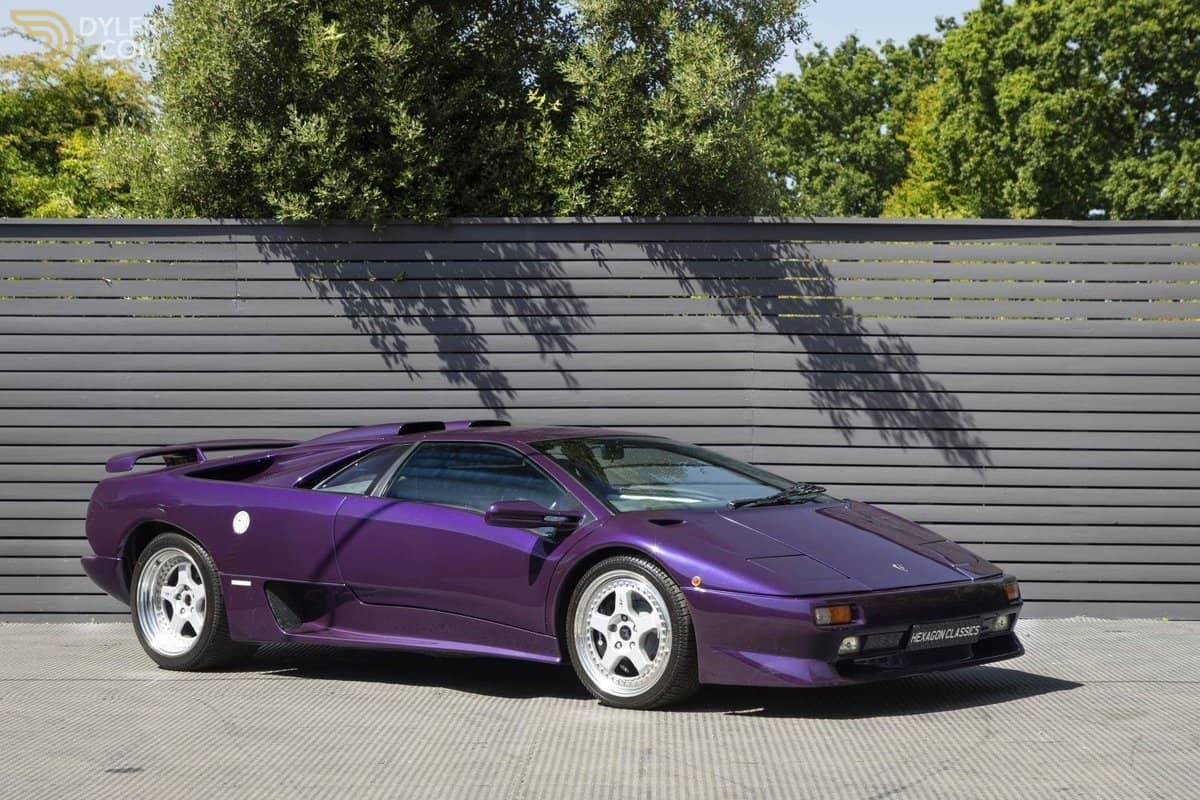 Alright, I’ll come clean - I don’t like Lamborghinis. Apart from the Miura, I find them a bit too showy and shouty. All style and no substance. The ‘Theatre Kids’ of the automotive world, if you will. However, this isn’t about me. It’s about the cars you all liked the most in January, and this is the one that came out tops, the Lamborghini Diablo. As much as the Diablo isn’t my cup of tea, I can see why it’s yours. Let’s consider that styling - it’s properly, properly mad. Not only is it wedgy, it’s massive. Try to park it on any old street of a European city, and you’ll not be able to. It’s too long and too wide. The Diablo is one of the last Lamborghinis before Audi took over the brand, and softened the Italian bombast with their teutonic “do things properly” mindset. To add to the Lambo Lunacy, the Diablo is powered by a 5.7-litre V12 is named - quite literally - after the devil. 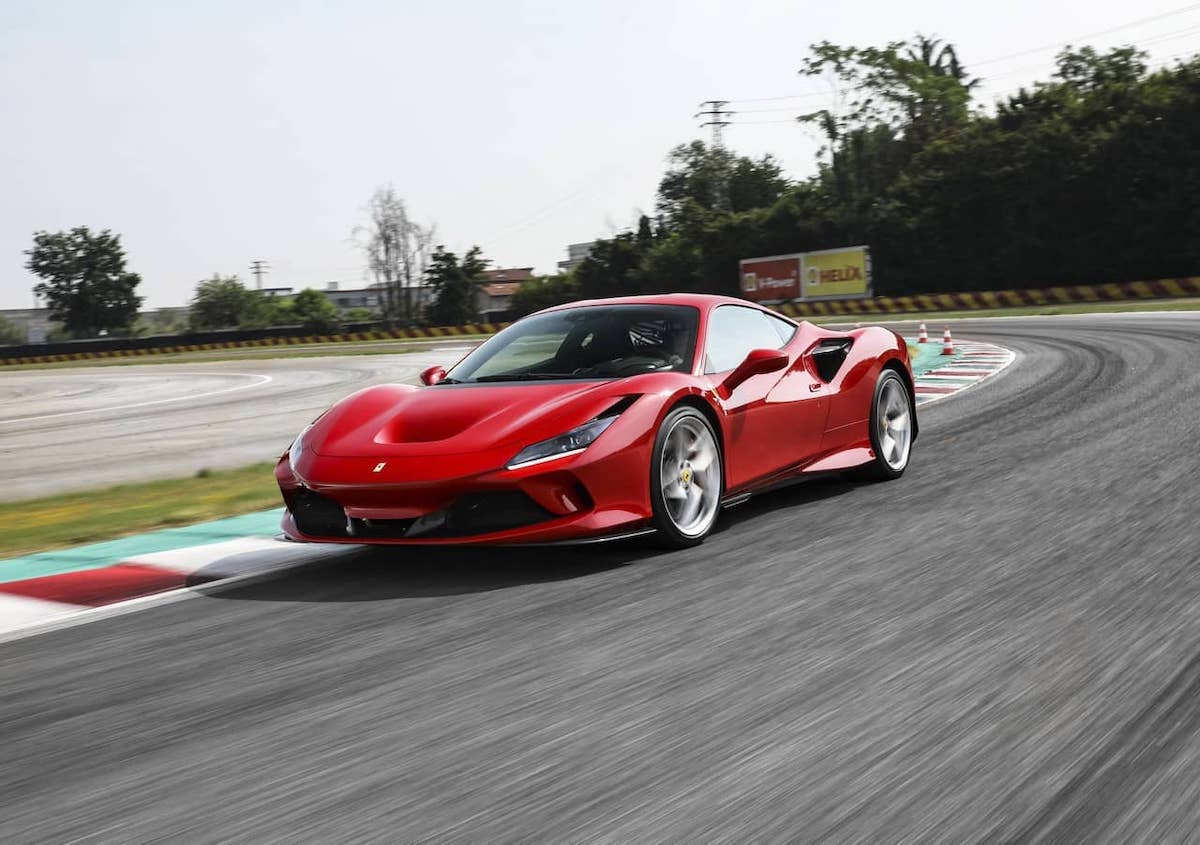 The F8 Tributo is the last of the rather excellent V8-powered Ferrari sports cars - we’re not crying, are you?
© Ferrari

Forgive the bias, but I utterly adore a V8-powered, two-seater Ferrari sports car, so imagine my upset when it was announced that the F8 Tributo will be the last of this very vintage. In recent years, Ferrari has come under some fire by some for taking its eye off the ball with its F1 team, and focusing on selling dodgy aftershave in airport departure lounges. However, with 710bhp and the Ferrari hallmark design of beauty combined with aggression, the F8 Tributo is living proof that the road car division at Maranello is still very much in form. No wonder it was one of your favourite cars from January. 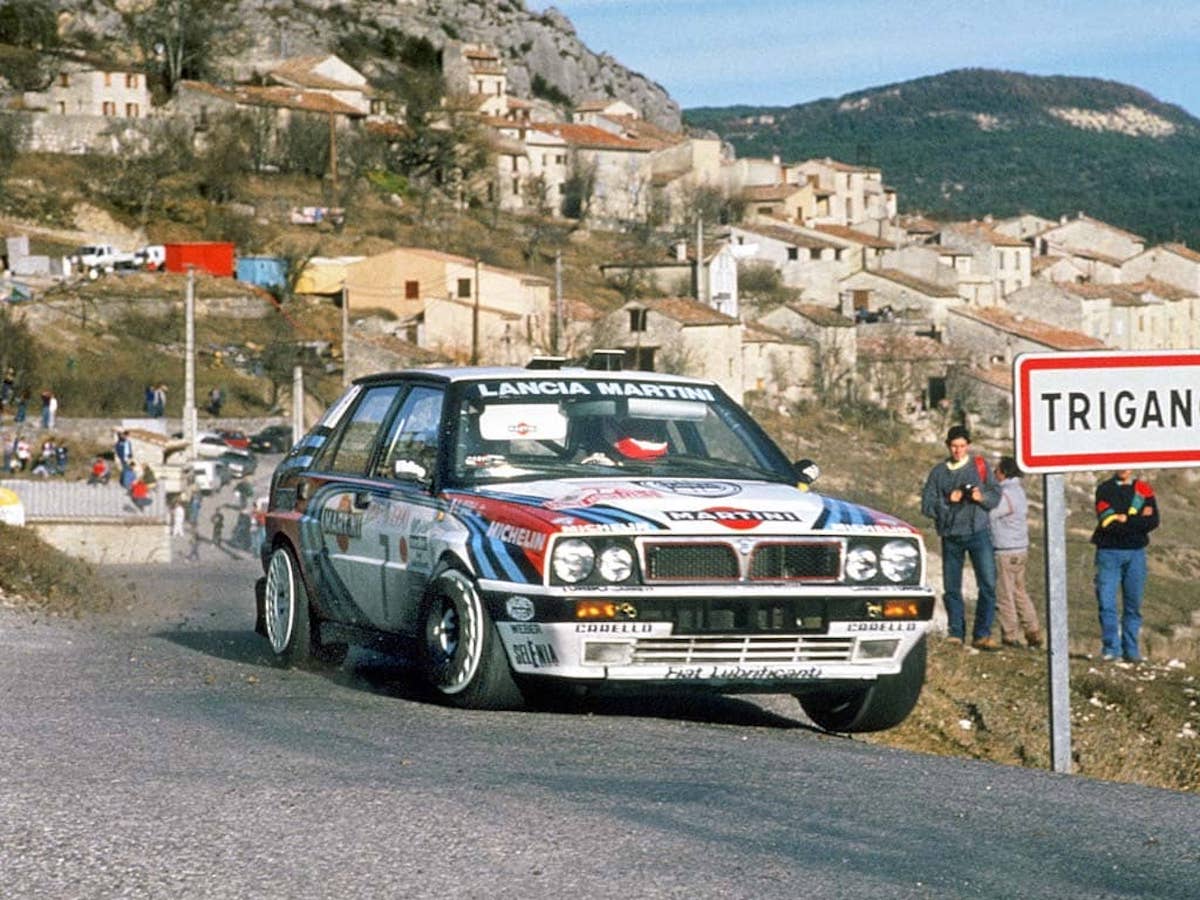 Fact: there are fewer rally cars cooler than a Lancia Delta in a Martini livery
© Motori.it

A few weeks ago, we looked at some of the most iconic motorsport liveries from over the years. Unsurprisingly, Lancia/Martini made the list as the red, white, and blue colour scheme has been proudly worn by some of the most iconic rally monsters in WRC history. The Delta Group A was the replacement for the fire-spitting legend that was the Lancia Delta S4 when Group B was outlawed for being too dangerous at the end of the 1986 WRC season. Upon its introduction the following year, the Group A Delta was predicted to deliver, and it did. The car’s 4x4 system proved to be a gamechanger and it won seven of the 11 rounds of the 1987 season. Juha Kankkunen was crowned drivers’ champion, and Lancia scooped up the constructors’ title. The Group A Delta then went on to win both WRC championships in 1988, 1989, and 1991. As a roadcar, it’s also absolutely mega. 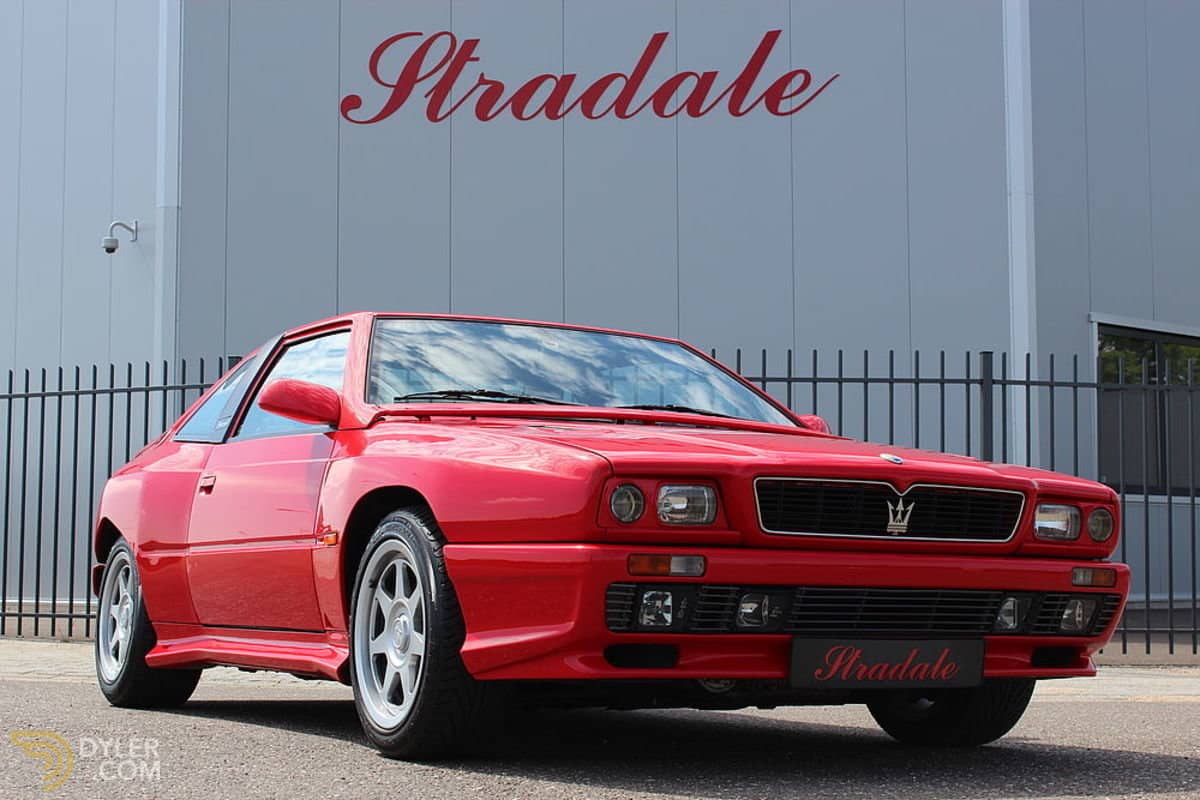 We’ve been over it several times, but the Marcello Gandini-designed Maserati Shamal is one of our favourite Italian GTs ever…
© Stradale Vintage Cars

At Dyler, we’re all big fans of the Maserati Shamal. In fact, we even wrote a piece about why you should buy one if you can afford it or get your hands on one… after all, only 369 of them were made from 1990 to 1996. Based on the rather unloved Maserati BiTurbo, the Shamal is striking in that specific ‘90s way with its wide rear hips, and angular Gandini design. It also sounds absolutely mega, thanks to that 3.2-litre, twin-turbo V8 lump up front. We like Maseratis because they’re far from perfect. In fact, they seem massively flawed to the equivalent Aston Martin and Porsche. However, they do come with buckets of personality and a massive heart. When it comes to these qualities in a car, the Shamal is the greatest Maserati of them all. 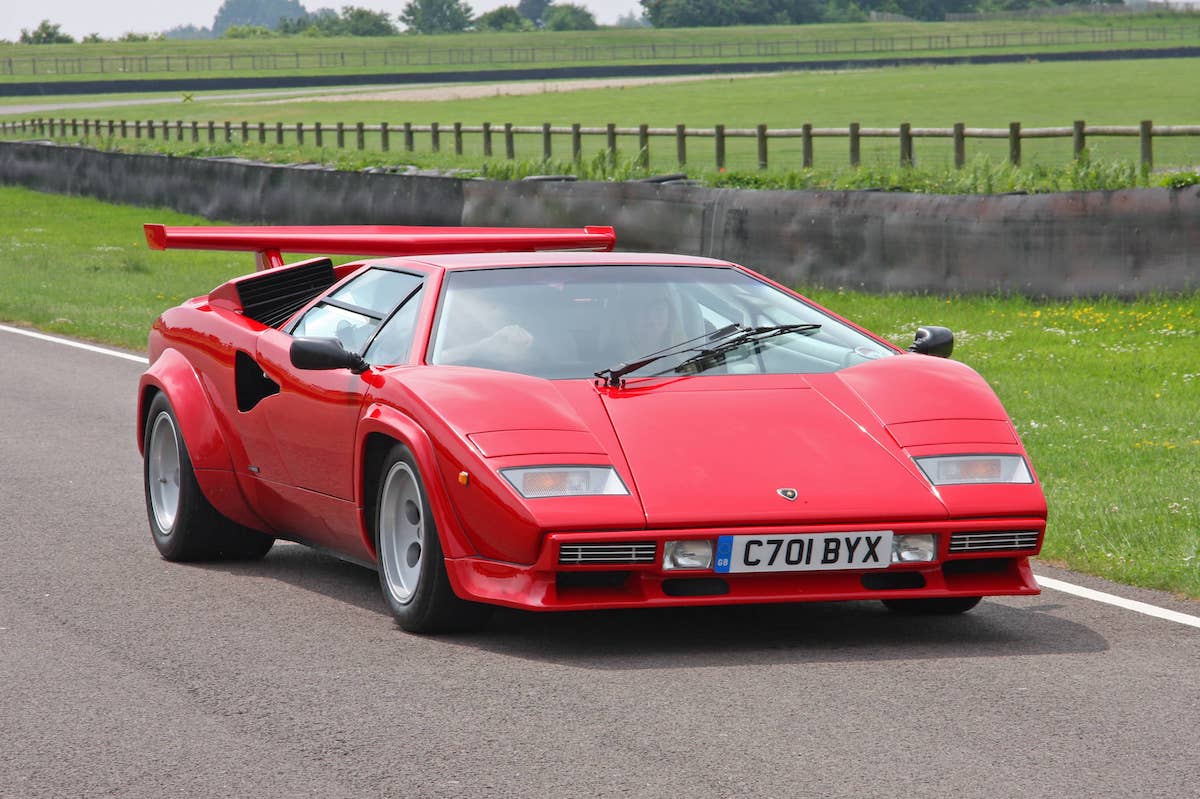 Love it or hate it, the Lamborghini Countach is one of the most influential classic supercars in automotive history
© Polestar Press

Again, I simply don’t get it. You seem to like it, though! When the Countach broke cover in 1974, its wedgy Bertone design and scissor doors shocked car fans around the world.. Sure, it wasn’t pretty like the Lamborghini Miura. However, it was very, very striking, and with its range of V12 motors, it was also very fast and very noisy. During the 1980s, it - along with the Ferrari Testarossa and the Ferrari F40 - became one of the “poster cars” of the decade. A white Countach S also starred in Miami Vice, which undoubtedly contributed to its star power. Would you have one in your classic car collection?

If you are interested in owning any of these modern classic Italian cars - welcome to browse our thousands of listings!