The logo of three red diamonds is likely the most recognizable symbol in the auto industry, especially if you are a huge fan of World’s Rally Championship (WRC). Red Mitsubishi race cars, in particular, became an integral part of WRC, whereas the Lancer Evolution sedans flying on the track became a dream of many enthusiasts.

Lancer Evolution, like most legendary cars, came to be due to an aspiration to conquer the racing track. In the early 90s, FIA released official regulations for Group A cars, which stated the following: if a vehicle wishes to participate in WRC, the manufacturer has to build at least 5,000 units of it that would be suited for public roads. Moreover, cars for racing had to be practically identical to those driving on bumpy city streets.

This strict, yet fair rules prompted the creation of many great cars: Lancia Delta Integrale, Ford Escort RS Cosworth, Toyota Celica GT4, and, of course, the hero of this story – Mitsubishi Lancer Evolution.

The first Lancer Evolution cars weren’t that popular or eye-pleasing. However, as the technology was improving and the engineering solutions were getting better, all generations had the same ingredient - a 2-liter, four-cylinder 4G63 motor.

Mk1 Mitsubishi Lancer came out in 1992. The car was built according to the strict FIA requirements.

This compact and graceless sedan got a turbo 4G63 petrol engine, four-wheel-drive, and much more powerful braking system, as well as a fantastic Momo steering wheel and an eternal rear spoiler that had its purpose.

There were only 5,000 units made in total. Those are now the most wanted by the auto collectors, but is it something to be surprised about? It was one of the first working-class cars that had the characteristics of a supercar.

There is another thing we shouldn’t forget. Before, Mitsubishi created a lighter version of this model - Lancer Evolution RS which strived to follow the footsteps of Subaru Impreza WRX. RS version didn’t have power windows, rear windscreen wipes, or ABS. Overall, it was 70 kg lighter than a standard model. 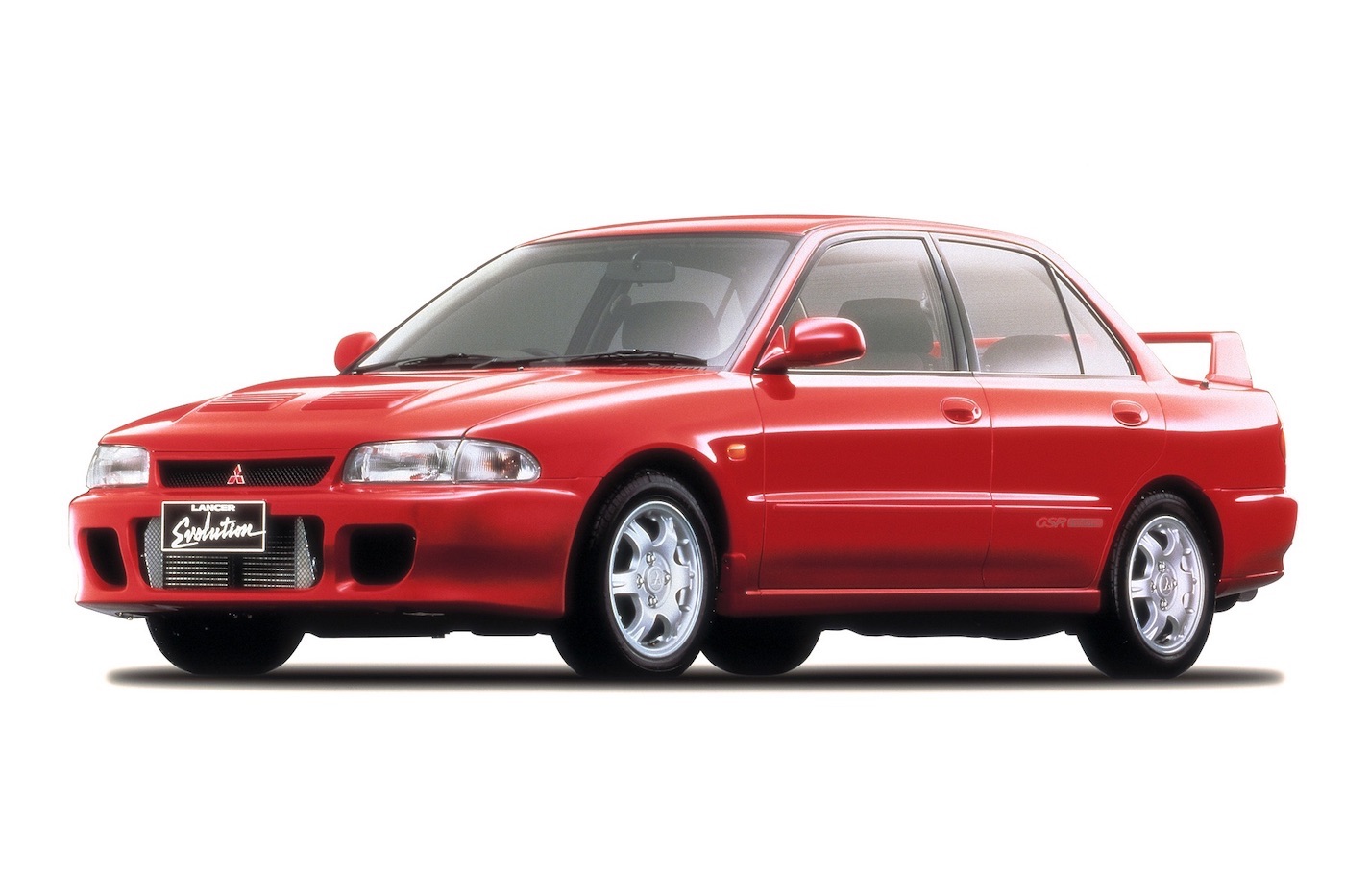 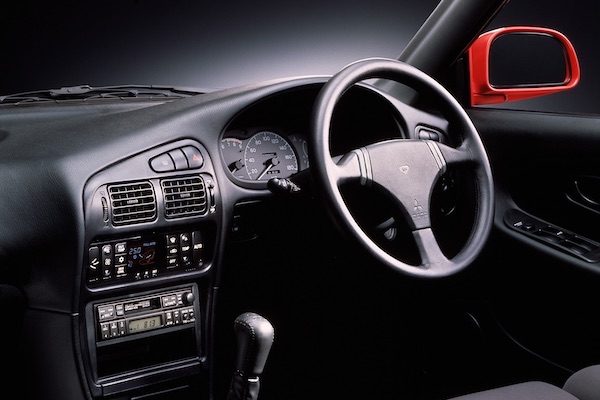 A few years later, in 1994, yet another Evo model was presented in Japan. Even though it looked very similar to the first one, most of the changes were hidden behind the hood.

Mitsubishi specialists increased the power of the engine, built more firm suspension components, put 16-inch rims on it, and installed a mechanical slip differential. Due to these and other modifications, the second gen of Lancer Evolution performed as an entirely different beast. Moreover, the latter car helped the Mitsubishi racing team to win their first victory in the WRC. 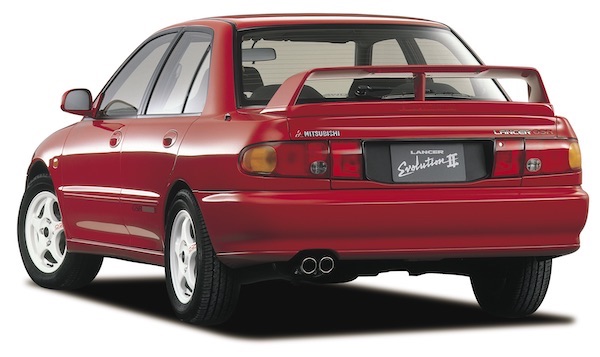 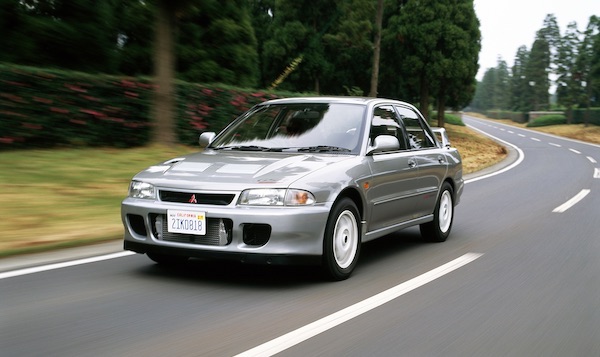 New year, new wheels. Just after a year since the second Evolution came out, in 1995 Mitsubishi officially presented the 3rd version of the sports sedan.

This time, the changes were notable not only when driving but also just by looking at it. Chubby buffers with bigger air intake hoses symbolized a more powerful engine underneath the hood.

Mitsubishi improved its famous four-cylinder motor with a new turbine that turned up the degree of compression and increased the effectiveness of the cooling system. The latter modification was crucial as the engine with a higher load could work at maximum capacity for a longer time.

Because the car versions for public roads were similar to those participating in races, there is no surprise why the changes in a 3rd Evolution were quickly adopted in racing cars. And you know what? In 1996, Tommi Mäkinen took five victories in the WRC while driving Evo, winning the very first WRC title for himself and Mitsubishi.

It is also worth mentioning that the 3rd gen appeared in the Initial D animated series where the furious Kyoichi Sudo was sitting behind its wheels. 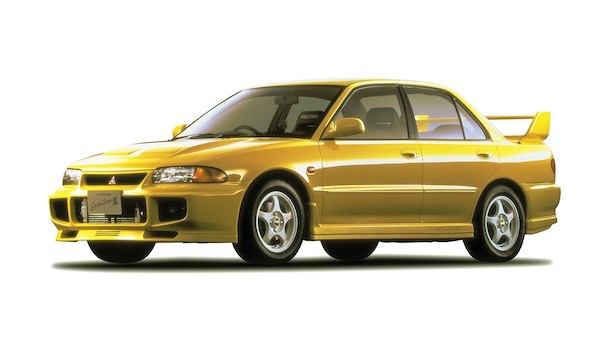 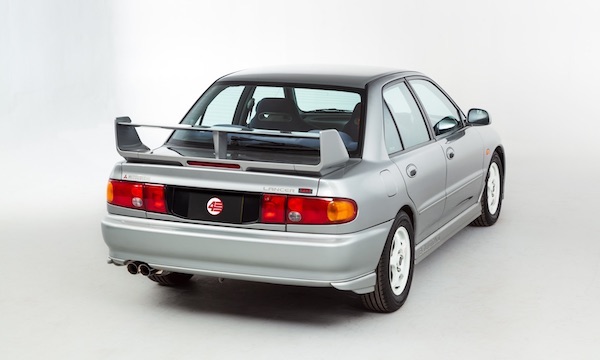 In the autumn of 1996, Mitsubishi surprised everyone with an entirely new generation of models that had close to nothing in common with previous models.

The car’s structure was more firm, while the engine’s effectiveness coefficient multiplied a few times. The vehicle also had a twin-scroll turbine, better braking system and a brand new Active Yaw Control tech which was responsible for the work of a rear differential. The latter was monitoring the angle of rotation, the acceleration’s pedal position, and G-force sensors. This information allowed the computer to distribute the torque between the rear wheels. 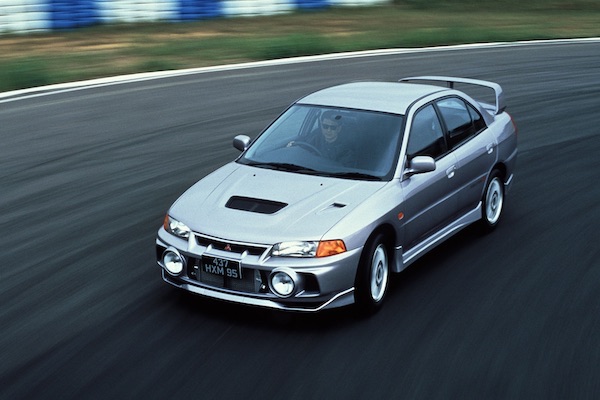 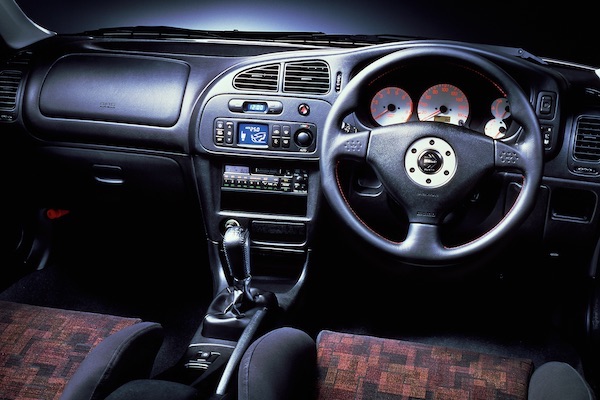 The new gen models were more massive, although the extra weight was compensated with a more powerful motor. It fit well with its aggressive looks and hysterically fast acceleration to 100 km/h (4,8 seconds), which impressed the auto enthusiasts from all around the world.

Read the 2nd part of the article next week