Stunning looks aside, the 1938 540K Streamliner was a real technological tour de force for its time. Car’s supercharged engine and slippery body allowed it to glide effortlessly at high speeds. Only single prototype was made, and it had a turbulent life – intended to be a touring racer it became a tire test mule, which was lost during the war. Despite this magnificent machine being mixed up in some turbulent history, there is a happy ending for it – Mercedes-Benz found the chassis and restored the car based on historical photos and blueprints.

There is no denying that 1930s in Germany are perhaps the darkest times in the history of humanity, but incredible technological advances were made during the time, in efforts to showcase scientific achievements of the country. “Silver Arrows” were purpose built racecars winning racing series across Europe, but developments implemented there reached further and were adapted in road-going vehicles as well. Mercedes-Benz 540K, the flagship model of the manufacturer at the time, was one of them.

This luxury car utilized a supercharger, along with a strong and lightweight chassis, both of which were derived from racing. 540K was a true testament to German technological advance and most of the highest-ranking Nazi Germany officials were driven around in some versions of this car. When 1938 Berlin – Rome rally between two friendly Axis countries was announced, Mercedes-Benz decided to adapt a lightweight body on a modified 540K chassis, the result would be called the Streamliner. 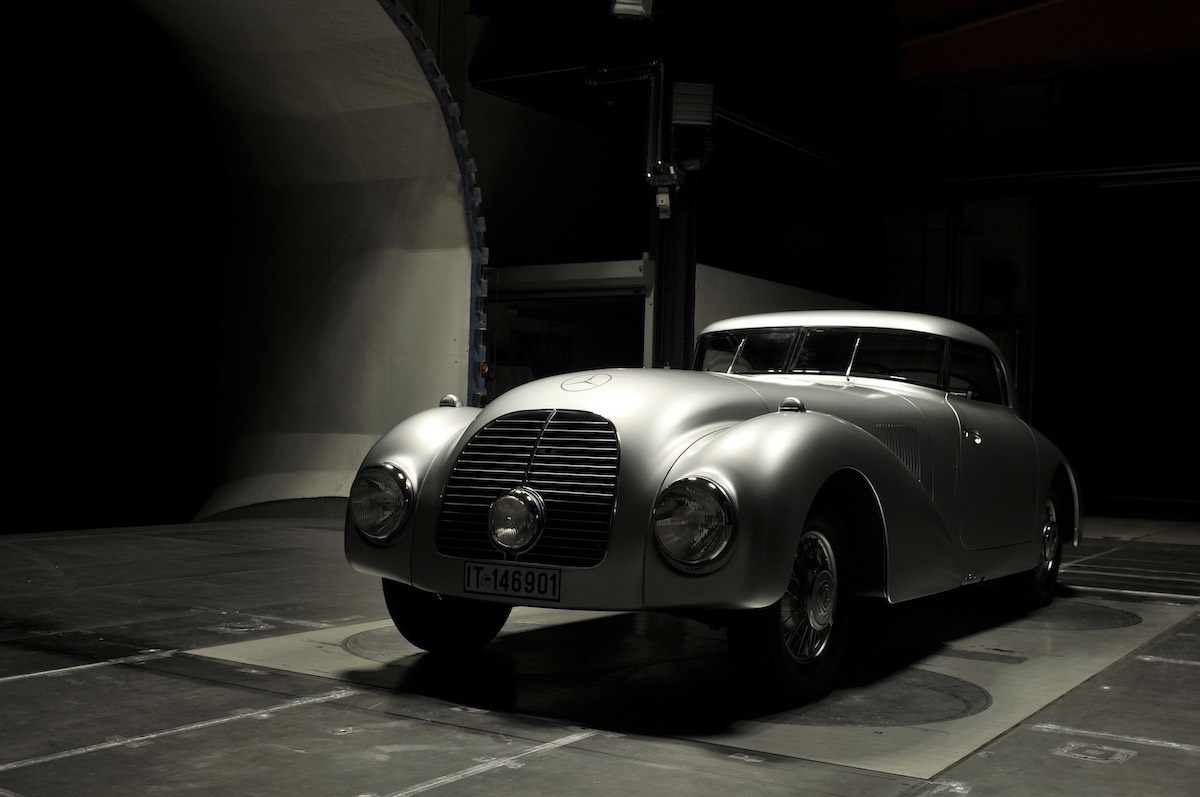 The new body differed wildly from the usual 540K, painted in German traditional Silver Arrow Grey, the sleek shell must have seemed to be a science fiction product. Although 540K Streamliner looks stunning in all of its Art Deco glory, the aerodynamics was the main priority when designing the body. Mercedes-Benz trident star, which is usually sticking out, is just painted on the body, showing that emphasis here was put on function over form. 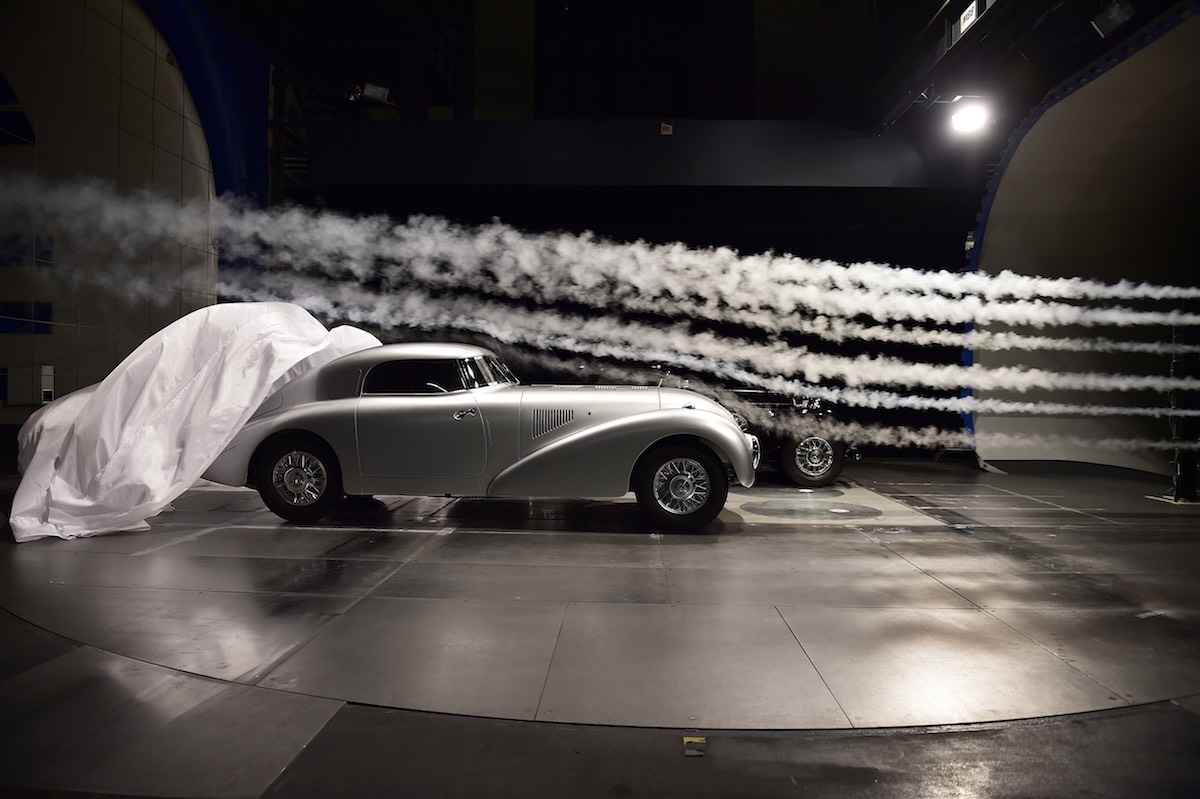 The teardrop shaped car had a drag coefficient of 0.36, which would not be bad for a modern automobile. Propelled forward by a 5.4 liter inline-8, the Streamliner could reach in excess of 180 kilometers per hour, while seating four and transporting them in comfort. For comparison, the ordinary cars of the era could do around 100 km/h. The mighty engine could put out around 180 bhp with the supercharger activated. Roots type supercharger, also found on all 540Ks, could only be activated for a few minutes at a time for an extra power boost.

As advanced as the car was, it never got to race – due to Sudeten crisis, its maiden race, 1938 Berlin – Rome rally, was postponed and then cancelled. Although 1939 competition was also planned, it got cancelled as well, this time because of Germany invading Poland. As sophisticated as it was, the Streamliner was not seen as a priceless relic it is considered today, and it was sold to a tire manufacturer Dunlop. The company was in the works of developing a high-speed tire for then rapidly expanding German autobahn network and 540K Streamliner fit the bill just perfectly. Not only it was capable of extremely high speeds for its time, the car was still a luxurious barge, weighing around 2.4 tons, this amount of load could really test the tires at their limit. The Second World War took a turn, and Nazi Germany was defeated in 1945, the car ended up being confiscated by American officers. The further fate of this Art Deco marvel is unknown.

The chassis resurfaced decades later and Mercedes began rebuilding it in 2010s. At first, even the manufacturer could not make out what exact car the chassis belonged to. In 1930s, quite many 540Ks were fitted with custom bodies, following the customers’ orders and chasses had to be adapted to suit them. After establishing that this is indeed a lost one-off prototype of the Streamliner, Mercedes-Benz set out to resurrect it. 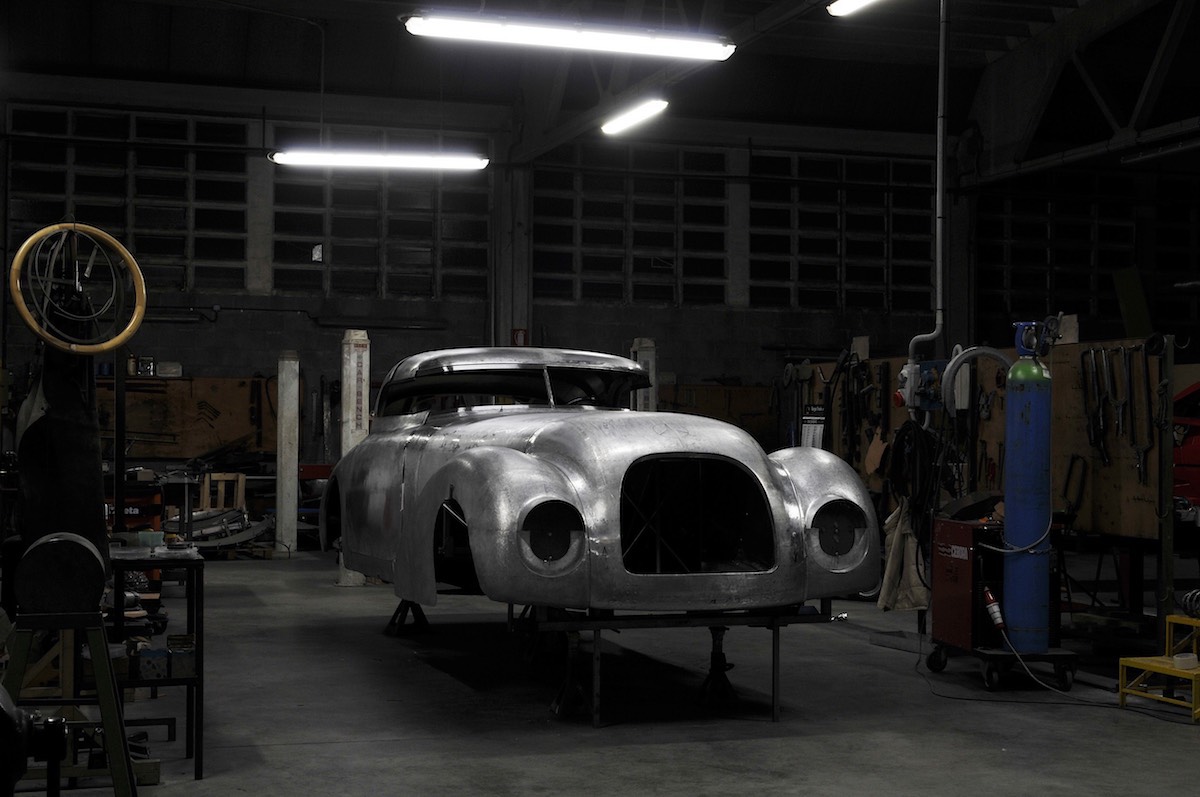 The restoration took 3 years in total, and everything was recreated exactly using historical pictures, blueprints and even a witness, who saw the car as a child. The Streamliner was originally hand-made, thus it deviated slightly from the original technical drawings in Mercedes-Benz archives. With an aim to recreate the car to an absolute perfection, the restorers relied on pictures of the finished car to guide the process. 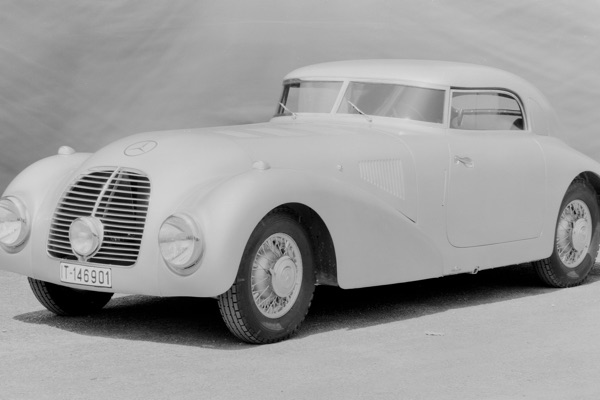 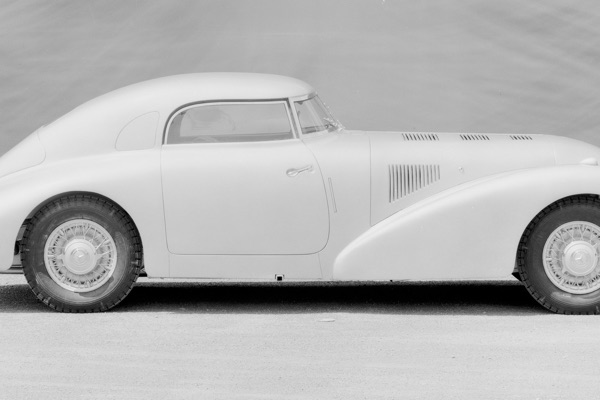 Calling this resurrection process of the Streamliner a restoration would be an understatement. The car was pieced together from bits that Mercedes-Benz found all over the world. The body itself was recreated following the exact same process coachbuilders used originally – beating the aluminum panels around an ash wood frame. Mercedes-Benz even released a short documentary, following the process of bringing the Streamliner back to life:


This grand tourer, and the word ‘grand’ really fits here, is now a proud piece of Mercedes-Benz display. After bringing this unique shape back, Mercedes took the car to Pebble Beach Concours d’Elegance in 2014, where the Streamliner was well received. Currently this retro-futuristic marvel resides in the manufacturer’s museum collection. 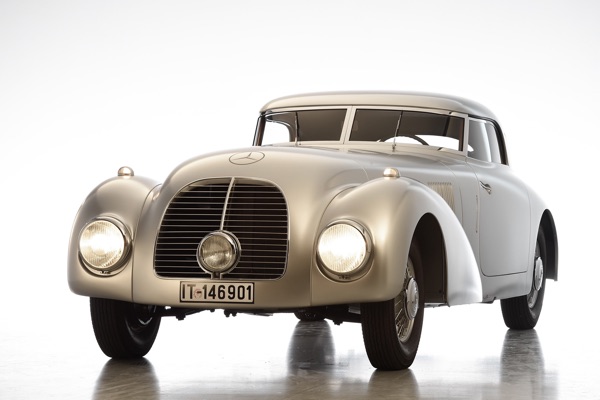 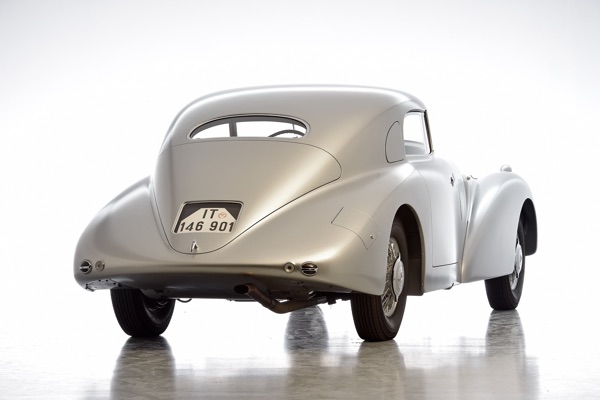