A Glimpse into the 1970s: The Dawn of the Computer Age in Cars

The global computer revolution that was born in Bill Gates' and Steve Wozniak's parents' garages couldn't pass over our true love and joy – the car. Up until the early 1970s, a car might have been just a big pile of metal, plastic and wires feeding the headlights and – in particularly luxurious cases – the electric windows, but from that time on it gained one more element: silicon, which is a big part of every microchip. So let's talk about how cars became something of a Deep Blue on wheels during the 1970s or 1980s.

When you think about the technologies used not long ago for the conquest of space being adapted for cars, the first thing that comes to mind would probably be some luxury brand from Germany or Detroit like Mercedes-Benz or Cadillac, or maybe some super-innovative Japanese mark like Mitsubishi. But you would never get the crazy idea that it would be... Volkswagen. However, it was precisely the VW from Wolfsburg that was the pioneer in automotive electronics.

Back in 1968, Volkswagen introduced a Bosch electronic fuel injection (which is a completely normal thing these days) with a microcontroller in one of the evolutions of the Beetle named the 1600. Thanks to this system, the amount of fuel injected into the cylinder was calculated with silicon brains rather than just being injected mechanically like in the carburettor. The injection system itself was quite primitive in today's terms, but at the time, an unconventional gadget like this in a car was downright mind-boggling.

It's quite unusual that a solution like this that was so innovative for its time found itself in a car for the masses like Volkswagen, isn't it? It's worth noting that during the 1980s, fuel injection systems in cars began to spread in response to increasingly stringent environmental norms. And if you've found something from, say, 1975 that is equipped with fuel injection, or even the same Volkswagen mentioned above, don't hesitate to invest in a car with such an interesting technical detail.

Another must-have car electronics component is ABS, which also appeared in the decade of disco and big hair. Originally used in aviation, it was even installed in the famous Concorde, and by the early 1970s ABS became the target of various experiments and tests to install it in cars. However, no one managed to develop one that functioned well. Bosch was again the pioneer, only this time it was in collaboration with the three-pointed star rather than with VW. The Mercedes-Benz S-Class became an innovator this time as well and was the first production car in the world to offer as optional equipment the same ABS that is installed in cars these days. This happened in the 1978 Mercedes-Benz W116. The use of this system spread rapidly in the 1980s and went from being standard equipment in business sedans (like the Ford Scorpio or the Volvo 700 series) to optional equipment in the second-generation Golf that was accessible to the masses. 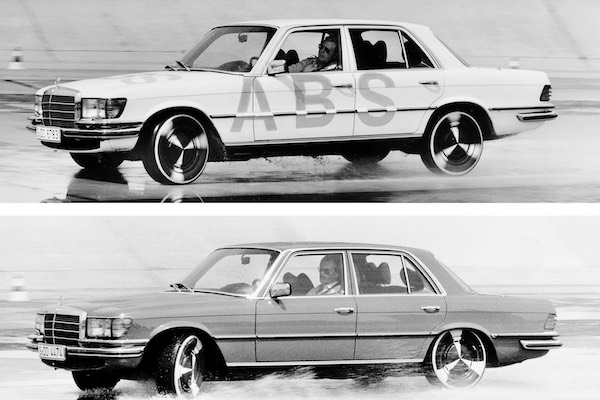 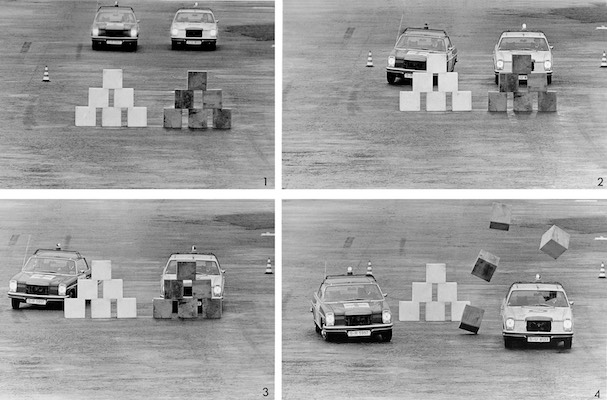 However, electronics are usually understood by the statistical driver not as some abstract of brakes and fuel injection, but rather – as flashing and twinkling lights on the dashboard. And it was it was in the early 1970s that Aston Martin came up with the idea that they needed something special – something that no other car manufacturer would have. "Why not a completely digital dashboard?", thought the Brits, and decided to install one in their new, ultra-modern Lagonda, which was designed as if with an axe. Since no one in the world had yet created something like this and there was nowhere to draw experience from, they had to try everything out themselves. The process didn't go very well, and the Brits ended up turning to a company in Texas that was involved in the production of aircraft instruments. The final result was a control panel made up of three small windows that weren't quite as impressive as the seamless black glass panel that they had originally come up with, but it was still something else. 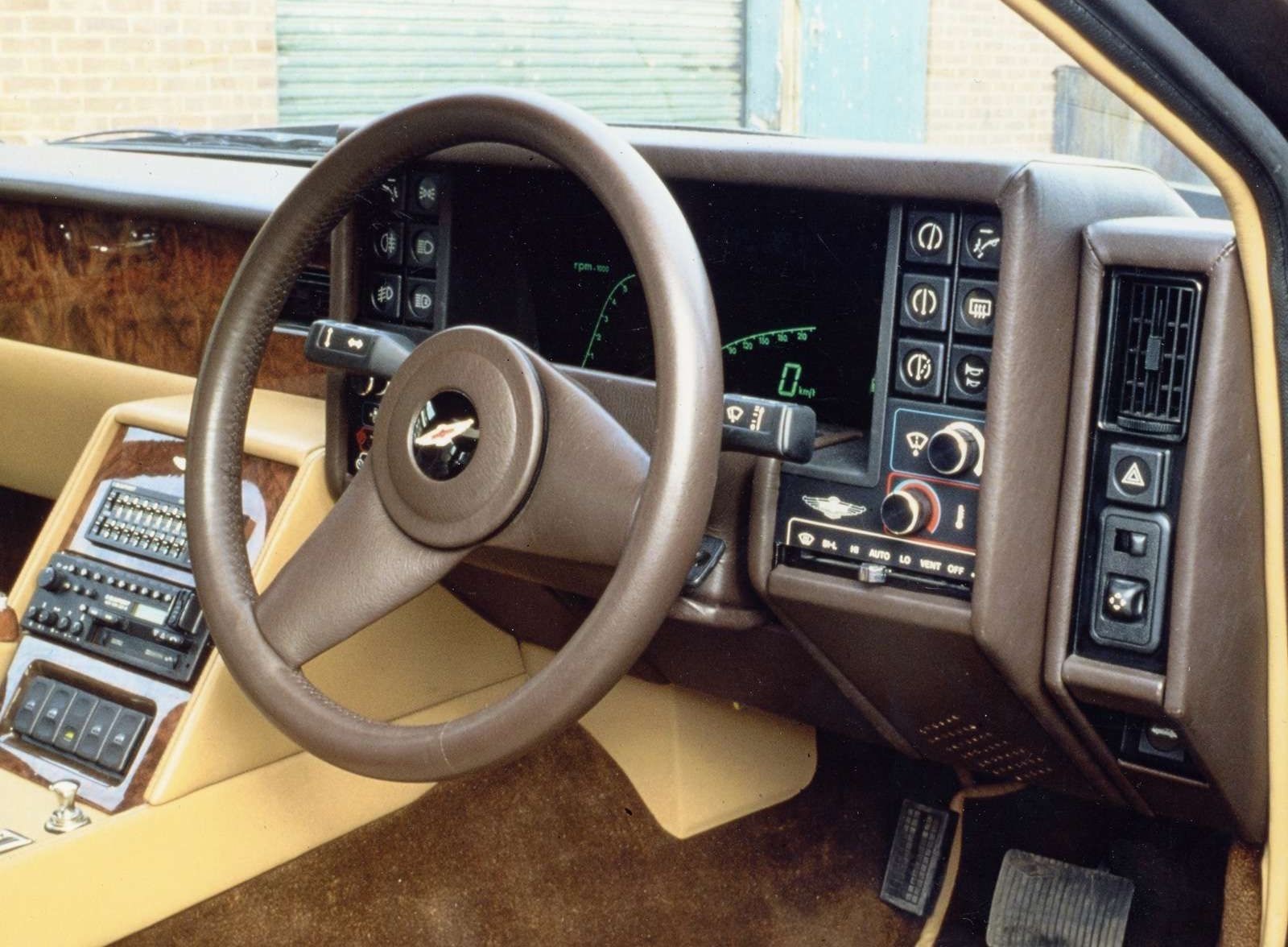 So it is only natural that ordinary plebeians quickly set their hearts on a patrician toy like this as well. As usual, the United States was a step ahead, and in 1978, Detroit was the first to come out with a car with a space-age digital dashboard – the Cadillac Seville. 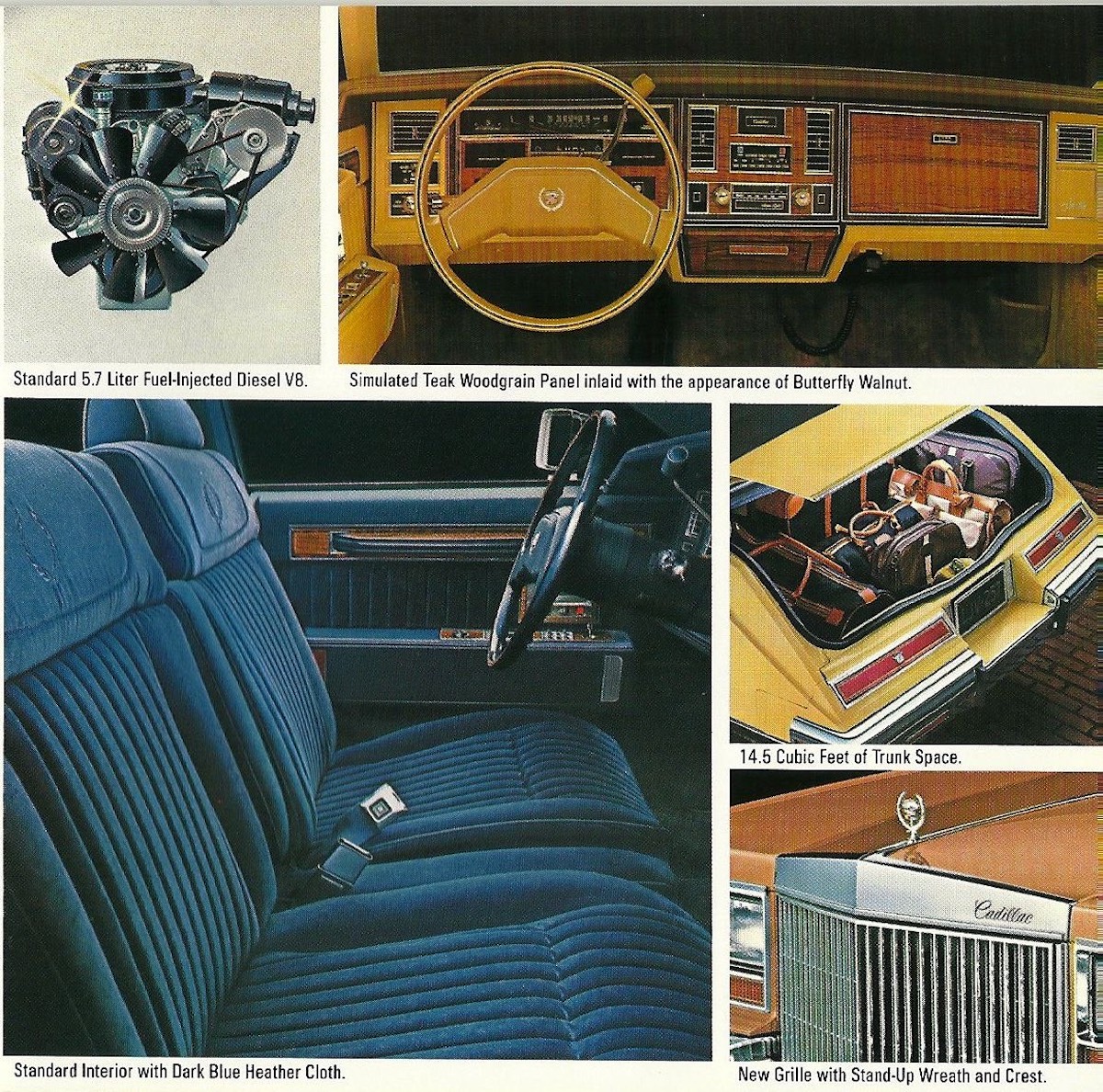 Europeans had to wait another five years until they got their own sound and lights on the dashboard. The pioneers here were the always-innovative French, who launched the Renault 11 in 1983 with instruments that looked like a clock radio. And then the dams broke: nearly all Opels offered the same thing, and Renault and Citroën did too; the Japanese followed with Subaru and Mazda that looked like they were fresh out of the 22nd century. However, just because something is nice to look at doesn't mean that it will be reliable in practice. For those who are considering buying a spaceship like this, we wholeheartedly advise to think twice. The reason is simple – the hellish repair prices and the huge deficit of spare parts for these 1980s Christmas trees. 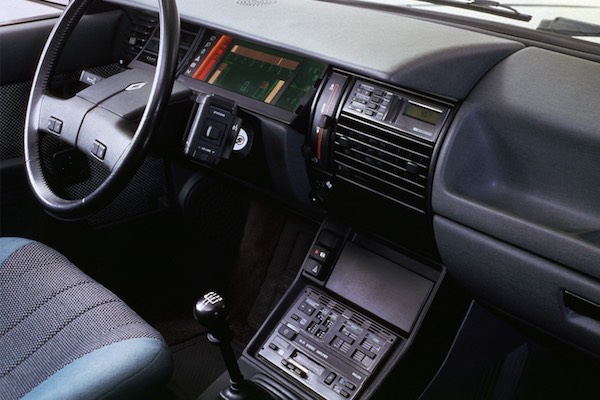 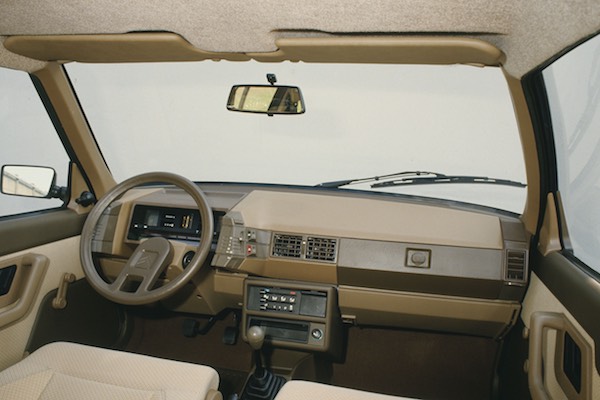 However, there is one electronics-related topic that is likely unavoidable if you are looking at something straight out of the 1970s or 1980s. This is something that today is a very common system – the trip computer, which shows how much your use of the wrong gears contributes to global warming in terms of litres of fuel. The Americans were first here too, installing a trip computer with a digital speedometer in that very same Seville which calculated things like distance covered and average fuel consumption. And if you already found this a gadget like this that flashes green or yellow in a car you have your eyes on, then you should know that you are buying something from probably what was the richest configuration of the time. For example, in the Swedish high-end SAAB 9000 that went into production in 1984 (and was jam-packed with electronics, including fuel injection and ABS), the travel computer was an option only found in the must luxury versions. So if you notice that kind of unit nestled in the dashboard, purchasing the four-wheeler that has it is a reliable investment for the future. And these also require less maintenance than the digital speedometers described above. Most of the circuits can easily be replaced even these days, and due to the simplicity of the computers in cars of the 1980s, programming errors are relatively rare.

This only covers a small portion of the gadgets that were controlled by integrated circuits in vehicles of the 1970s or 1980s. So if you ever consider purchasing a Renault or a Cadillac sporting a dashboard that blinks with all of the colours of a spaceship, or if you just have a geeky friend, first make sure you or your friend read this article.