A Little Ford That Could – Escort Mark I

Ford have really struck the goldmine when releasing their new compact car in 1968 – Ford Escort has become a bestseller and conquered rally stages around the world. Somehow, the design meant to comfortably transport a few people in a small shell performed well on racetracks around the world.

First generation of Escort was introduced in Ireland and the UK at the end of 1967. Its show debut was at Brussels Motor show in January 1968 and was meant to replace morally outdated Ford Anglia. The fresh new attitude was evident both inside and out. Escort 2-door saloon sported a Detroit’s inspired coke bottle design, similar to wide-hipped American sports car at the time. Inside, rack and pinion steering and front MacPherson strut suspension has set Escort apart from other small family cars. Other body styles were introduced during Escort‘s production – three door estate, a four door saloon and even a panel van. But two door saloon remains the most remembered variation of the Escort, partially because of its rally heritage. 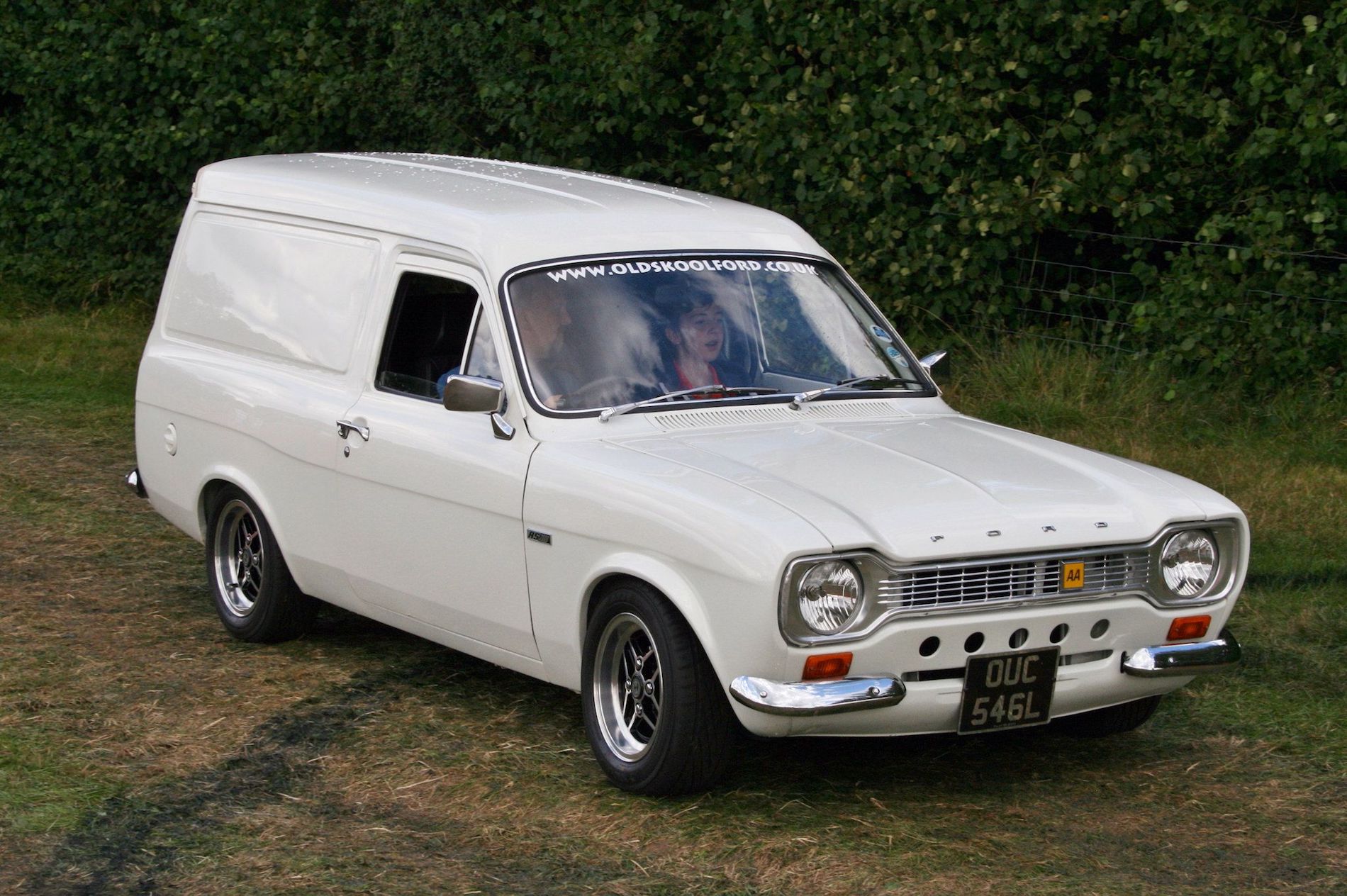 An utilitarian panel van just goes to show how broad the offering of different bodies was
© davocano, Flickr

The novelty of the Escort made it sell at a rapid pace, especially in the United Kingdom. Six years into the production run, Ford had already sold 2 million of the model, the majority of them in UK. The car was designated for the European market, but made its way as far as Australia, Japan or Taiwan. It just so happened because of Mk I Escort’s dimensions and 1.3-liter engine allowed it to comply with Japanese emission regulations, and it was the only model of the car in this country. Australians, on the other hand, found the panel van option very appealing. 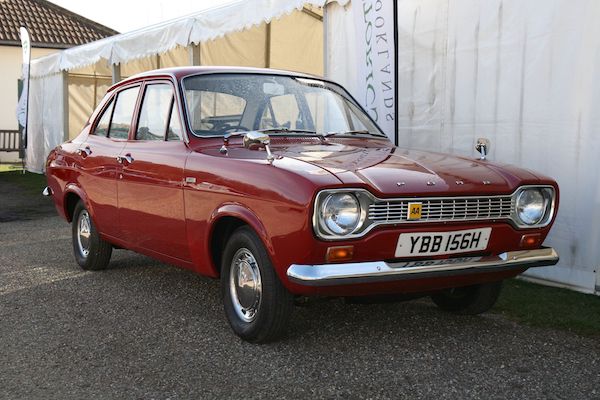 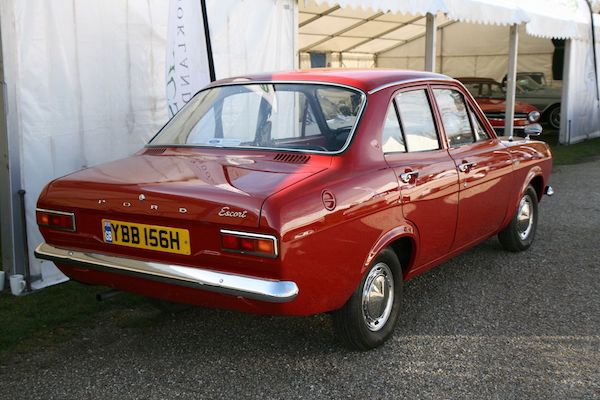 But the Escort packed much more potential, as it was discovered in Circuit of Ireland rally in 1968. Hardly anyone expected the little Ford to win. Part of the reason of this success was a twin-cam 1557 cc Lotus developed engine. Escort Twin Cam, as this version was called, also entered British Saloon Car Championship when piloted by Frank Gardner. It has proven to be capable on a race circuit as well, when it won the championship in 1968.

Yet, the most impressive Escort victory was arguably winning 1970 London to Mexico World Cup Rally. The Ford came victorious after a gruesome race that span for more than 25 000 kilometers through Europe, Central and South America. The Escorts Ford used were equipped with 1850 cc ‘Kent’ engines and Hannu Mikola drove the winning one, co-driven by Gunnar Palm. Other Escorts came in 3rd, 5th, 6th and 8th, further proving the car’s capabilities. 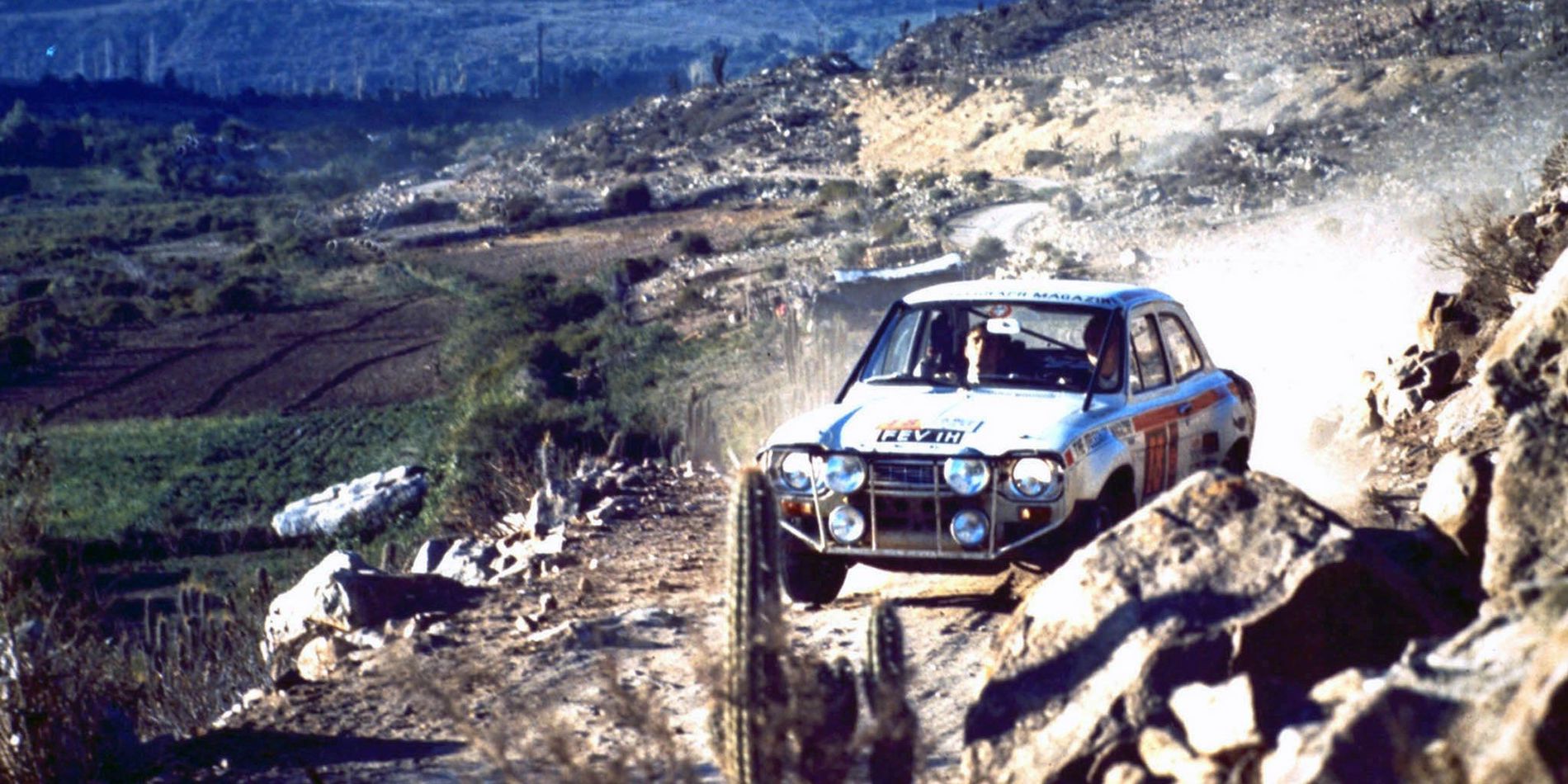 This overwhelming victory has spawned a special editions Ford Escort, sporting a similar engine to the one used in London to Mexico World Cup Rally. Mexico was a mid-way model between regular civilian Escorts and high performance RS1600 versions, RS meaning Rallye Sport. Just like RS1600, Mexico had a strengthened body and uprated suspension and brakes. This rally car for the roads gained a substantial following, and around 10 000 of Mexicos were built between 1970 and 1974. RS1600, on the other hand, was almost a rally car, thus there was never such huge demand for it, and only around a thousand of these were made. 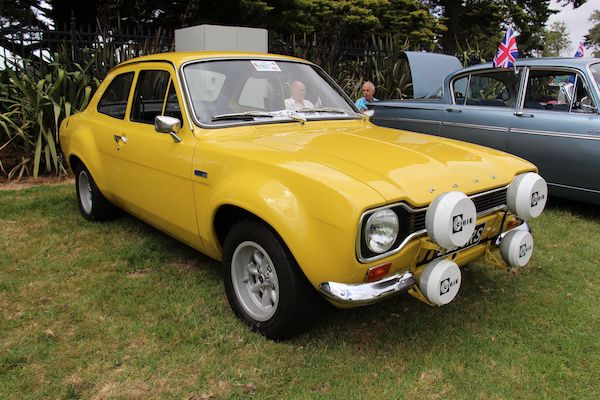 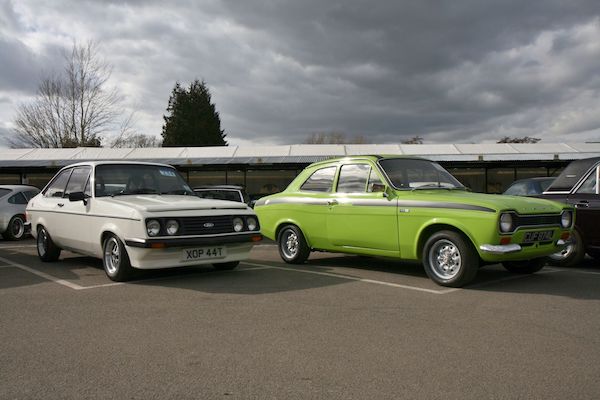 Unsurprisingly, Ford has decided to capitalize on this newfound fame, Escort badge survived for another 5 generations

Production of Ford Escort ended in 1995, although stocks including the Escort, Escort L, Ghia and Si continued through 1996 and finished in 1997. In Ford range the Escort was replaced by Focus. Mk II Escort excelled in rallying even more than its predecessor, becoming perhaps the most successful Ford in motorsport. Third generation, introduced in 1980, was completely redesigned in order to get along with the times and compete with then-new VW Golf. While Escorts got increasingly practical and civilized, sporty RS versions were offered almost up until the end of model’s production run. The Escort name has even been resurrected in 2017, to be used on an economy saloon car for Chinese market. The new car hardly resembles the Escorts from the older days, but the resurgence of the badge shows how much it means for both Ford and its customers.

There are plenty of examples of this humble family car to choose from, but it has established itself as a timeless classic. The prices differ a lot, depending on the engine and body style. Four door Mk Is with a 1.3-liter engines can be found for around € 5,000, while Mexicos start at around € 15,000. Clearly, all of those rally victories add up to a premium.