Most history books and encyclopedias about auto history contain the same photo: two men standing next to each other. One is short, wearing a white coat and flat bonnet, another is big, tall and with a cylinder on his head. It was evident that they come from different social classes. So, what brought them together? The answer is - passion for cars! It is a mechanic Georges Bouton (1847-1938) and earl Albert de Dion (1856-1946), the creators of one of the oldest French car manufacturers De Dion-Bouton.

Their friendship began in 1891 when earl A. de Dion got fascinated with the steam machine and thus mingled with peasants - mechanic G. Bouton and his brother-in-law Charles Armand Trépardoux. Until then, they were making a toy locomotives but dreamt of constructing a real steam-powered car. Sadly, they did not have funds for it. So, three of them joined forces and began building vehicles with a steam engine for racing crews. In 1883, they finally established a company De Dion-Bouton et Trépardoux and opened a factory in the city of Puteaux. In 1889 Paris Motor Show, A. de Dion first saw the petrol engine and realized that the era of steam-powered vehicles is coming to an end, and it is time to switch to internal combustion engines. However, Trépardoux thought differently and, as a result, supported the future for steam machines. That is why he left the company in 1893. 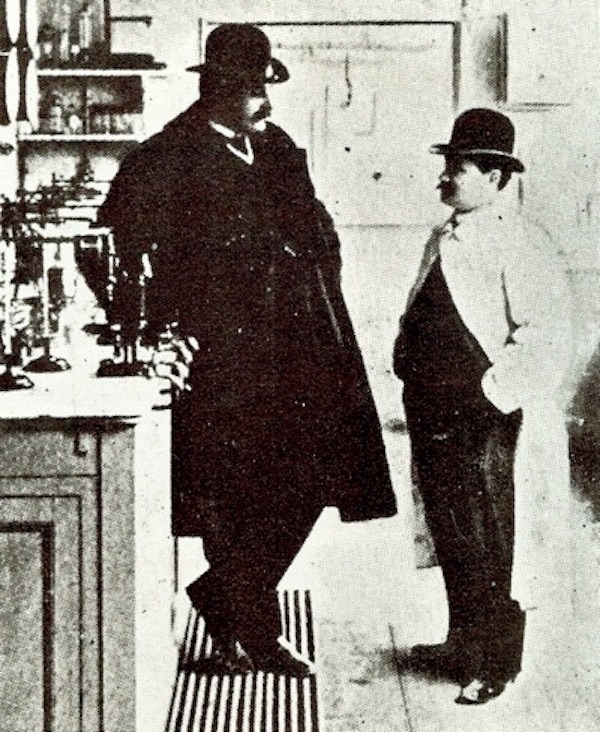 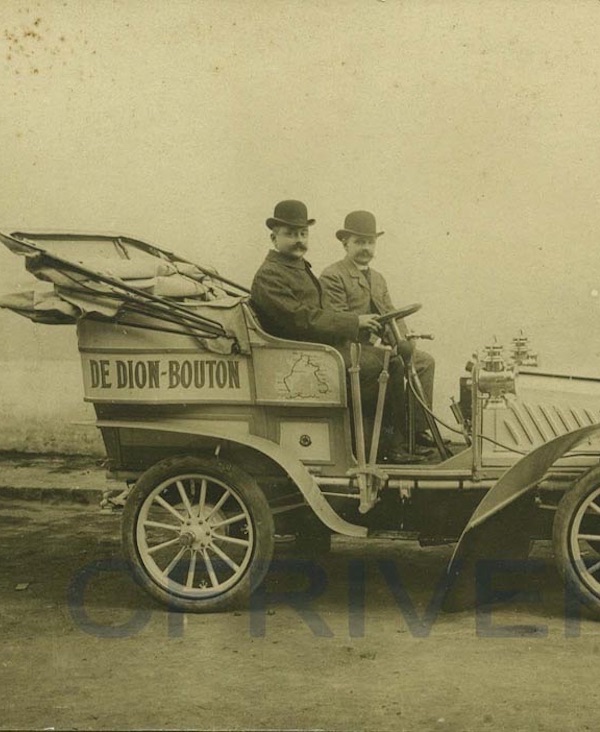 At the time, Daimler engines were considered to be the best in the market. So, A. de Dion bought this engine, then carefully inspected it together with G. Bouton and began remaking it. Quickly grasping the main weaknesses of G. Daimler and V. Maybach engine, they improved the engine's cooling and ignition systems, also increased the crankshaft's torque specs.

Their first engine was 0,4-litre, one-cylinder aggregate that had 3,5 HP and a combined cooling system. De Dion-Bouton supplied his engines to more than 100 companies all over the world that made cars and tricycles. Until the end of its production in April 1903, the company has produced almost 40,000 engines. Most were modified and, as a result, the capacity increased to 0,5-litre and 4,5 HP. 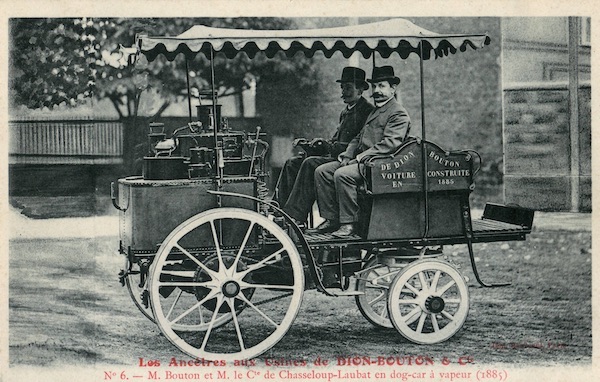 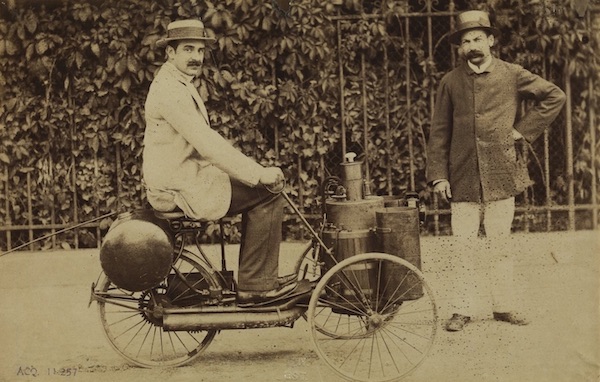 Because A.de Dion and G. Bouton had the best engine in the market, as well as experience in building tricycles, they brought themselves to start building cars as well. In 1899 Paris Motor Show, they presented a light, 420 kg car named "Model D". It was a three-seat convertible with "vis-à-vis voiturette" type of body. It had an engine of 3,5 HP beneath the rear seat and could reach a max speed of 30 km/h.

Most design solutions were taken from tricycles - light tubular frame, motorcycle-type wheels with steel spokes, and 2-speed gearbox. The car also had a unique suspension for the time, as well as the cleaning system. However, it did not have a starter and clutch. Instead, you would have to start the De Dion – Bouton engine by excessively turning the ignition handle next to the driver's seat. By the way, the manufacturer recommended to use first gear when driving uphill, and the second when riding on a flat surface. 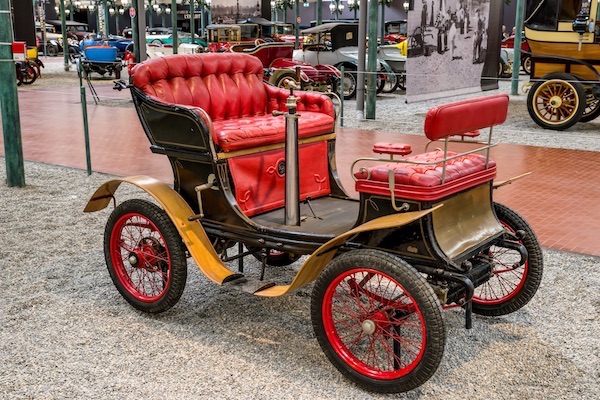 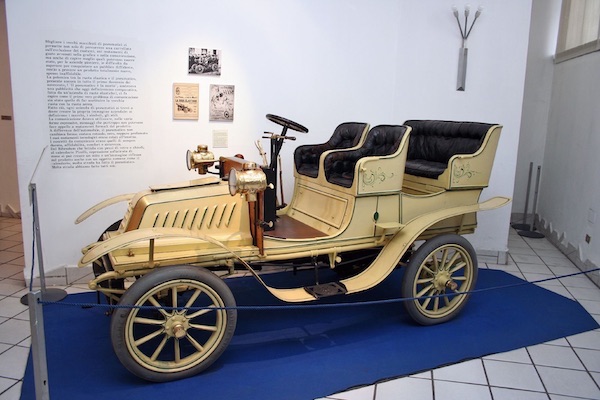 Because the breaks were too weak for a car that was considered fast at the time, the driver had to use the engine for fast braking by merely turning it off. For that to happen, one had to use two ignition handles and a button underneath the foot. If a driver would press the brake pedal with all his strength, he would also push a button that stops the engine, followed by a blocked transmission and wheels.

De Dion-Bouton helped the brand to become the most prominent carmaker in the world. In 1900, the company made 400 cars and 3,200 engines. In 1901, car maker sold 1,500 vehicles and began producing them abroad - in Russia, and the U.S. specifically. After a year, the sales went over 2,000 units. It was the beginning of serial production of cars in Europe. However, the auto trends change quickly - in 1903, cars with petrol engines seemed outdated. So, the company immediately designed and manufactured a two-seat De Dion-Bouton with the same engine, only this time in the front. This car had also become the bestseller of those times. 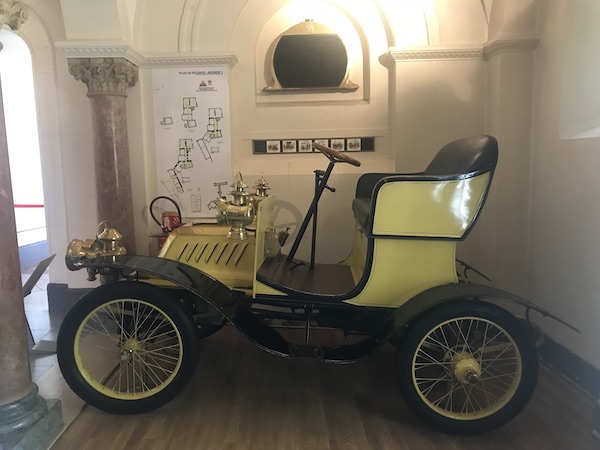 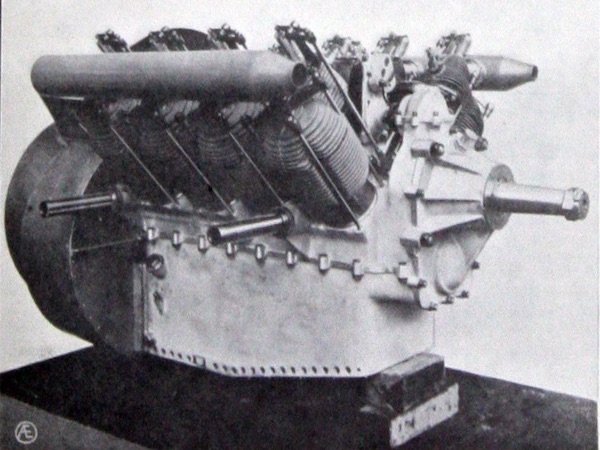 Because the construction changed, the spectrum of cars expanded as well. Between 1904 and 1907, a flourishing company offered to its clients eleven models to choose from, ranging from 8 to 30 HP. The best models could reach up to 80 km/h. In 1910, De Dion-Bouton made the first serial model in the history of cars with the V8 engine. In 1914, the company already offered four models with it.

However, World War I hurt the company's prosperity. Then, De Dion-Bouton was forced to make gun parts, armoured vehicles and engines for aeroplanes. In 1919, there were only three models in production. Continuous improvements and newest technological solutions did not help either. There were talks that Peugeot or Mercedes might obtain De Dion-Bouton, but those rumours did not come true. At first, the production of luxury vehicles with large engines was cut off until a company that once was the industry leader stopped the production of cheaper cars in 1932 as well. Still, trucks remained in production until the early 50s. 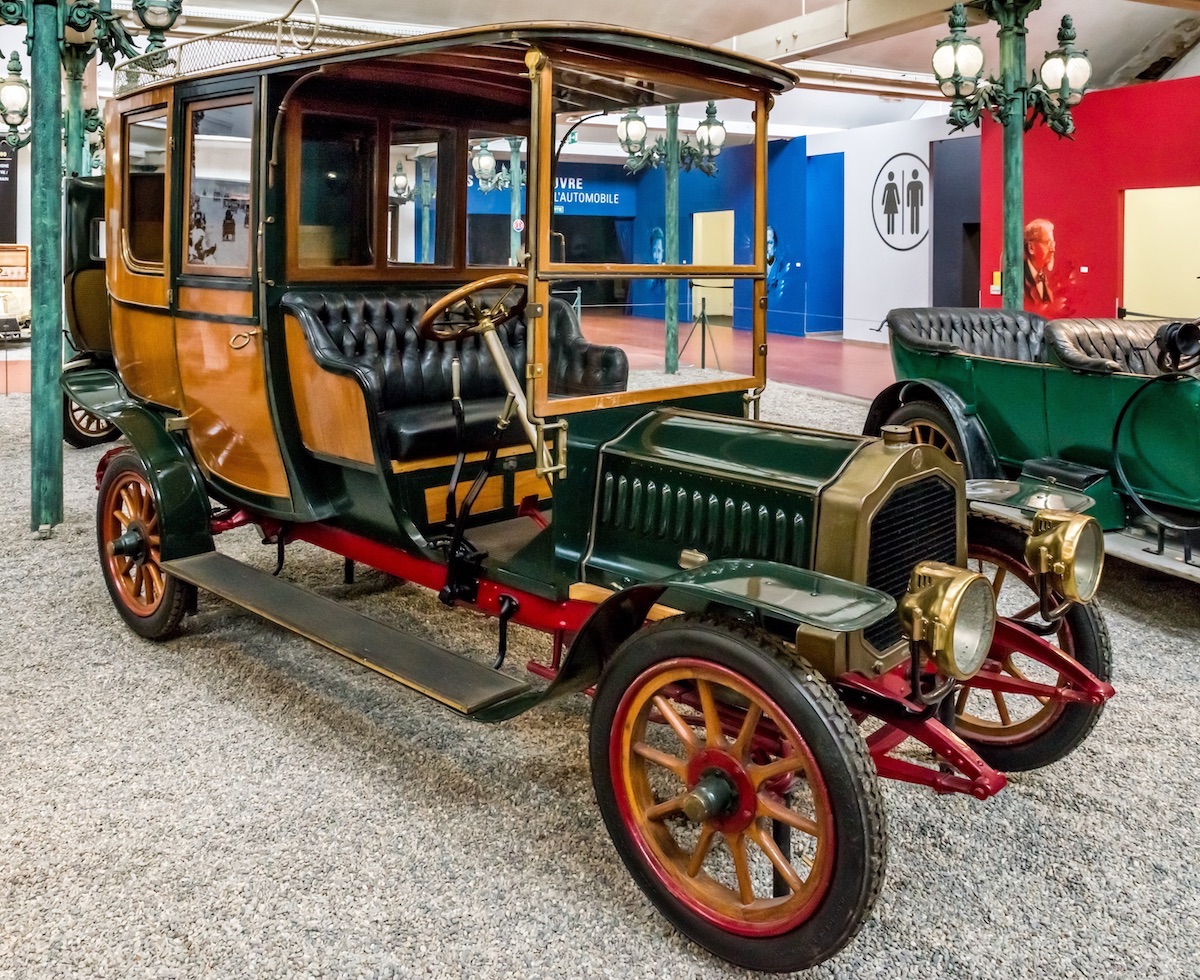 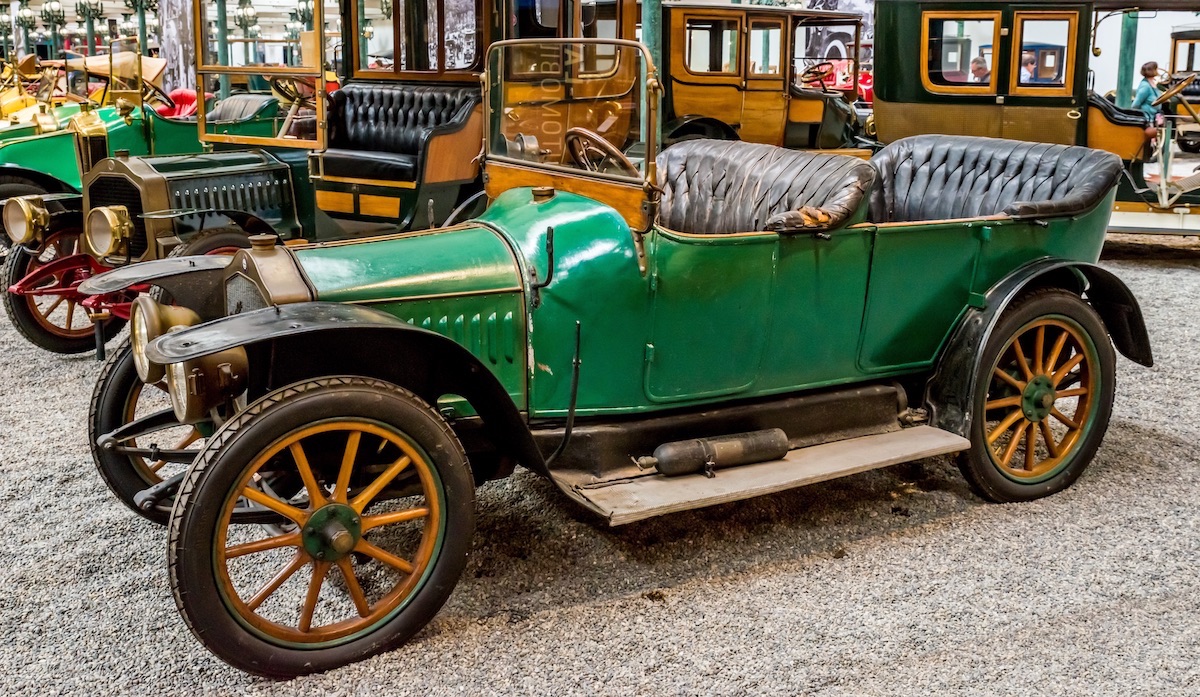 A. de Dion himself actively participated not only in designing and improving cars. He owned more than 40 different patents in this industry. Moreover, he was very politically active. In 1898, he also became a co-founder of Paris Motor Show (Mondial de l'Automobile).