Rallye Monte Carlo: How the Oldest and Hardest Rally in the World Began

During the first decades of the car’s existence, France was among the leaders in promoting the new vehicle. This is also where the world’s first car rally, the Rallye Monte Carlo, took place.

Held since 1911, the Monte Carlo Rally is called the hardest and oldest in Europe. And how did it all begin? The rally organisers – Sport Automobile et Vélocipédique de Monaco (Monaco Automobile and Cycling Sport) – published the regulations for the Monte Carlo Rally, which was a new type of motorsport event, in the November 1910 issue of Motor magazine. The goal of the organisers was not to find out which car was the fastest, but to assess the reliability and comfort of the cars, as well as their ability to travel long distances. Therefore, the race was designed to evaluate the average speed of the cars en route, the number of kilometres covered and the number of passengers or mechanics transported, the ride comfort, the luggage layout, the appearance of the car, the condition of the engine and body after the race, and other elements. Cars were expected to come to Monte Carlo from Saint Petersburg, Berlin, Rome, Amsterdam, Brussels, Paris, Geneva and Lisbon. 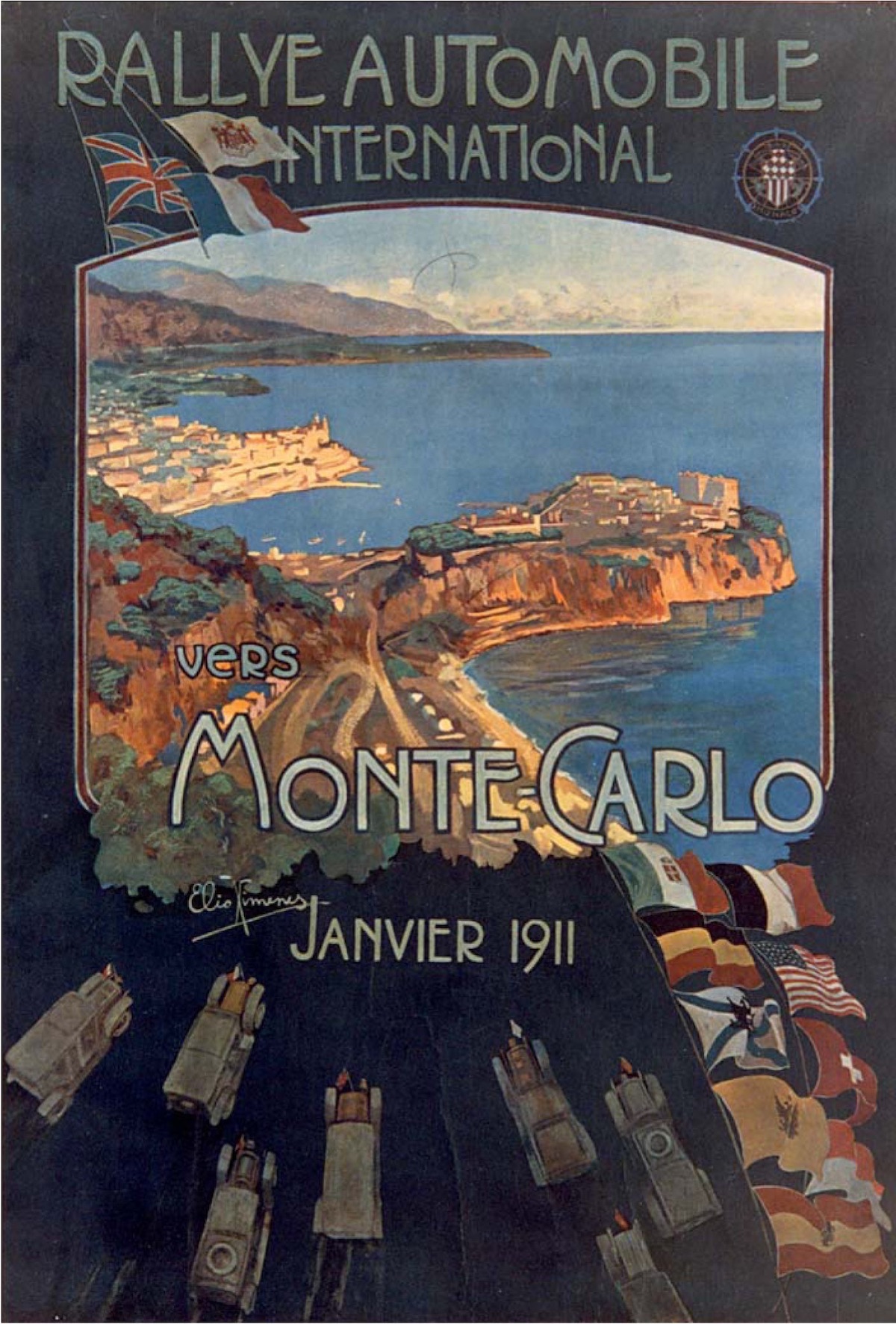 Out of the 23 cars that entered the race, 18 crossed the finish line. The winner was Frenchman Henri Rougier, who had driven from Paris in a large Turcat-Méry with quite a few passengers. His average speed on the tough route from Paris was 30 km/h.

The second Monte Carlo Rally already had 65 entries. The longest route was from Saint Petersburg to Monte Carlo (3,267 km), but only one car started from there. Most of the participants – 22 cars – started in Paris. The departure times from the different cities were calculated so that all of the participants could arrive at the same time in Monte Carlo if they maintained an average speed of 25 km/h. A total of 54 cars reached the finish. One of them was driven by a woman – Mademoiselle Cabien. She drove from Paris in a small two-cylinder Peugeot. Although the Parisian rested at night, her average driving speed was quite impressive – 32 km/h. 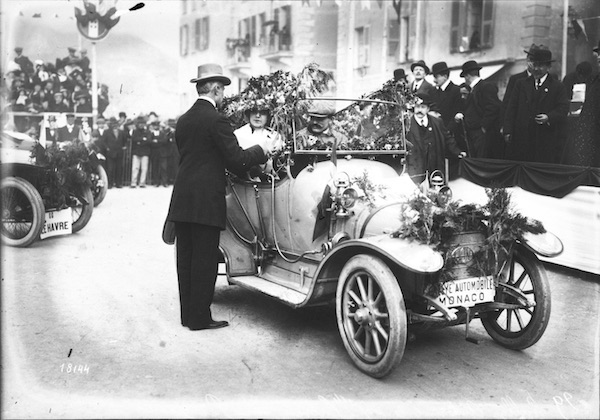 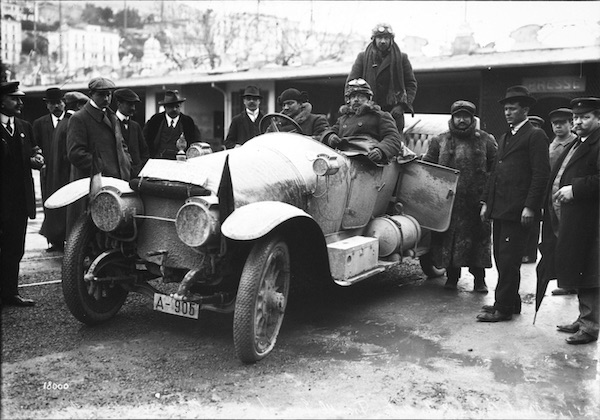 Another sensation was the trip taken by Andrei Nagel and his pal Vadim Mikhailov, who drove from Saint Petersburg. With their Russo-Baltique 24-30 HP, a two-seater sports car made in Riga, they were the first to reach the finish line after spending six days on a long route that was truly gruelling in the middle of winter. 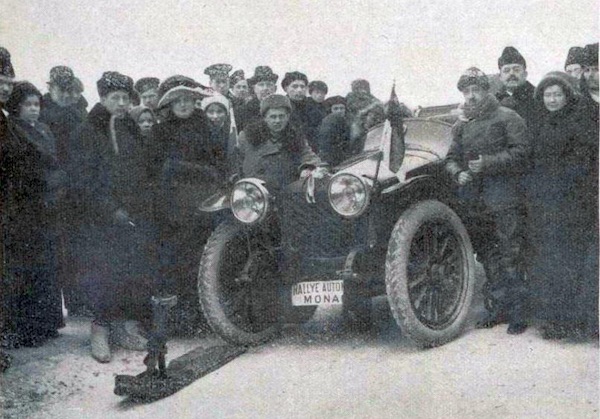 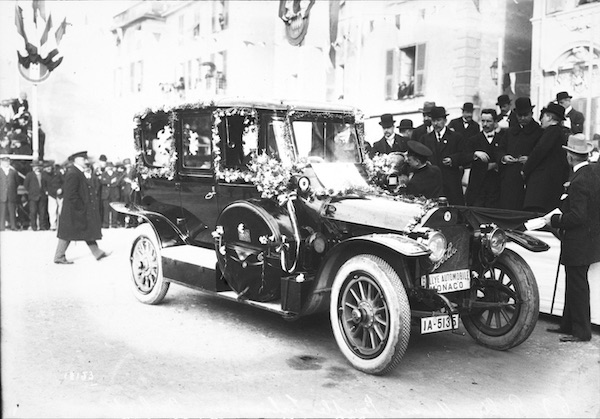 Nagel had carefully prepared for the competition, himself devising and fitting the car with a windscreen to provide some protection from the wind and snow, as well as a tarpaulin roof that was reminiscent of a tent. Nagel drove the entire way. Their rest stops were short, with the longest being a mere two hours. There were times when the motor oil and other fluids froze, making it very difficult to continue driving. But the worst thing was waiting at the finish line – in the opinion of the judges, the non-standard windscreen and tarpaulin roof that had helped the men survive the extremities of the trip “spoilt” its elegance, so the Russian team didn’t get any points for appearance and the actual leaders of the race were classified ninth.

The winner of the first rally, Henri Rougier, had some very bad luck – after driving through Lyon, his road was blocked by a crowd of gawkers who had gathered to see another car that had been in an accident. Unable to pass through, he turned into a bad side road... and arrived at the time checkpoint in Avignon 10 minutes after it had closed. The competition was widely commented on in the press, with the organisers being the subject of much criticism regarding organisational difficulties and obvious imperfections in the regulations. 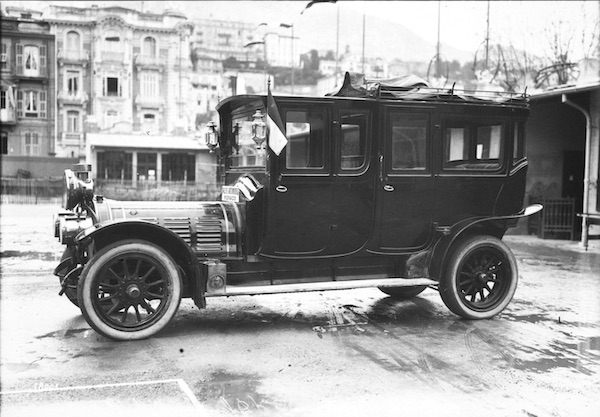 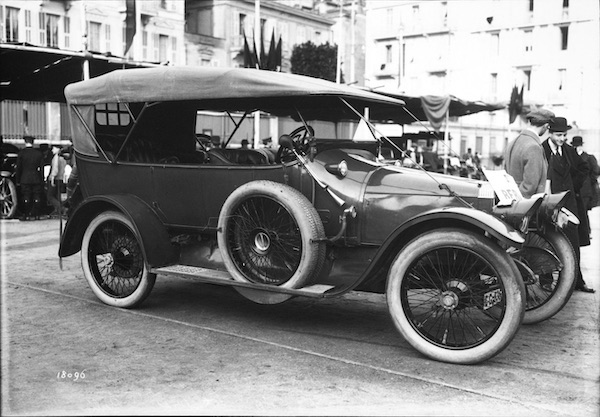 Due to World War I and the ensuing economic hardships, the third Monte Carlo Rally only took place 12 years later. The race regulations had been fundamentally changed, adding a 90-km mountain circuit event at the average speed achieved en route. However, this idea fizzled, since the French police banned going over 30 km/h. Of the 30 participants, only one failed to finish the competition. Interestingly, this time the event was not just for cars – there were motorcycles too.

The fourth Monte Carlo Rally in 1925 saw the first participants starting from outside of Europe – the organisers had added the city of Tunis as one of the starting points. The cars that started there took the first four places in the overall standings. With a direct length of 3,566 kilometres, or a whopping 4,467 kilometres via Casablanca, the new route broke Saint Petersburg’s record. Out of the 47 cars that started the rally, 32 finished. The second place winner was Madame Mertens in a Lancia Lambda. Meanwhile, first place went to François Repusseau, who had five passengers in his huge Renault 40 CV.

In the run-up to the fifth rally in 1926, the organisers complicated the race regulations by starting to weigh the cars, limit the number of passengers and so on. As a result, only 34 cars started the Monte Carlo Rally at that time, with 23 finishing. The drivers assembled at 18 different starting points. Victor A. Bruce, a pastor from Scotland, was victorious in an AC sports car. After the rally, the organisers invited all of the participants to a closing night gala for the first time. This gala, which is held at the Prince’s Palace of Monaco, eventually became a tradition, although the monarch of the Principality of Monaco does not always take part.