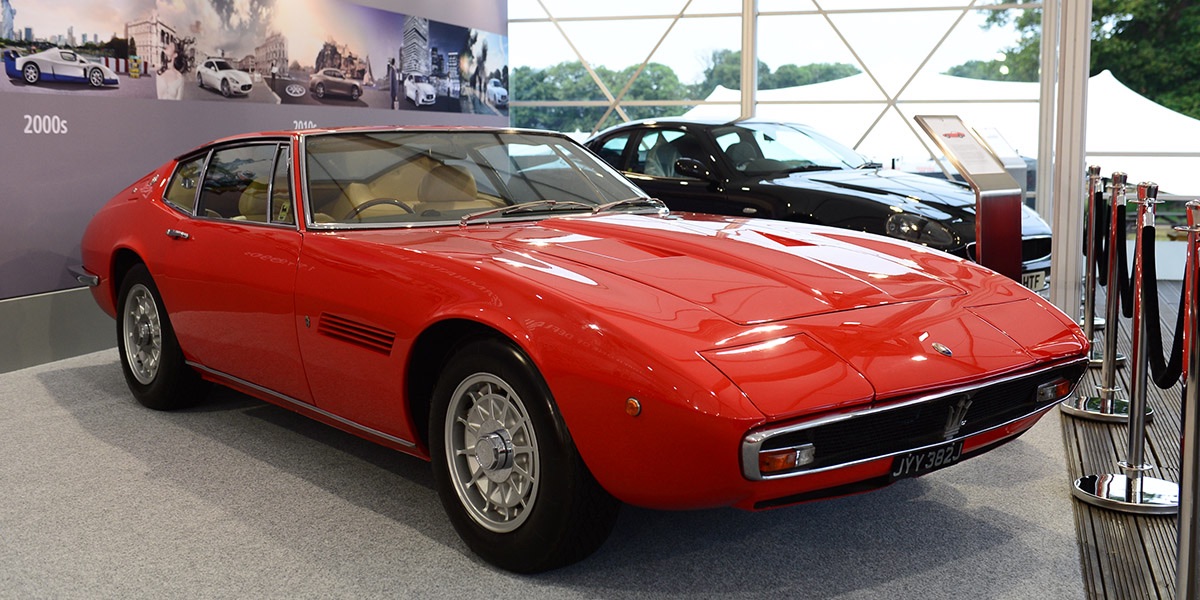 Ghibli was a 2+2 style coupe marketed by Maserati from 1967, it came with four wheel disc brakes, independent front suspension, optional magnesium wheels and race-derived 4.7 l 90° DOHC V8, later increased to 4.9 l for SS version. Originally, its prices started at USD 19,000. Like it was usual for Maseratis of the period, Ghibli name came from a wind, an Egyptian desert wind in this case. And none of these facts are nearly as interesting as the car’s design, so let’s talk about that.

Penned by the legendary Giorgetto Giugiaro during his days at Ghia, Ghibli was the first Maserati’s venture into the wedge territory, and quite a successful one at that. Low slung body was just a tad taller than that of Ford GT40, but the car spanned for 4.69 m. Looking back at it, Giugiaro described the Ghibli as his finest creations of the era. If you pay closer attention, you should notice that car has quite a few more curves than its contemporaries designed by Gandini. Low and sloping bonnet line accentuates the wheel arches. Such dimensions could only be achieved by using a dry-sump lubrication system to move the engine lower. I feel Ghibli is best appreciated from the side, fully taking in the stunning silhouette. Everything from the trident up front to the single exhaust tip in the back is a pure automotive sculpture. The sculptor, in this case, was a local coachbuilder Vignale. 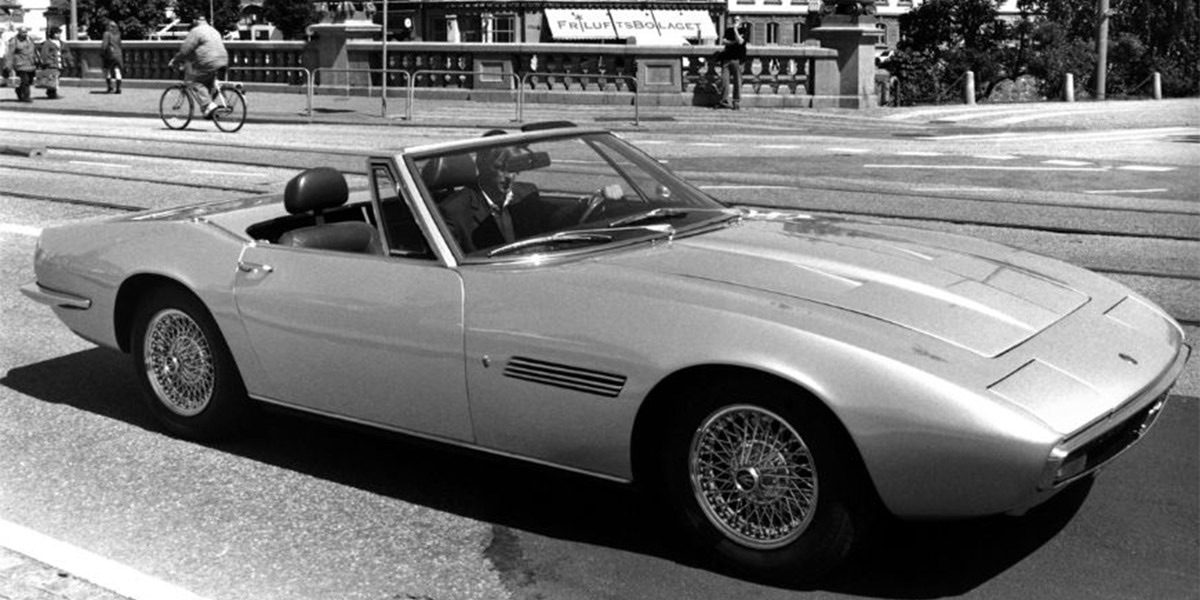 And even with this groundbreaking exterior, Ghibli is built on Maserati’s lineage, combining their GT DNA with racecar technology. 4.7-liter aluminum block V8 is closely related to that found in their 450 S racecar, while the frame was adapted from Quattroporte and Mexico four-seaters. These connections mean that Ghibli is much more comfortable than other wedge-shaped supercars. This car is meant for long cross-continental journeys, no wonder Maserati fitted it with two 50 l fuel tanks.

Generally, Ghibli is less over engineered and temperamental than its rivals from Ferrari or Lamborghini. While the latter use intricate high-revving V12s, Ghibli is propelled by a torque-y V8 that hardly goes past 6000 RPM. With power down low, good seating position and power steering, Ghibli is very user-friendly in real-life driving situations. Even more so due to the fact that a lot of Ghiblis originally came with an automatic transmission. This option was particularly popular in the US, where buyers didn’t fancy the 5 speed ZF manual unit.

But please don’t think that makes Ghibli a slouch, with four double Webers and 330 BHP in the original 4.7 l version, the car could reach a top speed of 265 km/h. In 1969 Maserati presented a 4.9 l Ghibli SS, with a few more horsepower and top speed bumped to 285 km/h, making it a serious performance contender against any car of the period. As you may imagine, the Ghibli SS version is more desirable these days, but it is quite a bit rarer. In total 779 regular Ghiblis were produced and 425 of the SS version.

Those who preferred their GTs topless could opt for a Spyder version. Strictly a two-seater, the Spyder is substantially rarer than the coupe, only 125 of them were made, every fifth being the SS. Due to Giugiaro’s talent, these cars did not end up looking like victims of a botched roof-removal surgery. In my eyes, they even have a hint of American flavour going on, which fits well with the aforementioned V8 powerplants.

The price of Maserati Ghibli

If you have an itch for an Italian late 60s GT, Ghibli may be your best bet. Not only does it offer comfort for long journeys and plenty of performance, it is also more affordable (a very relative term in this price bracket) than comparable Ferrari 365 or Lamborghini Islero, with Ghibli prices hovering around the EUR 300,000 mark. But most importantly, it is going to give you the most joy when you walk away from it after parking and look back over your shoulder.