The Biturbo: Both a Success and a Failure for Maserati

The vast majority of people – even those who are not interested in cars – definitely know the Maserati name, and that alone is quite an achievement for this Italian car manufacturer. After all, the history of the brand had so many ups and downs that it could have easily found itself alongside the bankrupt De Tomaso or Iso.

Maserati is a much older brand than Porsche or Ferrari. The Maserati brothers had been assembling and upgrading various race cars in their garage as far back as 1914, and they already began producing race cars branded with their surname in 1926. Incidentally, it was also in 1926 that all Maseratis began to be accompanied by the famous trident that the brothers got the idea for from the Fountain of Neptune in Bologna. Their products did very well in motorsport and by 1934 Maserati had become the biggest single-seater race car maker in the world. 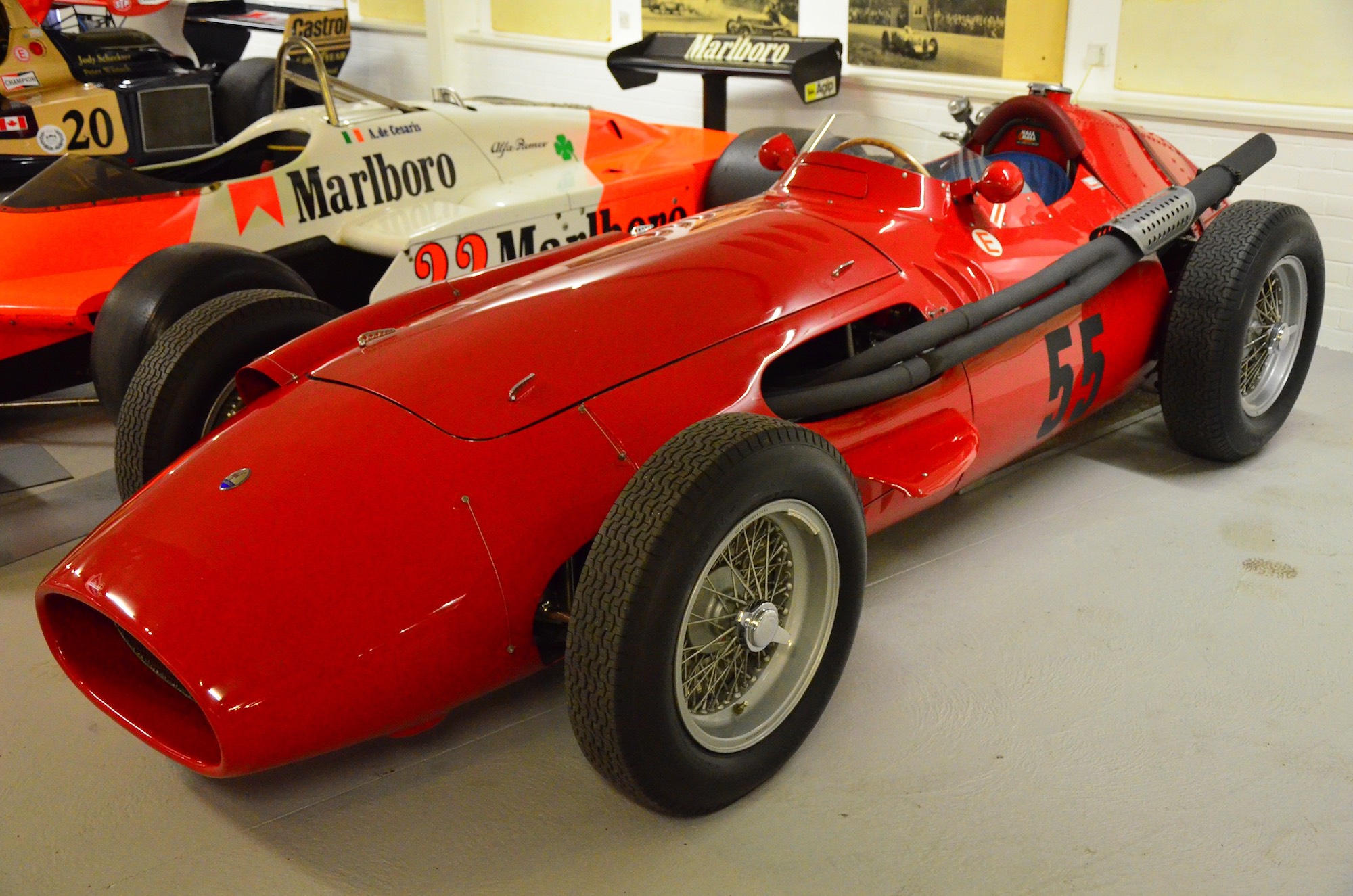 However, Maserati only made its first road car after the war when the brothers had sold their shares in the company to the Orsi family, which decided to monetise the brand's racing glory by releasing the Maserati A6. However, winning buyers' hearts wasn't all that easy. Up until 1955, in nine years of production, they only managed to sell 139 cars with just one authorised dealership in Rome. Maserati was concurrently participating in racing, and doing rather well there – legends like Juan-Manuel Fangio and Stirling Moss claimed quite a few historic victories with Maserati race cars.

However, the company's finances were teetering on the brink of bankruptcy the entire time, so the Orsi family made the logical decision to withdraw from motorsport and turn the brand into a world-class luxury sports car maker. And they did just that with the amazing 3500 GT. This fast and stylish 2+2 coupé became the star of the 1957 Geneva Motor Show and finally guaranteed the company a stable number of orders. A convertible version came out (mainly for the US market) two years later, and by 1964 they managed to sell about 2,200 of the 3500 GTs in total. And that's not bad considering that the car cost USD 12,000 – the same as three Mercedes-Benz 190 SLs. 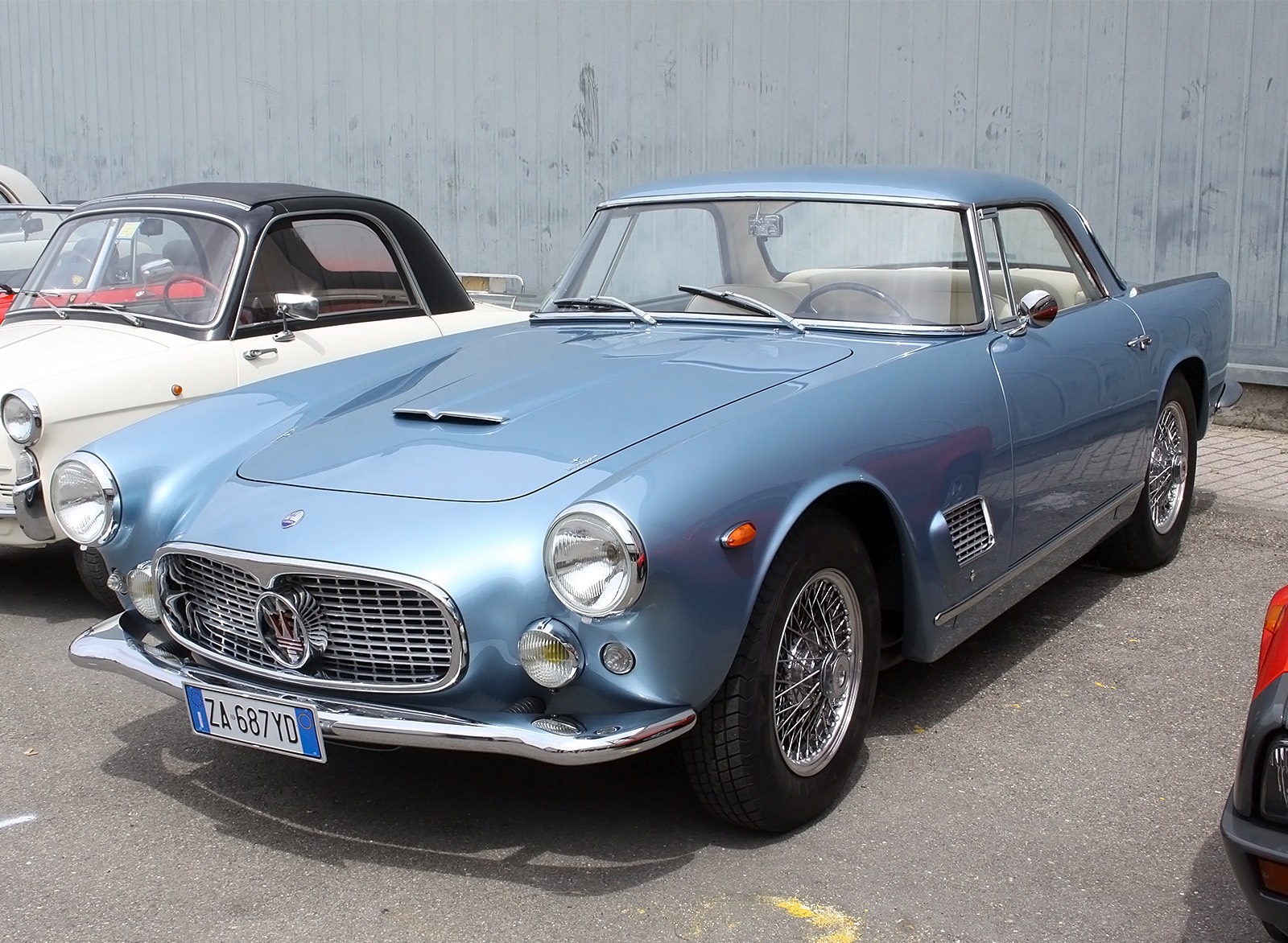 However, the period of financial stability didn't last long. The Maserati Sebring that replaced the 3500 GT was no longer as popular, and new models like the Ghibli, the Mistral or the four-door Quattroporte didn't straighten out their finances either. The company ended up on the verge of bankruptcy and was taken over by Citroën in 1968. Although this was probably more of a dream marriage than a sell-out to the French. Citroën guaranteed the Italians the financial backing that they were after, while Maserati promised to use all of its racing know-how to develop a new engine for the future Citroën SM. It was during the partnership with Citroën that the wonderful Bora and Merak came out and returned Maserati to the pinnacle of supercars alongside Lamborghini, Ferrari and De Tomaso. Incidentally, the Bora had a whole array of Citroën hydraulics – the brakes, the pedals, the height of the driver's seat and even the pop-up headlights were controlled with the help of green LHM. 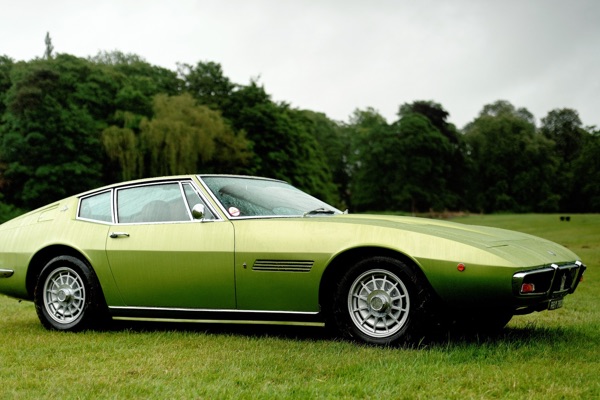 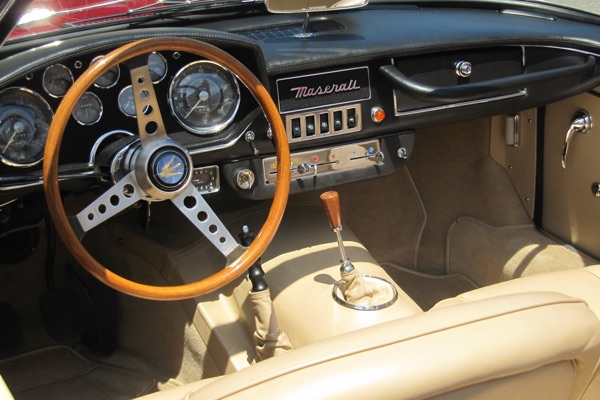 But then the oil crisis hit, and Citroën had so many problems of its own that it began looking for ways to get rid of the dead weight that Maserati had become. So after just seven years together, they got a divorce in 1975 and Maserati was put back on sale. Argentinian tycoon Alejandro de Tomaso, who by then was a successful businessman in the automotive industry, became its principal owner and CEO. The De Tomaso brand named after him had its own line of supercars, so Alejandro outlined a new vision for the Maserati marque. What de Tomaso did is best described by the contemporary marketing term "masstige". He decided to take the Maserati name, which up until then had been associated with very luxurious cars, and release it to the masses in the form of the 1981 Biturbo. The model that marked the new Maserati era was nothing like the mid-engined Bora; rather, the Biturbo was something of an Italian BMW 3 Series – an expensive but not overly expensive front-engined, rear-drive coupé. And this offer was perfectly in tune with market needs – already in the first few years, the Biturbo became the most popular model in the company's history. 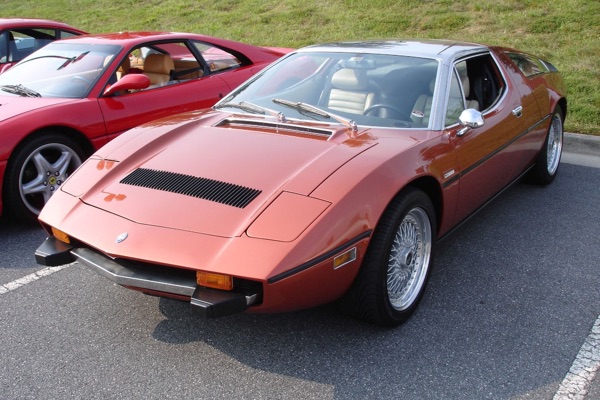 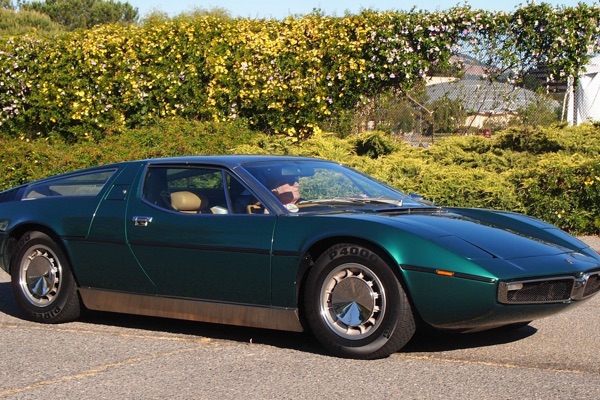 On paper, the Biturbo was probably one of the best deals in the premium market at that time. Its design might not have been very special, but it was in line with the latest trends of the '80s. The car could seat four, but the main thing was that it was crazy fast. And as the name suggests, it was the first production car with two turbos. Thanks to the two Garrett turbochargers, the 2.0-litre engine could produce 180 PS and got the new Maserati to 100 km/h in seven seconds, which was close to what supercars were doing at that time. In addition, the Biturbo cost about the same as a BMW 325, so in the early '80s, this 'people's Maserati' seemed like the ideal purchase for a pragmatic petrolhead. The American version had a slightly modified 6-cylinder, 2,491 cc, 185-hp engine and during its first year on sale in the United States (1984) a record 2,023 were sold. Alejandro de Tomaso probably felt like a true genius at the time, since it appeared that he had managed to combine two incompatible things: mass production and handmade exotic. 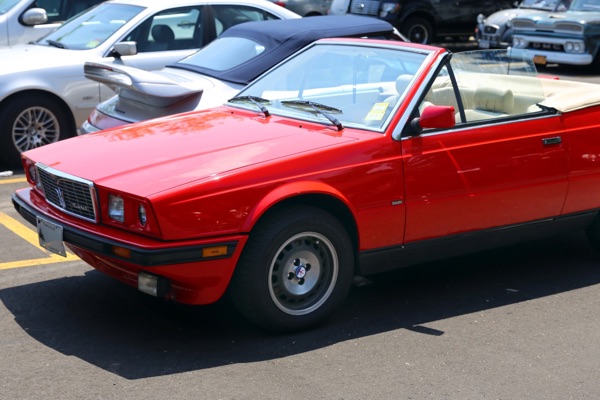 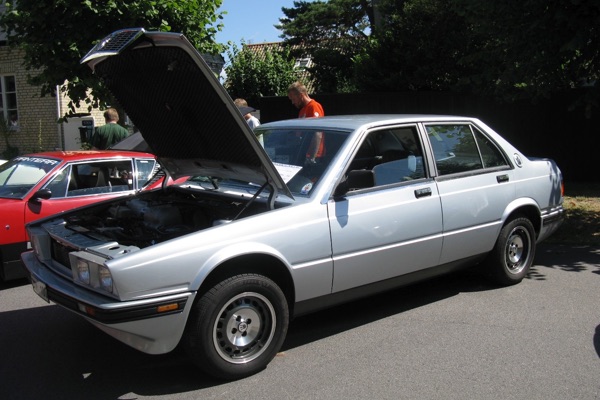 However, de Tomaso didn't take into account that it's one thing to produce supercars and sell them in limited quantities to very wealthy people who might not even use them as their daily driver, and it's quite another when you try to fill a market 10 times the size with your products. Maserati didn't have a wide network of services, and consumers expected the Biturbo to be as reliable as an ordinary Toyota, so in just a few years, the new model acquired a terrible reputation. The problems with the non-adjustable carbs, the non-intercooled turbos and all kinds of electrical gremlins were definitely not what premium-segment customers expected. Sure, the Italians made improvements every year, equipping the Biturbo with an intercooler in 1985 and electronic fuel injection in 1986, but the situation had already gotten out of control.

Sales fell so much that in 1987, Maserati didn't officially export a single Biturbo coupé to the US in order to at least help dealers clean out their warehouses in this way. Not even the newly released Biturbo four-door sedan or two-door convertible helped. Some 5,000 Biturbos had officially been imported into the United States by 1990, before the struggling company ultimately withdrew from the US market, only to return a good decade later. 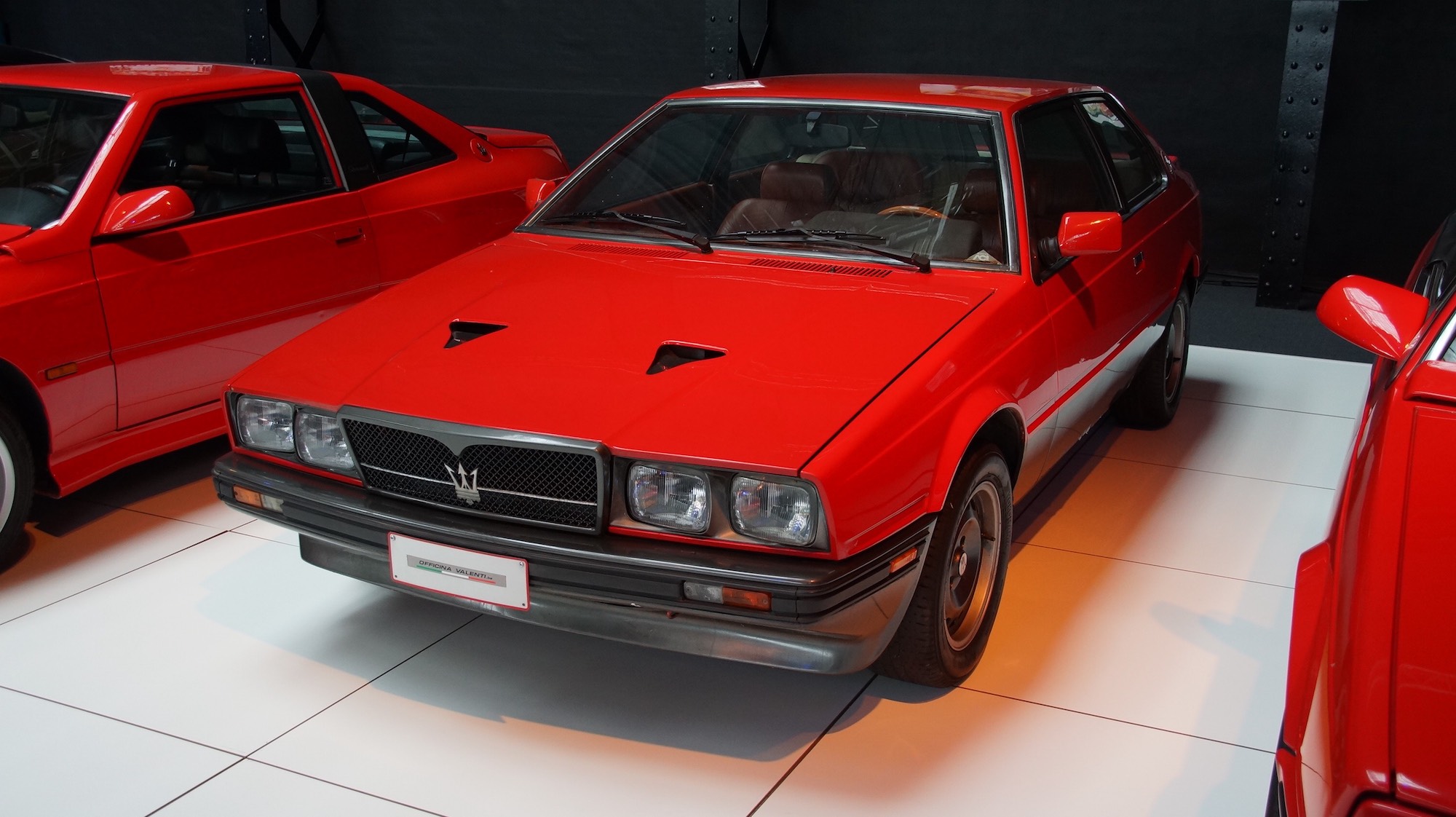 And starting in 1990, Alejandro de Tomas already had to cooperate with Fiat, since Maserati was once again facing financial difficulties. There were thoughts about a new supercar, the Maserati Chubasco, but nobody wanted to spend money on it, so in the early '90s they had to make do with the Shamal and the Ghibli II – more powerful derivatives of the Biturbo that tried again to be niche supercars and that were fast but ridiculously expensive. With these models, which can also be considered part of the Biturbo family, a total of almost 40,000 Biturbos were produced by 1981, which is a record that no Maserati product has surpassed since.

No doubt, the Biturbo is not the model that the present-day Maserati would like to be associated with, but it can in a sense be treated as the company's saviour, without which the firm would have gone bankrupt in the '70s. In addition, Biturbo fans always have a trump card, because there was another project that Maserati was entangled in that was much worse. This was the Chrysler TC by Maserati produced from 1988 to 1990 – a strange car with an even stranger Maserati trident logo inside of the Chrysler Pentastar. 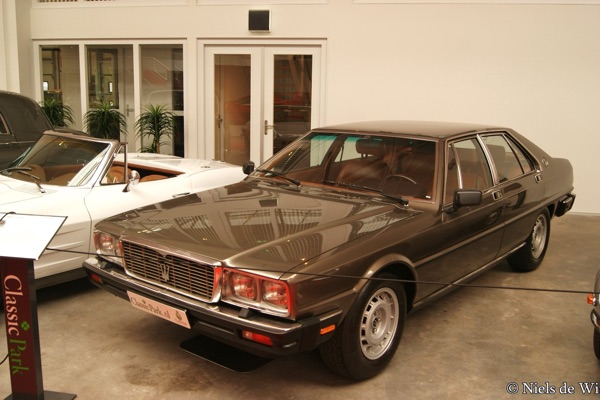 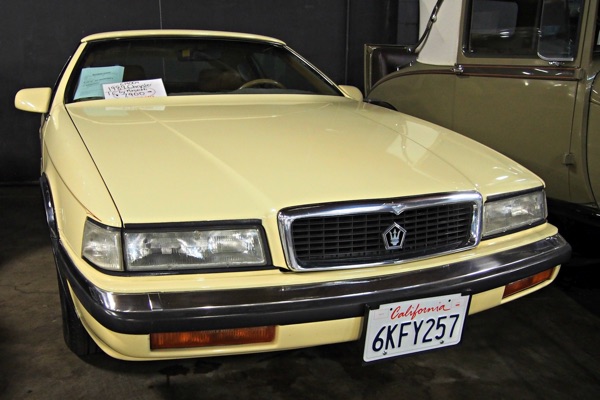 In 1993, Maserati was completely passed into the hands of Fiat, which at that time was already the owner of Maserati's perpetual rival Ferrari. And Maserati has remained a part of the Fiat Group ever since. Ferrari and Fiat can be named the true guardians of the trident, because they were the ones who found an excellent place for Maserati in the car market and started a completely new era with the 1998 Maserati 3200 GT. Maserati is presently a successfully growing manufacturer of luxury cars. And if the company is ever sold (rumours of this are still around), it looks like this time it will be sold for the price it deserves.