“Oh, I bet you’re pleased about having to write about the Porsche 996 911,” my friend joked down the phone on a blisteringly gorgeous Peak District summer day last year. “The beer gardens are open, and you’re stuck inside writing about a car that’s shit to look at and not very nice inside.”

Based on what little I then knew about the car, I agreed with my friend that the 996 did in fact “look very shit and wasn’t very nice inside” and reluctantly ploughed on in front of my computer.

Yet over the last year or so, I’ve learned to appreciate the 996. Don’t get me wrong, I still prefer the more classic lines of its predecessor and successor - the 993 and the 997 respectively - but compared to the overly fussy type of design that’s become popular over the last few years (yes, I’m looking at you, BMW) its clean styling looks... in fact, I’d go as far to say it looks good.

When it launched in 1996, the 996’s looks were divisive as it was. However, it’s what Porsche put in the back that caused the 911 Faithful to foam rabidly at the mouth and mutter many things about “tradition”.

Shock horror! The clever ladies and gentlemen in Stuttgart had moved away from an air-cooled engine (a unit that had been used in 911s since the car’s launch in 1964) to a water-cooled unit, which Porsche has since used in all 911s from the 996 onwards.

Don’t get me wrong, I love the rasping note of an air-cooled 911. The “911 smell” of burnt oil that more often than not finds its way into the cabins of pre-996 911s is also something that sends me giddy - both literally and figuratively.

Yet the fact remains that despite all of the air-cooled engine’s character, they possess a George Bestian thirst for oil (the 993 has three oil gauges...) and in modern terms, they’re simply not as efficient as their watercooled counterparts. Early air-cooled cars also had a habit of overheating when stationary.

We all suffer from nostalgia to varying levels, but like it or not - the fact remains that modern things are better 99% of the time. If you can get past the cruelly-named “fried egg” headlights and the “untraditional” watercooled engine - the two things that mean you can get an early 996 for as little £12,000 - then Porsche’s “unloved” 911 is the steal of the decade.

Inside, the 996 is more comfortable and roomier than any 911 that had come before it. Behind the wheel, it’s analogue, involving, and it feels alive, which is how a 911 should feel. Whilst the interior is very much a product of its time, it’s much easier to navigate than any of its predecessors and it won’t take a century to figure out how to use the heating because Porsche doing Porsche Things means that the buttons are under the dashboard or something.

Overall then, the 996 is a well-made, well-sorted machine. Most importantly, though, it’s a Porsche, which means it will be reliable and you can use it every day.

Ignore the naysayers who deride the 996 because of “tradition” or something. It’s still very much a “proper 911”. 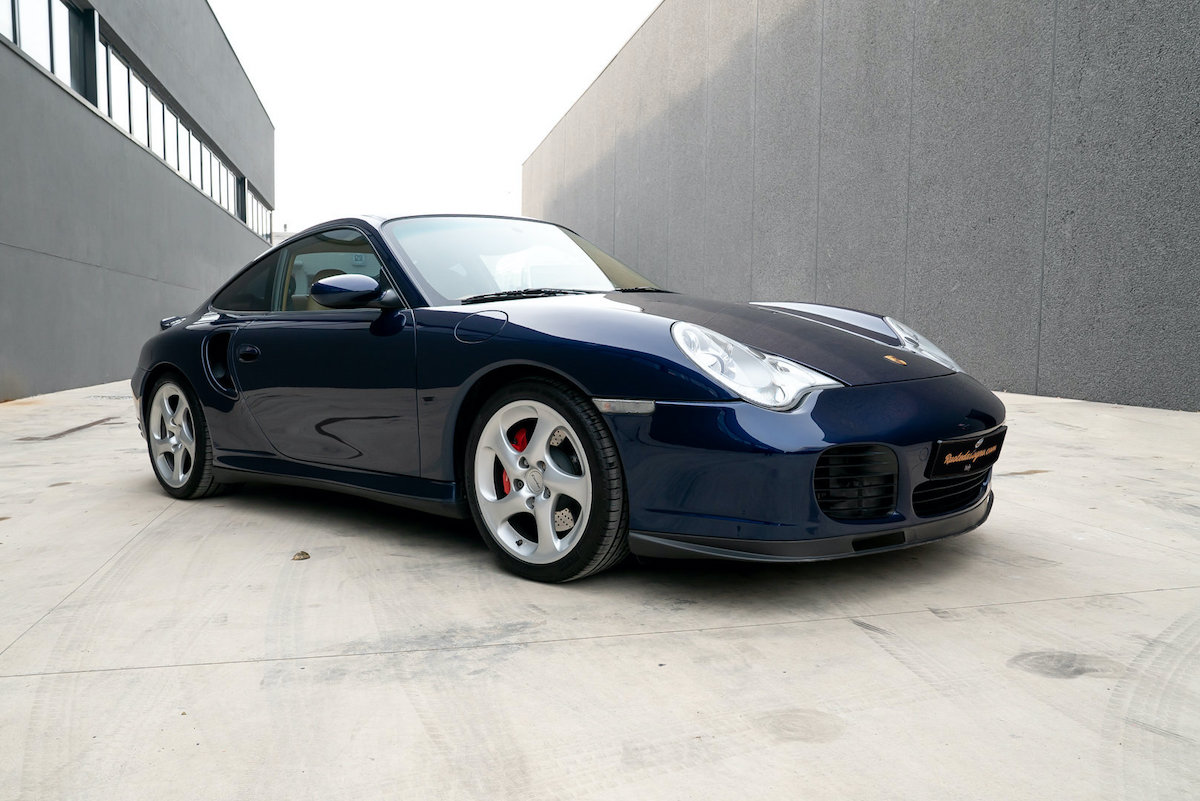 As we’ve established, the 996 was a radical departure for Porsche in every single way and the legendary Turbo model was no different. Since it was launched in 1975, the 911 Turbo had gained a reputation for being somewhat of a widowmaker - whilst its speed wasn’t in question, the way the power was delivered from the turbo could catch even the most skilled driver out. Whilst Porsche softened the 911 Turbo’s fearsome reputation with the 964 and the 993, it wasn’t until the 996 that the Turbo became truly accessible. Alongside 420bhp and a top-speed of 190mph from its controversial, watercooled engine, Porsche bolted four-wheel-drive to its all-new, friendly supercar which - unless you drive like a right arse - meant it was accessible to pretty much anyone. The 911 Turbo’s new-found friendliness was also facilitated by upgraded brakes and suspension to deal with the instant shove of power. Even some 15 years after production ceased, the 996 Turbo remains an awesome all-weather supercar and the blueprint for all modern, high-performance 911s. 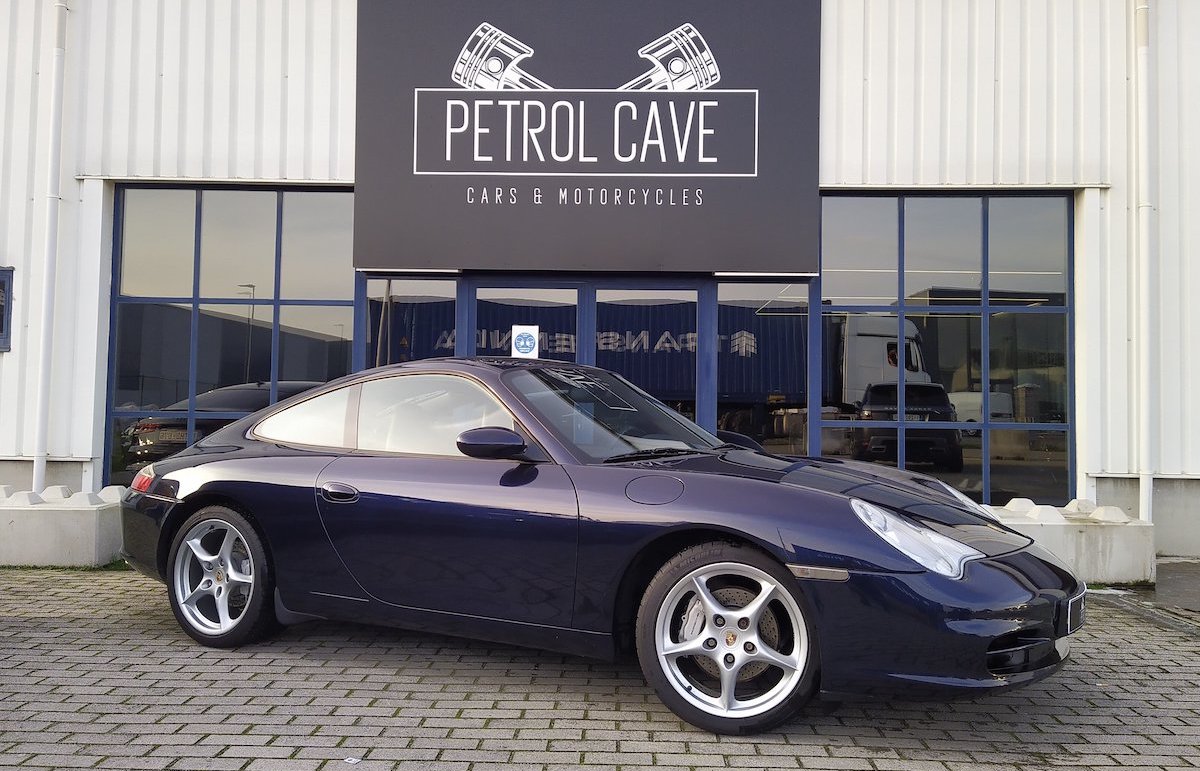 There are two reasons why I’m a big fan of the 996 Carrera 4. Firstly, it’s the only 911 I can realistically afford. Secondly, I’ve got a bit of a reputation for crashing, so the four-wheel-drive would help me out massively for when I run out talent. Again. Compared to new 991s and 992s, the 996 Carrera’s “narrow body” design gives it an elfin appearance that highlights just how porcine modern cars have become over the last few decades. The Carrera was and still is the entry-level 911. In 996 guise, it’s a simple machine, and therein lies its beauty. Its 320bhp, flat-six boxer engine is naturally aspirated, whilst the passive rear axle and mechanically-assisted steering make for a truly engaging, analogue experience behind the wheel. Best of all? It can be yours for the price of a modern day hot-hatch. 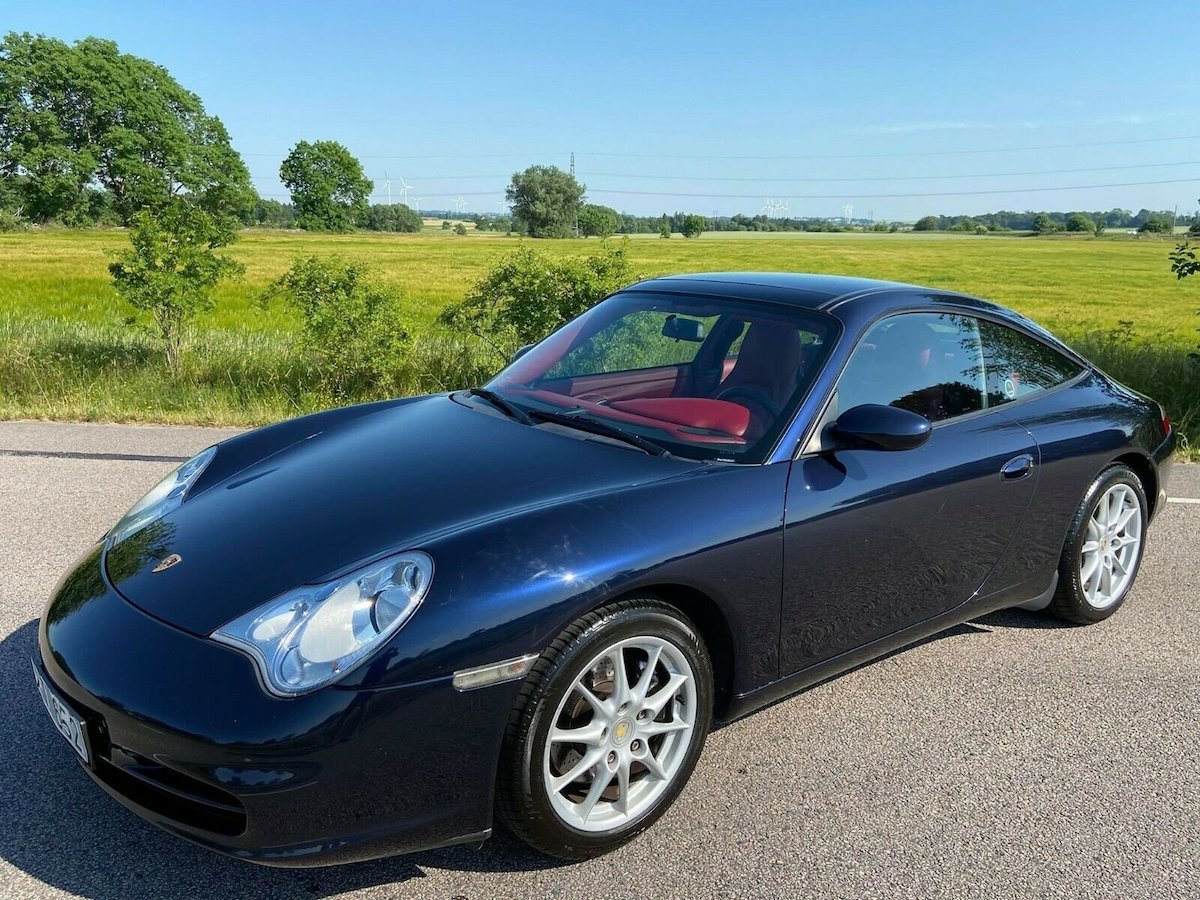 The Targa is one of the most sought after Porsche 996s as it gives owners all the joys drop-top motoring without the impracticalities that come with a soft-top. Like its predecessor, the 993 Targa, the 996 version was based on the 911 Convertible. However, the soft top car’s fabric roof was replaced with a glass roof that would tuck away under the rear screen when tucked away, which made the Targa a midpoint between the 911 coupé and the 911 Cabriolet. It isn’t a secret that the 996 was the most-produced 911 ever with over 175,000 cars made. With the exception of special edition cars such as the 911 Millennium edition and the 40 Jahre edition, the Targa is the rarest of the standard 996s around. 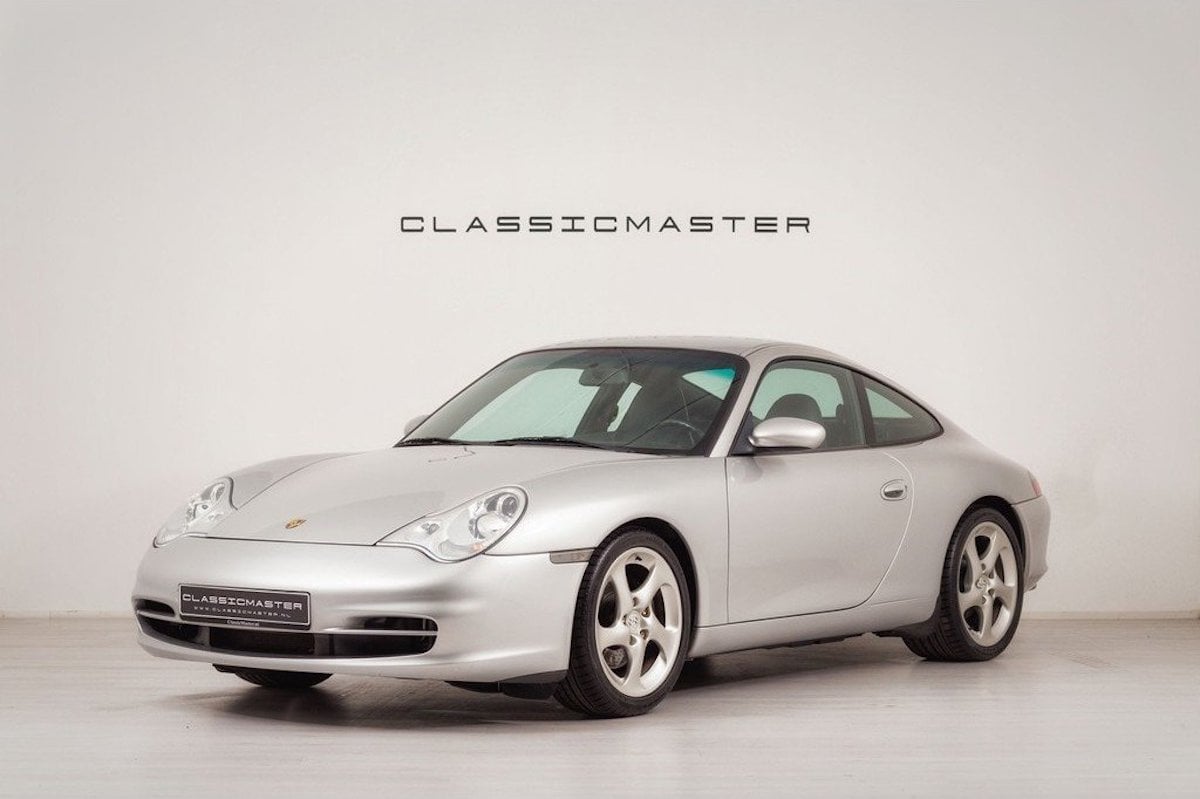 If the Carrera 4 is the 996 I’d keep in my garage, the Carrera R would be the one that occupies the space next to it. The Carrera R was based on the mighty, all-conquering 996 Turbo’s chassis and it also took its alloy wheel design and sonorous exhaust system from the 911 flagship. However, it retained the inauspicious body from the entry-level car. It could be argued that the R served as the bridge between Carrera and Turbo as it kept the naturally-aspirated engine found in the Carrera 2 and Carrera 4, albeit with 345bhp as opposed to 320. The Carrera R arrived in the early 2000s when the 996 was being phased out in favour of the less controversial 997, thus making it one of the rarer iterations of Porsche’s sports car. Alongside the upgrades over the standard Carrera, being amongst the last of the 996s meant that Porsche gave it a whopping initial asking price of EUR 125,000. 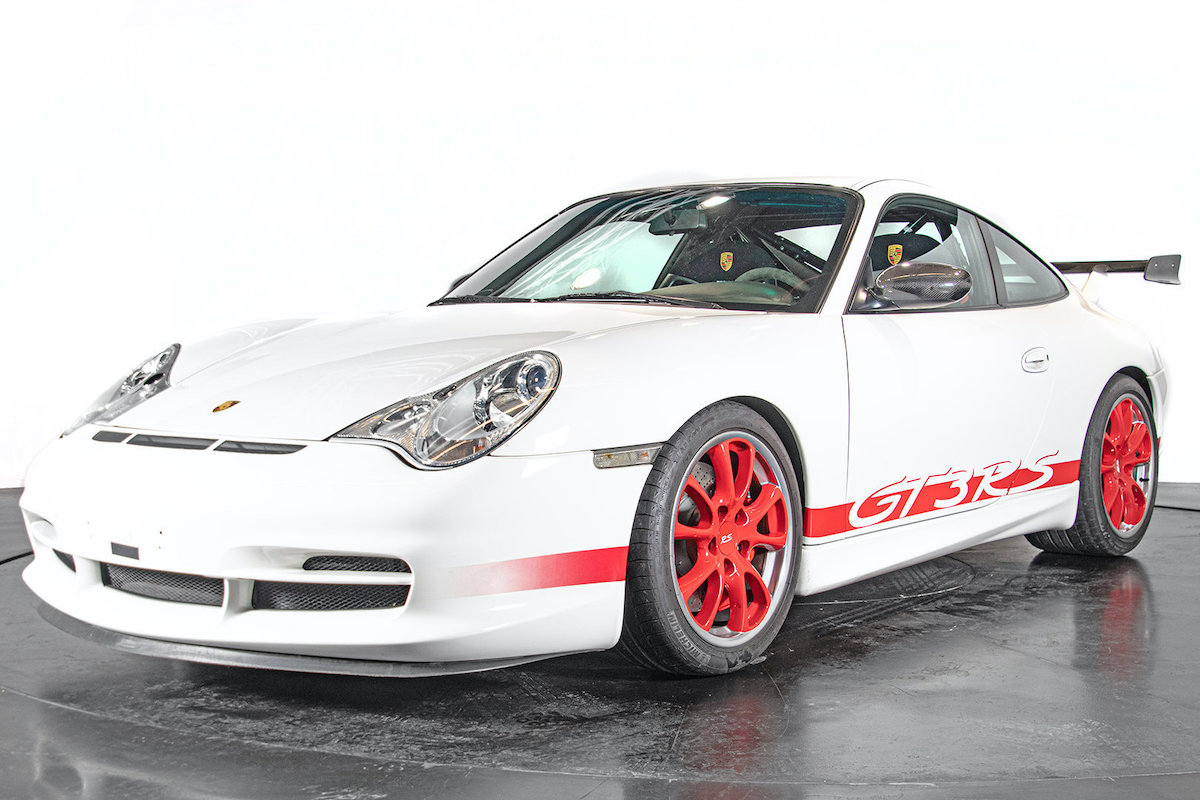 The 996 GT3 RS may be neither sensible nor comfortable, but its track day focus makes it one of the greatest 911s ever made
© Ruote da Sogno

You know the new RS 911s - the lightweight, track-focused, road-going race cars? Well, without the 996, you wouldn’t have them. In 2003 when production of the 996 was winding down, Porsche threw everything they had at their latest track weapon. The bonnet, wing mirrors, and rear wing are all fashioned from Stuttgart’s finest carbon to keep weight to a minimum. The windows are polycarbonate plastic, all creature comforts have been removed to ensure that the GT3 isn’t overweight by a single gram. The result? 1,330 kilograms, and a top speed of 190mph. Looking at this two-tone car with its huge spoiler, it shouldn’t surprise you that it’s not an easy thing to drive - the clutch is heavy like on a race car, and the steering will catch you out if you don’t treat this noisy, visceral machine with the respect it deserves. In addition to being one of the truly, truly excellent 911s, the 996 GT3 is an exceedingly rare model as Porsche made only 682 of them.