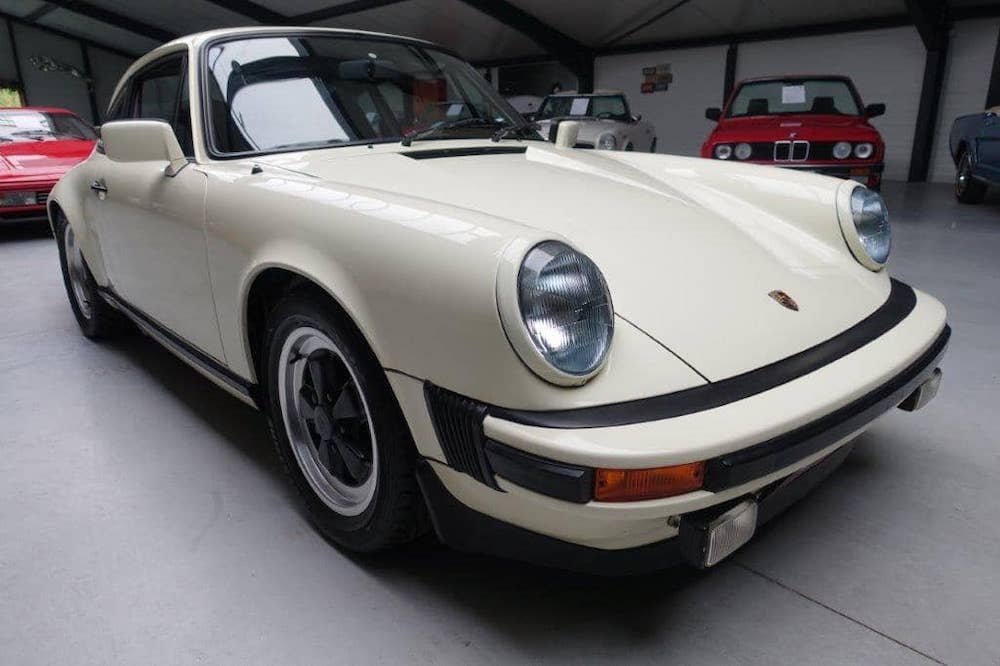 In recent years, prices for an air-cooled Porsche 911 have skyrocketed and it is not uncommon to see asking sums well within six-figure territory.

But what if we told you that you could buy an old school 911 for the price of a 996 or a modern day hot-hatchback… sounds too good to be true, right?

Well, thanks to the overlooked 911 SC, you can still enjoy that air-cooled soundtrack and analogue Porsche driving experience for anything upwards of EUR 30,000.

Scroll below to discover the forgotten 911 that’s emerging as Porsche’s bargain of the century on the classic car market. 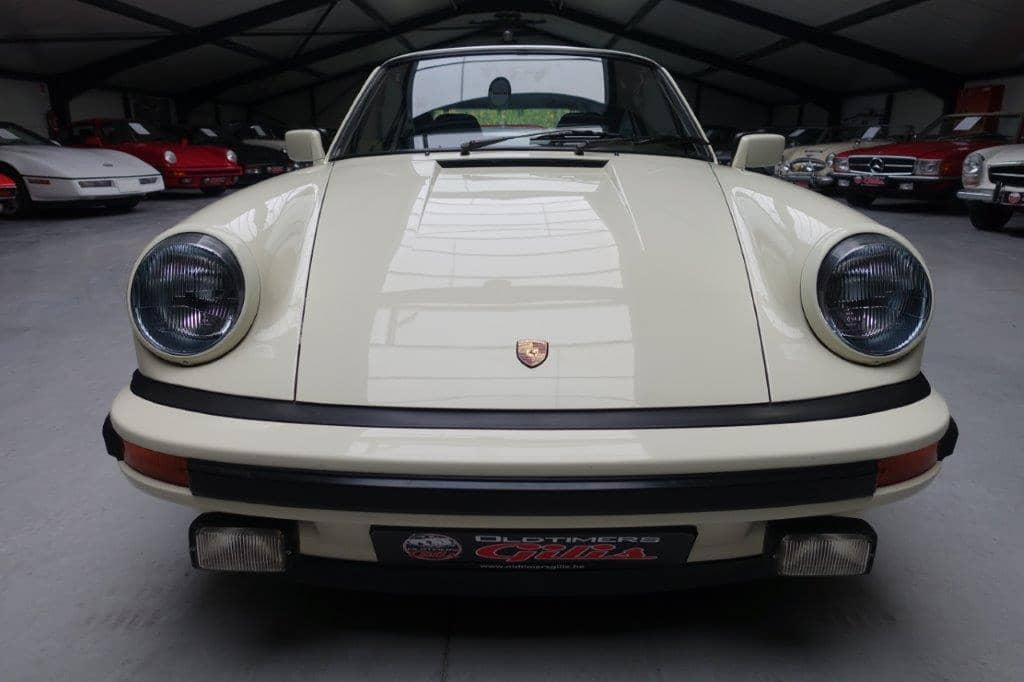 Porsche intended the SC to be the last 911, which was set to be dropped in favour of the 928
© Oldtimers Gilis

The Porsche 911 SC - or “Super Carrera” - was supposed to be the last Porsche 911. Come the end of the 1970s, Porsche intended to phase out its iconic rear-engined, air-cooled sportscar which - by that time - was becoming a little old in the tooth. Its replacement was intended to be the 928. Unlike the 911, the 928 had its engine, a water-cooled V8, up the front. It also had a hugely advanced transaxle. As we all know though, 911 fans are a stubborn bunch. We also know that there’s “no such thing as a bad Porsche 911”, so despite Stuttgart’s best efforts, loyal enthusiasts just kept buying them. Porsche realised that pretty much nothing could keep customers away from the 911. The 911 ended up peacefully coexisting alongside the 928, which was marketed as a luxury GT.

What Makes The Porsche 911 SC Special? 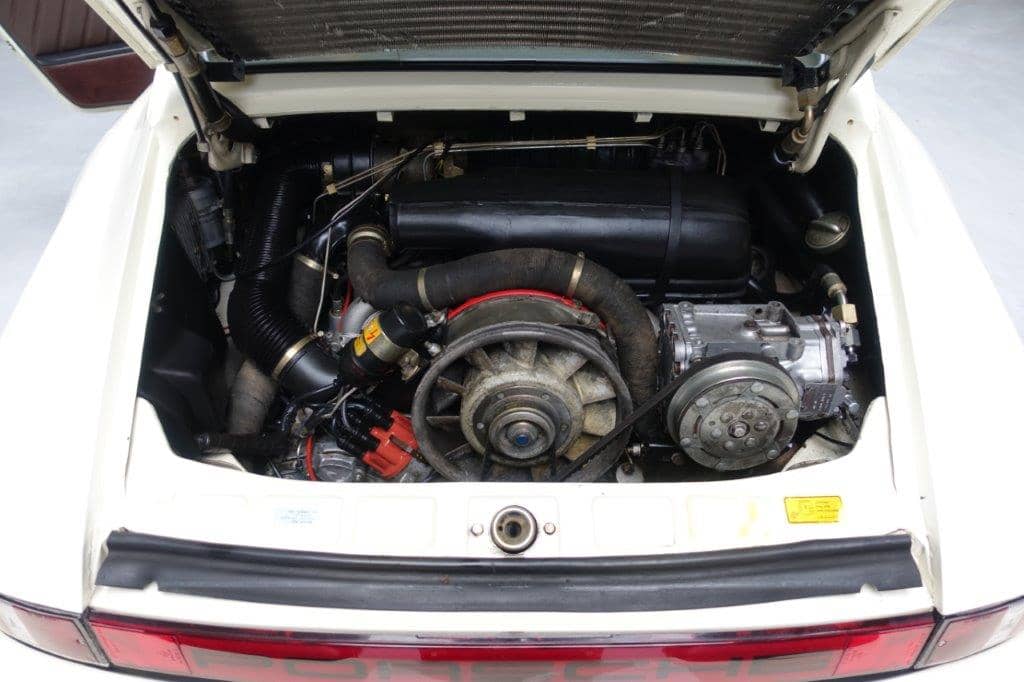 The SC was a landmark car, because it was the first Porsche 911 to be made for everyone - not just the enthusiast. The standard 911’s unusual rear-engine, rear-wheel-drive configuration had already earned it a reputation as a handful, Meanwhile, the 911 Turbo had garnered the moniker the “The Widowmaker” or “Der Witwenmacher” for reasons such as - you know - unpredictable turbo lag followed by snap oversteer. With the 911 SC, Porsche went out of its way to correct the 911’s devilish reputation. Its engine was the robust 3.0-litre, flat-six, air-cooled engine from the turbo, yet in its efforts to create a car for drivers of all abilities, Porsche removed the turbo and threw it in the bin. In its standard form, the 3.0L motor only produced 180bhp (later models would make 204bhp), but the addition of a Bosch K-Jetronic fuel injection system ensured it remained a flexible, torquey engine which underlined the 911’s reputation for mechanical strength and simplicity. Externally, the SC was fitted with the zinc-coated body shell Porsche introduced in 1976. This bolstered the 911’s already-strong reputation for durability and solid build quality. Most importantly, the SC showed Porsche that with some improvements, the 911 was still the most popular car in its line up. Its accessibility and easy nature meant that the SC - the car which was set to be the last 911 - actually ended up reviving the model and sealing the 911’s future.

How Many Porsche 911 SC Cars Were Made? 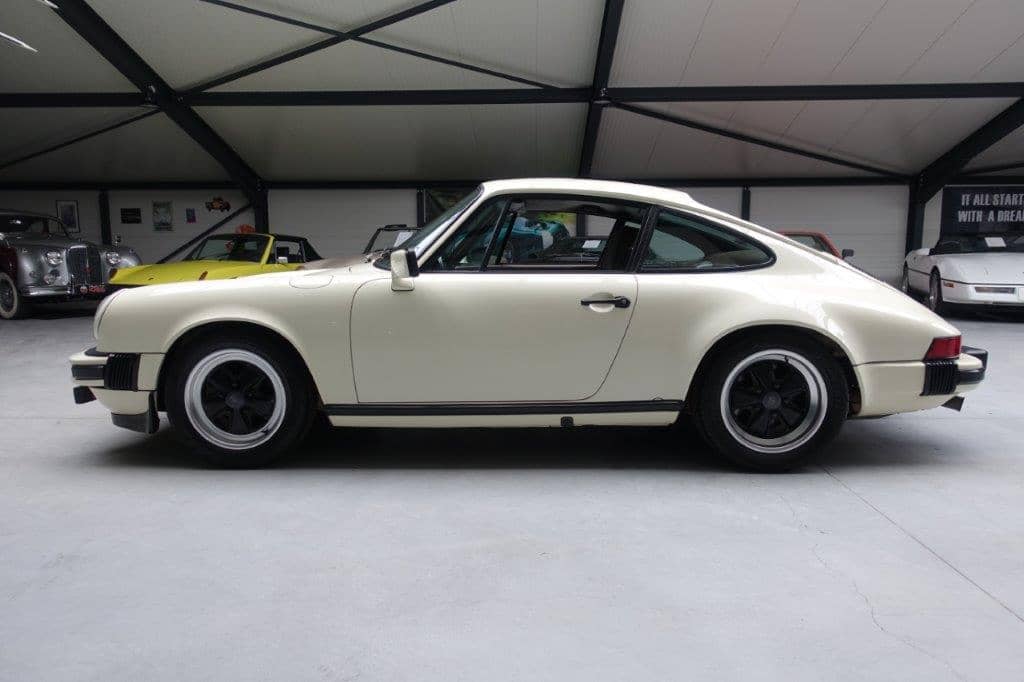 Almost 59,000 Porsche 911 SCs were made and a few special editions were commissioned during its lifecycle
© Oldtimers Gilis

The Porsche 911 has never been a ‘rare’ sports car, and the SC was no exception. From 1978 to 1983, almost 59,000 of them were made. Amongst the rarest SCs are the 1978 Martini edition; a car identified by its Martini-coloured side stripes, and the Weissach Edition - just 468 of these were produced. Essentially a standard SC with special paint, these were only available in Black Metallic or Platinum Metallic. They also had a flexible lip on the front air dam, Bilstein dampers, Fuchs wheels, and the iconic whale tail rear spoiler. The rarest of the special edition SCs is the ‘Ferry Porsche’ edition. Made to commemorate 56 years of Porsche, only 266 of these limited edition cars were produced. Each of the Ferry Porsche models were finished in Meteor metallic paint with a burgundy leather interior. A Ferry Porsche signature was stitched into the driver and passenger headrests. Targa models are also especially desirable amongst Porsche enthusiasts seeking a classic air-cooled 911. 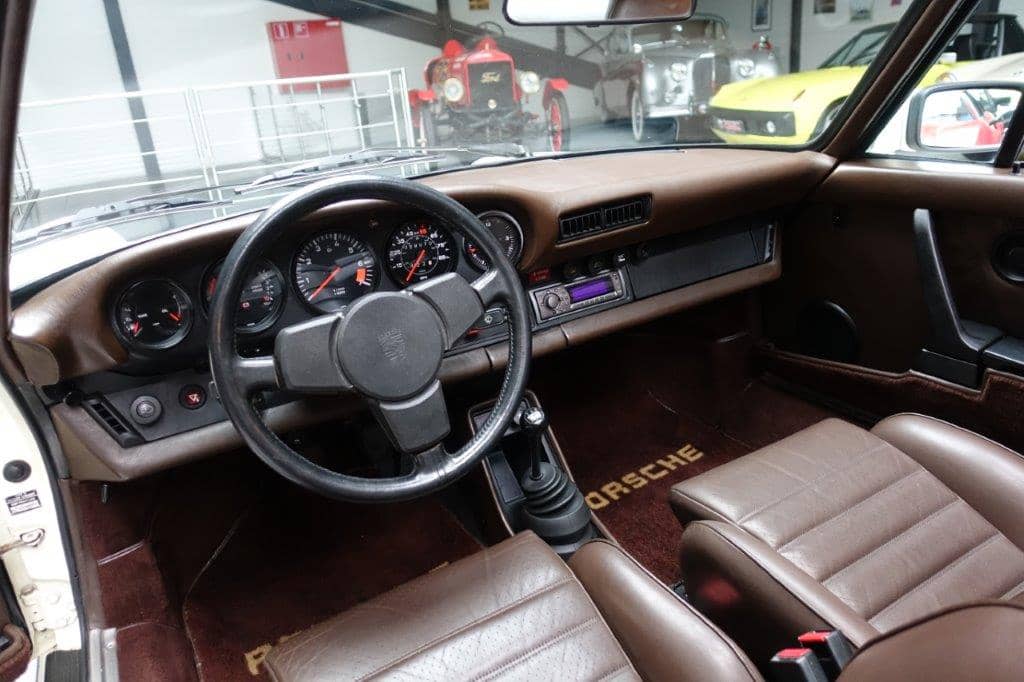 Like all Porsche 911s of the time, everything about the SC was analogue, weighty, and geared towards the driver
© Oldtimers Gilis

The simple answer would be “not as easy as a new 911”. After all, the SC is a car that’s over 40 years old. Like any performance car of its vintage - Porsche or otherwise - the 911 SC needs to be driven and treated with respect. Don’t expect the lurid moments or speeds you would expect from a period 911 Turbo - don’t forget that this is a naturally-aspirated car with 204bhp at most. However, the beauty of the 911 SC lies in the fact that it’s easy to drive - you don’t need to be a Jacky Icxk or Marc Lieb to learn, enjoy and get the best out of it. It is worth nothing though, that whilst the SC was the first 911 to have a brake servo, it does not have ABS. With that in mind, you still need to be soft with the brake pedal to avoid locking the front wheels. The absence of power steering - the 964 was the first 911 to be fitted with it in 1989 - also means that the steering is heavy at low speeds. Overall, the 911 SC is quite a physical car - especially with its manual five-speed gearbox. Yet like all 911s, it returns a rewarding and pleasurable drive like no other car. 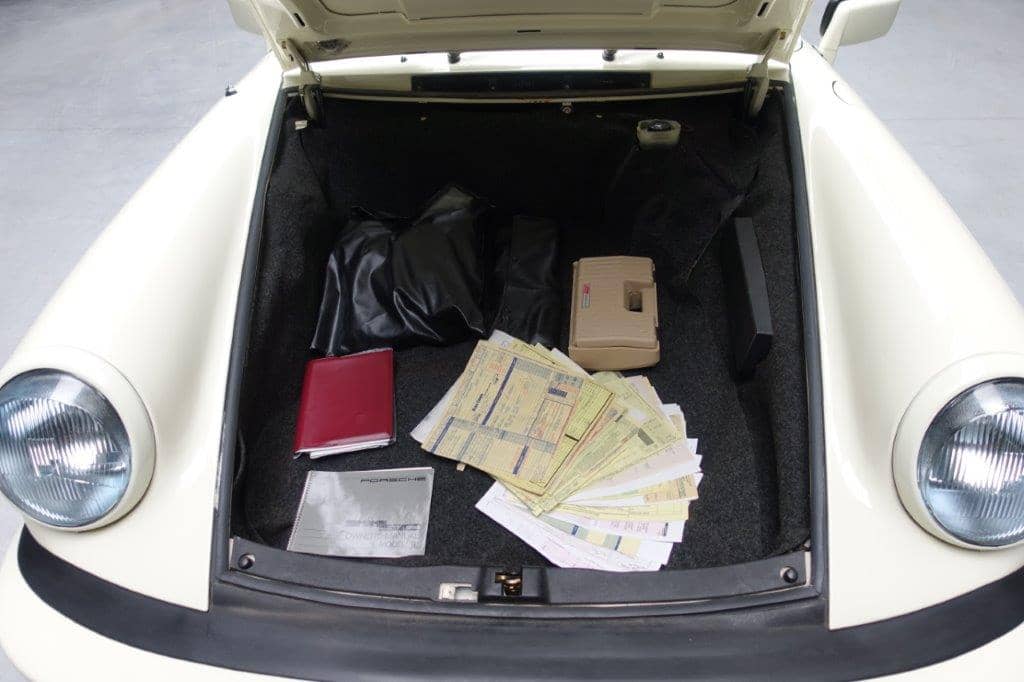 According to the listings on Dyler.com, a Porsche 911 SC will cost you anything from around EUR 35,000 to approximately EUR 65,000. Obviously the price will depend on the condition of the car and how much you are willing to spend. As with any classic car, though, the general rule of thumb is to buy the very best you can afford as that will serve you better - both financially and in terms of sanity - in the long run. To get an insight into how much replacement parts will cost, please click here to read this in-depth guide put together by the good people over at the Porsche Club of Great Britain. A 911 SC will cost you around the same amount as a 996 in good condition, meaning you’ll be faced with the dilemma of choosing between an air-cooled car and a water-cooled car. Oh, the humanity…

What Are The Most Valuable Colour Combinations To Look For When Buying a Porsche 911 Carrera SC? 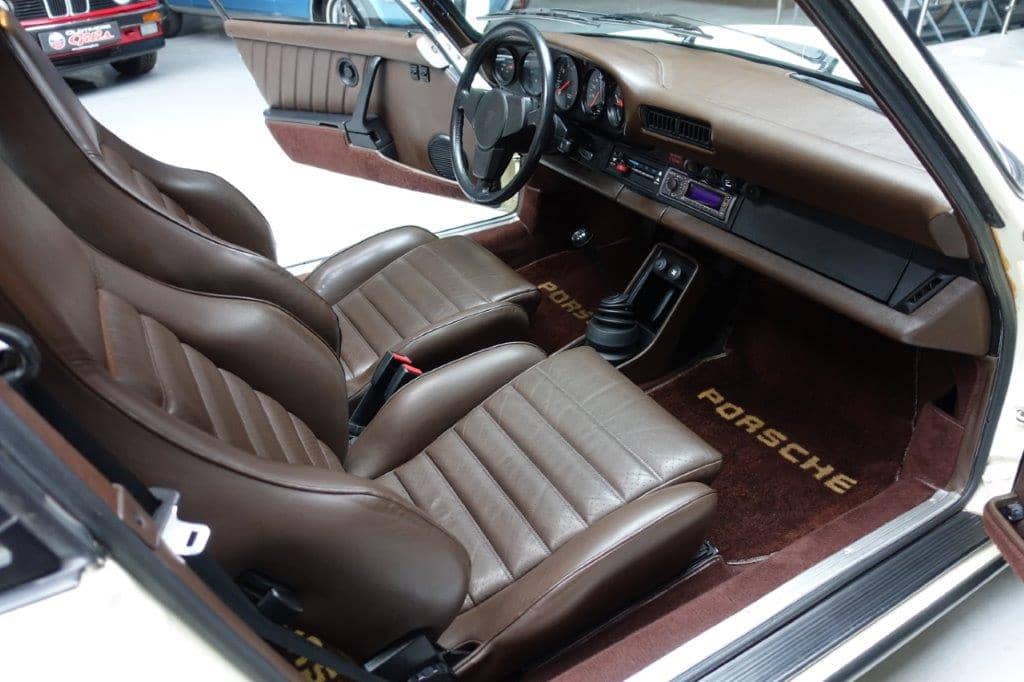 The colours that hold their value the most are whites, blacks, silvers, reds, and Minerva Blue. What’s more, full leather interiors are rare, so you may have to settle with a chequerboard or Dress Tartan fabric trim; both of which are very distinctive. With the introduction of the cabriolet model for the 1982 model year, the 911 SC was also the first Porsche in 20 years to come with a drop top. However, later Coupé and Targa models with the 204bhp 3.0L engine and manual gearbox were the most produced and are considered to be the superior cars.

What Is The Porsche 911 SC Like To Live With? 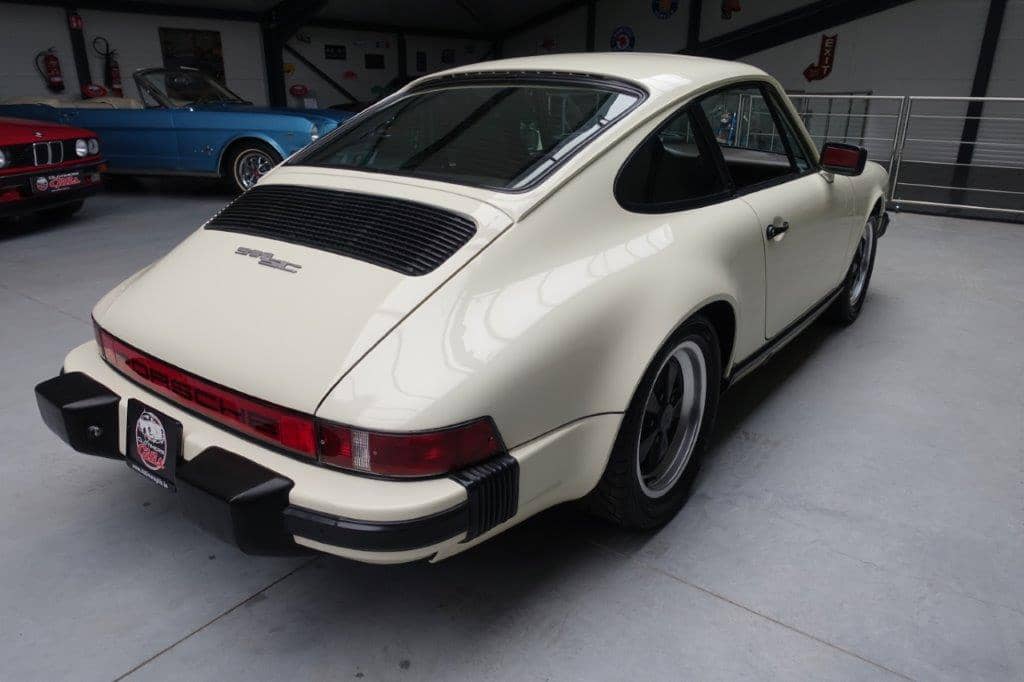 Unfortunately, none of us at Dyler.com have yet had the opportunity to live with a 911 SC. We do, however, know a man who has. We spoke to Mike Rockenfeller - a double Le Mans winner, former DTM champion, and ex-Porsche factory driver - about life with his 1981 car. Here’s what Rockenfeller had to say: “I think it was 2018 when I bought my SC, and it’s a 1981 Guards Red car. It isn’t the fastest Porsche in the world, but that suits me just fine because it’s perfect here at home in Switzerland when the weather is warm and I can just go out and enjoy the car and the scenery where I live. I call it my “summer” car and it’s an absolute joy to drive - it’s not scary, and you can still get that trademark Porsche driving experience, which is undescribable until you’ve driven one. For a classic car, it’s unusually easy to maintain and work on as parts are readily available. What’s more, the noise from air-cooled 3.0L flat-six never ever gets old!” .

Are you now interested in adding the “everyman’s 911” to your classic car collection? If you are, then click these yellow words to browse the 911 SCs we have listed for sale.

A special thanks goes to our partners at Oldtimers Gilis who kindly provided the images of the Porsche 911 SC in this story. To find out more about this car which was imported from the United States with one previous owner and just 59,000 kilometres on the clock from new, please click here.