Today, Bugatti is a symbol of very fast, luxurious and exotic supercars. The car company was founded by Ettore Bugatti, who once ambitiously declared that “nothing is too beautiful; nothing is too expensive.” However, this brand hasn’t been always so fortunate.

The history of the Bugatti begins more than one hundred years ago, at a time when automobiles were still a rare sight and the primary means of transportation were horses. Ettore Bugatti was born in 1881, and grew up in a family of artists. At 17 years of age, he created his first vehicle, the Type 1 which had four engines, two located on each side of the rear axle. Although it remained a one-off prototype, the young man had excellent taste and was very interested in mechanics; therefore, his continued efforts and the full support of his parents resulted in a second model that was presented at the Milan Trade Fair in 1901.

The new design was prize-winning and caught the eye of Baron de Dietrich, who offered Bugatti the opportunity to design automobiles at his car factory situated in Niederbronn, Alsace. It was here that the first car featuring Bugatti’s surname was created – the De Dietrich, Licence Bugatti. He continued his work in a few other companies and designed multiple prototypes, until, while working for the Deutz company, Bugatti created the Type 10 in the basement of his house and decided to start his own company. This took place in 1909, in what was then the German Empire in Molsheim (present-day France), and the company was named Automobiles E. Bugatti.

The development of the automotive industry ceased when the First World War began, and E. Bugatti was involved in making military aircraft engines during the war. After the war, he returned to Molsheim in 1919, and 4 months later made his debut at the Paris Motor Show with 3 new car models: the Type 13, Type 22 and Type 23. 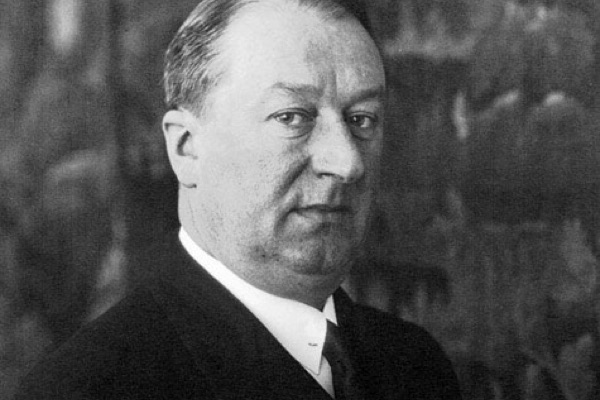 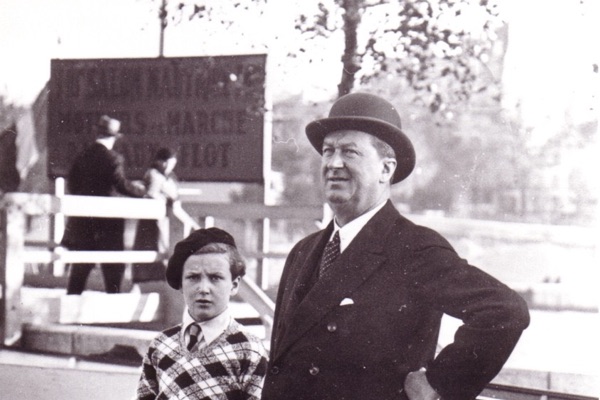 Ettore Bugatti and his son Roland in 1933
© Bugatti 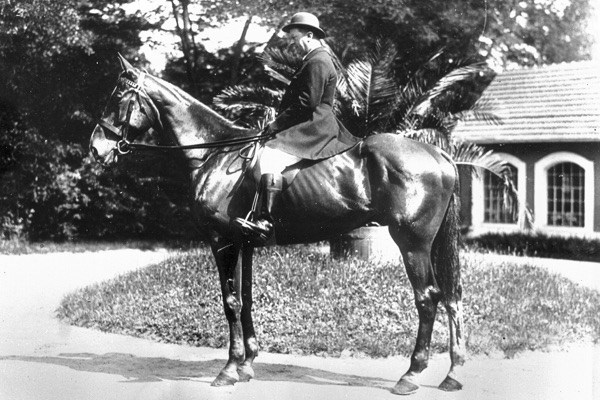 Ettore Bugatti on a horse in the Molsheim grounds
© Bugatti

Soon success arrived, as the Bugatti cars were fast, reliable and technologically more advanced than the other cars of that time. It was no surprise that the Bugatti cars brought many titles to the racers who drove them. For example, the Bugatti Type 35 is known as probably the most successful racing car of all time, and notched up more than 2000 race wins in just a few years, including five consecutive victories at the legendary Targa Florio race. 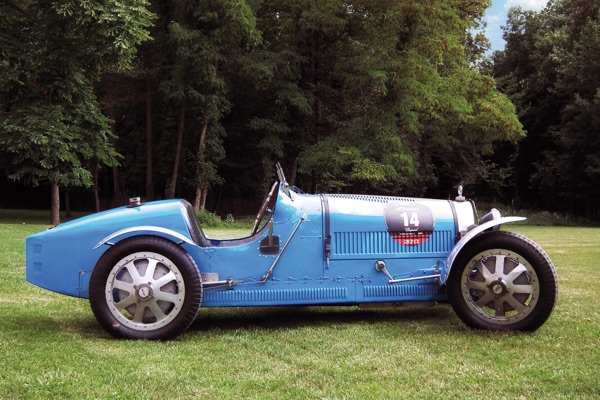 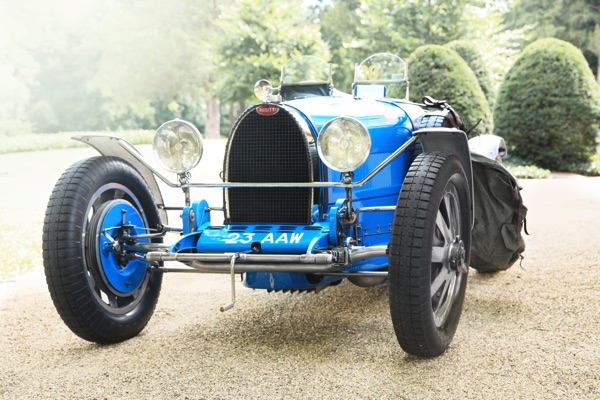 Bugatti cars symbolized a wealthy lifestyle, while the founder of the successful company became famous for his eccentric ideas. A client once famously complained that it was nearly impossible to start the engine in cold weather. E. Bugatti replied to him, “Sir! If you can afford a Type 35, you can surely afford a heated garage!” Here is another famous remark directed to a client who complained about the brakes: “I make my cars to go, not stop!” 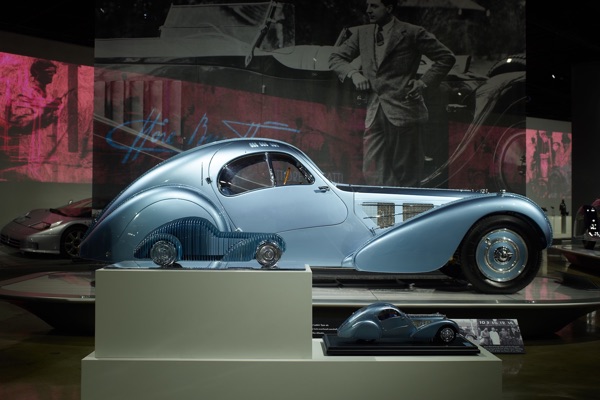 One of only four Type 57SC Atlantic models ever built
© Bugatti 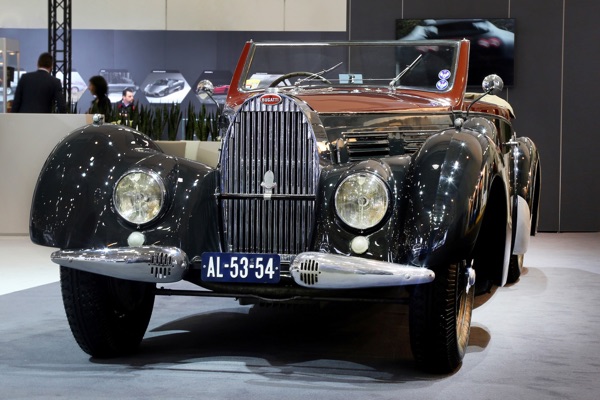 As for trophies, two wins at the 24-hour Le Mans race in 1937 and 1939 are regarded as the most renowned victories. However, Ettore’s personal life was very troublesome at this time – in the summer of 1939, Jean, who was his son and the intended successor of the company, died in a car crash while trying out the Type 57 that just weeks ago became the winner of Le Mans. 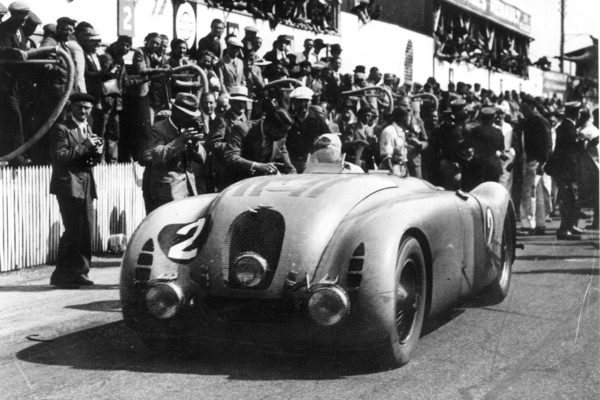 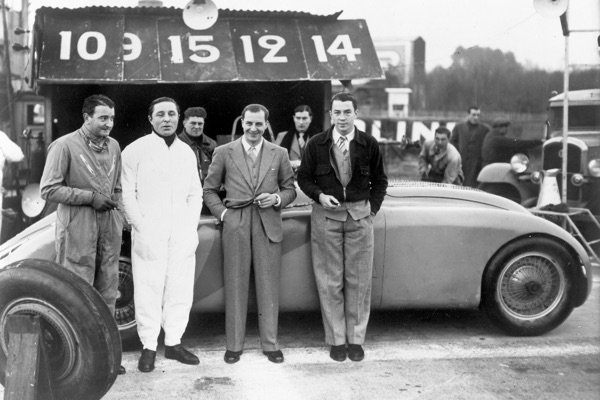 The factory drivers “Williams”, Veyron (from left) and Wimille (far right) with Jean Bugatti (between them) in front of the Type 57G Tank
© Bugatti

It is symbolic that, starting then, the company started to decline. At the beginning of the Second World War, Bugatti’s factory was demolished. After the war, the famous engineer tried to revive the production of his cars but he became seriously ill and died in 1947 at the age of 65.

Later, his 25 years-old son Roland tried to rebuild the company. However, he only managed to sell six Bugatti 101 cars, and the Automobiles E. Bugatti company was forced to shut down. From the foundation of the company, no more than about 8,000 cars were made. 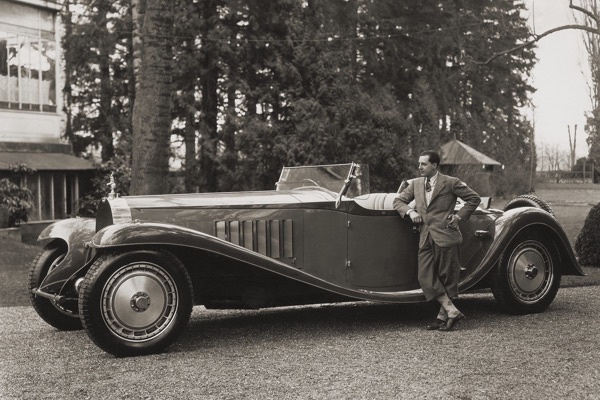 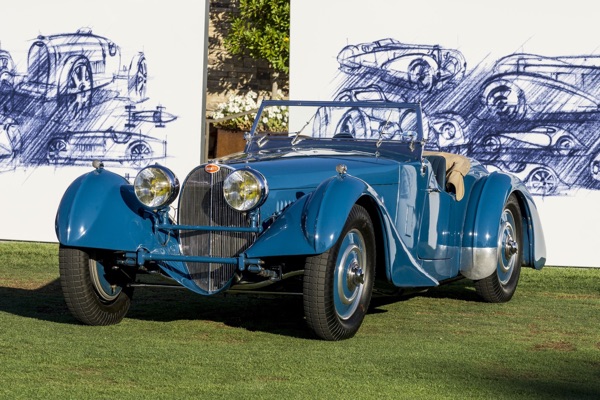 There were multiple attempts to revive the production of Bugatti cars, but none of them were successful. Only half a century later, the legendary brand was reborn as we know it today – in 1998, it was bought by the Volkswagen group. 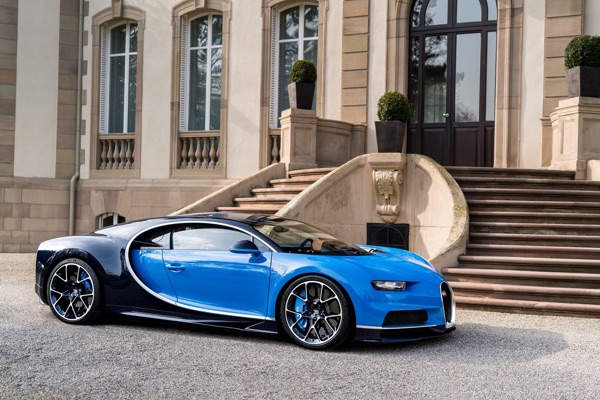 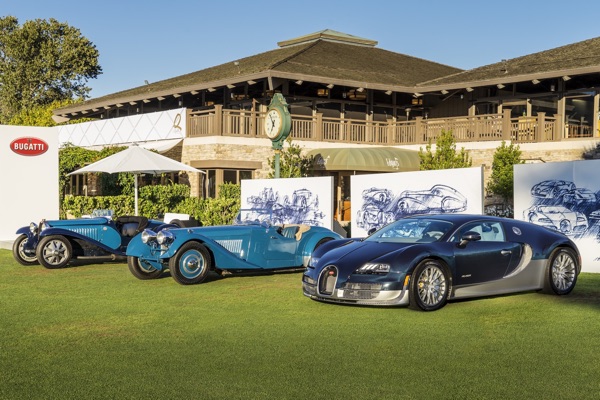 In 2005, these German investors made their debut with the Bugatti Veyron 16.4, a supercar having a 1001 HP and W16 engine. With an overwhelming top speed of 407 km/h and a base price of €1 million, it became the fastest and the most expensive car in the world. 10 years of production resulted in sales of only 450 Veyron cars, and in 2016 this model was replaced by the Chiron (named after the racing legend Louis Chiron, who stood on the most podiums after racing in Bugatti cars). The base price of this new supercar is €2,400,000, once again proving that in the world of the Bugatti, “nothing is too beautiful; nothing is too expensive.”

Available Bugatti cars for sale on our marketplace