A Racing Legend for Your Wrist

“Function first, aesthetics second. Make the shape work. Then make it look beautiful. Light and fast.” Those are words by Peter Brock (born November 1936), an American automobile and trailer designer, author and photojournalist – a true automotive sports icon, best known for his work on the Shelby Daytona Cobra Coupe and Corvette Sting Ray. Recently he tried himself out in watches’ designing.

When enrolling into the Art Center College of Design in 1955, P. Brock brought a ring binder of spontaneously drawn sketches of hot rod cars. Upon graduating, being just 19, he went straight to Detroit, where he became the youngest employee at General Motors’ Styling Department. While his co-workers searched for the devil in the details, Peter created the impressive profile of Corvette Sting Ray 1963. However, the young designer chose not to strive for a safe career at GM, but returned to California, where an important twist was waiting for him: upon learning that Carroll Shelby, an automotive industrialist and a racing team owner plans to launch a racing school, P. Brock went there and became the school’s first volunteer instructor.

His daily life continued in C. Shelby’s noisy garage in Venice, California. One day, C. Shelby asked Peter to design a new car body, which could be placed on the already existing Cobra carrier. The project was also joined by Ken Miles, the garage’s leading engineer and the team’s racing director. Most viewed the new project with scepticism, however C. Shelby believed in it and continued funding the creation of Cobra Daytona Coupe. 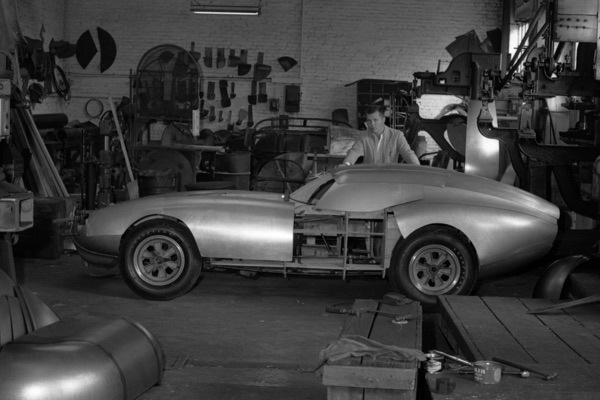 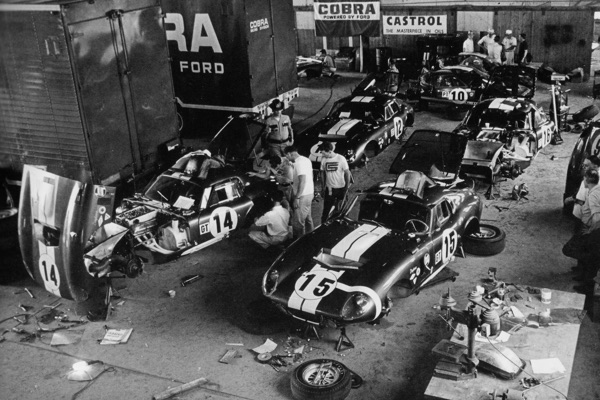 The new car was tested at the racing circuit before the 1964 season. After 20 circles K. Miles came up to C. Shelby and stated his opinion. Daytona Coupe was not only a beauty, it was also very fast and stable and didn’t need any further improvements. Already during the first season Shelby Cobra Daytona Coupe (CSX2299) won the Le Mans Race in its class. That was the first time an American car won a 24 hour race.

Along the famous Mulsanne range the car reached an impressive speed of 196 mph (315 km/h). In 1965, Daytona Coupe returned to the tracks champion style, winning the Sebring, Nürburgring, 24 Hours of Le Mans and culminating in the victory of the US Independence Day: July 4 race. At the end of the 1965 season CSX2287 reached 25 USAC/FIA world speed records, thus becoming a symbol of futuristic design. Each of the six remaining original cars are now valued by several millions of dollars. 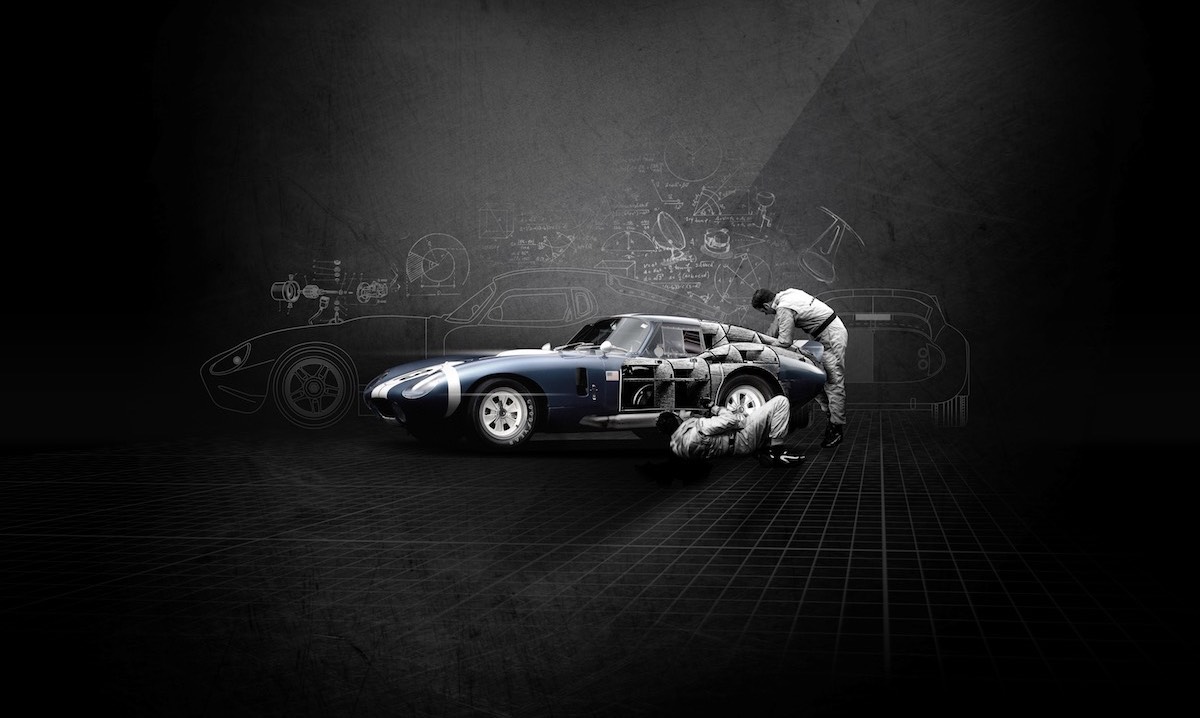 And now, after more than 50 years, P. Brock returned to his original Shelby Cobra Daytona Coupe sketches and drawings. However, this time he designed not a new car, but a watch. P. Brock joined forces with Alexandre Peraldi, Design Director at Swiss watch manufacturer Baume & Mercier, thus giving birth to Clifton Club Shelby® Cobra Limited Editions chronograph. An experienced eye will see quite a few design codes and hints, relating the watch with the legendary vehicle. 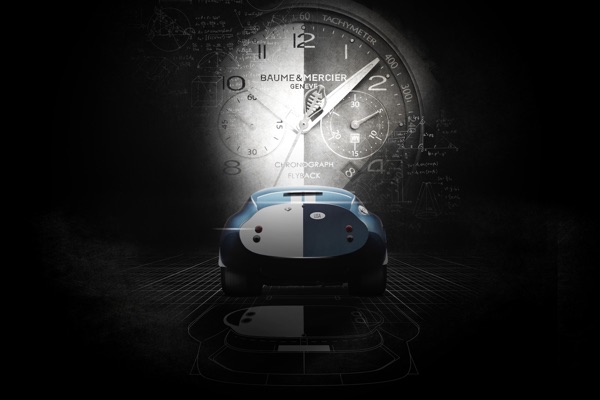 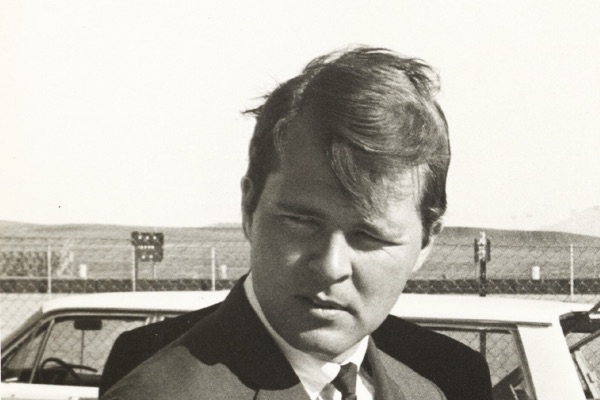 In celebration of its legacy, Peter Brock personally joined with Baume & Mercier’s Design Director Alexandre Peraldi to create a collection that sets a new standard in style and presence
© Baume & Mercier

According to P. Brock, “the graphics of the Daytona were crucial, and it’s the same with the chronograph. You don’t need to see it close up to admire its beauty. Look across the room, and you just know it’s the Daytona Coupe. Every detail mirrors the original in form and purpose.”

Taking stock of his legacy, P. Brock offers a final comparison between car and chronograph. “You can choose to be conservative, or strive to be an original. That’s the attitude we brought to the Clifton Club Shelby® Cobra Limited Edition. Truly a chronograph unlike any other.”

The watch is “powered” by Swiss-made manufacture self-winding movement (La Joux-Perret 8147-2) with flyback chronograph function, which allows the wearer to move from one chronograph reading to another in a single button push. 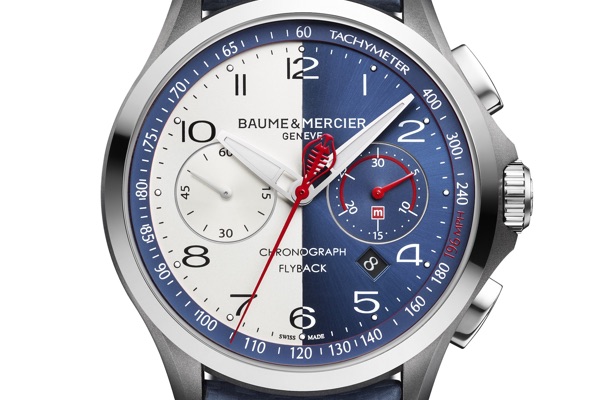 Daytona blue and / or silver-colored dial, mirroring the Shelby livery chosen for the Daytona’s tail to recognize it during the races
© Baume & Mercier 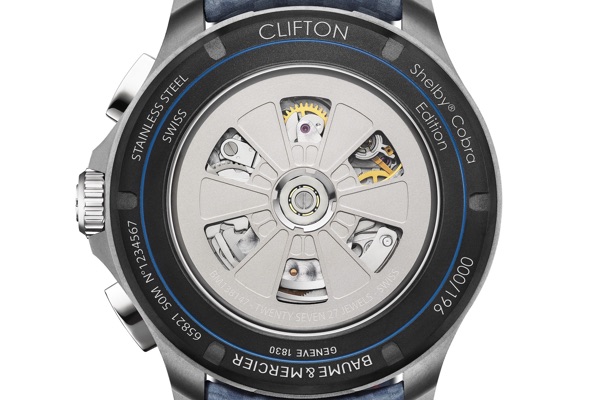 The case of the 44 mm diameter watch, the price of which is more than 7000 Euros, is made of titanium and polished steel. Let’s examine the watch’s design and we will find more than one link with the legendary race car. First of all, one cannot help but notice the unusual colours of the dial, inspired by P. Brock himself: blue and / or silver-coloured dial, mirroring the Shelby livery chosen for the Daytona’s tail to recognize it during the races. Some lines of the watch’s case are identical to Daytona Coupe’s aerodynamic profile. The control buttons’ shape is reminiscent of race car pedals. The Cobra insignia and special lines, engraved on the edge, are nothing less but a sign of respect to Cobra 289’s engine. The mechanism’s oscillating weight is the same as it was in the car’s wheels. And finally, a subtle, but catchy bright red Cobra logo on the central hand of the chronograph.

The Clifton Club Shelby® Cobra CSX2299 is sold in an elegant box, in which the proud and happy owner will also find an exclusive 1:43 size model of Shelby Cobra Daytona Coupe and the original card, signed by Peter Brock himself.