Tribute to a Devotee of the God of Speed

A classic met a classic and something interesting was born. One of the parents is Indian Motorcycle Company – America’s First Motorcycle Company. Founded in 1901, the company is one of America’s most legendary and iconic brands and has won over the hearts of numerous biker generations. Now this heritage and passion are reignited under new brand stewardship. The other parent is a Swiss watchmaker that has been around for 187 years – Baume & Mercier, which remains loyal to the motto of one of its founders: “Accept only perfection; only manufacture watches of the highest quality”.

Two brands combined their visions, traditions, distinctive spirit and professed values and put it all into a watch: the Clifton Club Burt Munro Tribute Limited Edition. Limited to 1967 pieces, this chronograph is a sign of respect for the motorcycle racing legend.

“Baume & Mercier and Indian Motorcycle are both iconic brands with a storied history. We share many values, and are excited to work together to recognize the 50th anniversary of Burt’s most famous land speed record”, says Steve Menneto, President of Motorcycles at Polaris Industries Inc.

Burt Munro bought his first motorcycle in 1926 and its top speed was 55 mph. He devoted the next 40 years to modifying it and looking for the optimal form. Already a grandfather, the 68-year-old man was still driven by his dream and brought his motorcycle to the Bonneville Salt Flats in Utah, USA. This is where he set a 1000cc class speed record of 183.59 mph (294.5 km/h). However, Munro's son John later noticed that the average speed calculations in the 1967 record certificate were wrong, and that his actual speed was 184.087 mph (296.11 km/h). After 47 years, the official figures were corrected and the record still stands today. 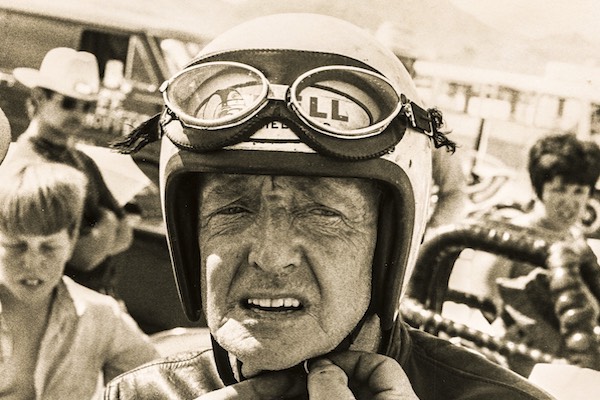 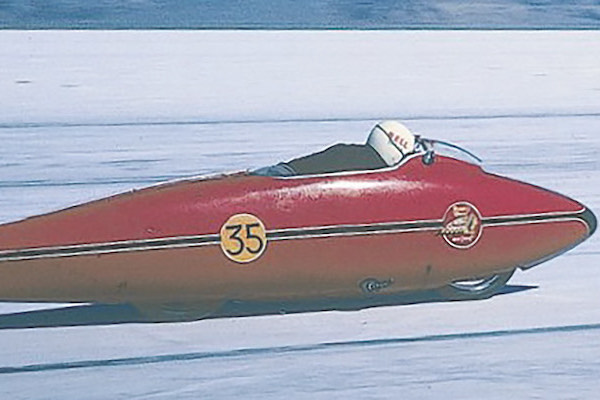 Munro was an exceptional individual who dedicated his life to motorcycles. His hunger for speed was already apparent during his childhood, and later he became a professional speedway rider and continued to race motorcycles, rising to the top of the New Zealand racing scene. In 1926, he bought a 1920 Indian Scout, but its maximum speed of 50 mph was far from what the young man yearned and hoped for. He devoted all of his spare time as well as sleepless nights and a huge amount of energy to a single purpose: the Scout had to become must faster. An aerodynamic shell with a yellow number 35 was built. This number later became recognisable as a symbol of the can-do spirit that Munro emanated. 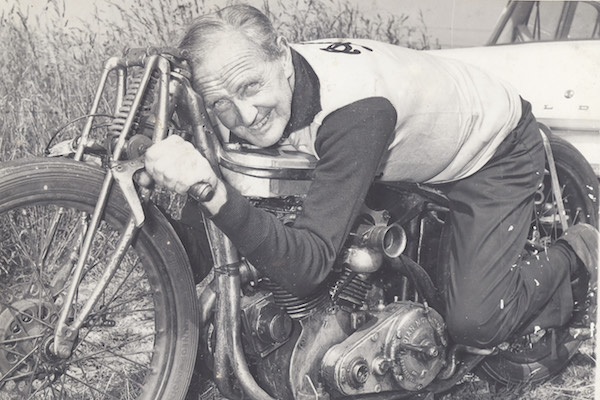 Burt Munro: “You live more for five minutes going fast on a bike than other people do in all their life”
©Baume & Mercier 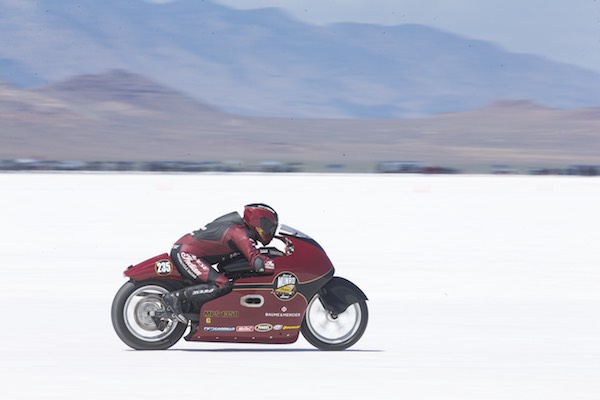 Lee Munro: “Piloting a modified Indian Scout on the same salt as my great Uncle Burt will forever be one of my most-cherished experiences”
©Baume & Mercier

Burt Munro died in 1978 and was only known within a very small circle of classic motorcycle enthusiasts. However, his life story became more widely known when it was vividly told in the 2006 movie The World's Fastest Indian starring by Anthony Hopkins.

In August 2017 – 50 years after Munro's record-breaking ride – the Indian Motorcycle team, along with Burt's relative Lee Munro, returned to Bonneville with a new motorcycle. L. Munro and the team took the ‘Spirit of Munro Scout’ to California’s El Mirage Dry Lake to test, and ended up setting a new land speed record of 186.681 mph (300 km/h) in the Southern California Timing Association MPS-G (Modified Partial Streamliner) 1350cc class. At the 69th Bonneville Speed week in August 2017, L. Munro and the Indian team achieved 191 mph (307.39 km/h), going beyond the 184 mph set by Burt, and almost reaching the milestone figure of 200 mph, which he could not reached due to various technical problems. 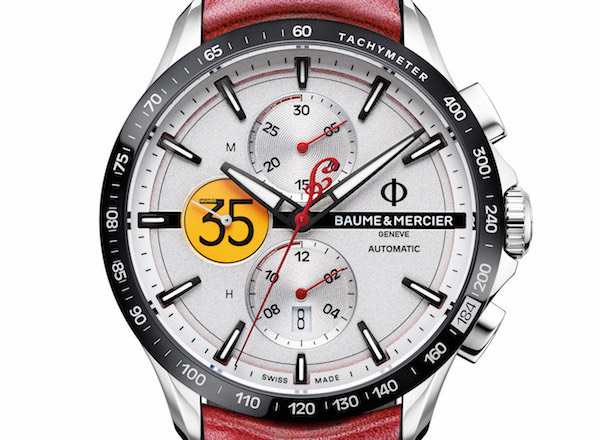 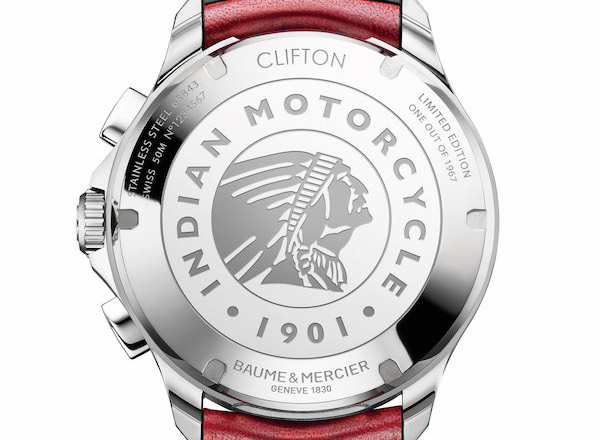 This exclusive timepiece is unveiled for the very first time at EICMA, the world’s most important motorcycle show held in Milan, Italy on November 2017.
©Baume & Mercier

With the exclusive Clifton Club Burt Munro Tribute Limited Edition timepiece featuring a bright yellow number, Baume & Mercier pays a tribute to the legend of the classic motorcycle world, while also telling new generations the inspirational "can-do" story. Honouring a history imbued with a rich human adventure and celebrating extraordinary moments has always been dear to the Maison. The Clifton Club Burt Munro Tribute is limited to 1967 pieces, recalling the year that Munro set his iconic record. 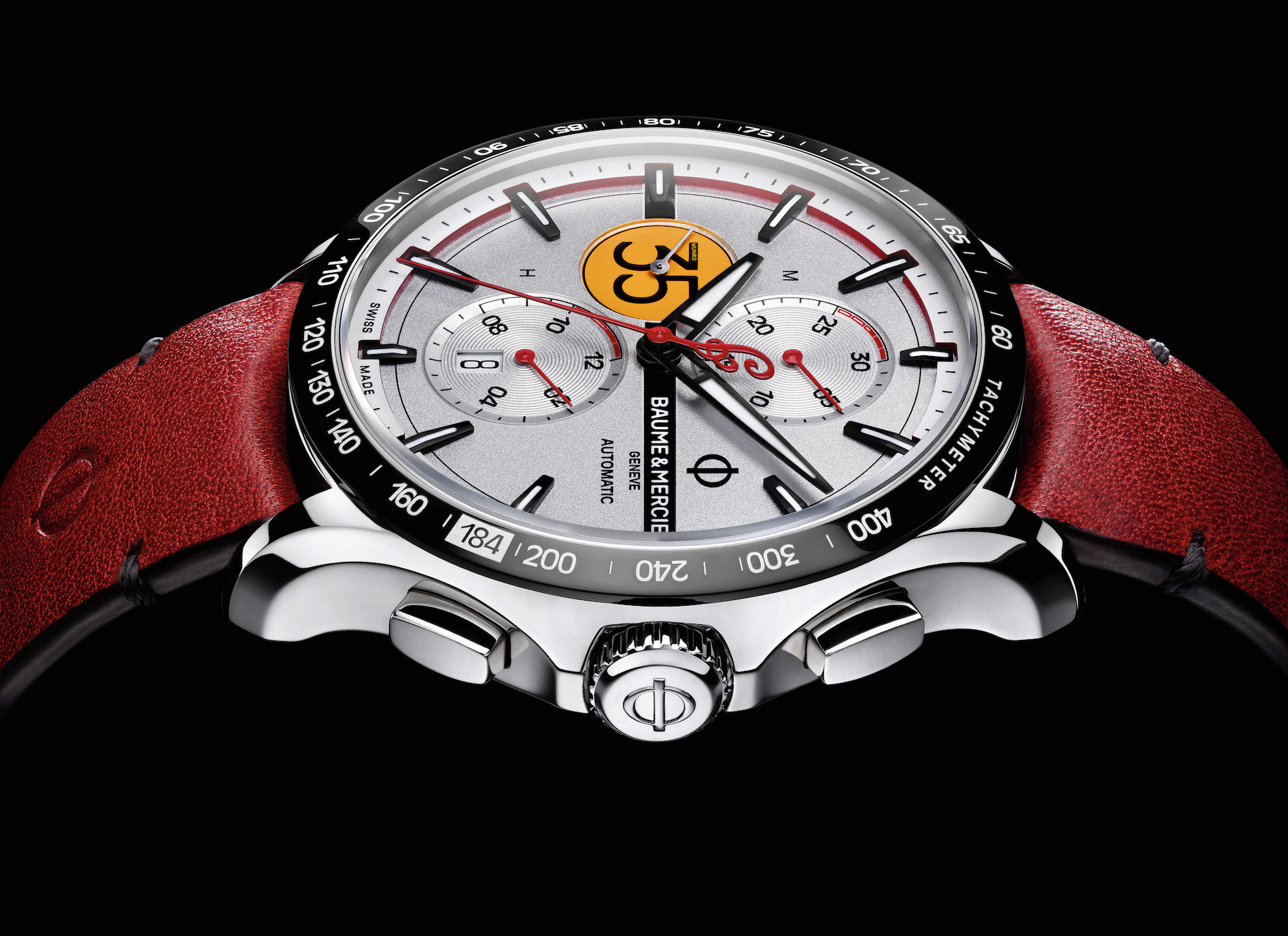