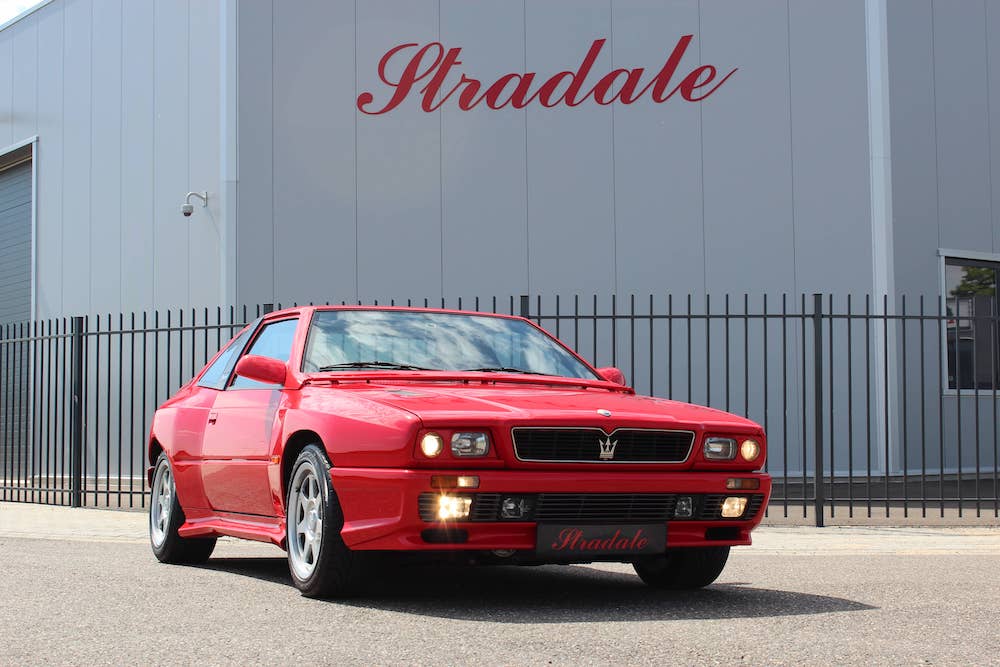 Designed by Marcello Gandini, powered by a twin-turbo V8, and produced in massively limited numbers, the Maserati Shamal had been pretty much forgotten by modern classic car enthusiasts who are into stylish Italian GTs. Thankfully though, that’s now changing.

To find out why the Shamal is rapidly becoming somewhat of a collector’s item, we at Dyler have taken a look into 10 reasons why this stylish ‘90s GT is finally getting the love it deserves from the classic car community!

The Maserati Shamal was styled by Marcello Gandini - the very same designer who penned some of the most recognisable Lancia, De Tomaso, and Lamborghini cars in automotive history… 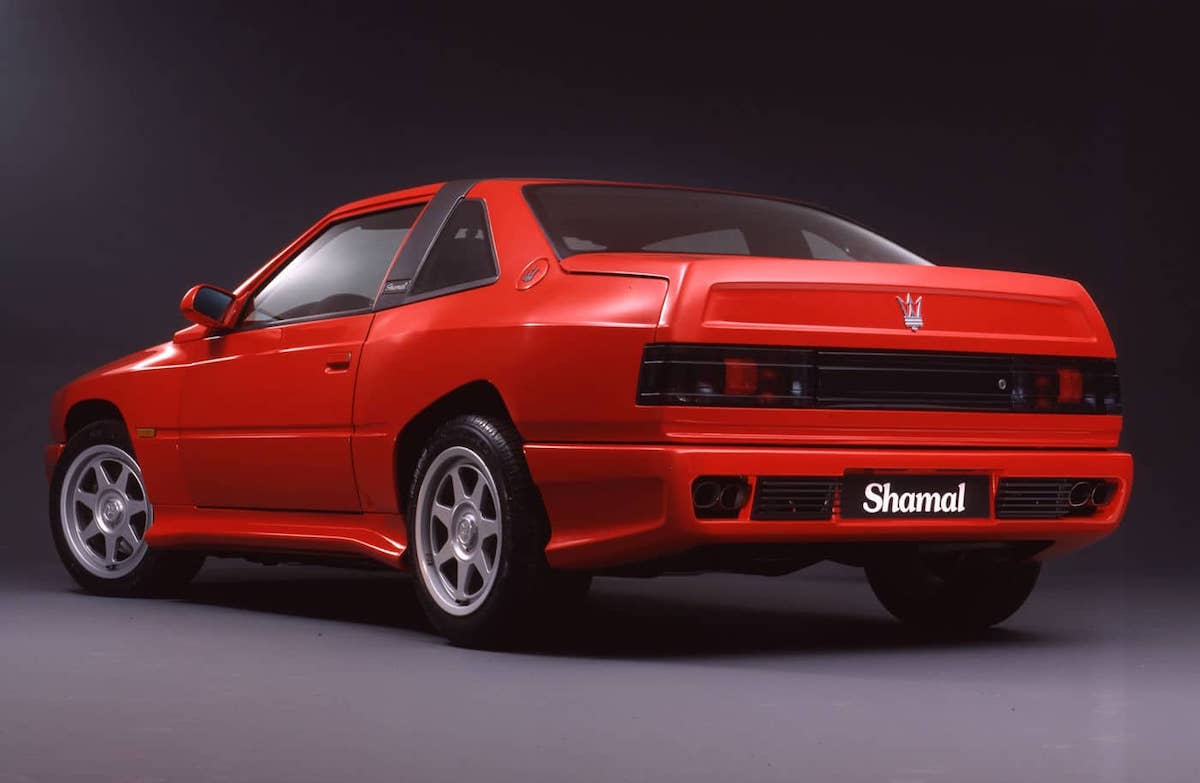 The Maserati Shamal ranks amongst other iconic Gandini designs including the Lamborghini Countach and the Lancia Stratos
© Maserati.com

Best known for his work with Bertone, Italian car designer Marcello Gandini was responsible for the design of the Maserati Shamal. Gandini is also responsible for some of the most recognisable car designs to come out of Italy including the Lancia Stratos, the Bugatti EB110, the Ferrari 308 GT4, and several Lamborghinis including the Miura, the Diablo, and the 1980s poster boy, the Countach. His work is characterised by its wedgy, angular aesthetics, and it’s said that the slanted profile of the Shamal’s rear wheel arch was inspired by Countach. Not bad company for the Shamal to be in, right?

The Shamal came at a time at pretty much a low point in Maserati’s turbulent history. When it was announced, Maserati was owned by De Tomaso and making cars like the cruel and unusual - not to mention utterly rubbish - Chrysler TC by Maserati. This period was also marked by crippling debt for the company. In 1990, Maserati was purchased by Italy’s oldest car maker - FIAT - to set things straight both in terms of products and finances. To this day, FIAT still owns Maserati.

From 1990 to 1996, Maserati made such a low amount of Shamals, it’s rightly considered to be one of the rarest GT cars of its day… 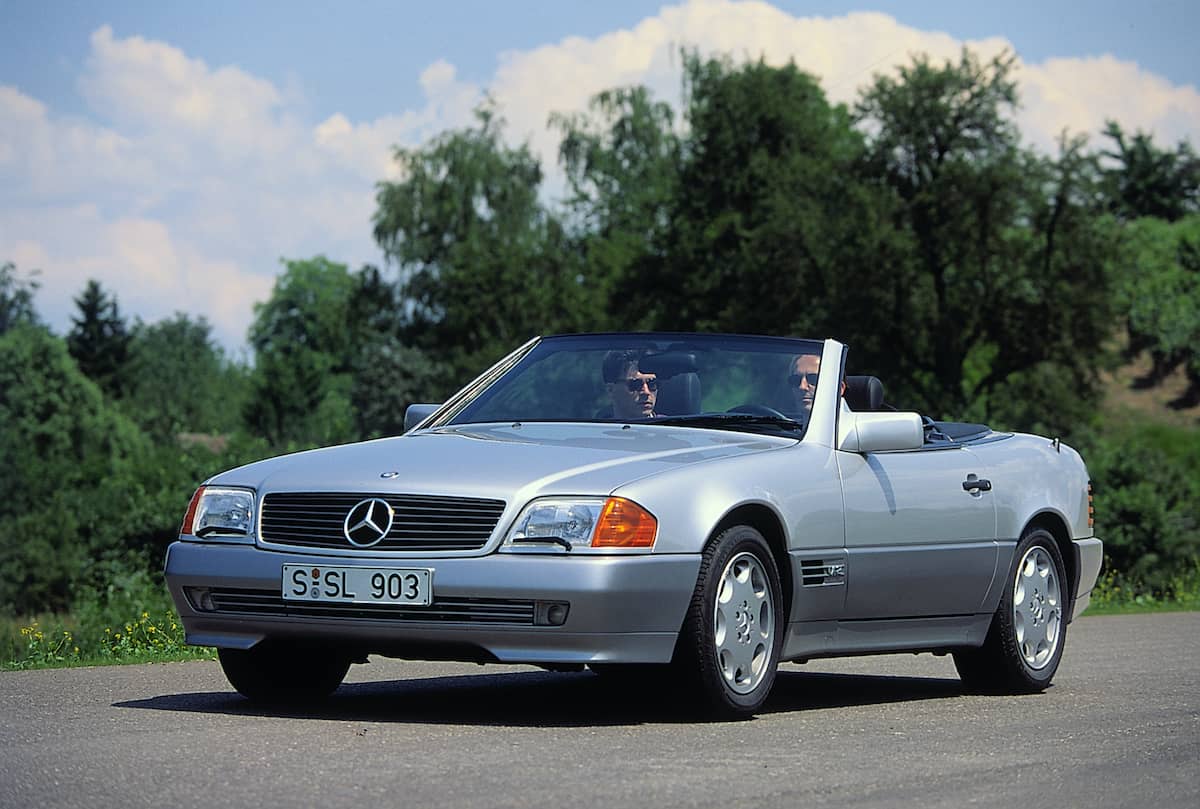 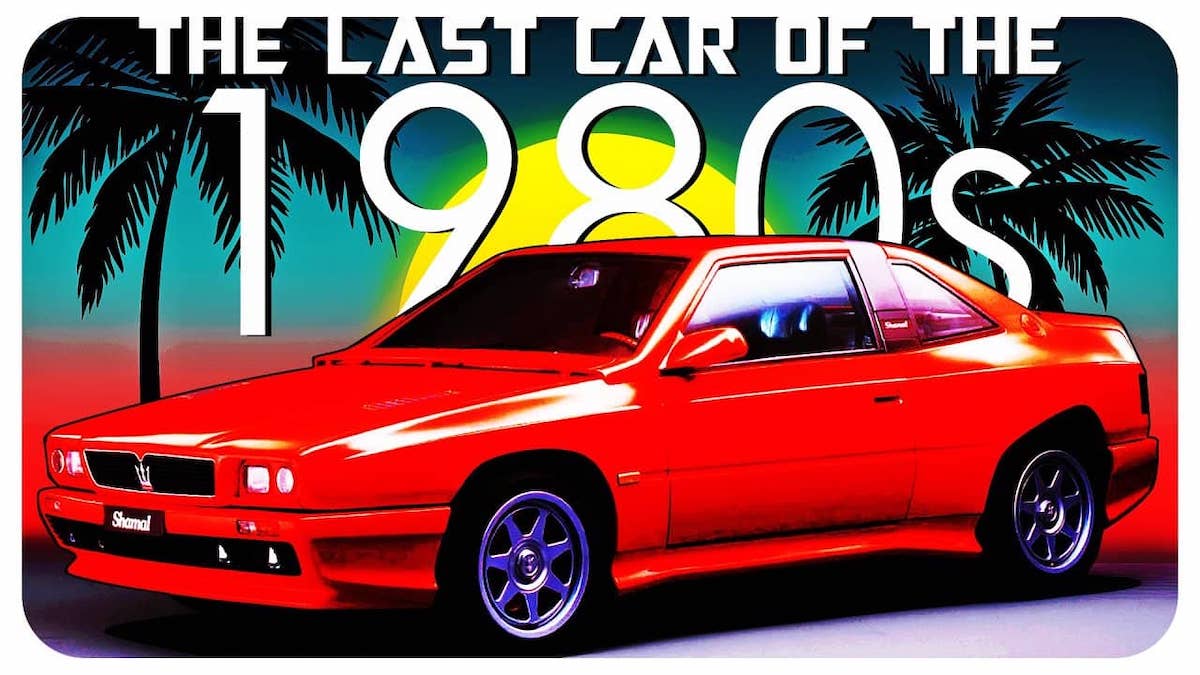 Having made its debut on December 16th 1989, the Maserati Shamal is officially the last car of the 1980s. You can keep that one for the ‘automotive’ round in the next pub quiz you attend.

When it arrived, the Shamal came with a price tag in the millions… 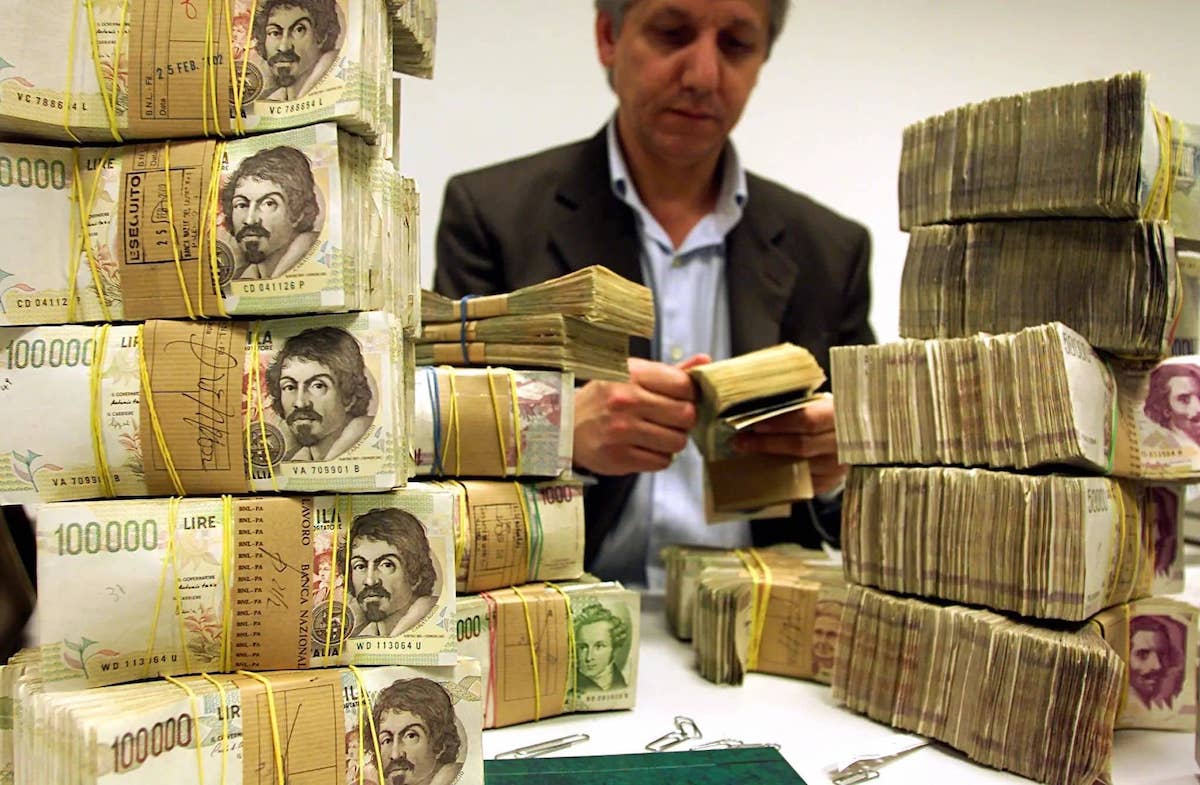 At its time of launch, the Shamal had a six-figure price tag
© Brookings.edu

The Maserati Shamal was - and still is - expensive. Today, cars will start at around EUR 50,000 with outstanding models reaching triple figures. Yet when it launched, the Shamal came with a price tag of 125,000,000 Italian Lira. Despite this seemingly eye-popping figure, it actually works out around EUR 60,000 in today’s money. We had you then for a second though, didn’t we?! 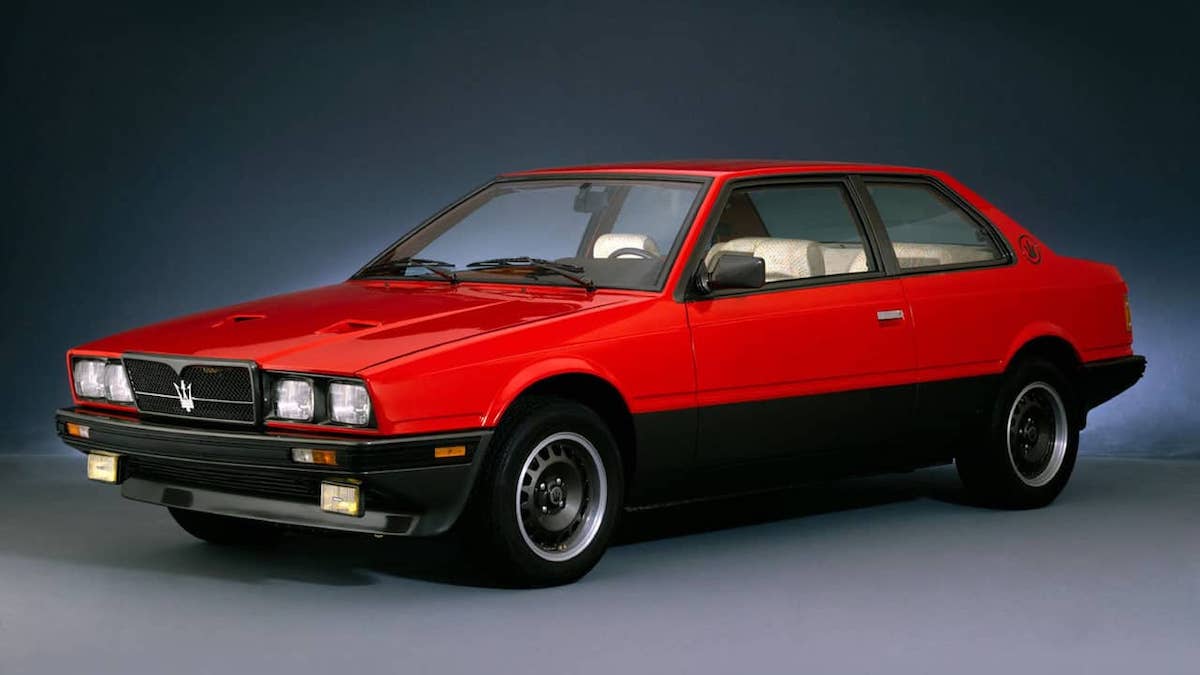 Based on the unloved Maserati Biturbo, the Shamal was a masterclass in turning a duff car good
© Maserati.com

Given the Shamal came at a time when Maserati was flat broke, it’s not a surprise to discover it was based on the car you see above, the Maserati Biturbo. Whilst the Shamal was praised for its engaging drive and aggressive design, the Biturbo did not receive such accolades. It has been described as one of the “worst sports cars” ever and The Grand Tour dedicated an entire hour-long episode to taking the piss out of it. The Shamal was proof that a team of talented engineers can take a bit of a lemon and turn it into something properly good. 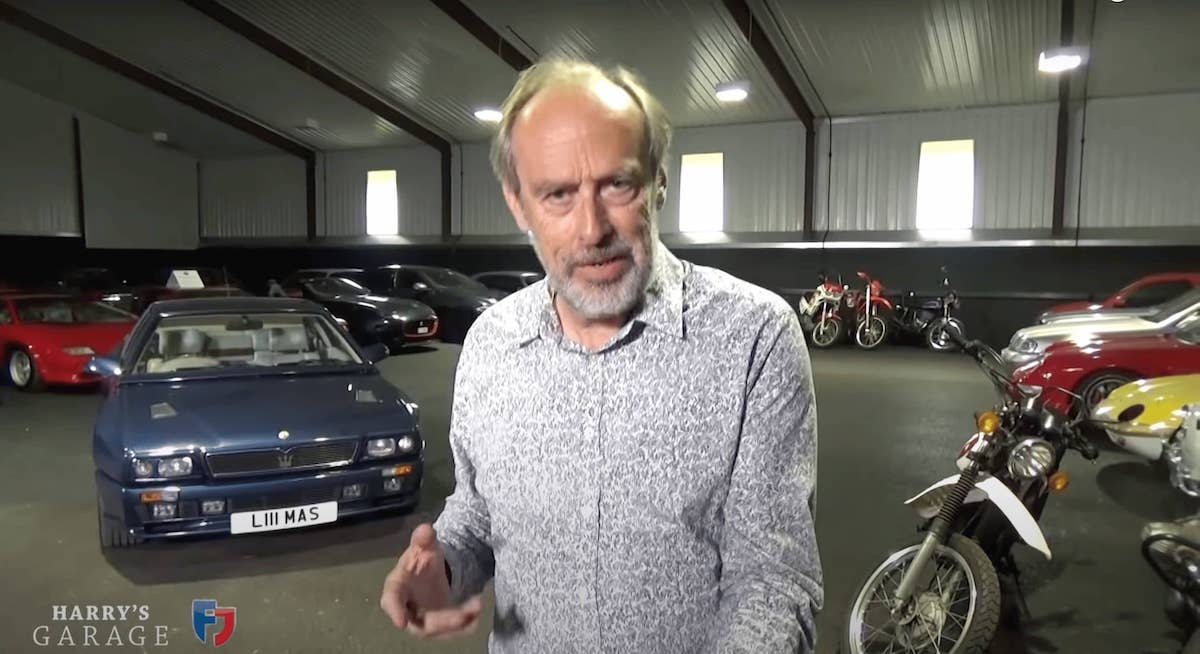 Kindly-faced EVO founder-turned-farmer Harry Metcalfe is a big fan of the Shamal, and in 2016 he presented an episode of Harry’s Garage about a very rare right-hand drive Shamal. As we already discovered, the Shamal is an exclusive car with just 369 of them made. Only 23 of these were RHD. To watch Harry’s review, then click here.

Despite Maserati’s then-precarious financial situation, the Shamal came with an astonishingly clever suspension that predates today’s adaptive dampers by some 25 years… 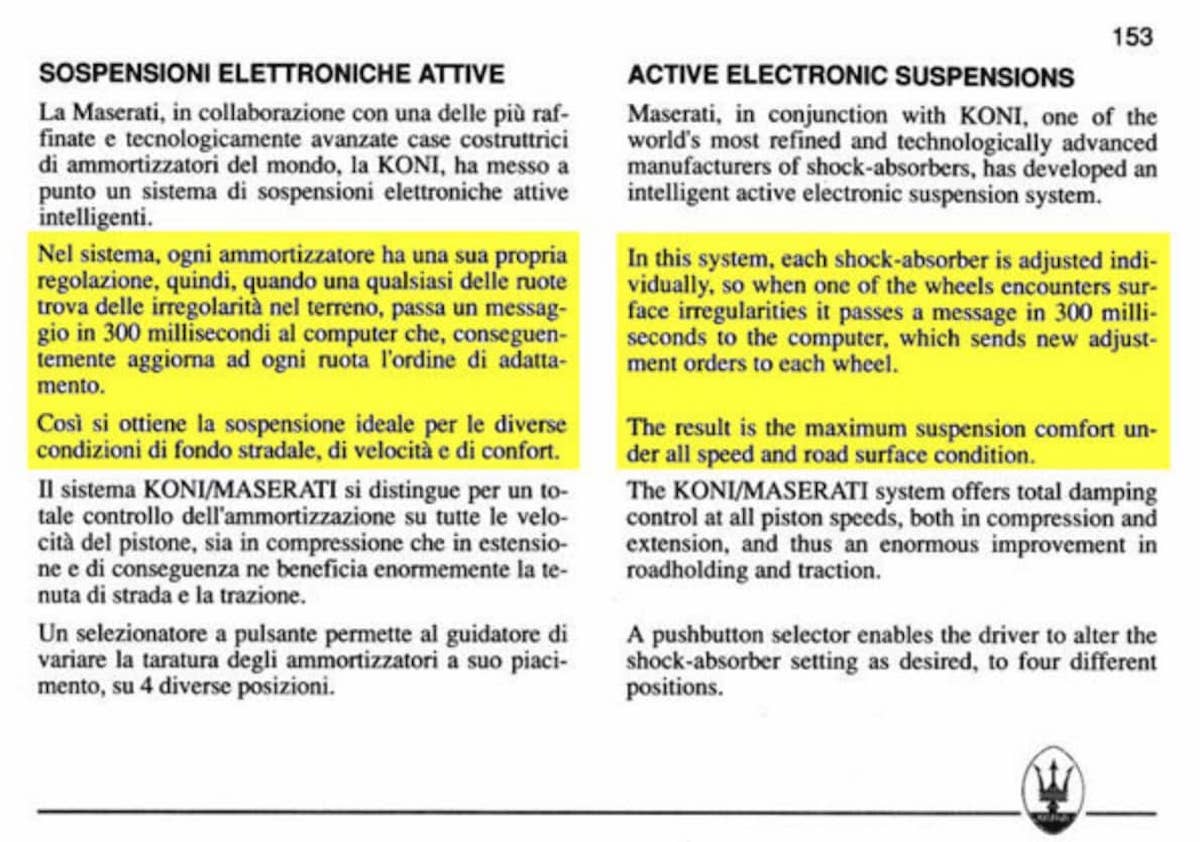 Being riddled with debt clearly didn’t bother Maserati, as it went on to fit the Shamal with a super sophisticated active electronic suspension
© Maserati-Alfieri.co.uk

Despite having next to no money, Maserati fitted its Grand Tourer flagship with a massively clever active electronic suspension. Despite its aggressive appearance, the KONI shock-absorbers ensured that the Shamal was supremely comfortable as any GT worth its salt should be.

Maserati named the Shamal after a type of wind, which - believe it or not - is not an uncommon trend amongst car makers… 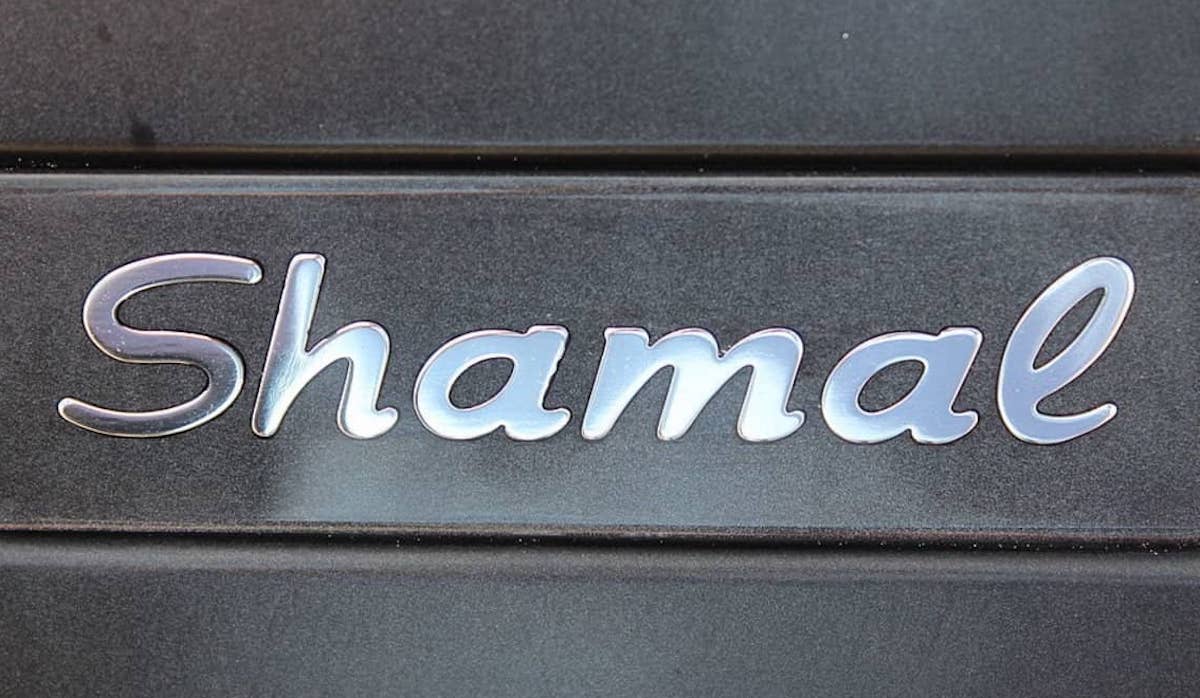 In-keeping with the Maserati tradition of largely naming its cars after winds, the Shamal took its moniker from “a hot summer wind that blows in large areas of Mesopotamia.” This puts it amongst some of our other favourite windily-named cars including the Volkswagen Scirocco, the Pagani Zonda, and the Rimac Nevera. 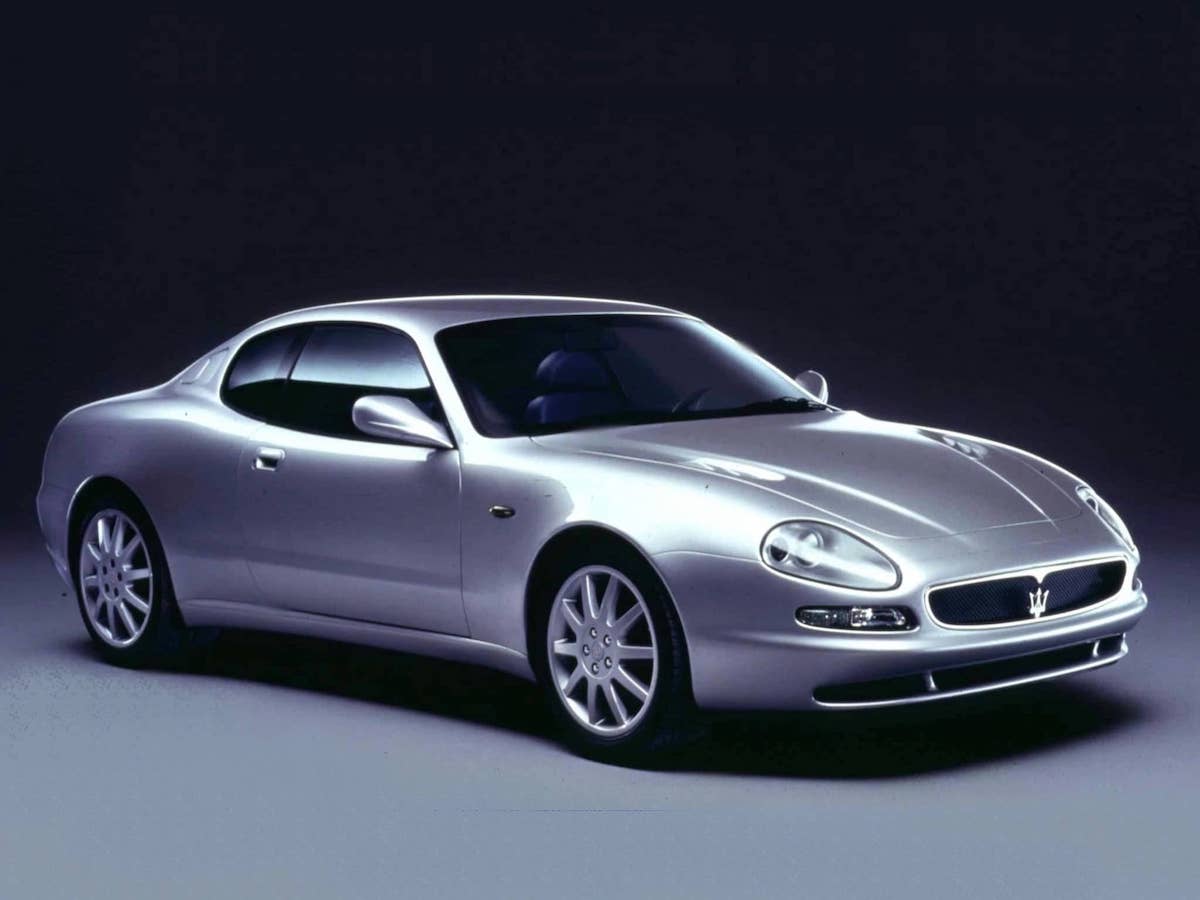 The Maserati 3200 GT was the follow-up act to the Shamal and like its predecessor, it’s becoming a sought after model within the classic car world
© Maserati.com

When Maserati stopped production of the Shamal in 1996, it was replaced by the car you see above - the 3200 GT. Just like the Shamal, the 3200 GT is experiencing somewhat of a renaissance in the world of modern classic cars. In fact, it’s predicted to be one of THE hot youngtimer purchases of 2022. With its twin-turbocharged 3.2-litre V8 engine, muscular design, and THOSE boomerang rear lights, it’s no surprise, either. On that side of things, if you want to read our rundown of what are set to be some of this year’s classic cars, then click here!

The Maserati Shamal shown in this story is for sale through our partners at Stradale Vintage Cars. If you would like to find out more about this vehicle, then click here.

To browse the rest of the Maserati range for sale on Dyler, please follow this link!