The Most Expensive Helmets Sold at Auctions

Recently, a tendency for helmets to be sold at auctions for higher prices has been noticed. However, if you are tempted to buy a racing memento from the glorious past, you should consider its value thoroughly.

According to Toby Wilson, a representative of Bonhams, it is quite risky to purchase the helmets of famous race car drivers, since the market is full of replicas. In order to evaluate the helmet being offered for sale, it is strongly recommended that you take your time and ask a few questions.

"Who was the race car driver? Where and when was the helmet worn? What result was achieved, and how did it impact the Championship? The answers will determine the helmet’s value. The helmet must come also with a certificate signed by the team," advised the expert.

Over the past 5 years, we have heard about several new record prices being paid for helmets, so we have made a list of the top three most expensive helmets sold at auctions. 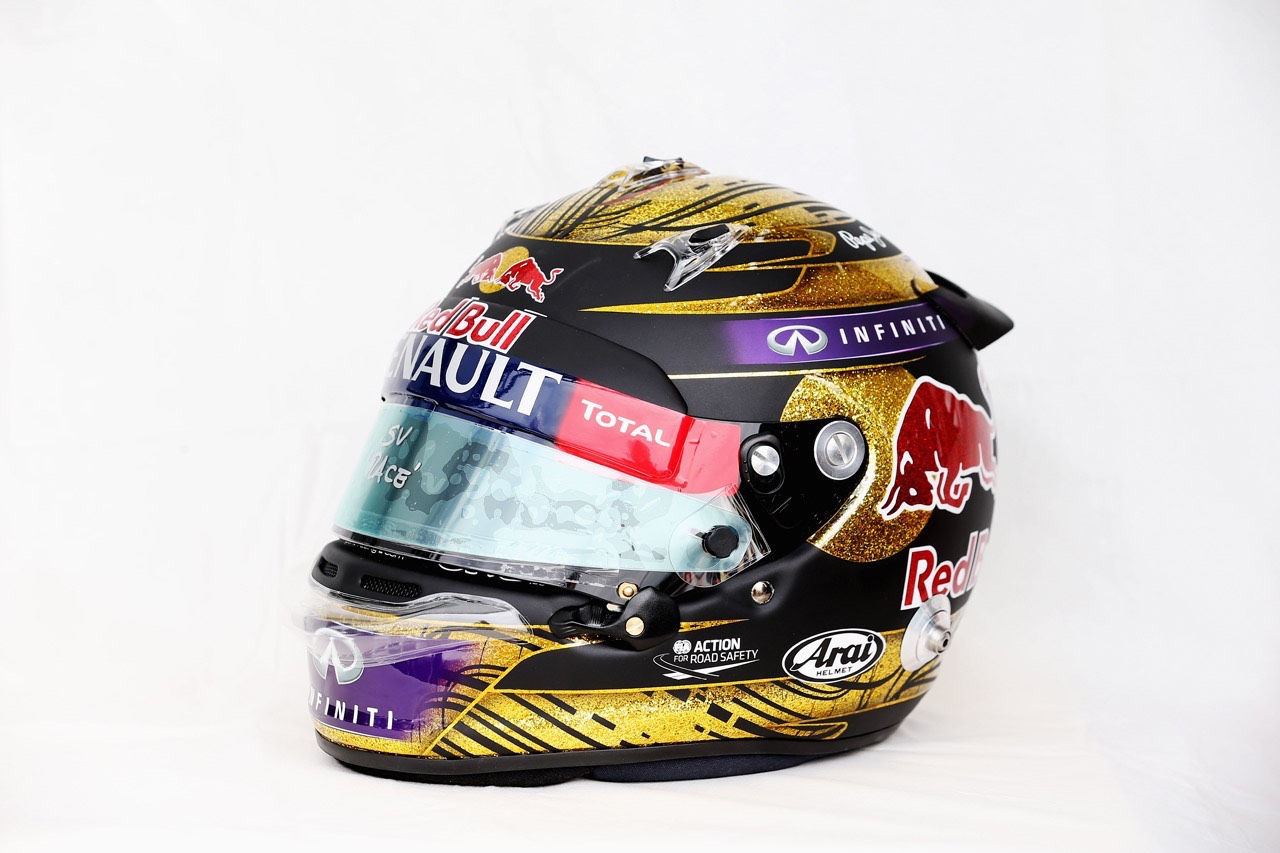 In 2013 – 72,100 pounds was paid for the helmet of the four time F1 Champion, Sebastian Vettel. He won his victory at the Nurburgringo Grand Prix 2013 wearing this helmet.

A collector from Germany who was impressed with the helmet's design, which was specially created for this lap, as well the significance of the victory purchased this helmet at a Bonhams auction. At that time, it was the first home victory for S. Vettel, and he was the first German to celebrate a home victory since 2006 when this was achieved by Michael Schumacher. 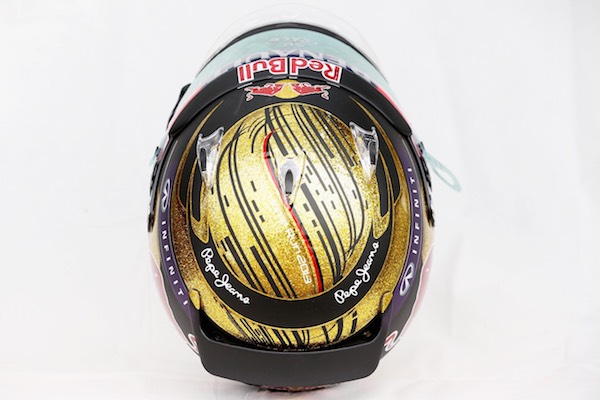 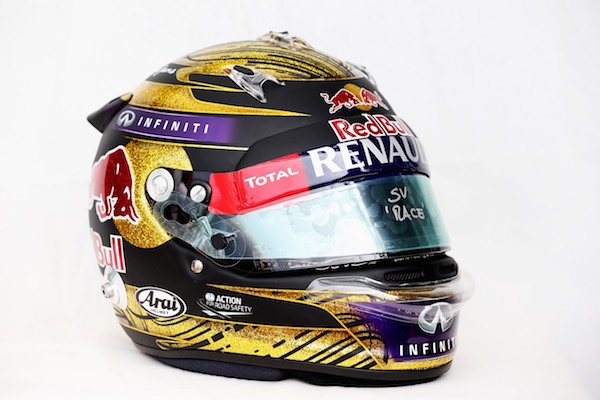 The Arai helmet stands out with the colors of the German flag, while the autograph of S. Vettel attests to its authenticity and creates a unique value. Moreover, the helmet came with a Red Bull team certificate, confirming the "right after race" helmet's condition. All of the money collected from the sale of this helmet was donated to the charity organization Wings For Life.

Another of S. Vettel's helmets worn during a Monaco race was later sold at the very same auction, yet "only" 20,000 pounds was paid for this. For the sake of comparison, it should be noted that the same price was paid for a helmet of the five time World Champion, Juan Manuel Fangio. 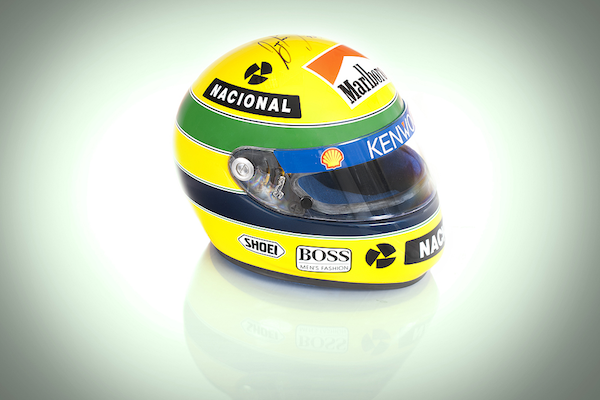 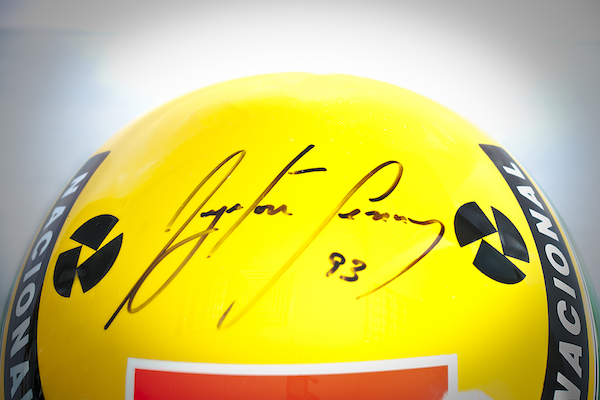 A helmet worn by the legendary race car driver Ayrton Senna was sold for 74,750 pounds at a Silverstone auction in 2012. At that time, it was a record-breaking amount and the helmet has been referred to as the most expensive in the world.

It is one of the famous helmets that A. Senna used in 1991 when he represented the McLaren team. For the Brazilian, it was one of his three victorious seasons in the F1 Championship. The yellow-green Shoei helmet stands out because of its Brazilian colors and ads from the Nacional, Marlboro, Boss and Honda brands. The personal autograph of the race car driver also gives the helmet a unique value, so it is no wonder that it was sold for twice the price that was expected. According to the hosts of the auction, the helmet was previously owned by the McLaren boss, Ron Dennis. 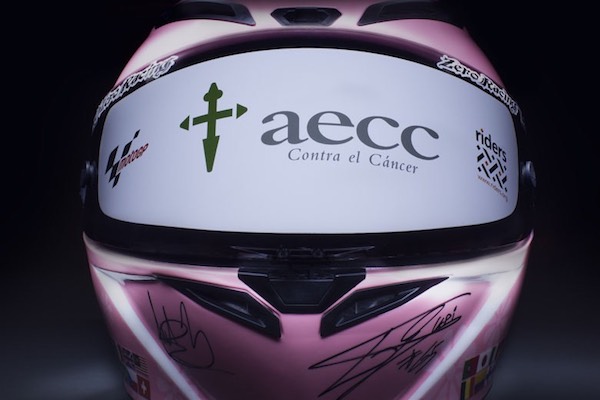 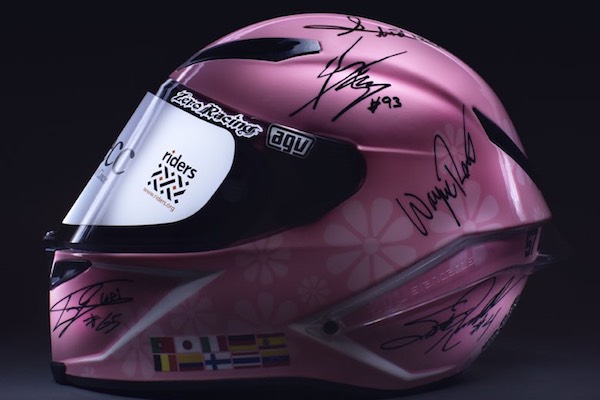 A Stop-Cancer campaign helmet was signed by twelve World Motorcycle Champions and sold for the unbelievable amount of 255,000 euros in December 2014. All of the money was donated to a charity involved in fighting cancer.

The initiator of this project was Alberto Hernandez, a student from Spain. He was a passionate motorcycle fan. Together with Oscar Haro, a member of the LCR Honda team, he decided to collect donations for the AECC (Spanish Association against Cancer) and the Rider for Health organizations.

It has been announced that Anthony Constantinou, the executive of the CWM FX financial group, parted with the huge amount paid for this helmet.