The Sbarro Osmos: "Back to the Future" with a Futuristic Concept from 1989

How can car manufacturers amaze a person living in the Information Age? Recently, car makers have been focusing on smart devices and other technologies that have nothing to do with driving.

Automotive developers – just like any other company looking to make money – pay the most attention to the people who are buying cars and are vocal about what they want: iPhone or Android user interface, wireless charging, Facebook integration, email access, and so on; features like these are often presented as breath-taking innovations.

If we were to turn the clock back 20 or 30 years, we would see that when they used to introduce something new, car makers really did give us something new – not just a marketing ploy to hook people who can't go more than two minutes without looking at their phone.

A supercar vision with hubless wheels

One of the best examples is Sbarro: founded in 1971, this company was known worldwide for projects that were unconventional in terms of appearance or configuration. So let's begin from the beginning with the Sbarro company, or more precisely – Franco Sbarro, the company's manager and mastermind.

Franco Sbarro was famous for his love of cars, especially ones that looked extreme. Based in Switzerland, the automaker's CEO always tried to create a car that would be able to stand out. In every possible sense.

At first Sbarro began producing replicas of various Ferrari, Mercedes-Benz and Porsche models, but Franco Sbarro later decided to go one step up and start making original, authentic models that would appeal to eccentric car enthusiasts with very deep pockets. 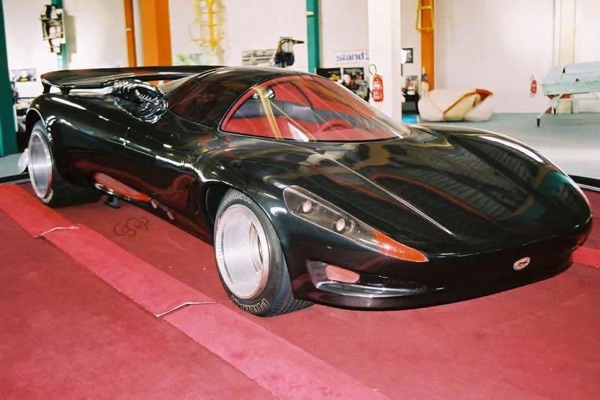 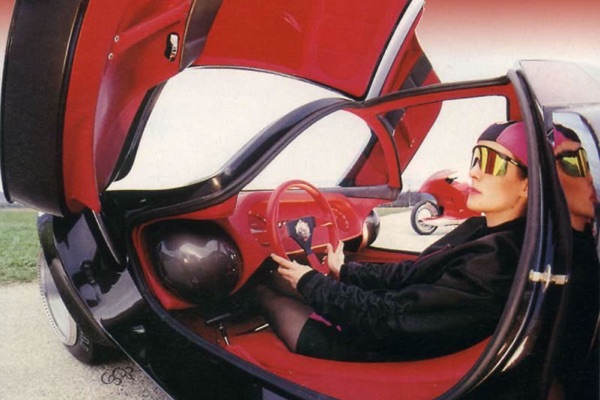 The Sbarro Osmos that was introduced in 1989 is probably the strangest concept car that Franco Sbarro ever created. It stood out from the rest not only for its appearance, which was reminiscent of the cars you see in cartoons, but also for a few unconventional solutions that even now would seem like Apple introducing the first iPhone or iPod today.

Sbarro specialists fit the model with a 12-cylinder petrol engine that was also being used for some Jaguar models at the time. It produced 350 horsepower and drove the rear wheels. No big deal, right? Let's continue. 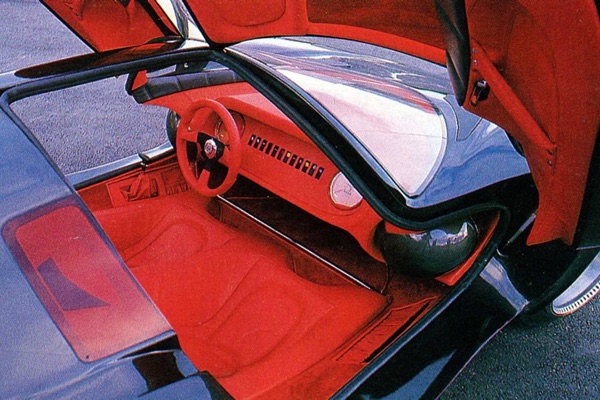 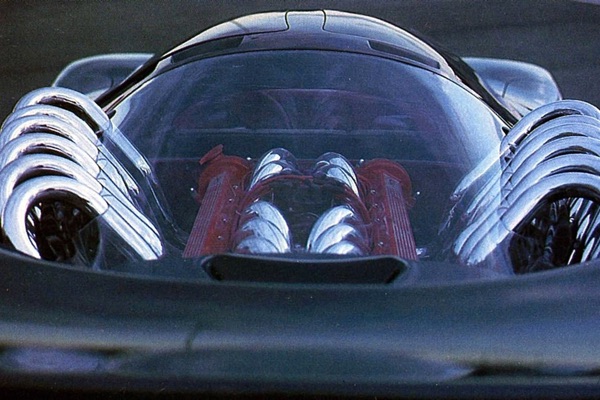 Now it's time for the strange things. The car was barely 1-metre-high, 2.10 metres wide and 4.50 metres long, and its doors opened like the wings of a butterfly. But that's not all. 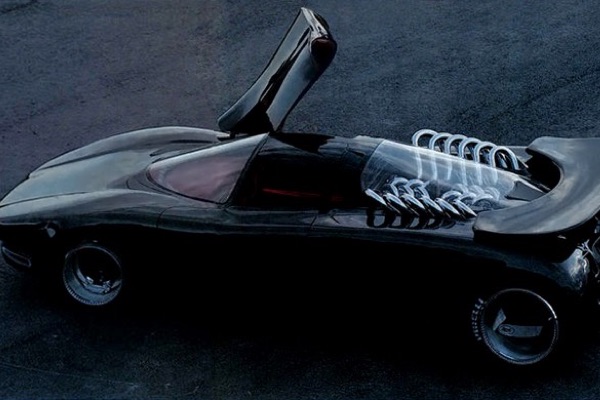 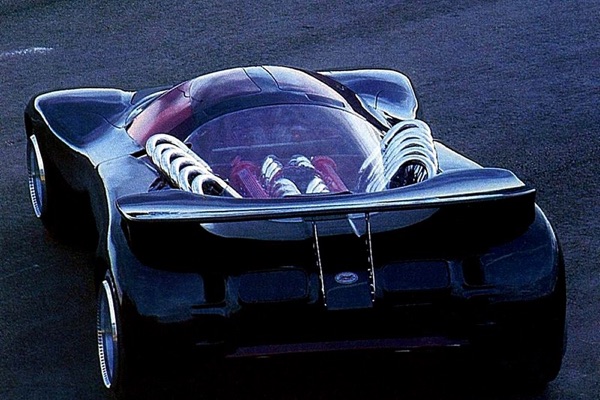 The strangest thing of all was the hubless wheels, which were straight out of a comic book. When Sbarro founder Franco Sbarro decided to create hubless wheels, it was not because he wanted to fulfil a dream from a fantasy movie. The wheel was given its untraditional configuration in order to increase the efficiency of the braking system and reduce friction. This type of wheel had already been used for various motorcycles, but this was the first serious attempt to put hubless wheels on a passenger car. 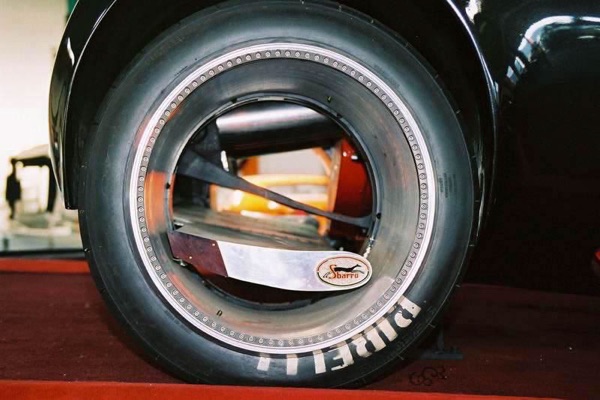 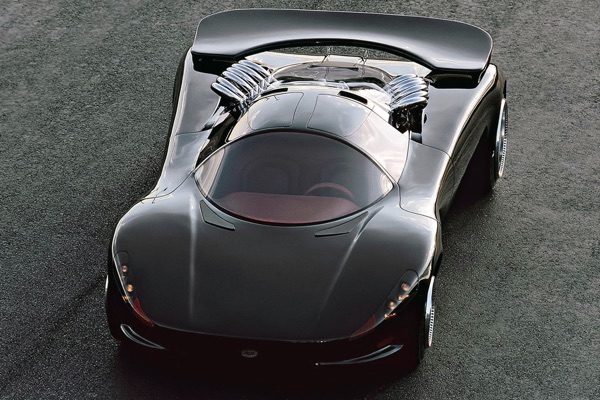 As you can see for yourselves, the concept introduced in 1989 remained just that, since the innovations that it featured didn't interest any of the larger car manufacturers. Why? Because of the production and use of the extremely complex hubless wheel that would have required Sbarro to close its factory doors, make a public apology to everyone and declare bankruptcy. 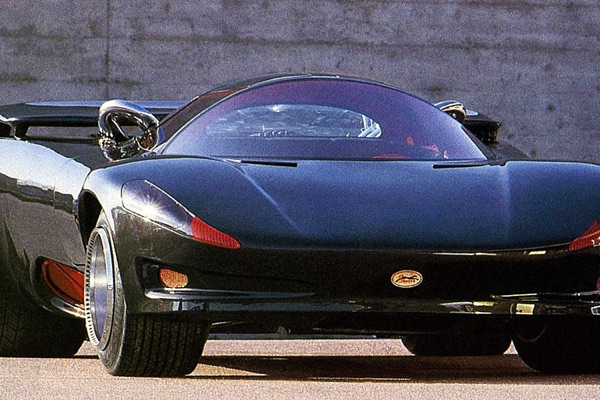 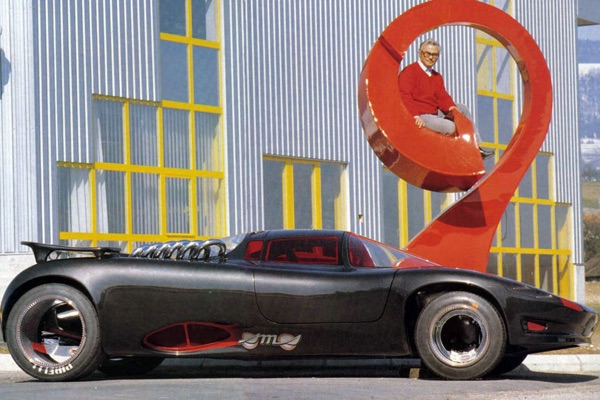 The Osmos was one of the company's most famous prototypes, and it is still recalled fairly often to this day. Over the last decade, the Sbarro name has been heard less frequently in the car enthusiast community, but this doesn't mean that Sbarro has decided to retire – definitely not. The last time Sbarro got everyone's attention was in 2011 when it introduced the Sbarro Evoluzione. 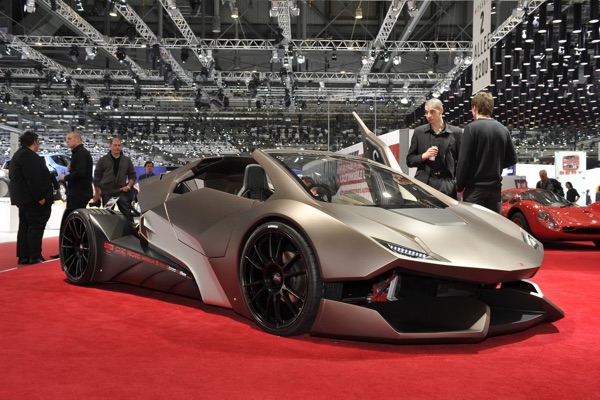 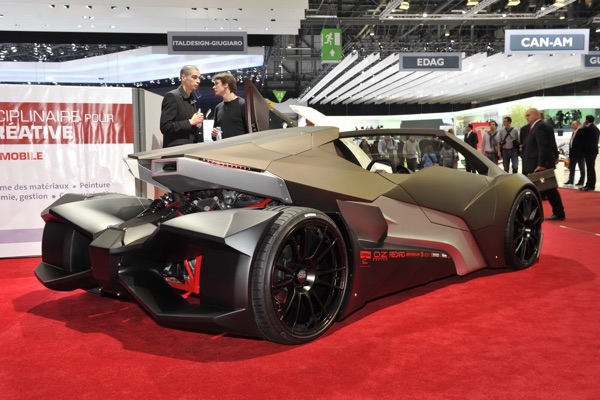 This is a hodgepodge of Lamborghini, McLaren and other exotic vehicles that seats not one, not two, but three passengers. We admit – this is an unorthodox decision, but under the mixture of various design elements there lie components found in Audi models.