There is a common belief that the VW Beetle was the first ‘People’s Car’, but this is not true. There was once a guy who managed to mass-produce cars back when we still didn’t even have networks of paved roads or petrol stations. Yes, we're talking about Henry Ford and the that his Ford Motor Company produced in 1908-1927. 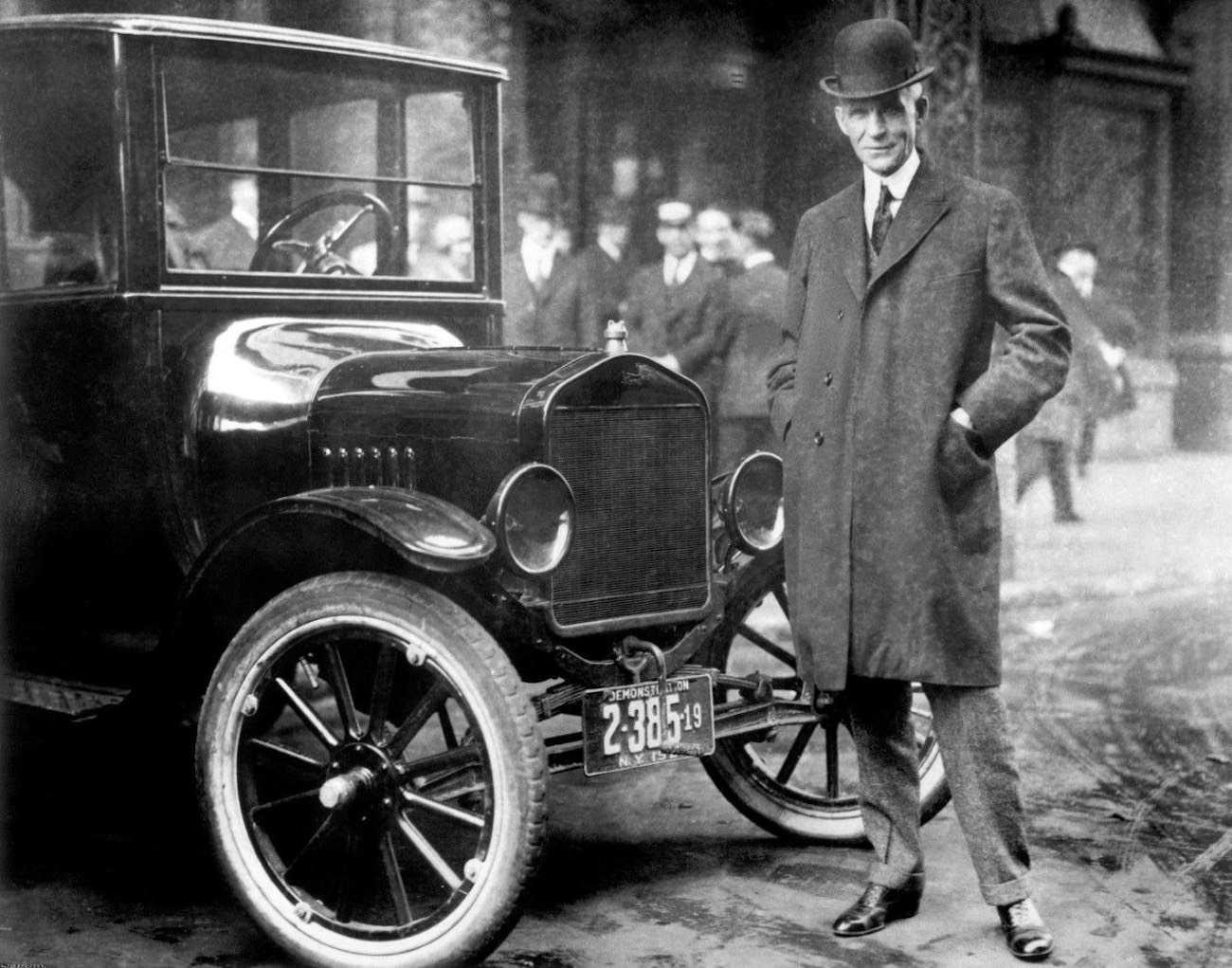 I'm not a fan of Henry Ford, even though he did motorize the United States and give the world the idea of a mass-market car. For many, his name is associated with automobiles or the first assembly line, but probably not everyone knows that he had been awarded the highest medal Nazi Germany could bestow, and that Adolf Hitler had a portrait of him in his office.

In any case, the was the most significant car of the 20th century and had all of the same components that cars have now: a reciprocating internal combustion engine, four wheels, a gearbox, control via pedals and a circular steering wheel. Given, these controls were quite a bit different from the format we are used to and now take for granted, when the clutch is on the left, the brake is in the middle, and the throttle is on the right. I can bet that probably none of the today’s drivers would even be able to move them out of place without detailed instruction and practice. 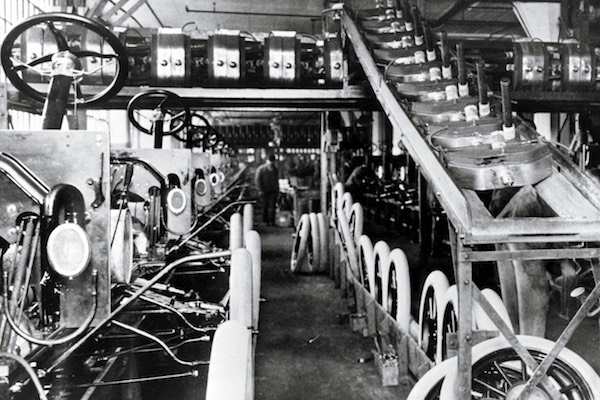 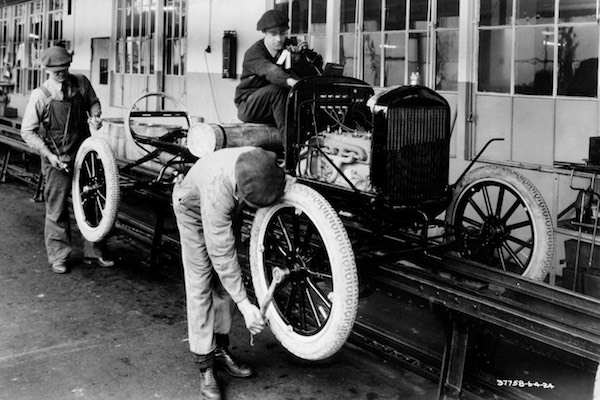 The first car for poeple

Yes, the had three pedals, but the brake was on the right, the middle pedal was for driving in reverse, and the left pedal, at least in part, could be called a clutch – depending on the position of the hand lever (which was on the left and resembled a handbrake), the pedal could be used to put the car in neutral, park, or one of two forward gears. What about the throttle? It was on the right side of the steering wheel, just don’t confuse it with the lever on the left side, which was used to retard or advance the spark. So that, for you, are the standards according to the Model T. What else? Well, obviously it was started by hand, and when cranking it you have to be careful because broken fingers or even arms was practically an occupational disease for first-time drivers. In addition, it is important to remember which position that hand lever is in because it’s possible that the Model T will simply run you over while you’re cranking the engine – this happened to more than one of the first Ford owners. In any case, these kinds of controls were not a major problem at that time, since for the vast majority, it was the first car they had ever had. 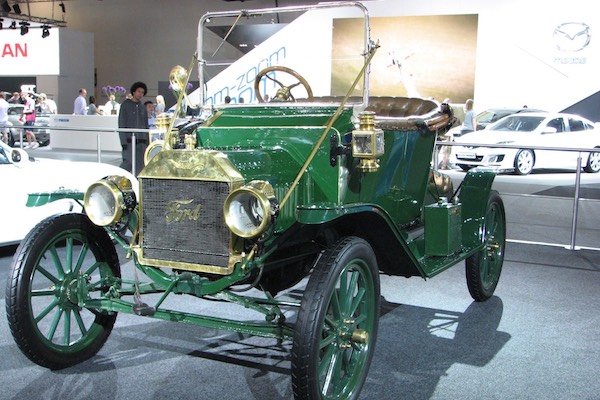 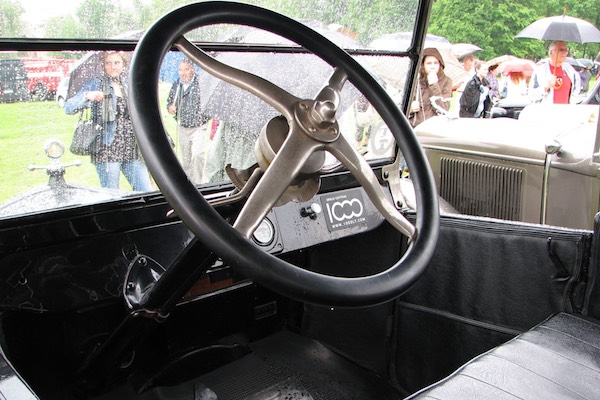 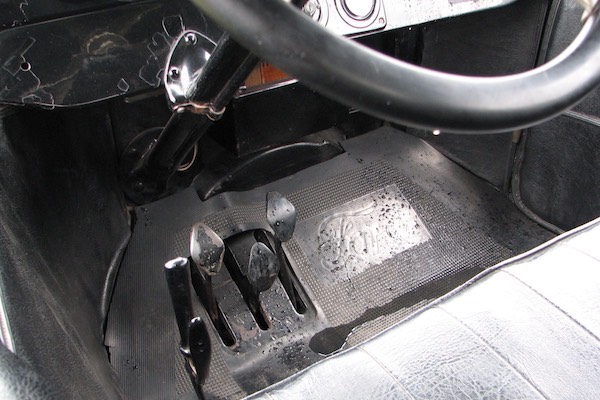 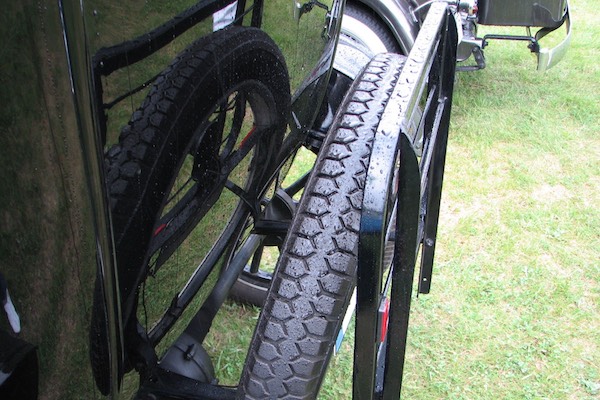 And in general, it was not the controls or the car itself as a product that influenced the fact that over 15 million of them were produced in 29 years. It was the innovative assembly line system that helped achieve that. The idea of producing cars on an assembly line was proposed to him by production manager William Klann, who had seen how a ‘disassembly line’ was used at a Chicago butcher's shop – animals were put on a conveyor belt and each worker had a specific task of which part to cut. Klann devised that a similar approach could be used in reverse to assemble vehicles, by giving each mechanic a simple operation to perform as the car moves along the conveyor.

The efficiency of this type of production was obvious. The first Model Ts – which were assembled in the usual way – was introduced in 1908 and cost $825; the same Ford that rolled off the assembly line in 1916 could be yours for $360 because the time it took to assemble the car had been cut down from 12 man-hours to 90 minutes. The Model T even became affordable to the assembly line workers who, despite the exhausting, monotonous work, earned a decent salary - $5 per day. Not surprisingly, more than half of the cars in the US at that time were Fords, with their total number in the United States growing from 6.7 million in 1919 to 27 million in 1929. 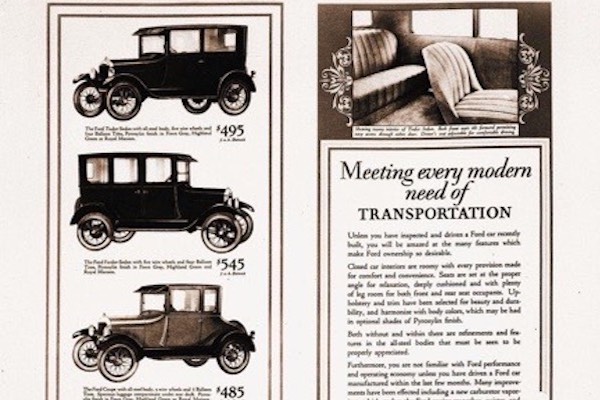 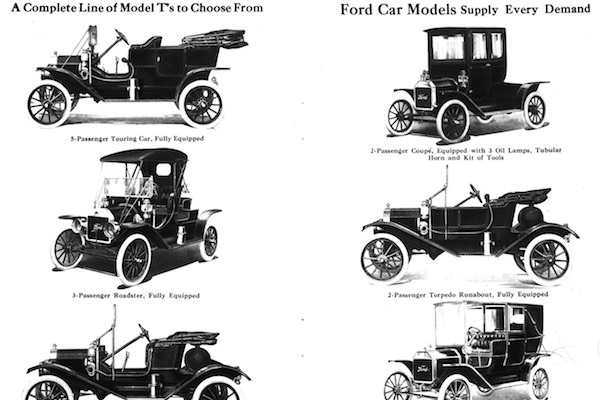 The Model T didn’t only come in black (contrary to popular belief): black only became an option in 1914 - prior to that, it came in grey, green, blue and even red. There were also a lot of body options, and even a light commercial vehicle version.

And the most interesting thing. An enormous number of them were produced (it was only in 1972 that the VW Beetle surpassed it in terms of volume), so quite a few have survived. It’s not very difficult to buy a running and use it - completely legally - as a mode of transport. And that is amazing, since there aren’t many things that are still fit for use when they are 100 years old.