Renault 16: The First Hatchback in the World

Back in the early ‘60s, Europe had long since risen from the ruins of the Second World War. The continent had been swept by Beatlemania, and young post-war baby boom families were starting to spend the money they had earned during the economic growth. The traditional sedans and estate wagons that were being produced up until then were no longer appropriate for this age. Those modern families needed a modern car. And the Renault 16 was just that.

In the early ‘60s, the market situation for the French state automobile manufacturer Renault was not exactly ideal. Europeans were enamoured with their compatriot, the Citroën DS, and their premium class offer was the Frégate, which was hopelessly outdated. Given, bankruptcy was not a threat, since the little Renaults were selling like hotcakes and keeping the company in the black. However, Renault was increasingly at risk of being left as a maker of small and cheap cars. The fate of becoming a second Volkswagen was not at all enticing for the proud French, so they decided to create a model that would produce the same furore as the Citroën DS did in 1955. Pierre Dreyfus, who was the head of Groupe Renault at the time, was looking for a car that was unconventional and would stand out from the competition; he summed up his position by saying: ‘Cars can't just be four seats and a boot any longer. They must be viewed as a volume.’ Inspired by these words (and the lines of the tiny Renault 4), Gaston Juchet designed the radically new Renault 16. 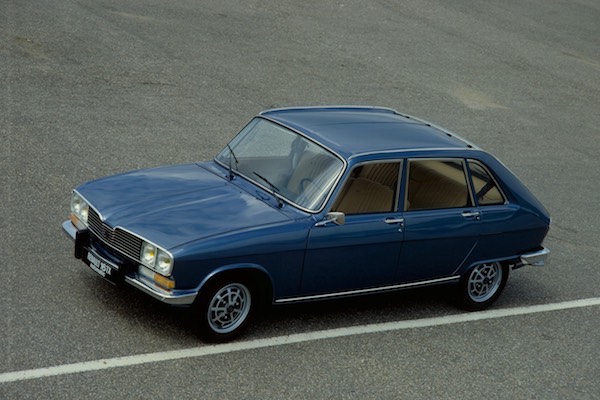 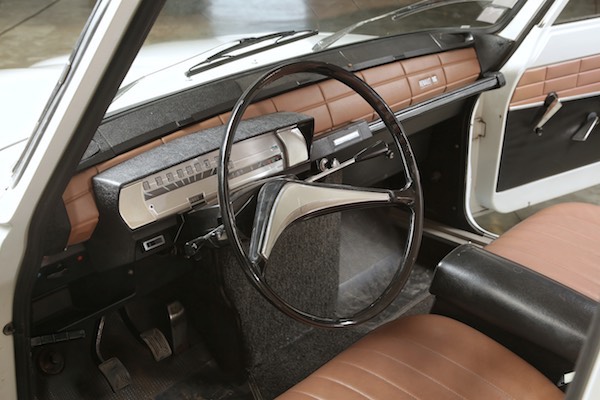 The company’s new model was launched at the 1965 Geneva Motor Show and became yet another French car that immediately captivated the public and motoring journalists, who named it the 1965 European Car of the Year. It goes without saying that it was definitely a good car, but what exactly made it one of the most famous automobiles ever produced?

First and foremost – the mechanical part of the car. The front-wheel drive was still relatively new in a technically conservative Europe, and the engine that was mounted behind the gearbox was a complete innovation, with the good weight distribution giving the car excellent cornering stability. However, unlike the DS, the 16 only had front disc brakes. French cars are known for their soft ride of any road surface. The Renault 16 was no exception – with its compact torsion bar suspension with two stabiliser bars, the 16 floated along the road like a yacht in the bay of Saint-Tropez. 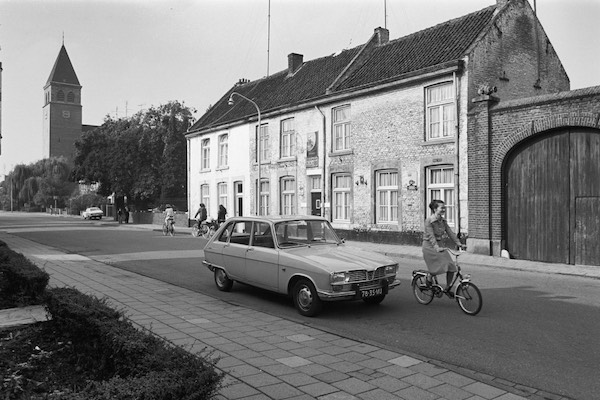 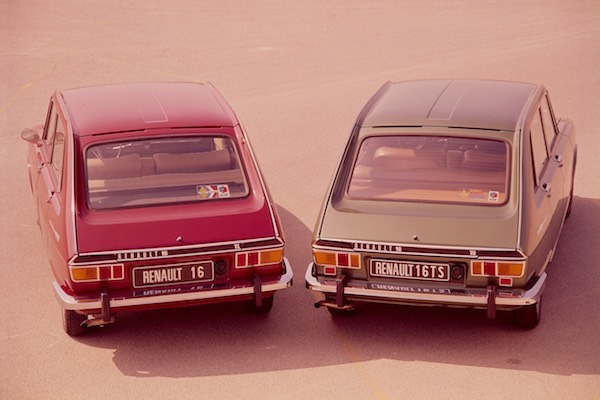 Another unique feature of the Renault 16 was its completely new engine design. The engine itself was made of aluminium, with an enclosed cooling system and a thermostat-controlled fan. You would think all of this progress would move the Renault 16 faster that all of those sporty Italians, right? Alas, the advanced design was not a factor for guaranteeing speed, and the very first Renault 16s could only hit a top speed of 140 km/h. Not much for a car that only weighed 980 kg. However, the engine itself wasn’t impressive either. 1.5 litres that could only produce 55 horsepower. True, the engines kept being improved, and by the end of the Renault 16’s production run, it had a 1.6-litre motor with 93 horsepower that could get it to a top speed of 170 km/h. 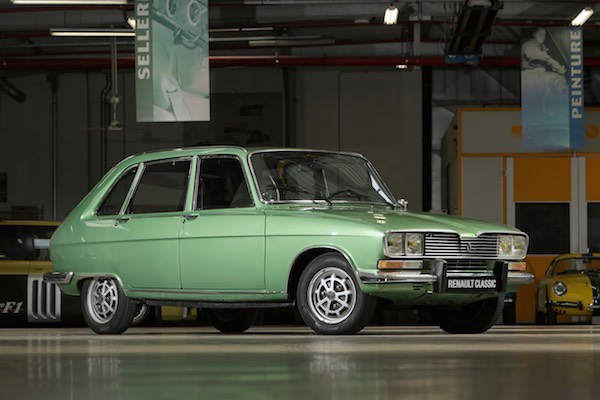 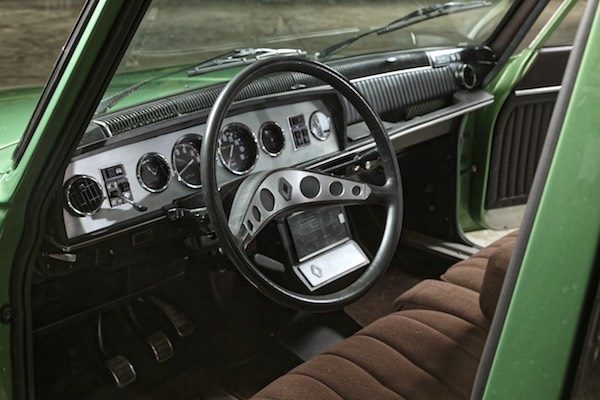 The car named the 16 TX can be considered the first hatchback in the world. Due to the design and layout of the suspension, the car handled incredibly well on the road. The Renault 16 not only manoeuvred each turn with precision, but it did so with French smoothness – a rare case in automotive history, where you can usually only choose one of the two. British F-1 driver Stirling Moss once said of the Renault 16: ‘There is no doubt that the Renault 16 is the most intelligently engineered automobile I have ever encountered and I think that each British motorcar manufacturer would do well to purchase one just to see how it is put together.’

However, the most important thing about the 16 was not its technical capabilities, but its design. The world’s first hatchback, or as it was advertised – a car with the styling of a sedan and the roominess of an estate, but also a car that you have never seen before. The design of the Renault 16 was dictated by market demands. The car’s designer, Gaston Juchet, had a large, three-box sedan with a V6 engine in mind, but management told him that that was not what the company needed to make money and get out of their financial hole. The new model desperately needed to be as practical as possible, or people simply wouldn’t buy it. 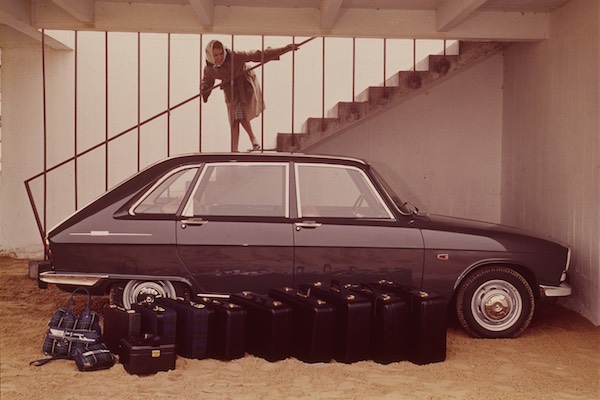 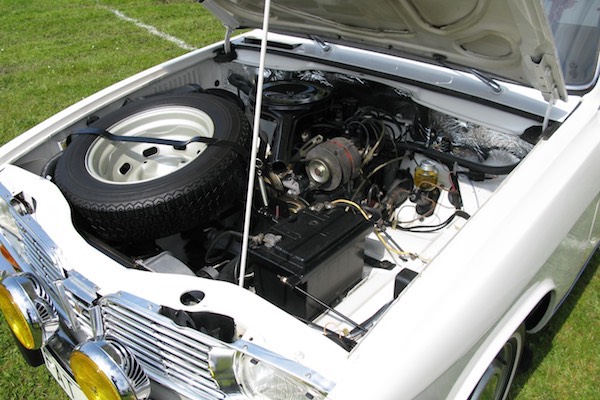 The designer managed to combine functionality with good looks almost perfectly. Visually, the front of the car seemed to hug the ground, since the aforementioned engine and gearbox layout meant that the front compartment came out low and wide. The sporty look was further enhanced by the concave engine bonnet and the square headlamps that were just coming into fashion. The sides of the car were wider than the roof plane, and the unique suspension meant that the right wheelbase was slightly shorter that the left. Meanwhile, the large top-hinged cargo door together with the folding rear seats turned the Renault 16 into a great family car that you could use to drive your family to the vineyard and transport all of your tools as well.

With time and the abundance of equipment, the Renault 16 became the flagship of the brand. Features such as power windows, central door locking, automatic transmission, air conditioning and heated rear windows had long been customary in American cars, but in Europe they were still an unprecedented luxury. Especially for a family car. The linear speedometer and the column-mounted gear change lever especially gave in an American vibe. Given, the car didn’t do that well in the States – for some reason, the Americans didn’t take a liking to this modern French model, and sales were discontinued there in 1972. 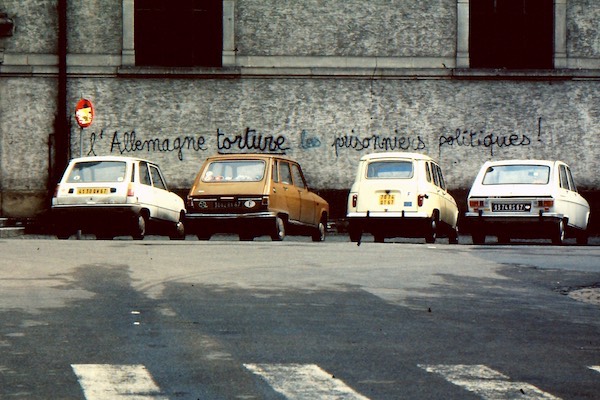 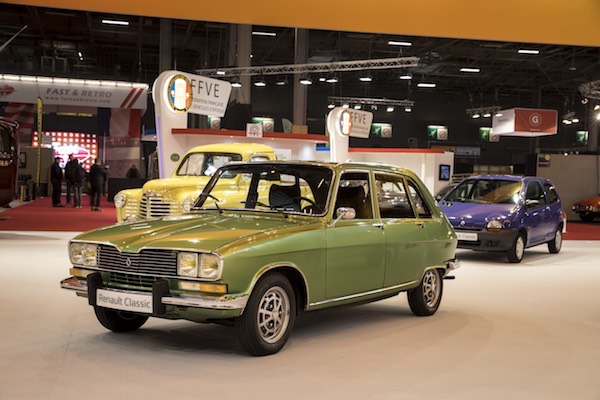 Actually, the hatchback was never a very popular body type on the other side of the Atlantic, and local attempts to produce them usually ended in failure. In Europe, however, the Renault 16 was a huge success. It had a production run of 15 years over which almost two million were produced – something few cars manage to achieve. And only a very few manage to become an inspiration of brand philosophy for the next few decades, with an undeniable impact on other producers as well. The Renault 16 had no major competitors until 1969, and the Austin Maxi that came out then was not a bestseller outside of the UK. When the Renault 16 appeared on the streets in 1965, the hatchback was something completely new in a world of three-box cars. But when it finally retired in 1980, nearly every European car maker had one or more hatchbacks in its line-up.

If, after reading this, you would like to own one of these cars that made such a mark in automotive history, then you’re going to need about GBP 10,000 if you want one in decent condition. Despite the abundant production, finding an ad for a Renault 16 is not an easy job. But if you want to buy one, don’t wait and get on the computer today – for its impact on automotive development alone, this is a car that is worth having in your garage no less than a Citroën DS!