Volkswagen is not a very frequent visitor in the motor sport arena. Sometimes you get the feeling that Volkswagen only takes part in a certain motor sport discipline with the sole purpose of dominating for a few years in a row. Perfect examples of this are the Dakar Rally and the World Rally Championship.

Volkswagen recently announced that the company’s engineers are toiling over an electric-powered race car in an attempt to set a new Pikes Peak record. The car, which has two electric engines and 637Nm of torque, will compete in the electric car category, but many Pikes Peak fans think that the Volkswagen I.D. R will also be faster than most traditional sports cars.

The Volkswagen I.D. R isn’t the first car that the German automaker will attempt to place at Pikes Peak with. A few decades ago, Volkswagen brought a rather modest looking Golf GTI to Pikes Peak which vexed the race leaders for two years in a row. 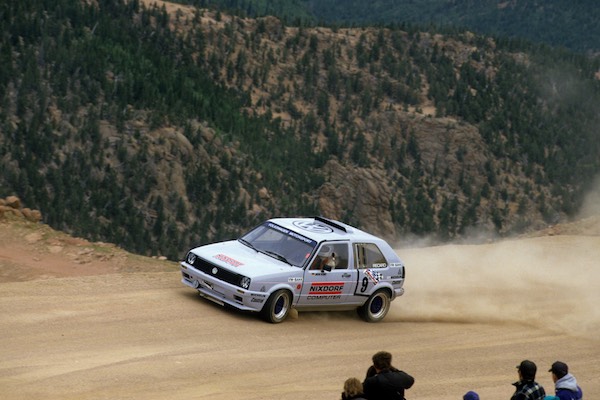 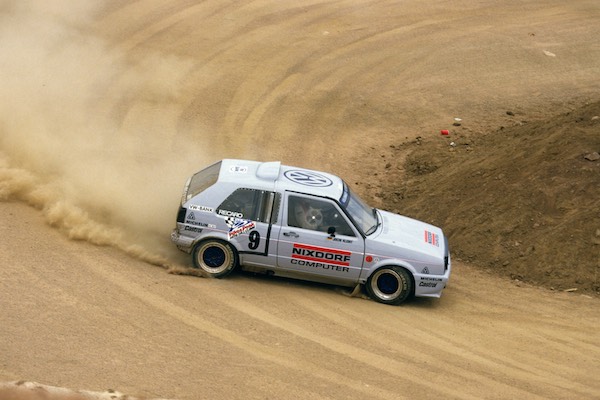 The concept for the Pikes Peak hill climb has changed minimally over the years. Just like more than 30 years ago, Pikes Peak competitors still have to cover a stretch with 156 turns as fast as possible. Over the decades, only one thing has changed – the road surface.

Now the entire course has been paved, and this is very advantageous for ultra-powerful experimental cars that tremble at even the slightest unevenness. Meanwhile, in the 1980s, the Pikes Peak course was more like a long special stage of a rally.

Taking the Pikes Peak conditions into account, participants used to prepare cars that had quite a few rally genes. The very fastest Pikes Peak competitors at that time were built on a rally car base: either the Audi Quattro S1 or the Peugeot 405 T16.

Volkswagen also followed the lead of its colleagues and decided to participate in the famous sprint competition with a car that had no shortage of components suitable for rally cars. In addition, they invited a driver who was well versed in the rally discipline and knew how a car should behave on gravel. 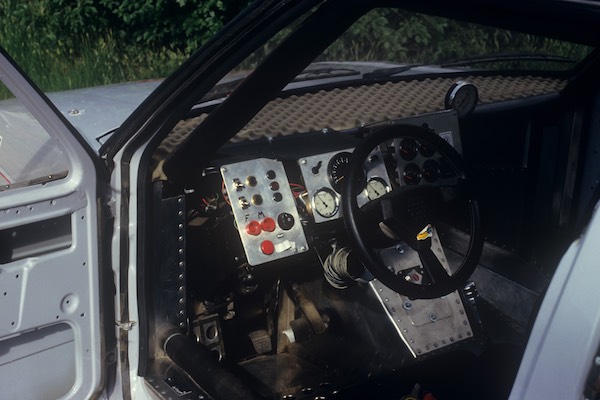 The track, which was rather complicated and demanded endurance, prompted the engineers at Volkswagen to look for a way to squeeze the most out of their modest car. Lose some unnecessary weight – done, put on the right tyres – done, cram in a powerful engine – ... This is where the Volkswagens engineers really outdid themselves, as the Pikes Peak Golf GTI had not one, but two engines. They were modest 1.3-litre, 4-cylinder engines. Each of them had 250 horsepower.

The Volkswagen team that came to Pikes Peak in 1986 had set some very high goals. The team managers were only happy with first place, but should this come as a surprise? After all, this is Volkswagen – all or nothing.

The newcomer kept up with the leaders on certain stretches, but even being masterfully controlled by Jochi Kleint, the car couldn’t deny the basic laws of physics. The Volkswagen Golf GTI took a respectable fourth in the final ranking. 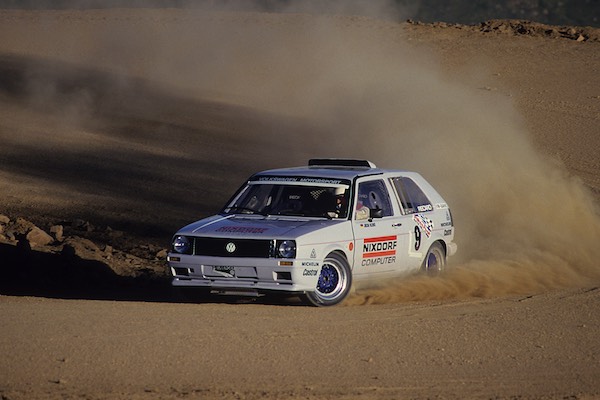 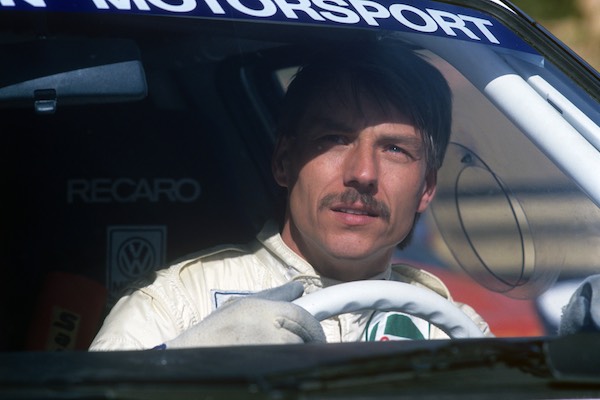 Having understood that two Polo engines weren’t the best choice, the team members came to the 1987 race with a radically changed monster. The 1.3-litre engines were replaced by two 1.8-litre, 4-cylinder units with a total output of 652 horsepower. This intercontinental missile was mounted in a car that weighed just 1050 kg!

Typically, cars with this kind of capacity are fitted with aerodynamic enhancements like a giant rear spoiler and other aerodynamic elements, but this Volkswagen wasn’t much different from the version that car enthusiasts drove on regular roads. 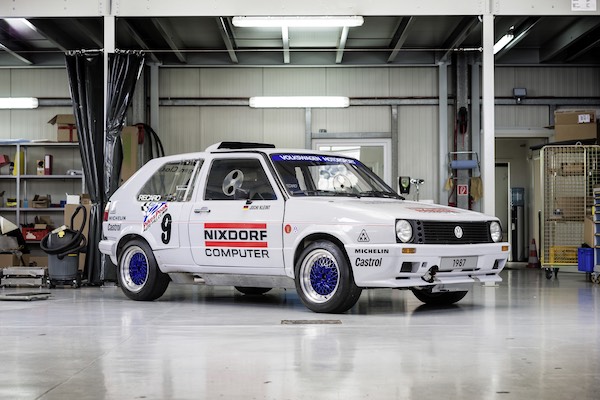 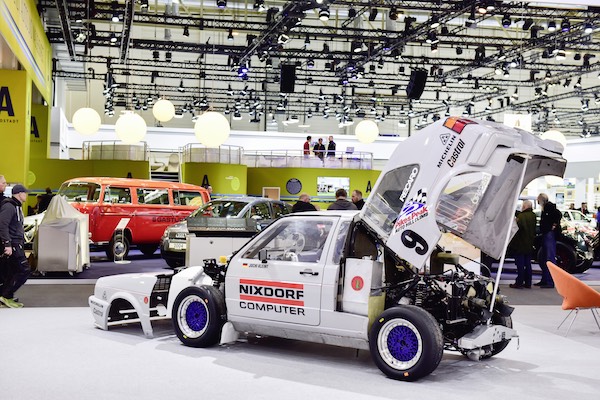 Pulled Out the Champagne Too Soon

Jochi Kleint came to the start line thinking that he would beat all his rivals. He knew the track like his own five fingers, and in terms of dynamics, the new car was on par with the others, whose drivers were also thirsty for victory.

This time, the Golf lived up to the driver’s greatest expectations. Halfway through the race distance, the twin-engine Golf was dictating the pace and showing breath-taking results. In order to increase his lead, Jochi Kleint could deploy the Golf’s secret weapon – selecting which wheels should drive the compact hatchback forward with the click of a button. The driver could select front, rear, or all-wheel drive if needed. This tool was put in not only to have an advantage, but also to allow the driver to adapt the car to changed driving conditions. 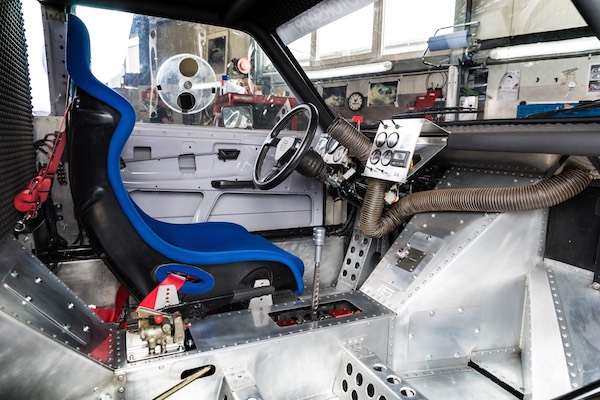 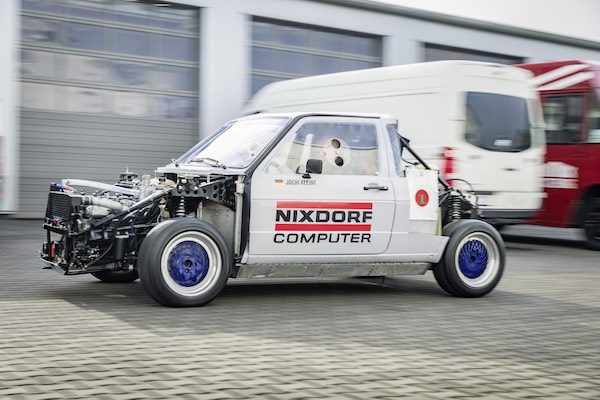 As the Golf was approaching the finish line, the Volkswagen team began to celebrate and pull the champagne bottles out of the refrigerator. However, with just three turns to go, an innocent-looking suspension ball joint began to go. This “minor” failure not only forced Jochi Kleint to decrease his pace. This failure forced Volkswagen to retire from the race and let go of a victory that every member of the team had dreamed about.