At the end of the 2017, Lamborghini launched the Urus and called it "the first Super SUV" (Super Sport Utility Vehicle). But it isn't the first Lamborghini SUV - in 1986 Italians launched the LM002 which is widely considered as the father of luxury SUVs.

The LM002 project was an unusual move for Lamborghini. At the time, the brand was known for high-performance, hand-built sports cars. It was dubbed "Lamborghini truck" or the "Rambo Lambo", as Sylvester Stallone famously owned an LM002.

Though it was launched in 1986, the LM002's story began nearly ten years earlier. Its development started at the end of the 1970's, when the American company MIT commissioned Lamborghini to design a high performance off-road vehicle for military use, with the name of Cheetah. The project failed, but Lamborghini engineer Giulio Alfieri resurrected it in 1981 with the LM 001: an innovative concept with a rear-mounted engine, followed by the LMA prototype with a front-mounted powertrain. After several prototypes had been built, Lamborghini presented the final production model of the LM002 at the Brussels Auto Show in 1986.

The SUV featured the V12 engine from the Countach Quattrovalvole that provided a 5.2-liter capacity and 450 hp at 6,800 rpm. That made the LM002 among the most powerful vehicles sold at the time. The engine was mated to a five-speed manual ZF transmission, which in turn drove the car's all-wheel drive system. By the way, LM002 was also available with a 7.2-liter V12 Lamborghini marine engine for customers who loved power. 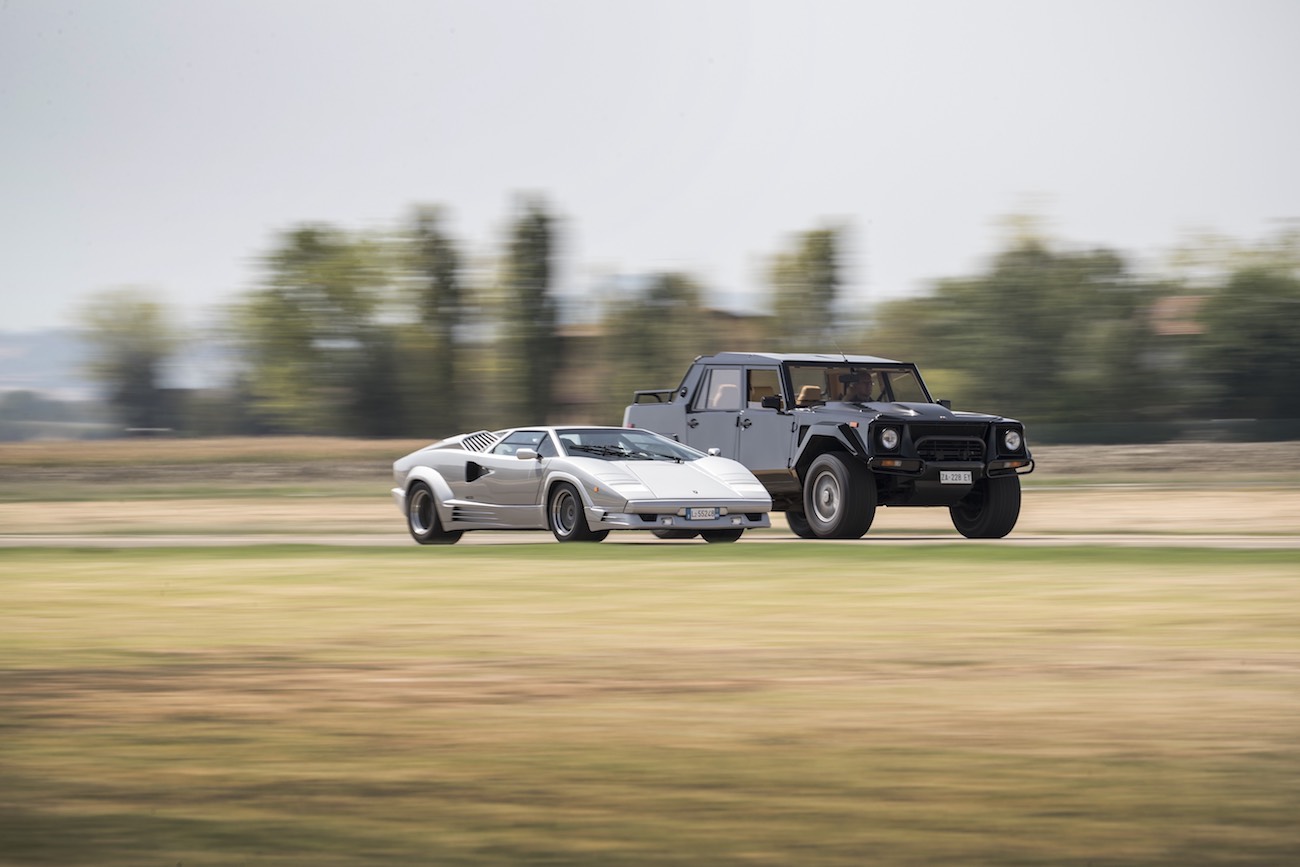 In an aluminium and fibreglass body, with four-wheel drive transmission, transfer case and three self-locking differentials, the SUV could reach speeds of more than 200 km/h and crack 100 km/h in less than eight seconds. Turning heads in sophisticated city streets, the LM002 was equally at home in dirt, gravel and snow. The LM002 was born at the time when nobody paid attention to fuel consumptions - it was fitted with a 270-liter (45 US gal) fuel tank. In total, the LM002 weighed nearly three tons and was equipped with specially-developed Pirelli Scorpion run-flat tires, allowing ‘floating’ capabilities across soft surfaces such as sand, and highly durable in hot conditions. 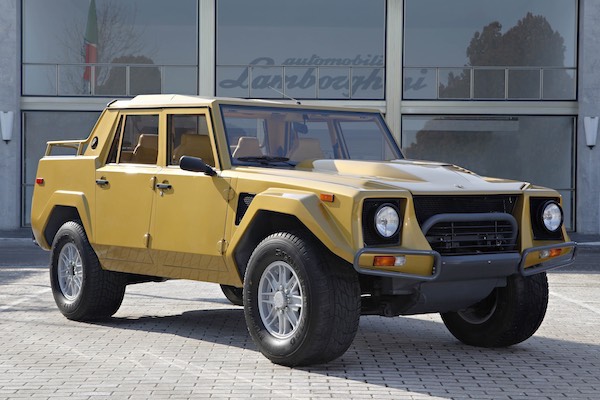 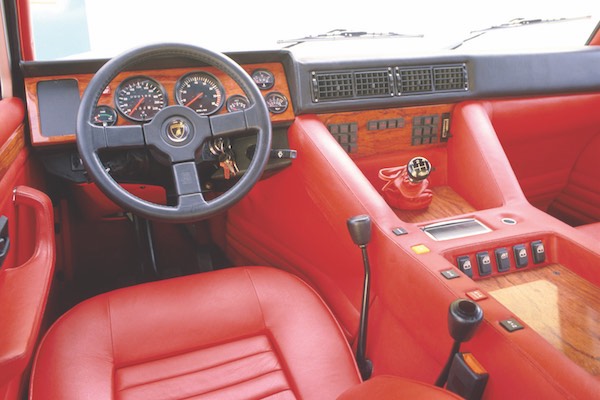 The production of the bodies started in a company near Bilbao (Spain). Then the semi-assembled parts were shipped to Sant’Agata Bolognese for completion with the powertrain, mechanical parts, finishing, testing and delivery. A luxurious interior matching the individual needs of the customer completed the LM002.

Despite being a rough-and-ready off-roader, the LM002 was quite luxurious. Its interior featured all the leather Lamborghini's wealthy customers could hope for - leather trim, power windows, air-con and a roof-mounted stereo unit. 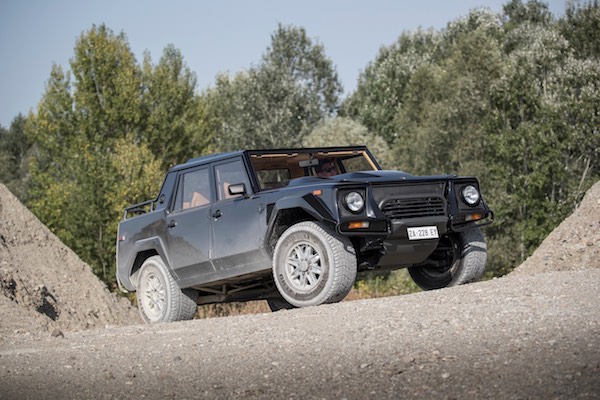 The LM002 was equally at home in dirt, gravel and snow
©Lamborghini 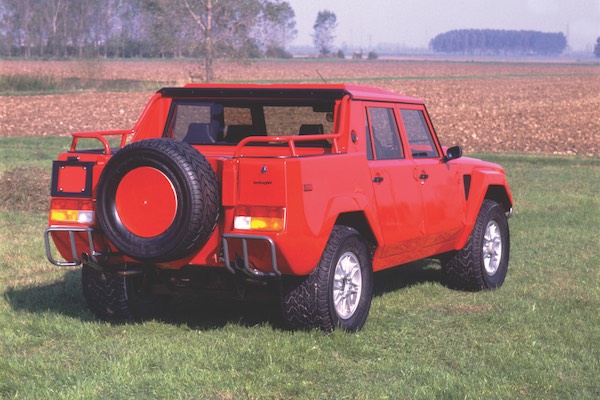 The LM002 attracted significant attention when launched, as a vehicle unlike any other, with performance to match its super sports car stablemates as well as significant off-road capabilities and an imposing design and presence. This powerful off-roader with the Countach engine was liked by kings, actors and racers alike – the first LM002 was delivered to the King of Morocco. 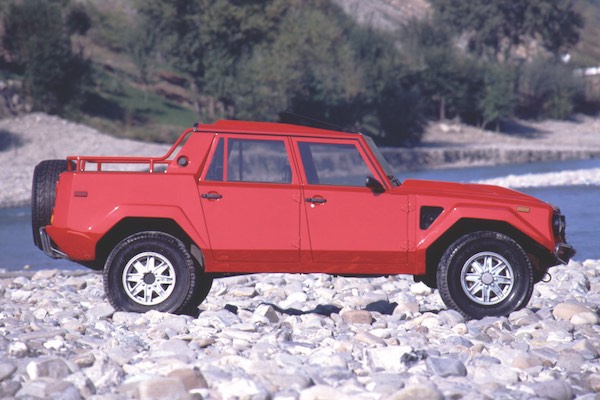 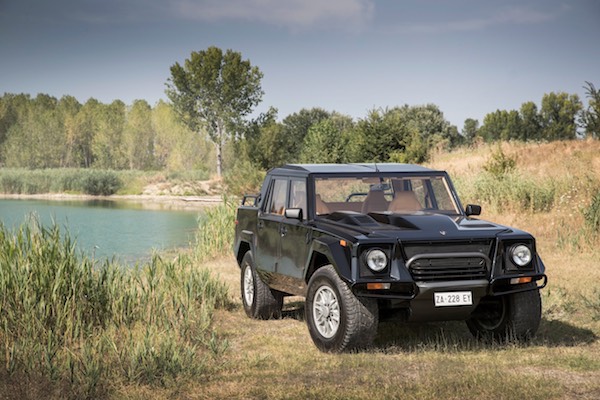 The production lasted from 1986 to 1992, some of them were used also for some rally programs. In 1988, Lamborghini requested a team of engineers to modified LM002 with the intention to prepare it for participating in the Paris Dakar Rally. Weight was significantly reduced, engine power boosted to 600 hp (450 kW), the car got a full roll cage, Plexiglas windows and GPS equipment. However, the project was shelved and this prototype never competed at the toughest of all rally raids.