The Maserati Experiment That Just Missed Out of Mass Production

Has the efficiency of the internal combustion engine peaked? Have automotive engineers hit the wall that prevents further progress?

Judging from the actions of many manufacturers – yes. The internal combustion engine is gradually becoming a component that you no longer want to invest in. Unless you’re a Mazda employee.

While many of us are anxiously awaiting for extremely stringent emission standards to come into force that will put a knife to the neck of numerous interesting cars, we would like to take you back to the past, when there was no shortage of interesting, unconventional experiments which helped the automotive industry move forward and improve.

The most experiments were done with the internal combustion engine in the eighties. The rapidly recovering global economy was growing car sales, and this opened the door for investments. Usually, manufacturers were looking for ways to increase engine efficiency and reduce their appetite for fuel. The same goal that car manufacturers have now.

If you were to stop by a Maserati shop, you would hardly hear words like “economy”, “savings”, or “ecology”. The hell with all that, because in the eighties, Maserati created one of the most impressive engines over the past 30 years.

It wasn’t five or ten years ago that stringent emission standards came into force. Many countries had developed their own system to tax ultra-powerful, polluting cars. For example, Italy.

In the eighties, the Italian government introduced new emission requirements that lightened drivers’ wallets based on what cars they drove, or more precisely – what engines they had.

Looking for a clever way to get around the new system, Maserati put out a press release in 1985 where they talked about a highly advanced petrol engine – the Maserati 6.36. This was a 2-litre, 36-valve, 6-cylinder, petrol engine kept company by two turbochargers that allowed the engine to put out 260 horsepower at 7200 rpm. 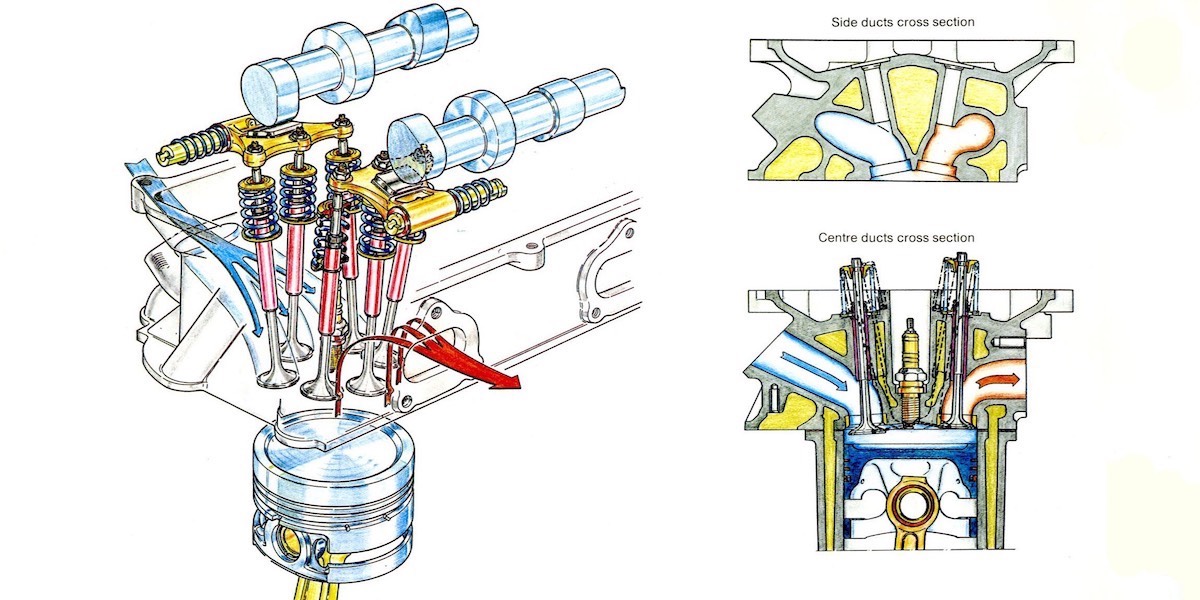 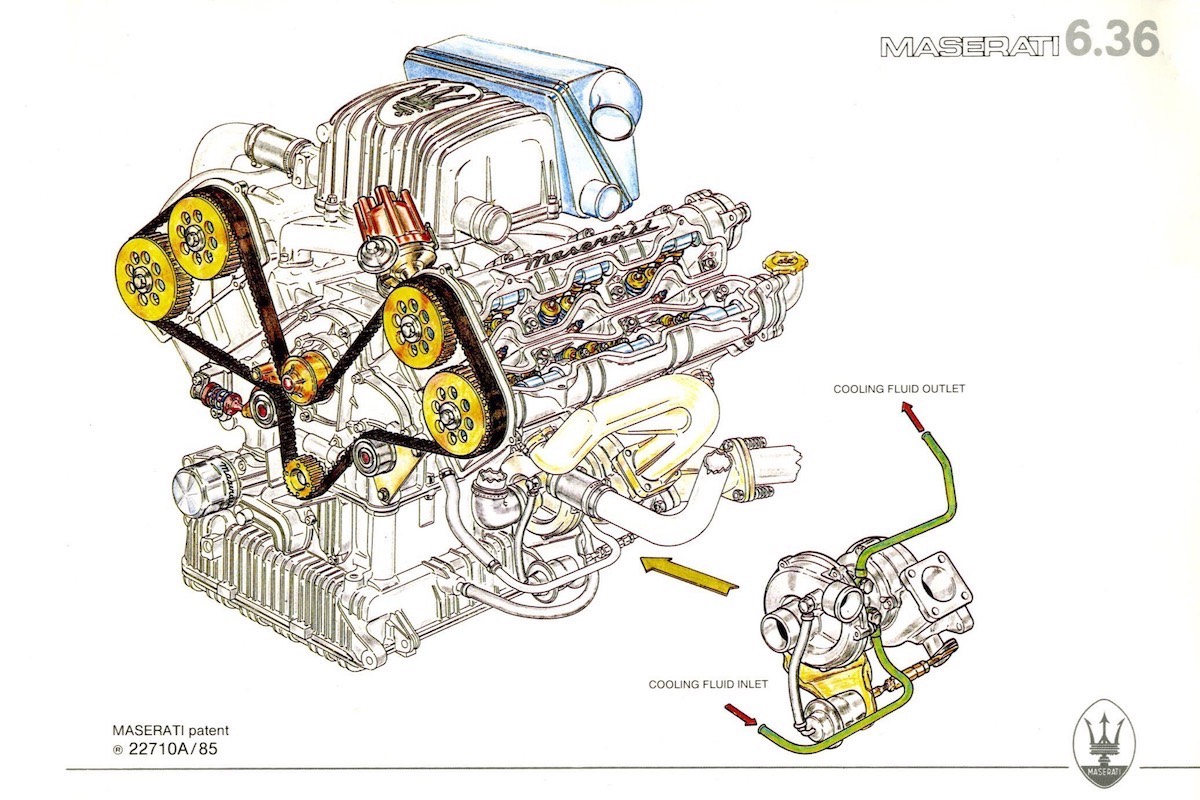 Six cylinder valves provide integrated distribution or more precise control of valves. Unlike the original three-valve engine with SOHC (one camshaft in the head), the new engine had a DOHC layout, meaning there were two camshafts in each of the two cylinder heads.

Maserati’s engineers claimed that by having three valves each for intake and exhaust, engine efficiency increased by as much as 34%. This process was facilitated by a system called “finger control”, where three valves shared one rocker arm. This helped reduce the number of moving parts in the engine, theoretically helping with reliability and durability. 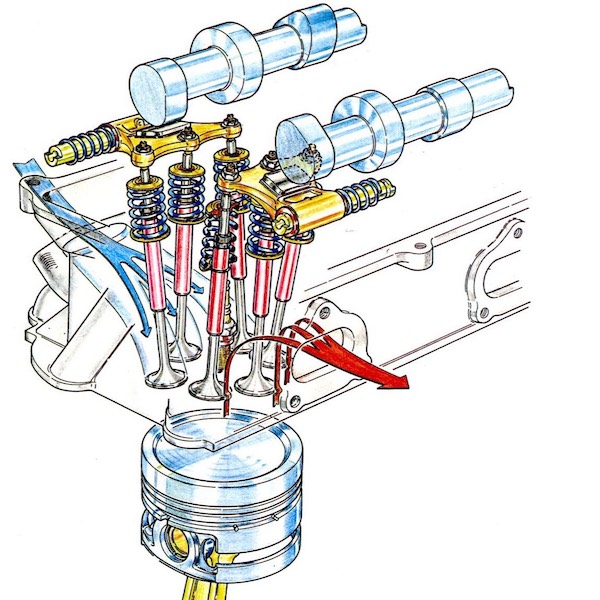 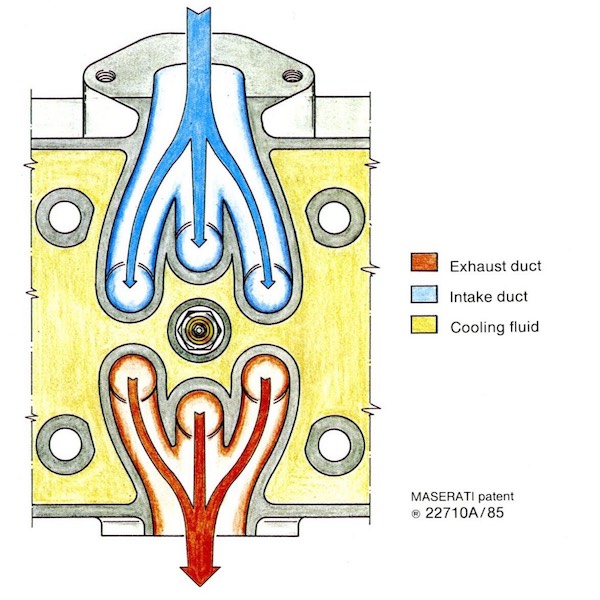 The central valves (intake and exhaust valves) were arranged at a different angle from the two side valves. The side valves were tilted at 11.25° and 10.50° respectively, while the two central valves were tilted at 3° (intake) and 2.5° (exhaust) from the head. This difference in angles promoted a swirl effect in the combustion chamber, which ensured an excellent air-fuel mixture.

Maserati also said that the twin turbochargers had their own water cooling system, guaranteeing total reliability and unprecedented durability. 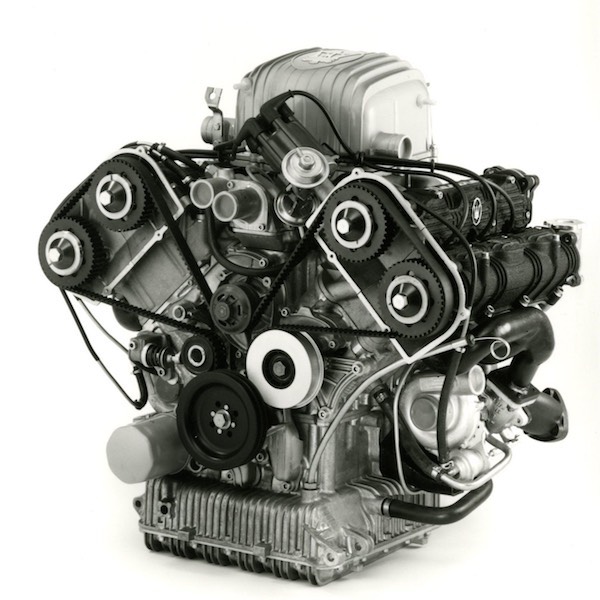 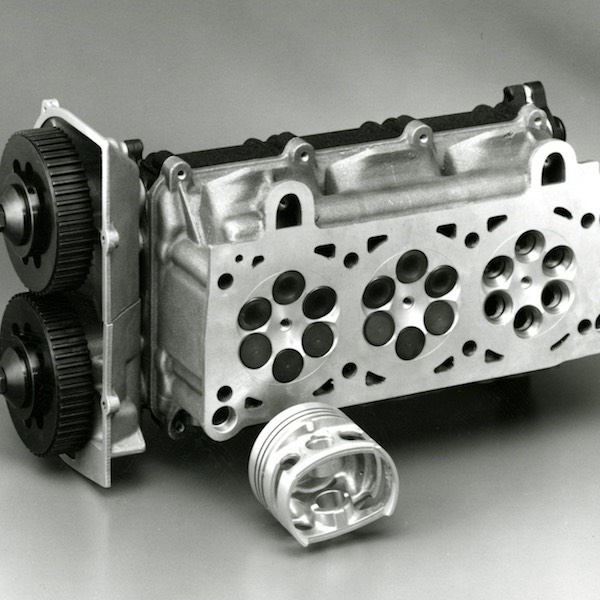 The death of the experimental engine was reported when, in the late eighties, Maserati introduced a significantly modified 6-cylinder engine that had not six, but four valves per cylinder. Called the 6.24, this engine generated as much as 283 horsepower and had a displacement of two litres.

After long testing, Maserati’s engineers decided that the traditional four valve per cylinder design was a sufficiently effective formula that could offer optimum balance between the dynamics that Maserati cars required and the emission standards.

It should be noted that Maserati was not the only manufacturer to experiment with six- or even seven-valve cylinder heads. Yamaha later tried to refine this recipe. However, the Japanese quickly realised that this unconventional formula was too complex and required extremely expensive and unorthodox solutions that would never allow the engine to be put into production.