Shelby GT350 was an absolute sensation when it came out. Developed by the ingenious Texan as a homologation version of the SCCA-winning racer, it was by far the fastest Mustang the money could buy. That was great, especially for those who had the money. Starting at USD 4,311 (around USD 35,000 today), it would’ve been a tough purchase to justify for the average Joe who just wanted to have a spirited drive on the weekend. Fortunately for the said Joe, Hertz saw this as an opportunity and commissioned around 1,000 GT350s to offer for rent.

A three-way deal between Ford, Shelby and Hertz was bound to be beneficial for all parties. Hertz would set themselves apart with an exclusive service, whereas Ford and Shelby would use the rental program to woo prospective customers into buying their own Shelby GT350. 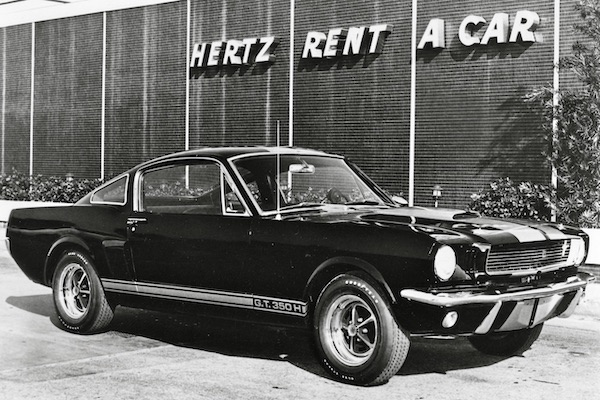 The GT350-H differed very slightly from the regular GT350
© Hertz 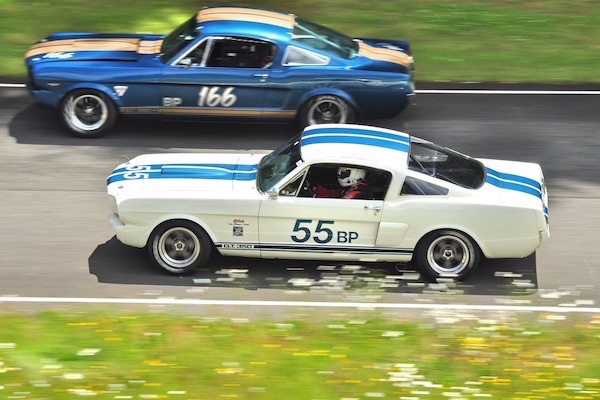 Of course, you are finally allowed to race your GT350-H if you buy one
© Jim Culp, Flickr

The program was named Hertz Rent-a-Racer. It was not too far from the truth, though. As a homologation special, GT350 carried a close resemblance to the SCCA racer, and the Hertz version only received slight modifications. The rental version was GT350-H, where H means “Hertz” and not “Hybrid”, obviously. Initially, the cars were painted in a Hertz signature Raven Black and Gold paint scheme, and received a metal hood and rear seats, whereas the GT350 had a fibreglass hood and no rear seats to shed some weight. But the Cobra-derived 289 cu in engine, front disc brakes and Shelby-tuned suspension were retained. It was essentially an SCCA-dominating race car for only USD 17 per hour and 17 cents per mile at select Hertz locations. 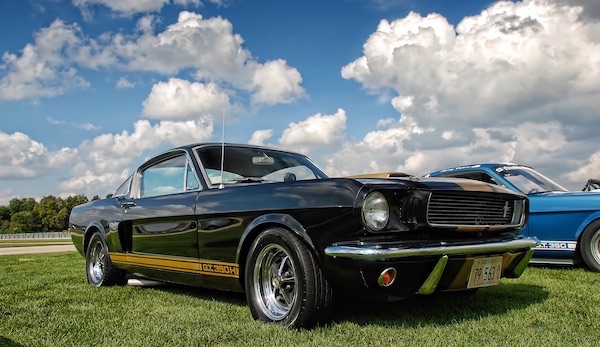 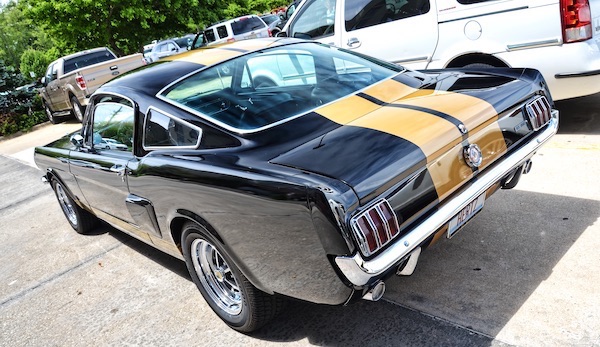 Being the first of its kind, Hertz Rent-a-Racer program was not without its hiccups. Although the engineers initially planned to have all GT350-H with a manual transmission, only the first 85 cars received a 4-speed stick shift. What Hertz couldn’t foresee was how ruthless their customers would be when driving the rental racers – the company would have to replace a worn-out clutch every fortnight. Another concession was made to GT350-H colourway – to streamline the production process at overstrained Shelby American facilities, a lot of the Hertz racers were painted in standard Shelby red, white and blue. They still retained GT350-H lettering, so a customer would’ve had a hard time convincing anyone they own the car.

Not only the customers couldn’t pretend the Hertz racer was theirs, but they also couldn’t race them. It’s somewhat ironic knowing the name of the program, but lending the Shelbys for racing was just too risky. Still, there are folk stories going around how some gearheads rented a GT350-H, took it to a track, put its engine in their own race car, raced, swapped the engines back and then returned the car back to Hertz. In a 2006 interview, Hertz’ Walter Seaman ensured you couldn’t get away with it back then, saying “Forty years ago when Hertz had the program, it was a little less controlled. We were very careful with a very detailed check sheet when the car was rented and returned. Some people thought they were getting away with a lot of things, but they ended up reimbursing us for damage.” 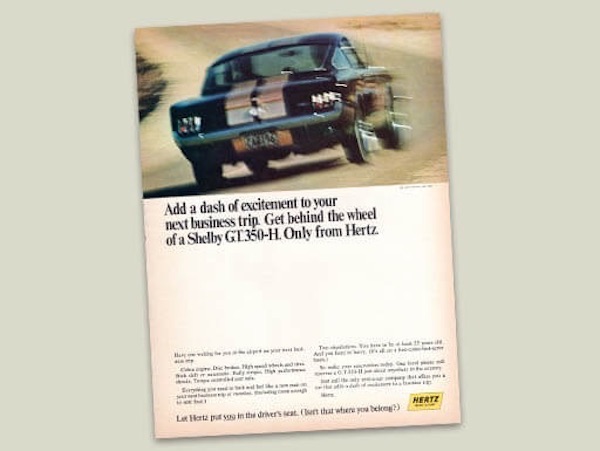 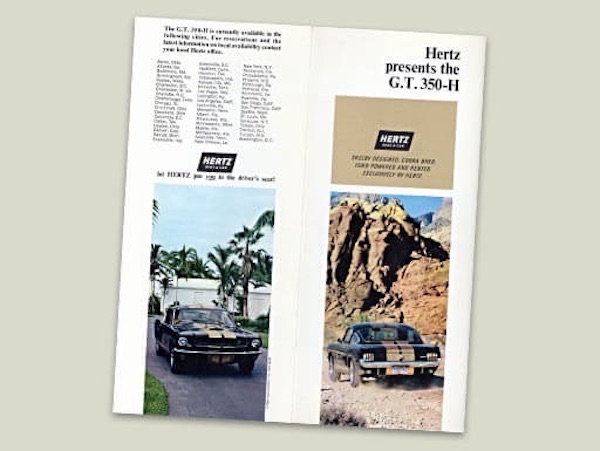 Due to intense use, the original Hertz racers did not remain in duty for too long and by the end of the decade, they were sold out to the public. As one would expect, quite a few of them did not survive to this day, making them a bit of a rarity. These days, GT350-H can easily fetch USD 150,000 when it goes for sale. 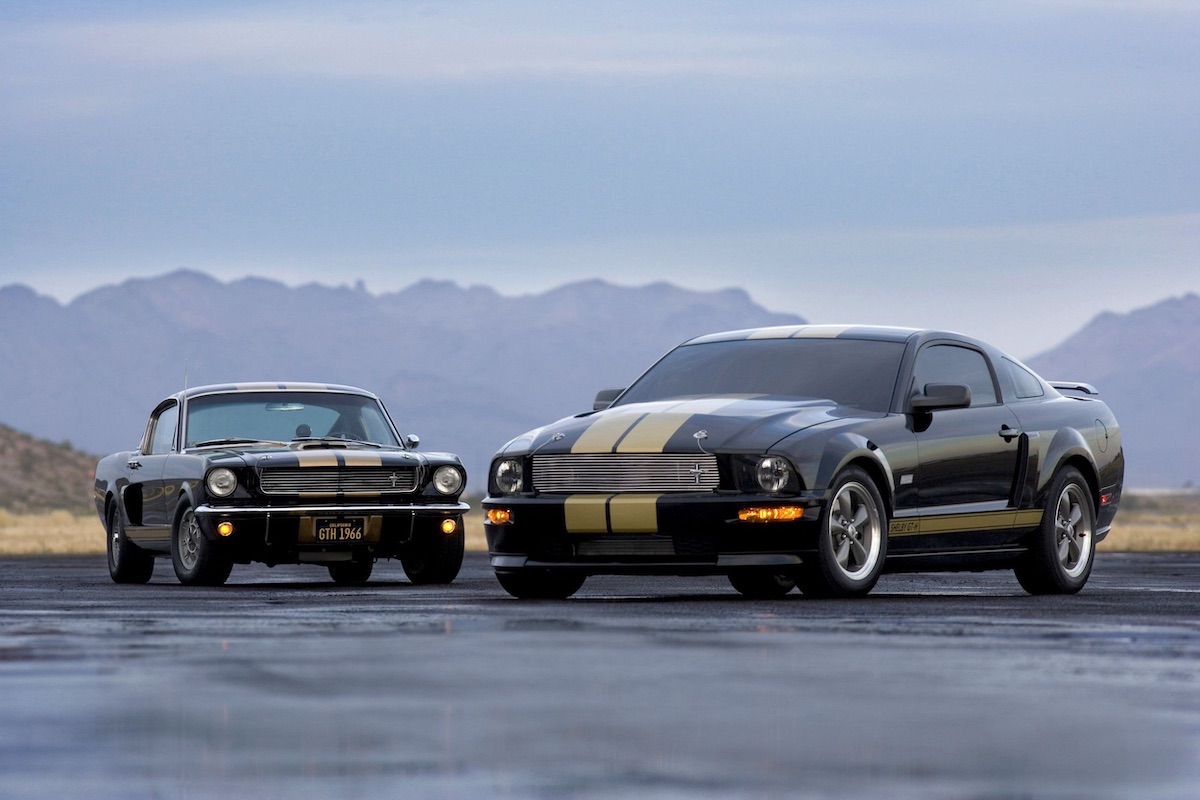 Hertz is proud of their Rent-a-Racer pedigree, so to mark the 40th and 50th anniversary of the program, they collaborated with Ford and Shelby again to produce the Shelby GT-H Mustangs, offered back in 2006 and 2016. But the influence of the original GT350-H goes much further than that – it pioneered the whole concept of renting out an amazing car, offered by many companies today. Hertz currently offers a selection of “Dream Cars” and “Adrenaline Collection”, a fleet of thrilling cars helping regular Joes of the world to get their sports car fix. 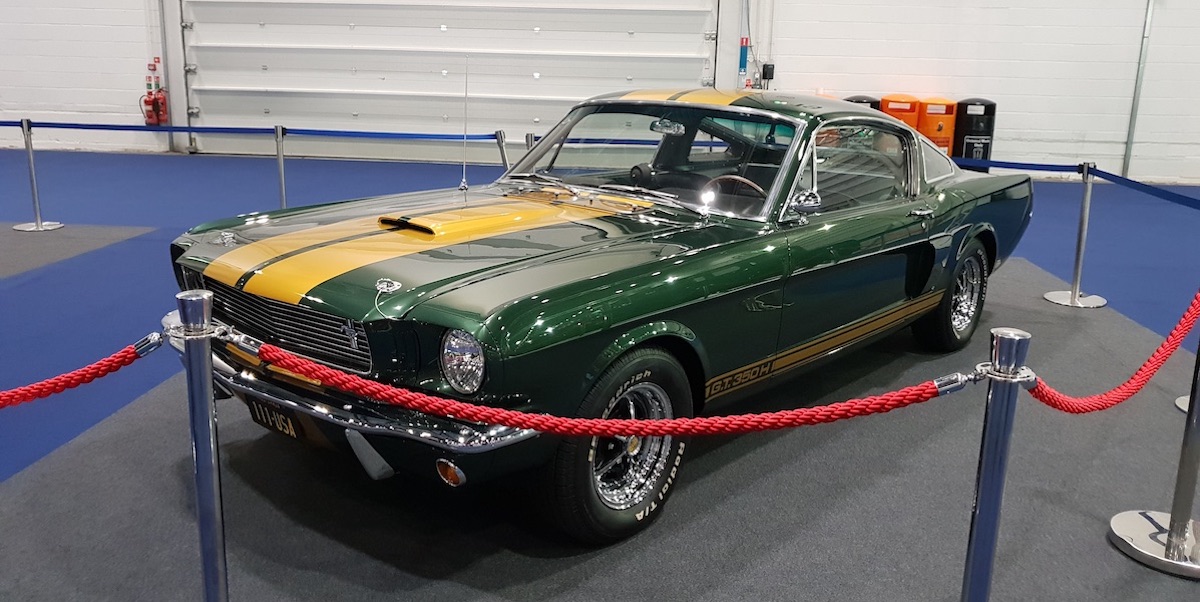