Ultra-compact, less than 4 meters long, weighing around 1,000 kilograms, powered by BMW 325i engine - this roadster had a seemingly perfect recipe that made many BMW enthusiasts excited. But there were more reasons why Z1 made in the late 80s found itself in the limelight of countless petrolheads.

You see, this handsome baby was not constructed for sunny Sunday morning rides. When BMW officially opened BMW Technik division in 1985, the company’s specialists got a very vital mission - to develop new technologies. In other words, labs on wheels that would allow taking any of the inventions and apply it in mass production.

Soon, freshly-settled workers surprised BMW executives by presenting their first project - BMW Z1. Although it did not resemble BMW cars of those days, it fits perfectly in the roadster’s family. 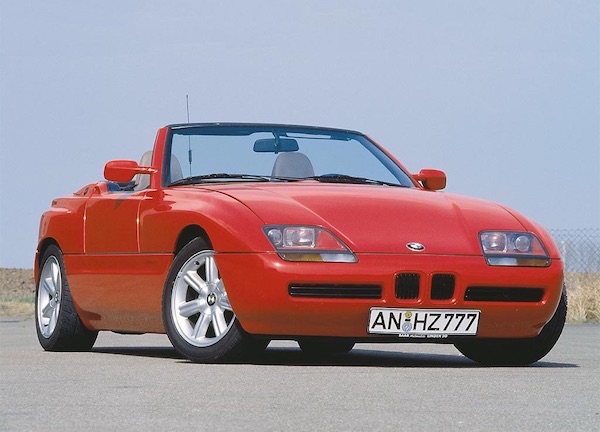 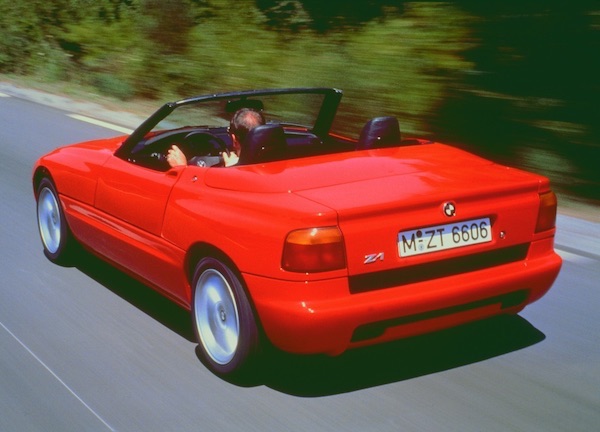 But what was most surprising about this division is the team’s tenacity. Only eight months had passed since BMW Technik opened its doors, but that was enough to prepare the first Z1 concept. After 12 more months, they already had a fully functioning prototype. Even these days, it is a rare phenomenon.

A new concept got a name unusual to BMW vehicles - Z1. Some sources claim that the letter Z is an abbreviation of Zunkuft (meaning “the future” in German language).

Other sources say that Z refers to Z-Axle, which is the name of the car’s polyhedron rear suspension that was later used in E36 gen third series BMW cars. 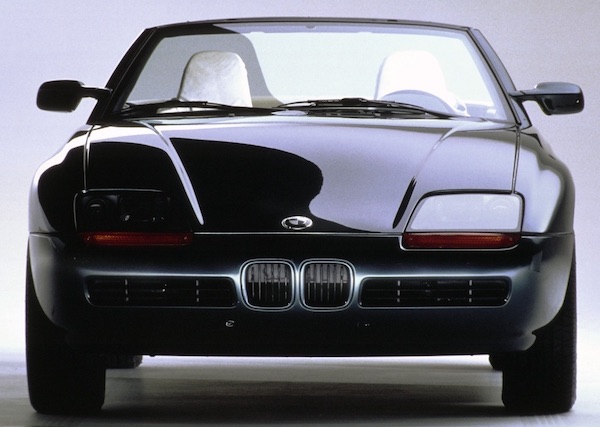 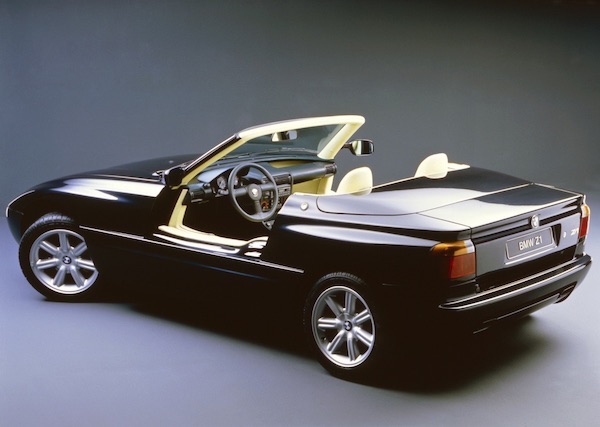 A patchwork of odd ideas

Reading every BMW Z1 review you will know it had multiple cool features and this should not surprise you. After all, BMW Z1 was created in a special facility with hard-working engineers that focused on a single thing - innovation. And that is something Z1 did not lack.

However, it is worth noting the strangest Z1 feature. We might even want to elaborate on it and name a few.

The first one is the possibility to dismantle the car’s body in 40 minutes. According to BMW reps of the time, this decision had to give Z1 owners more freedom to personalize the vehicle’s exterior. For example, if you do not like the engine’s hood, buffer or spoiler, it is not a problem. You simply take it off and replace it with whatever analogues you can find. It looked like coming from James Bond's cars, but actually Agent 007 drove BMW Z3 that was featured in GoldenEye movie in 1995. 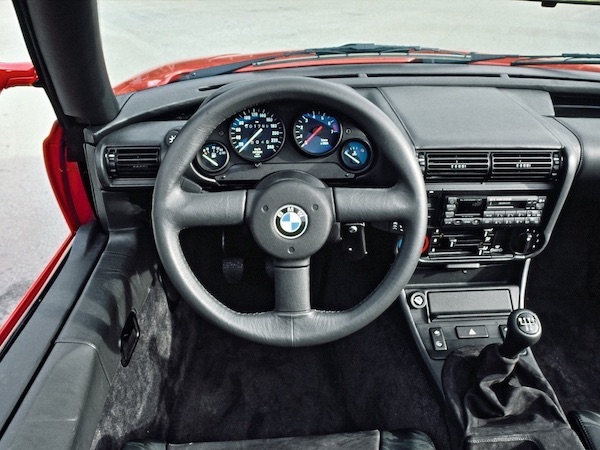 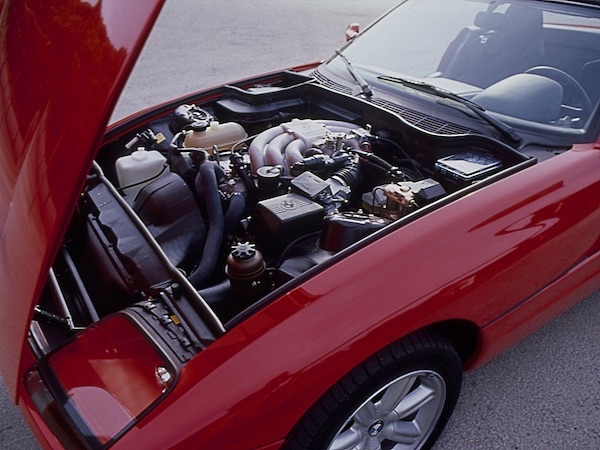 Another uniqueness is vertically sliding doors that would open and close momentarily. Engineers were honest when saying that they took the inspiration of unconventional door mechanism from Kaiser Darrin car presented in the 60s. Just like Z1, it also had sliding doors. The only difference is, Kaiser Darrin doors would slide horizontally, unlike in Z1 roadster.

Meanwhile, under the sleek hood, there was an engine that BMW fans are quite familiar with. It was a power plant named M20B25 that could reach 170 HP and 230 Nm torque. These parameters are not as impressive as they could be, but it was an ideal companion for Z1. At least by the standards of those days.

Nine seconds were enough to reach 100 km/h. The only car that could do better was the beloved II gen Volkswagen Golf GTI. However, it was not essential as the companies that worked on improving BMW regularly offered solutions that would enhance the engine’s power, or allow installing power plants of higher capacity. 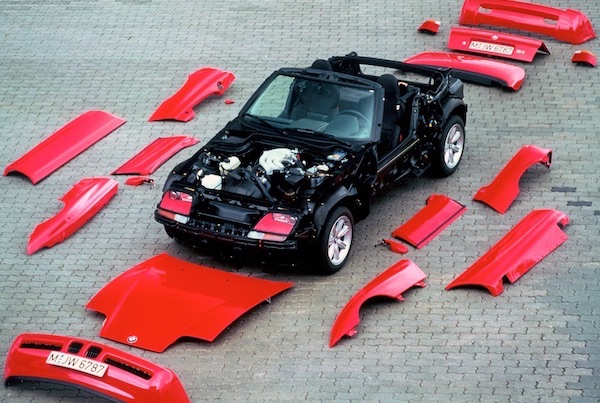 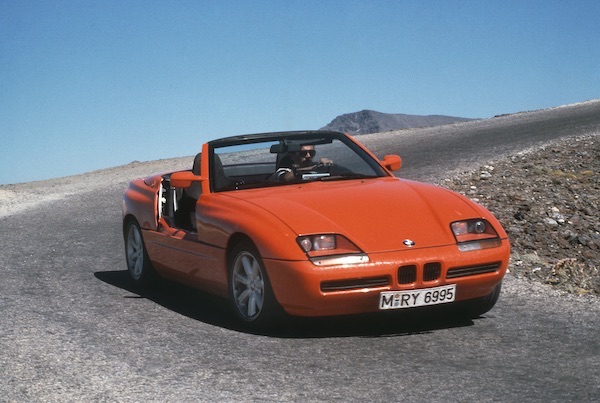 A serial production that has been delayed for a few times began officially in March 1989 and lasted a bit more than two years until July 1991.

One year before the start of serial production, BMW reps were glad to see so many pre-orders, which allowed purposefully planning the production.So, how many BMW Z1 were made? 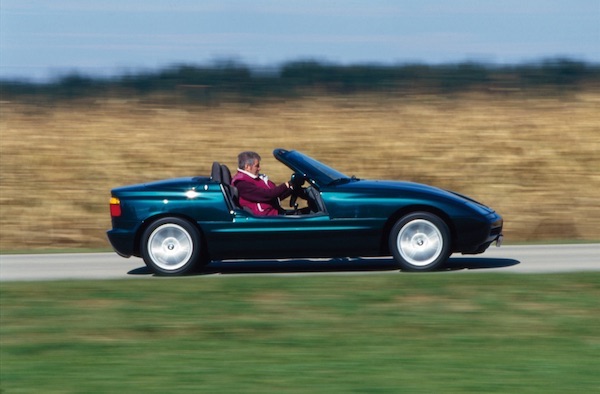 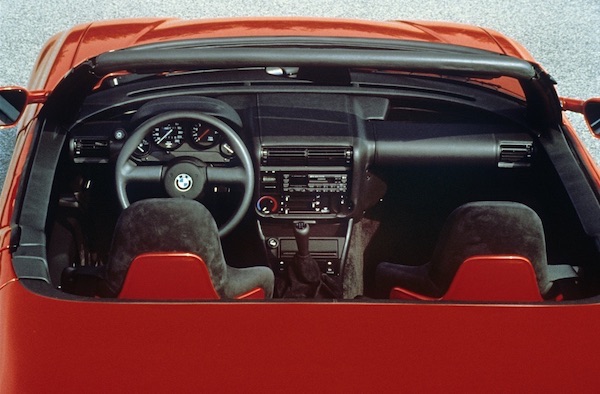 Over this short period, BMW produced only 8,000 Z1s. The vast majority of these roadsters (6443 units) were sold in BMW homeland Germany. More than half of all cars rode out of the factory in 1990 until one day in 1991, the production of charismatic Z1 was cancelled.