The Dyler’s Buyer’s Guide to The Alfa Romeo Montreal

The Alfa Romeo Montreal began life as a concept car at its namesake city’s EXPO ‘67 general exhibition. The 2+2 coupé was penned by Bertone’s Marcello Gandini - the man behind the Lamborghini Miura and later Countach - and its styling, a mix of Italian sprezzatura and North American muscle, captured the imagination of car enthusiasts globally. In 1970, the first production Montreal was revealed at the Geneva Motor Show.

Upon its unveiling, Alfa Romeo enthusiasts who had fallen for the Montreal concept three years prior were not left disappointed by the good ladies and gentlemen working at Alfa HQ in Milan. 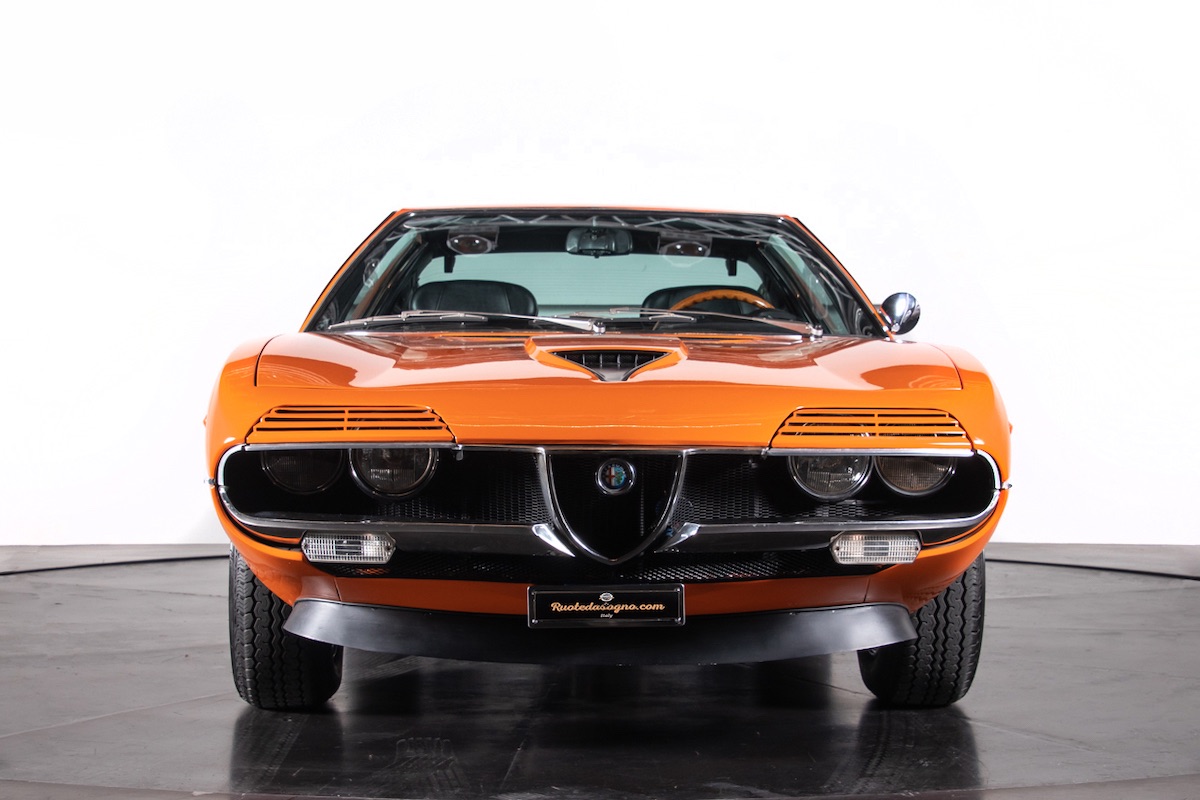 During the transition from concept to production car, Gandini had retained the fastback body and other stylistic elements which set Alfa’s GT apart from the contemporary Jaguar E-Type and Porsche 911.

The unusual grilles over the front headlights which retracted when the lights were turned on were kept, whilst the six slats behind the doors housing the cabin vents also remained, as did the low-drag air intake on the Montreal’s expansive bonnet.

Despite Alfa Romeo keeping the Montreal’s aesthetics largely the same as those showcased on the 1967 concept, the production model was vastly different in terms of mechanicals. 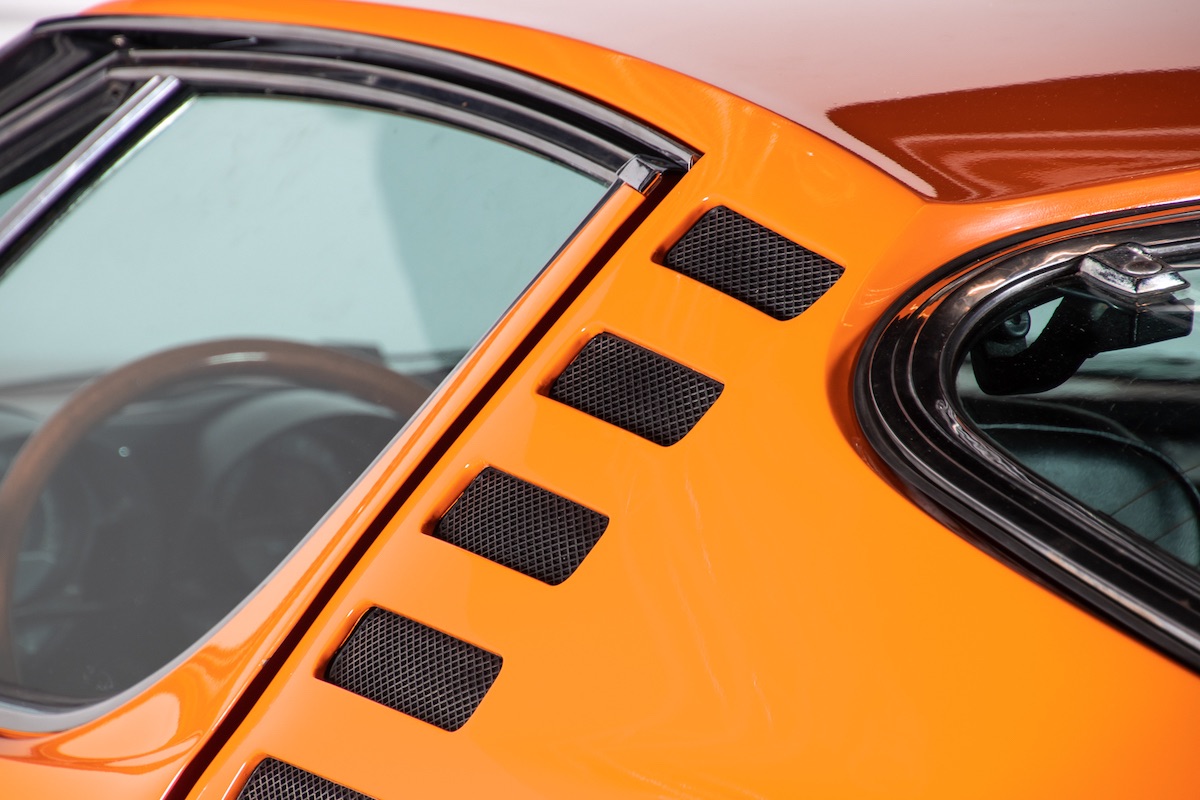 Despite looking sporty, the slats behind the cabin were largely for show and designed to keep the cabin ventilated
© Ruote da Sogno

The concept car was powered by the 1.6-litre engine from Alfa’s sports saloon, the Giulia TI. Meanwhile, the production Montreal was powered by a 2.6-litre cross-plane, fuel injected V8 which produced a respectable 197bhp.

This motor was derived from the 2.0-litre V8 that powered the Alfa Romeo 33 Stradale sports car, and the Tipo 33 - an Alfa Romeo sports racing prototype that took multiple motorsport titles across the world for the Italian manufacturer from 1967 to 1977.

Mated to the five-speed gearbox that Aston Martin fitted to its DBS coupe at that time, the race-car inspired Montreal is good for a zero-to-60mph time of 7.6 seconds, despite a weight of 1,270 kilograms. 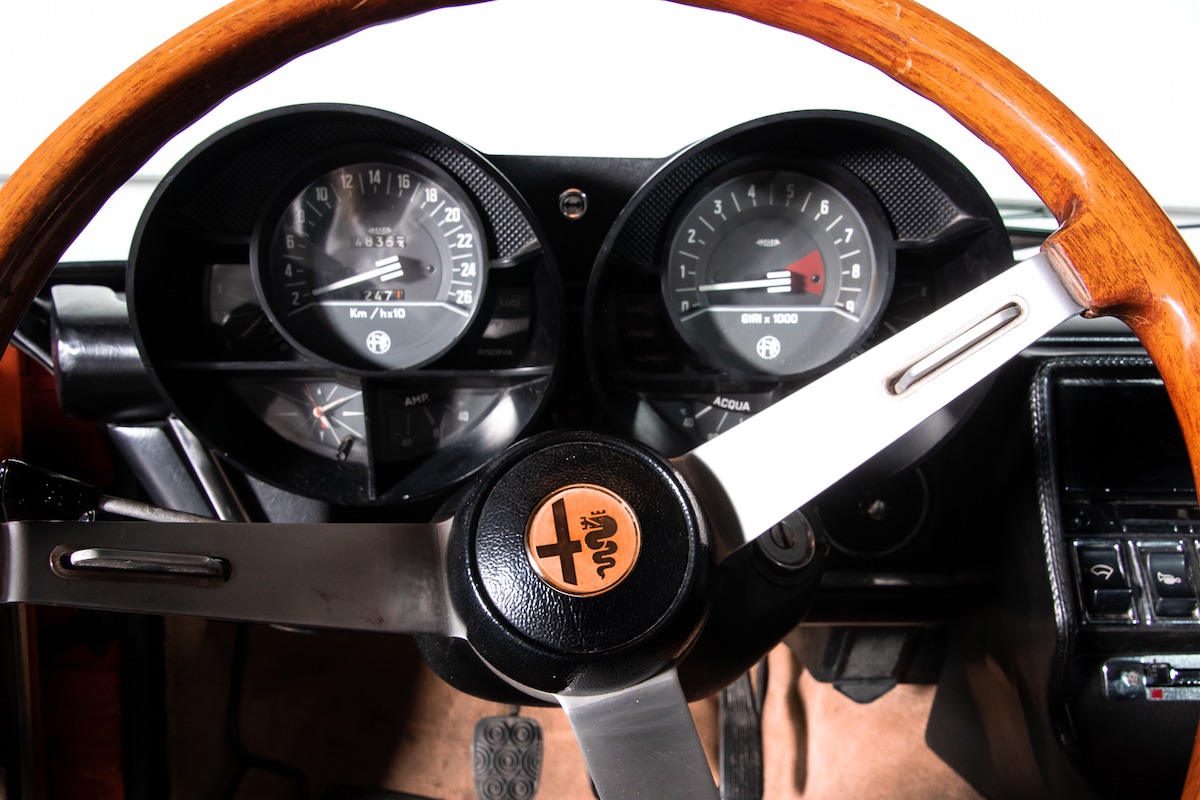 What’s It Like Living With an Alfa Romeo Montreal?

The Alfa Romeo Montreal was in production from 1970 to 1977 and has always been a rare bird. During its seven-year production cycle, only 3,900 Montreals were built, with the majority of these being produced for left-hand-drive markets. Meanwhile, a handful of 180 cars were made for right-hand-drive audiences.

In one of those Just Italian Car Things quirks that nobody can really explain, Alfa also fitted RHD models with a wider-yet-thinner steering wheel, which made getting in and out of the cockpit a little tricky.

Speaking to Dyler.com from their base in Italy’s Reggio Emilia region, exotic car specialists Ruote da Sogno explained why the Alfa Romeo Montreal still makes the hearts of classic car enthusiasts flutter more than 50 years since it was introduced to the public. 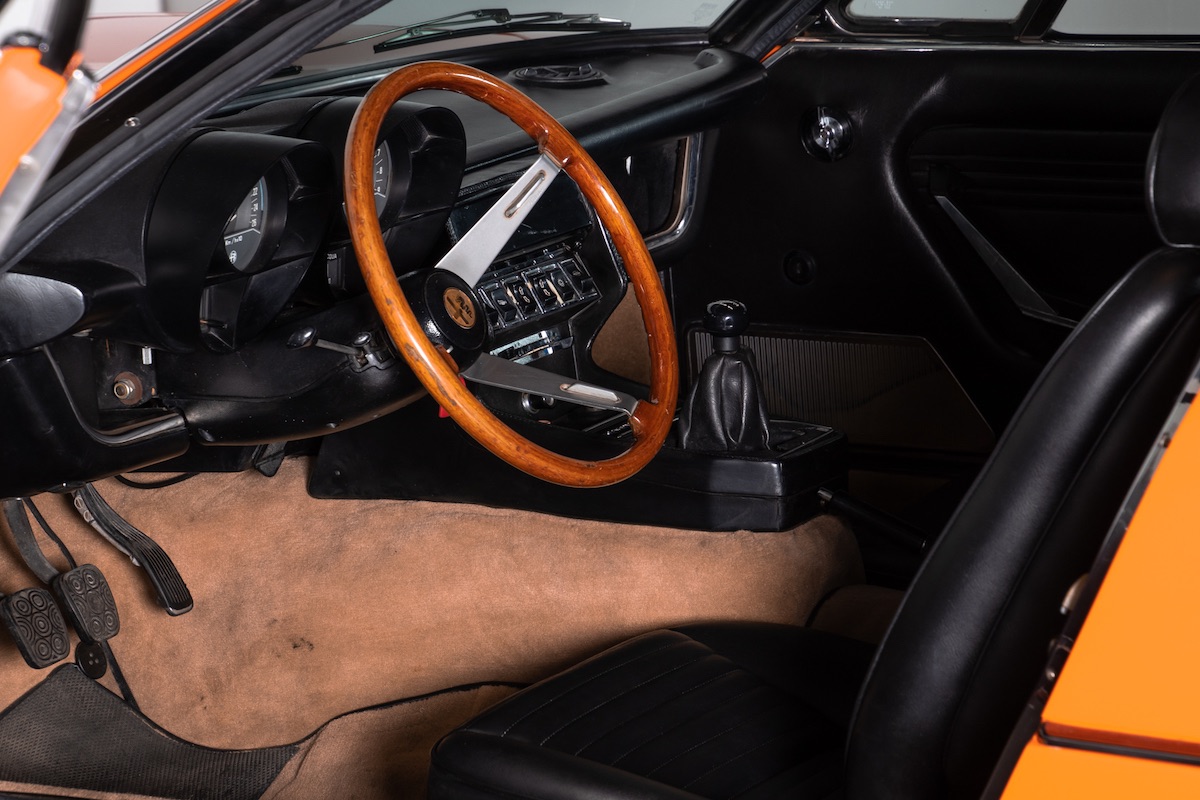 “The centrepiece of the Montreal is its 2.6-litre V8,” said Ruote da Sogno’s Petru Moldovanu. “It was developed by Carlo Chiti, one of Italy’s leading race car and engine designers who in 1961 had moved from Scuderia Ferrari to head-up Autodelta - Alfa Romeo’s racing division.

“You can really feel the influence that the company’s motorsport department had on the engine because even now, the V8 is fluid in its power-delivery and it still feels quick - not just for its time, but quick in general. The five-speed ZF gearbox still also feels snickety and contributes to the Montreal’s overall feeling of being a car that was engineered by a group of people who knew how to make a car go fast with minimal fuss.

Moldovanu added that whilst the running gear fitted to the Montreal along with the absence of power-assisted steering does not make for a sports car-esque driving experience, it does make the big Alfa feel like an accomplished European Grand Tourer.

“At almost 1.3 tonnes, the Montreal is a heavy car with a live-rear-axle and a double wishbone suspension which is quite soft. As a driver, this translates into some body roll and scuttle over bumps,” he continued. “However, if you treat it as a GT and remember that the Montreal is not designed to go around corners quickly, it’s a pleasant experience made even more pleasurable by that sonorous, race car-inspired V8. 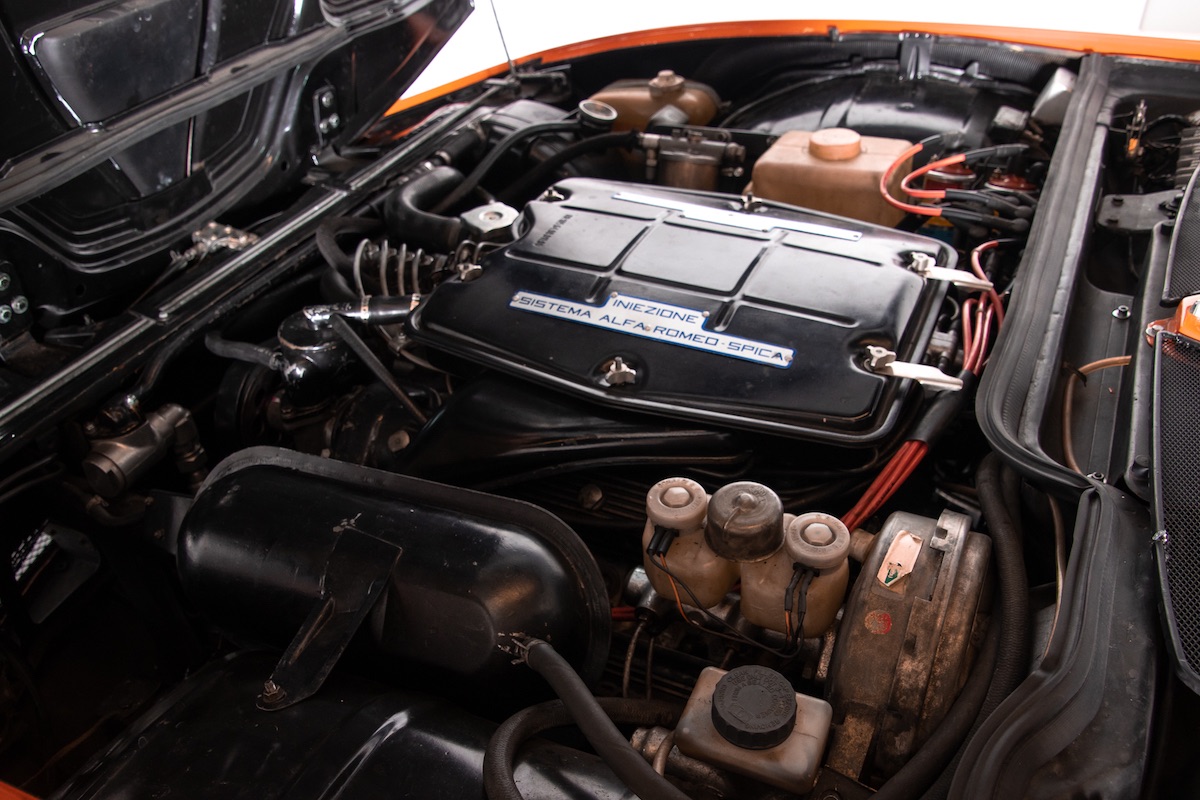 “The lack of power-steering is also something that contributes to being behind the wheel of a Montreal. Its steering is heavy, but it lightens when you’re moving and irrespective of the speed, you feel fully engaged as a driver.”

Despite its great looks and its symphonic engine note, don’t forget that the Alfa Romeo Montreal is an Italian car which can be anything from between 43 to 52 years old.

Whilst Moldovanu describes Montreal as “robust,” he does advise that there are a few points to consider ahead of buying one. 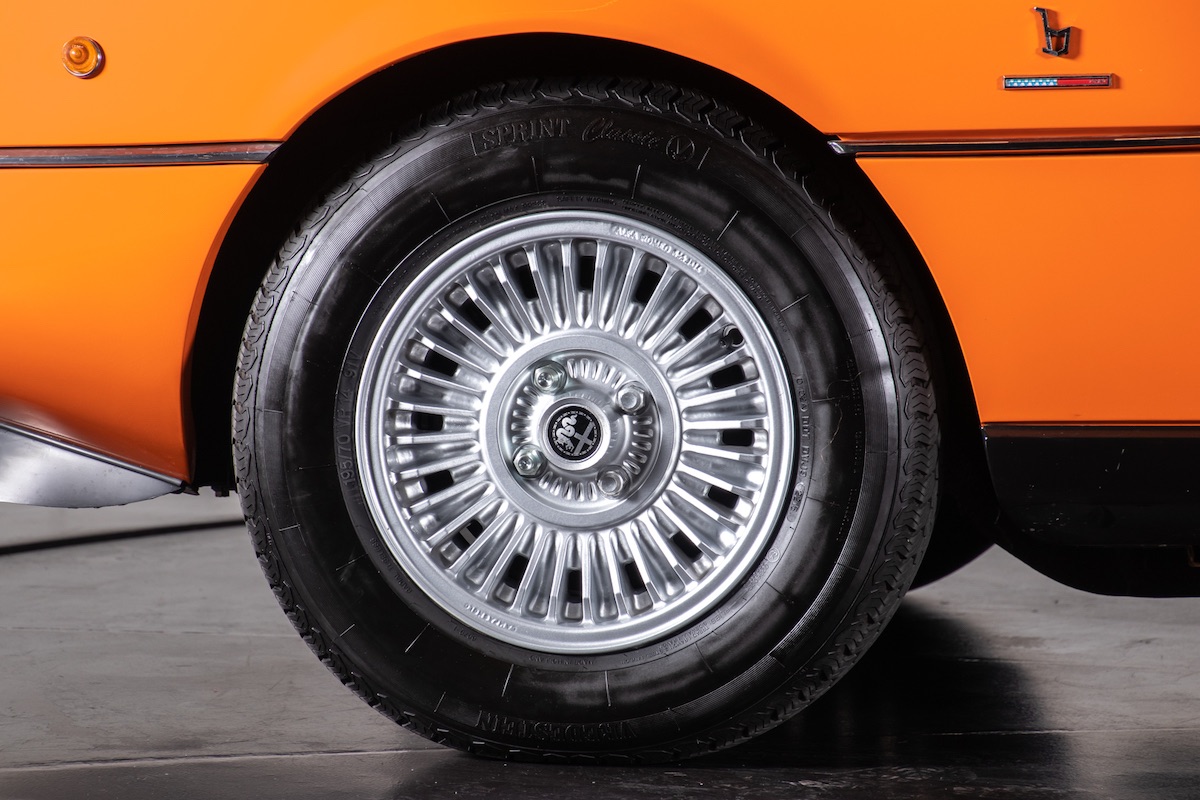 “As I said, the Montreal is a heavy car at almost 1.3 tonnes,” he continued. “The original brakes fitted by Alfa Romeo are not particularly well-adapted to a car of this weight. This isn’t to say they are bad, but for your peace of mind, we would recommend that you upgrade these yourself or look for an example with new brakes when you’re carrying out your search.” 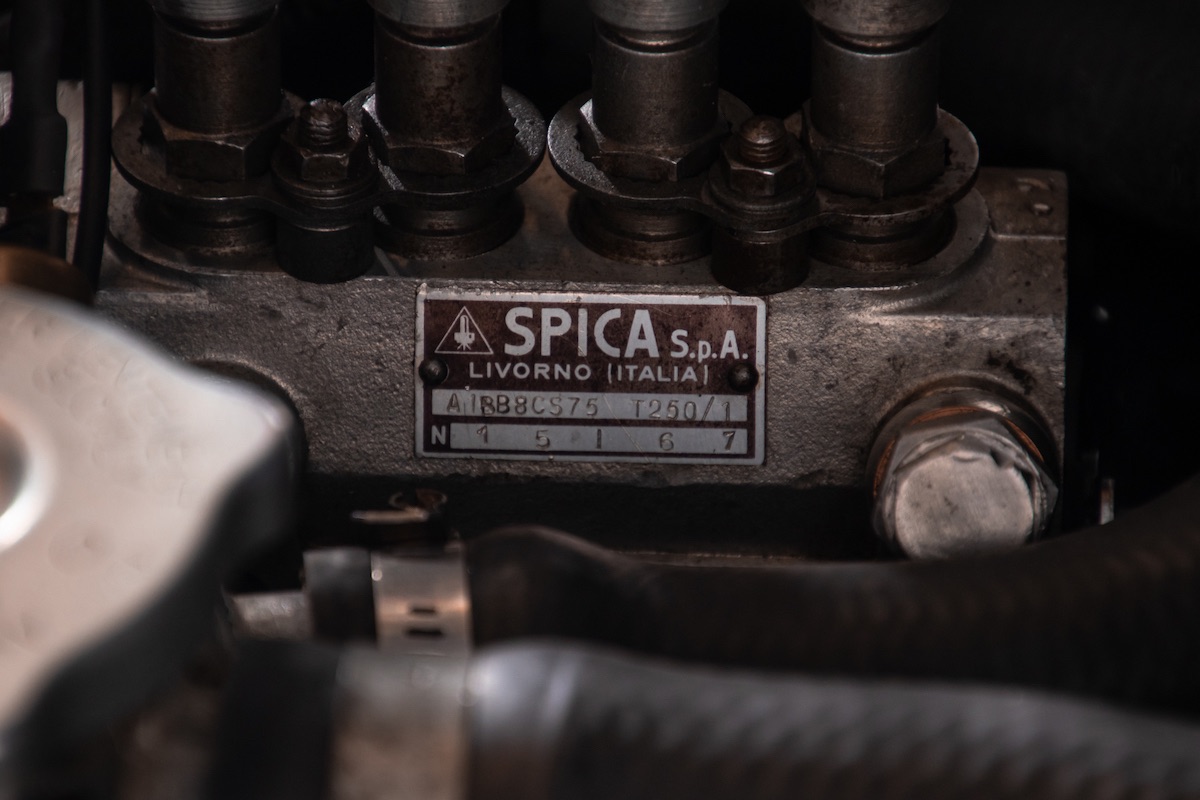 “The V8 is fitted with a mechanical SPICA (Società Pompe Iniezione Cassani & Affini) fuel-injection system, which is still quite a technical piece of kit and will require specialist assistance if it goes wrong. As a way of avoiding a clogged fuel injector, the best thing to do is go for regular drives.

“Once you’ve found a Montreal you are interested in buying and go to view it, we would also recommend you take a look at the state of its cooling pump seal, which can leak and cause oil and water to mix.”

As a final piece of advice, it is also worth noting that the Montreal has quite a thirst and will return around 18 miles-per-gallon. In today’s money, this can be considered anything from “not great” to “extremely poor”. As with any classic car powered by a thumping V8, do ensure that you can afford the running costs. 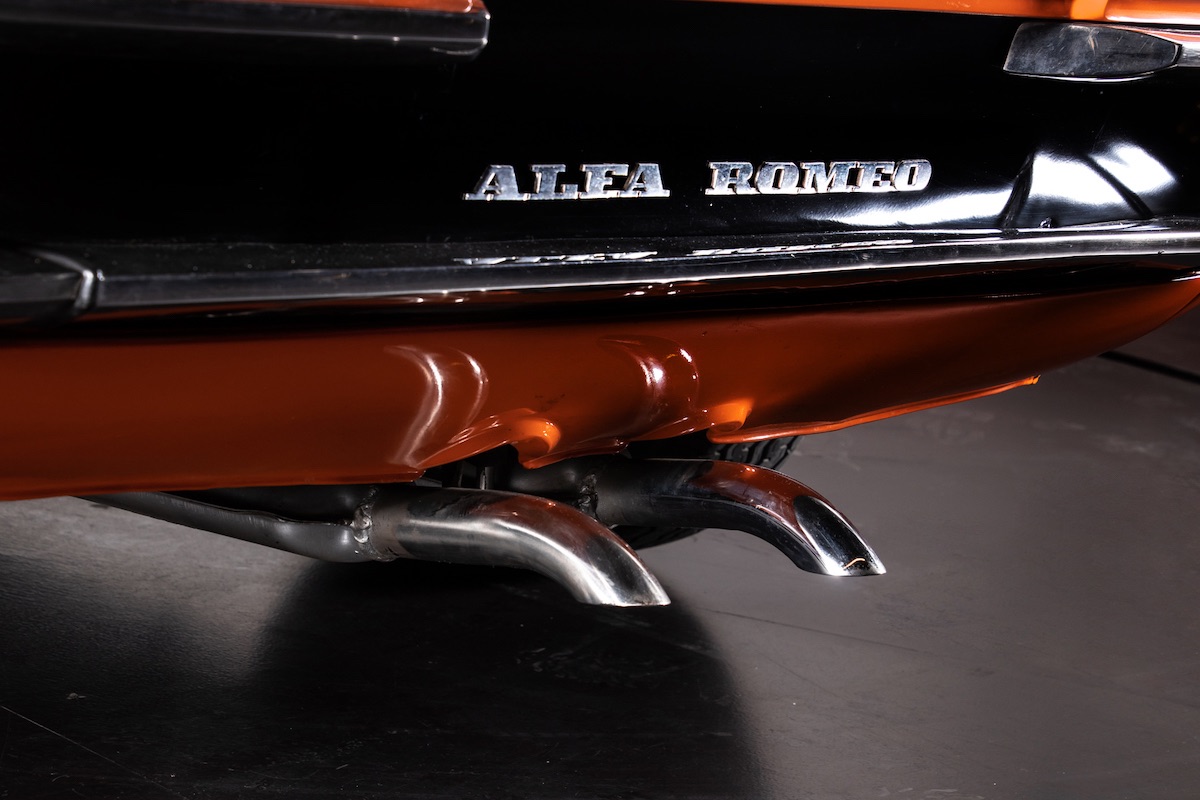 Like any V8-powered car from the 1970s, the Alfa Romeo Montreal has a thirst on for fuel at 18MPG
© Ruote da Sogno

The Alfa Romeo Montreal in Conclusion

The Montreal has always been an expensive car. When it launched, it was priced at £5,077 which was both more than the contemporary Jaguar E-Type and the Porsche 911.

In recent years, the Alfa Romeo Montreal has become a great example of supply and demand economics. It has always been a rare car, and as its numbers continue to fall, its value has risen - one owner explained to the Goodwood Breakfast Club that the value of his car jumped from £12,250 when he bought it in 2008 to £66,000 in late 2019.

To conclude, Moldovanu described Alfa’s V8-powered tour de force as a “precise, elegant, robust and pleasant” thing. Yet with prices starting around £50,000 upwards, expect to add “very” and “expensive” to this list of adjectives in the coming years. 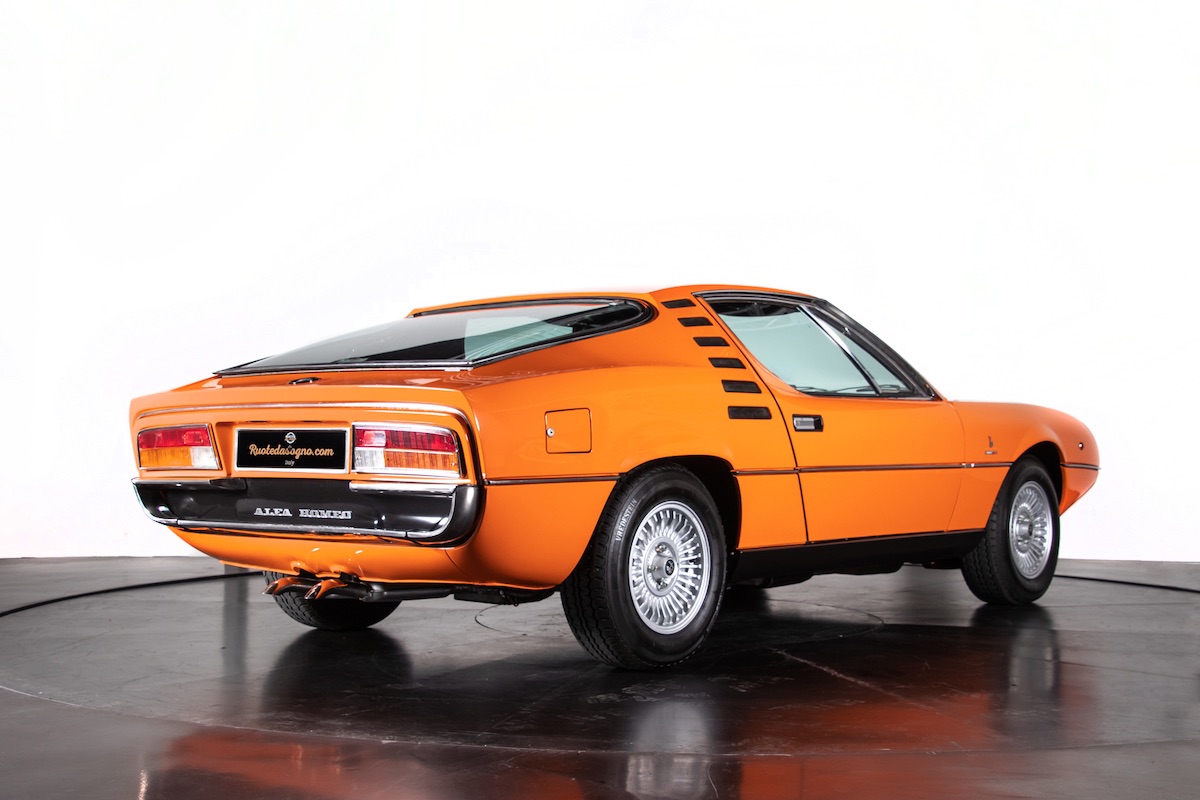 Growing in rarity and climbing in price, the Alfa Romeo Montreal is a classic car that’s pleasant to own, great to look at, and rarer than any contemporary Porsche 911 or E-Type
© Ruote da Sogno

To take a look at the Alfa Romeo Montreal models listed on the Dyler website, please follow this link. For the full-range of automotive exotica available from Ruote da Sogno, this link will take you to their website.