This Week in Cars: You’ve Seen the Interiors - Now the Mercedes-Benz C63 AMG Meets the Maserati Shamal and Five Other Youngtimer Classic Performance Cars From the 1990s

You may have noticed that recently, we looked at 10 of the best modern classic car interiors around today. With that in mind, surely it makes sense to look at what a handful of the cars they are fitted to...

...well, that’s exactly what our latest edition of This Week in Cars is about! 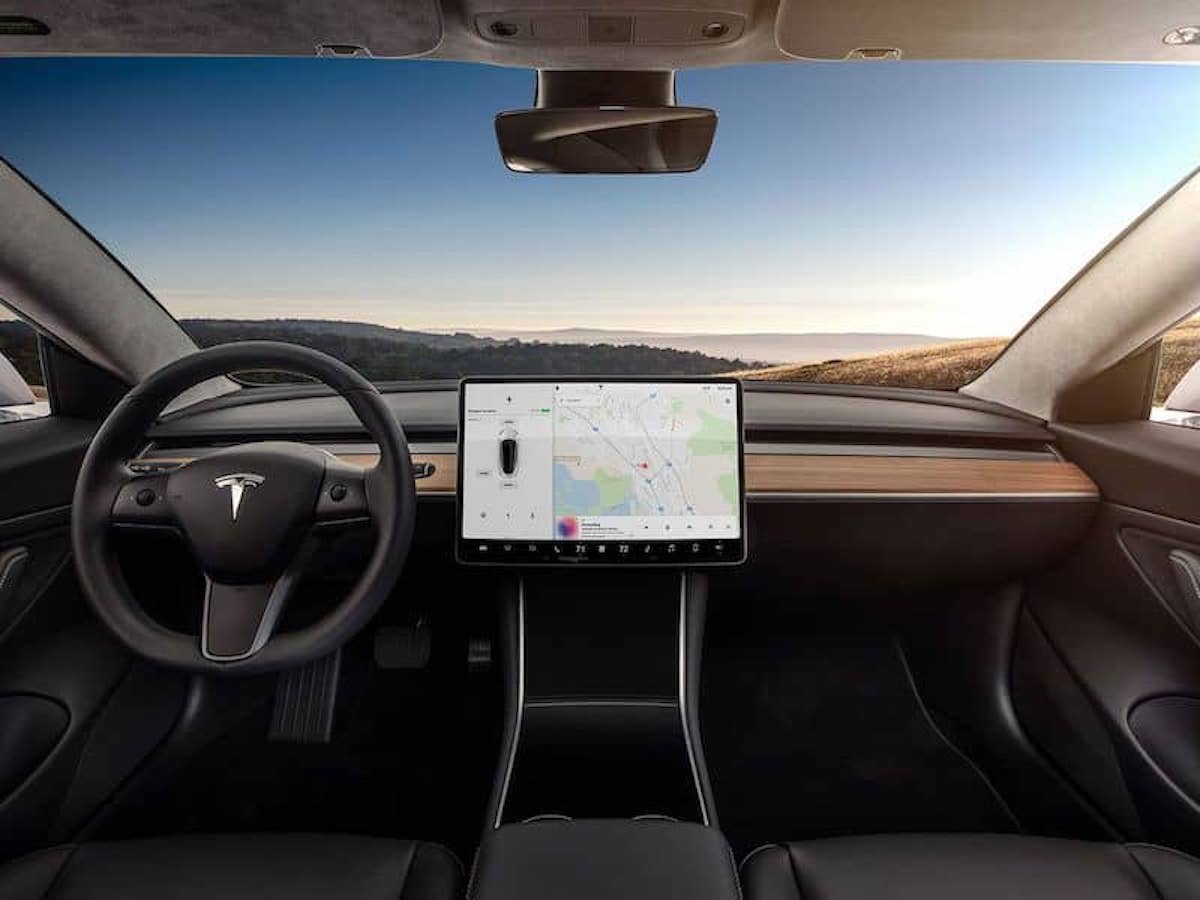 If this sort of thing - both Teslas and touch screens - upsets you, scroll on - this story will cheer you up!
© Tesla

Scroll down to take a look through five of our favourite modern classic cars that look just as good on the outside as they do inside!

What’s more, they’re all for sale on Dyler! If you’re interested in buying any of them, all you have to do is click right here to get searching... 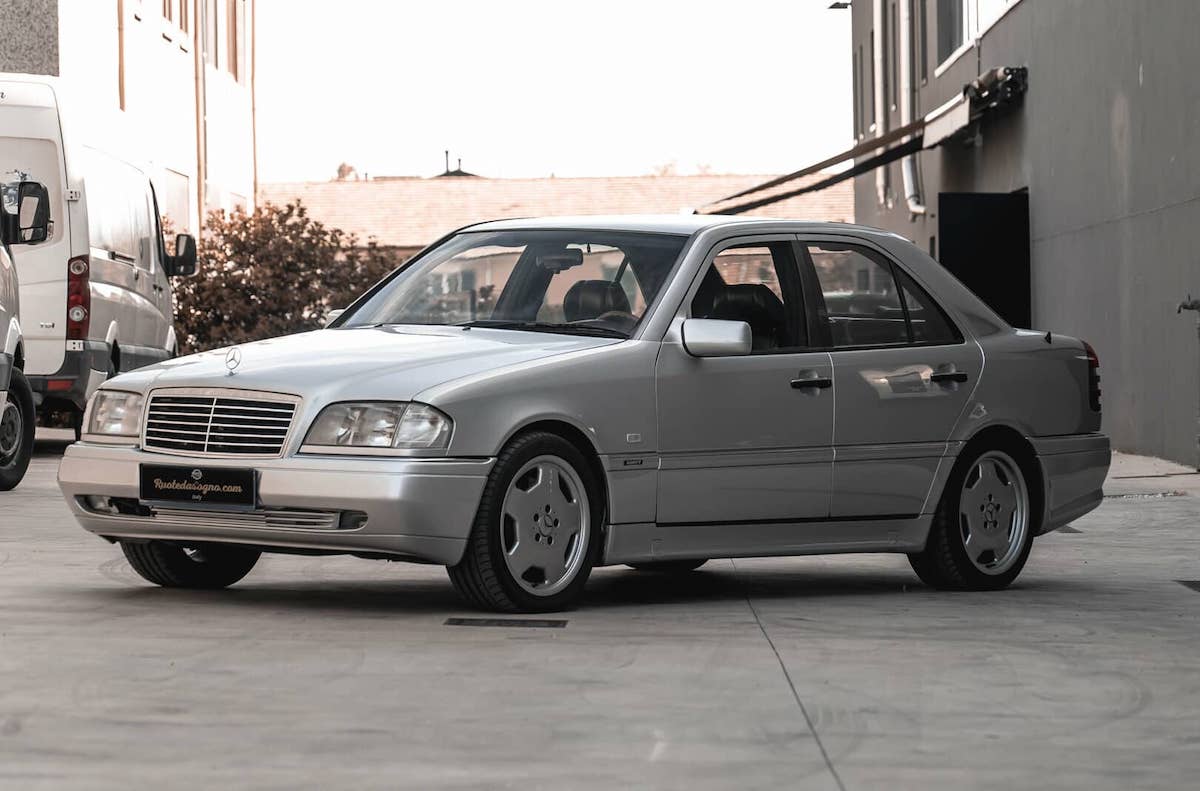 Subtle, dependable, and fast, the C 36 is everything that an AMG Mercedes should be
© Ruote da Sogno

Launched in 1993 for the 1994 model year, the Mercedes C 36 AMG was the first ‘official’ collaboration between Stuttgart and AMG - think of it as AMG Merc Zero. The C 36 was based on the then-most powerful W202 C Class at the time, the C280 Sport. Aimed firmly at the BMW E36 M3, AMG took the factory C Class and thoroughly reworked it to create one of the finest Q-cars of the 1990s. Alongside the W202’s already subtle, stout, and dependable nature, the rear-wheel drive C 36 AMG won many fans thanks to its 3.6-litre, straight-six motor which put out 280bhp, AND an impressive top speed of 155mph. It would also go from 0-62mph in what’s still an impressive 6.7 seconds. By the time it was replaced by the naturally aspirated, 4.3-litre V8-powered C 43 AMG in 1997, just 5,221 C 36s had been made. 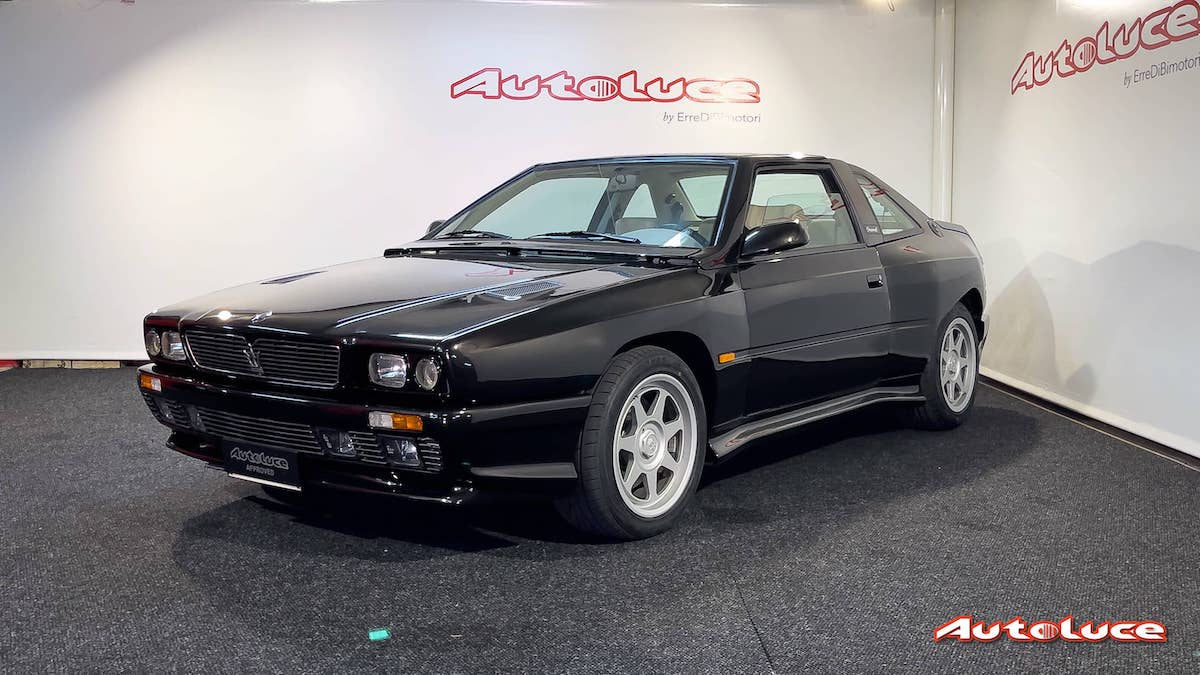 The Shamal was the predecessor to the beautiful Maserati 3000gt, and it is one of the most sought after modern classic cars with the trident logo around today
© AutoLuce

Just look at it. If you had to define THE European muscle GT of the early 1990s, there are not many things that can compete with the Maserati Shamal, are there? Released in 1990, the front-engined, rear-wheel drive Maserati Charles Leclerc (editor’s joke, sorry!) was powered by a twin-turbo, 3.2-litre V8 taken from the Maserati Biturbo. Incidentally, Maserati was absolutely flat out skint at the time, so the Biturbo lent its doors, basic bodyshell, and interior to the Shamal, too. By the time production ceased in 1996, Maserati had produced just 369 of its Marcello Gandini-designed Shamals; a figure which equates to 61 per-year. 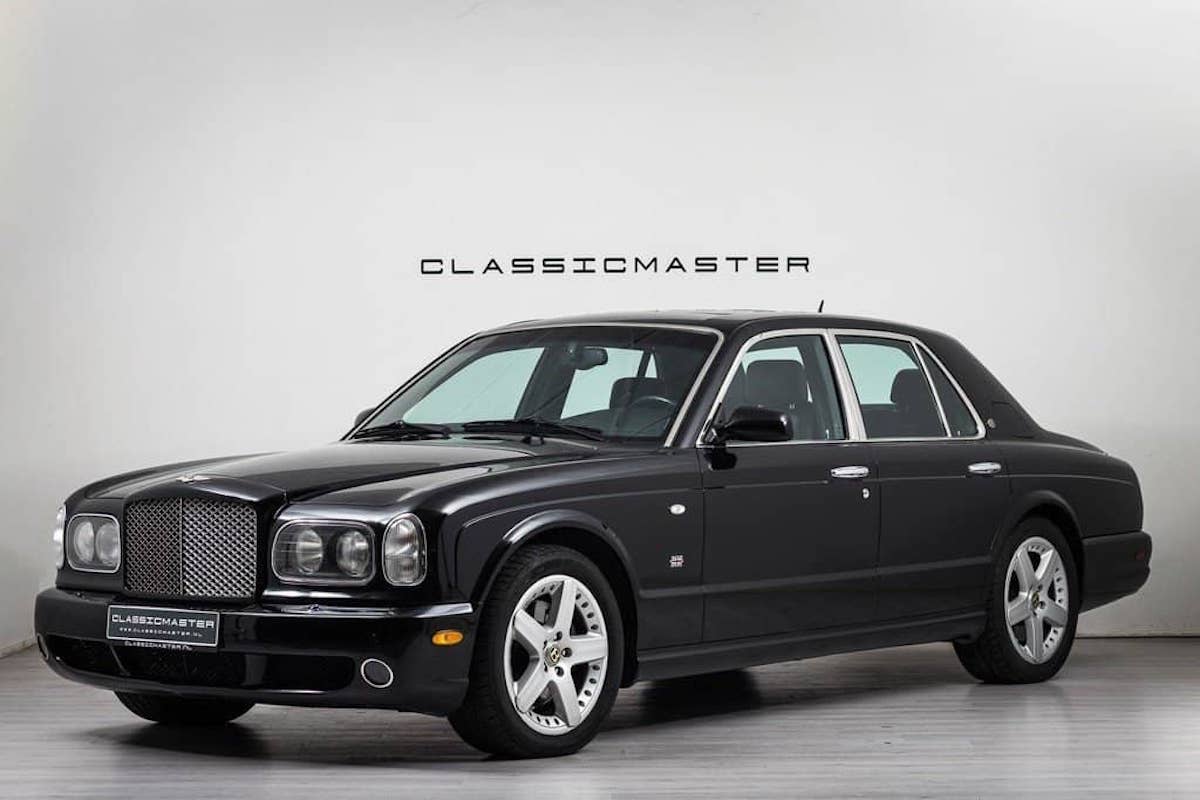 Fast, brutal, and not very subtle at all, the Bentley Arnage T is very much a modern classic car
© Classic Master

Described by one of our Facebook users as “Blenheim Palace that can powerslide,” the Bentley Arnage is one of the most, well... British British modern classic cars for sale today. The sporty Arnage T - the very 2003 car you see here - looks like the steal of the decade. It produces 457bhp from its 6.8-litre V8, which makes 645lb of torque; an enormous amount capable of spinning one of the four main moons of Jupiter. Open one of its weighty doors, and it’s an absolute masterclass in leather, wood, and metal - think steampunk meets your local Conservative club, and you’ll not be too far wrong. The only thing to be aware of is running and maintenance. Whilst £50k is not a lot of money for a brutish, luxury car of this standard, expect to have four-figure running costs to accompany all of the tyre-smoking opulence that comes with it. Still, your bank manager is a nice person, right? 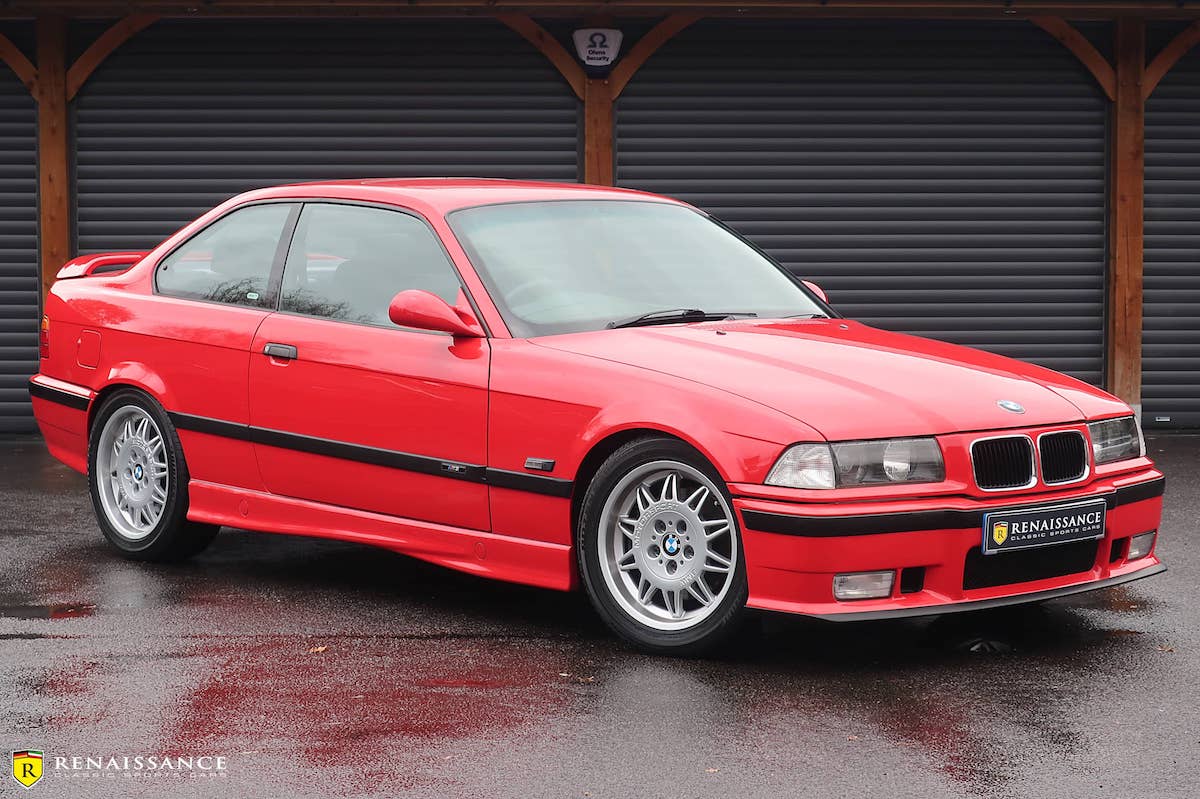 It may be the middle child between the BMW M3 E30 and E46, but the E36 should in no way be overlooked
© Renaissance Classics

In terms of classic iterations of the BMW M3, the E36 sits comfortably between the much-loved E46 and the original E30. As the middle child in the M3 family, it’s also - unsurprisingly - the most overlooked. However, middle child status makes the E36 M6 a relative bargain. In production from 1992 to 1999, the E36 was also the first M3 to be offered as a four-door saloon. It was also the first M3 to be fitted with BMW’s now-legendary 3.0-litre, straight-six S50 motor. The engine in question produced 286bhp, and an upgrade in late 1995 saw power boosted to 316bhp. 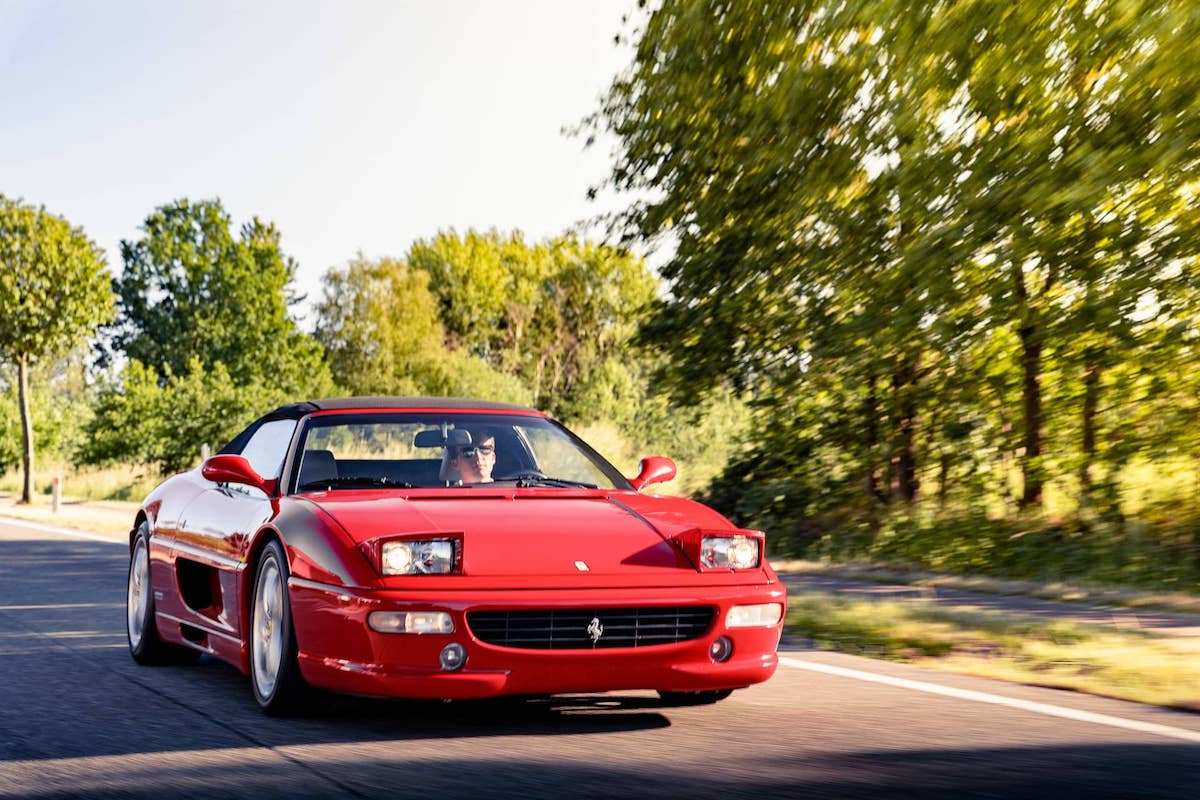 Undoubtedly one of the greatest ever cars from Maranello, the F355 is Ferrari at its brilliant best
© Belrose Classics

Widely considered to be one of the greatest Ferraris of ever, the F355 heralded a new era for mid-range, V8-powered sports cars from Maranello. A huge step forward over its predecessor, the lacklustre 348, in terms of just about everything, the 355 showed the world that a Ferrari could still provide thrills a plenty, without the scariness or sketchy build quality. Had Ferrari not worked its magic with the 355, it’s likely there would be no 360, and there would be no 458 Italia - possibly the greatest Ferrari to come out of the 2010s. That’s right, the 355 was such a key car for the Prancing Horse, its influential DNA can still be felt in its cars more than two decades since it went out of production.