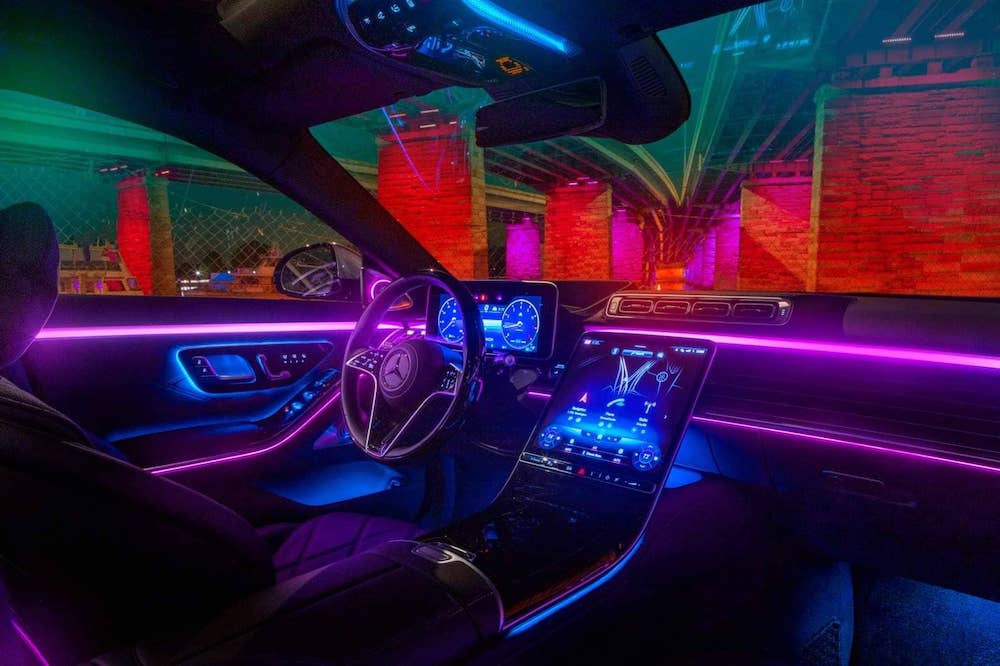 The modern car world is a strange place. On one hand, cars are safer, and more technologically advanced than they ever have been since the world’s first “proper” road car wobbled out of Carl Benz’s garage in 1886.

On the other hand, cars are bigger than ever, more expensive than ever, and packed with more useless gimmicks and options than ever.

… and speaking of useless shit in cars, at Dyler.com we’ve been plowing through our car brochures (sustainably downloaded in PDF format, of course!) to find some of

the stupidest gimmicks and option extras currently doing the rounds in the car world - here are some of the worst offenders! 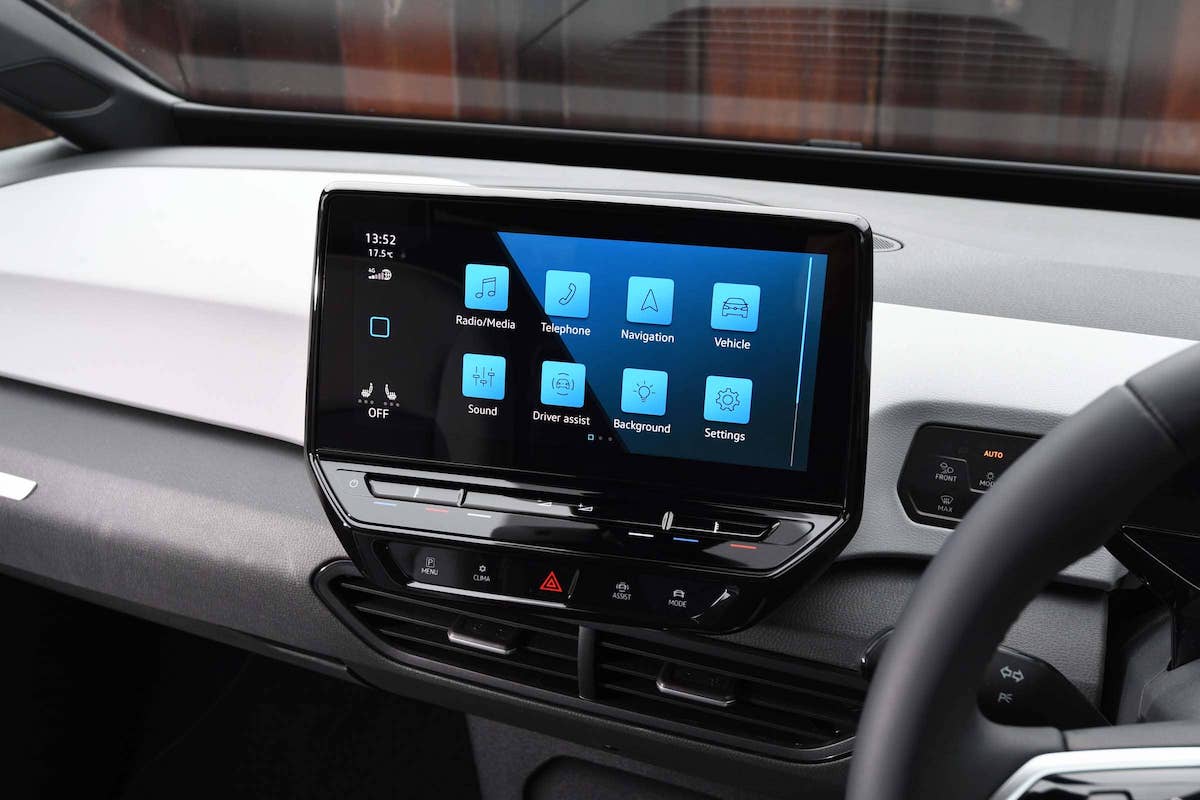 Dear The People at VW - you had one task
© Volkswagen Newsroom

Don’t get us wrong, touchscreens and haptics are not always a bad thing. In the Polestar 2 these work beautifully, and the same can be said for those found on Tesla Model 3. However, touchscreens and haptics are mostly useless, with the Volkswagen Group being the worst offenders. The infotainment system found in the all-electric ID.3 and ID.4 has taken enough of a shoeing from the motoring press for its laggy nature and lack of logical structure. We’re not here to carry that on. However, it’s VW’s replacement of a physical button for the air conditioning with a haptic - and a haptic that doesn’t work properly! - that doesn’t make a lot of sense. This poorly engineered feature sees you jabbing at a surface area with little-to-no response, and when it’s finished lagging and does what it’s supposed to do, the temperature shoots up to make you either extremely hot, or absolutely freezing. This, of course, is if you haven’t crashed as you’ve had to take your eyes off the road. This nonsense and/or potential death would have never happened with a regular button.

Automatic Gearboxes And Swathes Of Screens In Hot Hatches 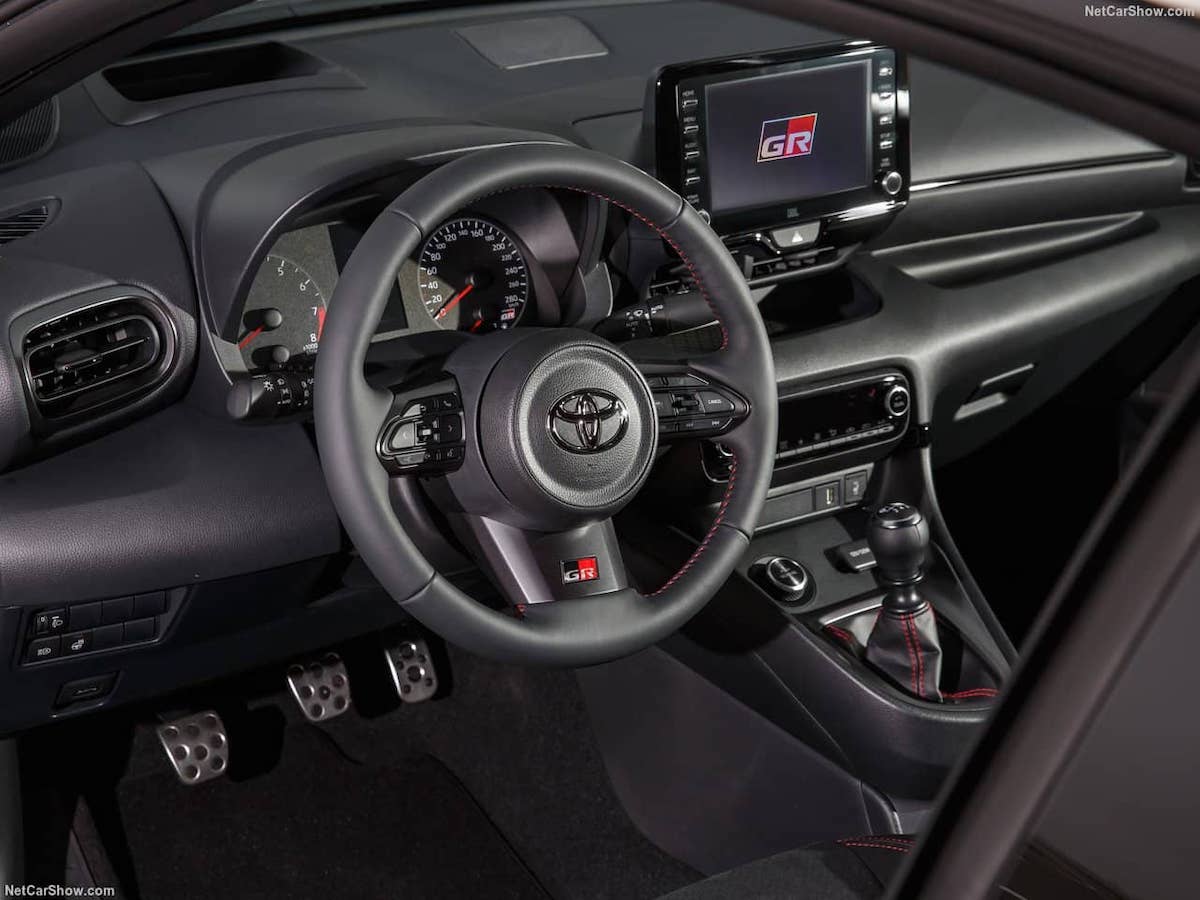 It may be spartan, but the cabin of the Toyota GR Yaris is automotive perfection
© Toyota Media UK

The recipe for a hot hatch is - or at least was - simple. Take a small hatchback, keep the weight down, strengthen the chassis, add the right amount of power and bolt on a manual gearbox. Sadly though in recent years, the hot hatch has strayed from its original concept. As incredible as they are, machines such as the Audi RS 3 and Mercedes C 45 AMG are just, well… a bit too much. They have as much power as a supercar from 20 years ago, they’re too big, too flashy, and have automatic gearboxes. The point is, is that a hot hatch is meant to be fun and involving. We also all know big power doesn’t always mean big fun. A well-timed block shift and a rev counter bounce is a thing of true exquisiteness. With that in mind though, thank you for the GR Yaris Toyota - that’s an old school hot hatch and its existence has shown that not all car makers have completely lost the plot. 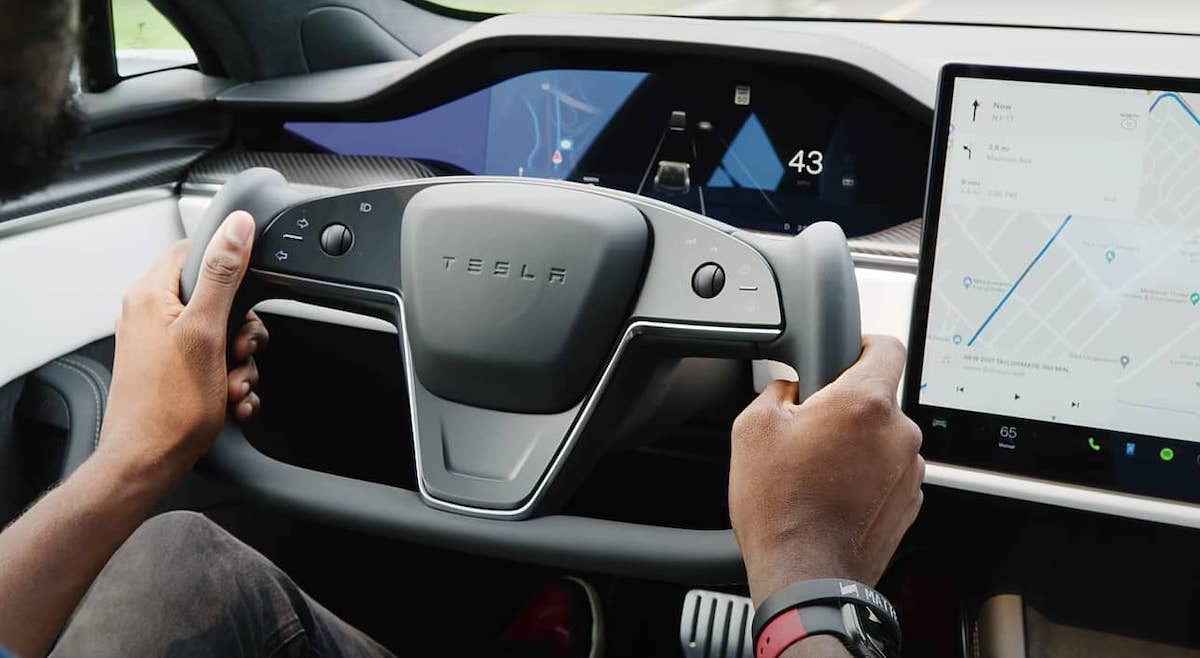 For reasons only known to Tesla, this makes sense
© Teslarati 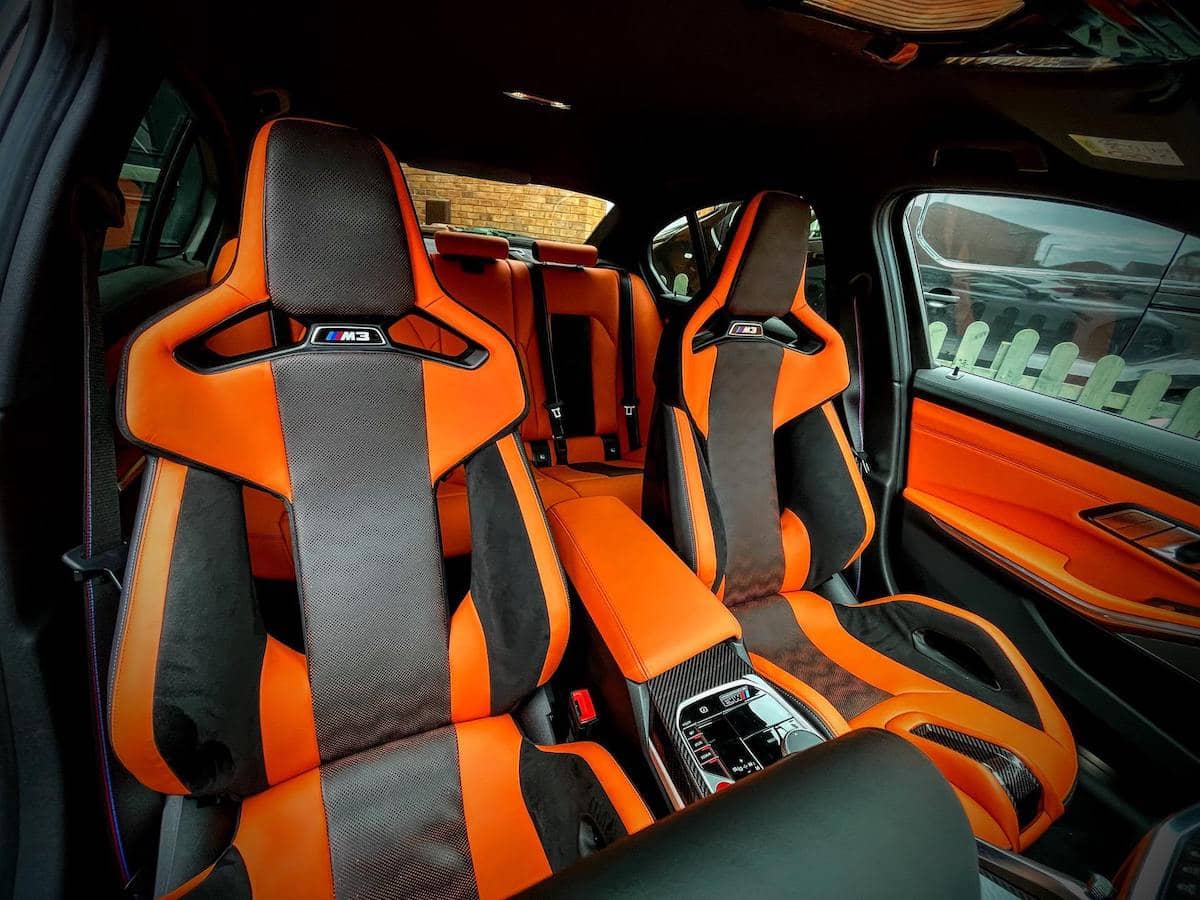 The above looks both silly and is deeply uncomfortable
© BMW Blog

Unless yelling loudly into your mobile phone in public and wearing wrap-around Oakley sunglasses is your thing, then you have absolutely no business speccing your car with even the smallest item in carbon fibre. In addition to being incredibly uncomfortable as a seat material - and that bulk at the front of the seats you see above leaves nothing to the imagination! - it also looks properly twatty. People who make an active decision and say “hmmm, I’d like my car to have its interior trimmed in carbon fibre” are the sort of people you want to avoid in pubs. 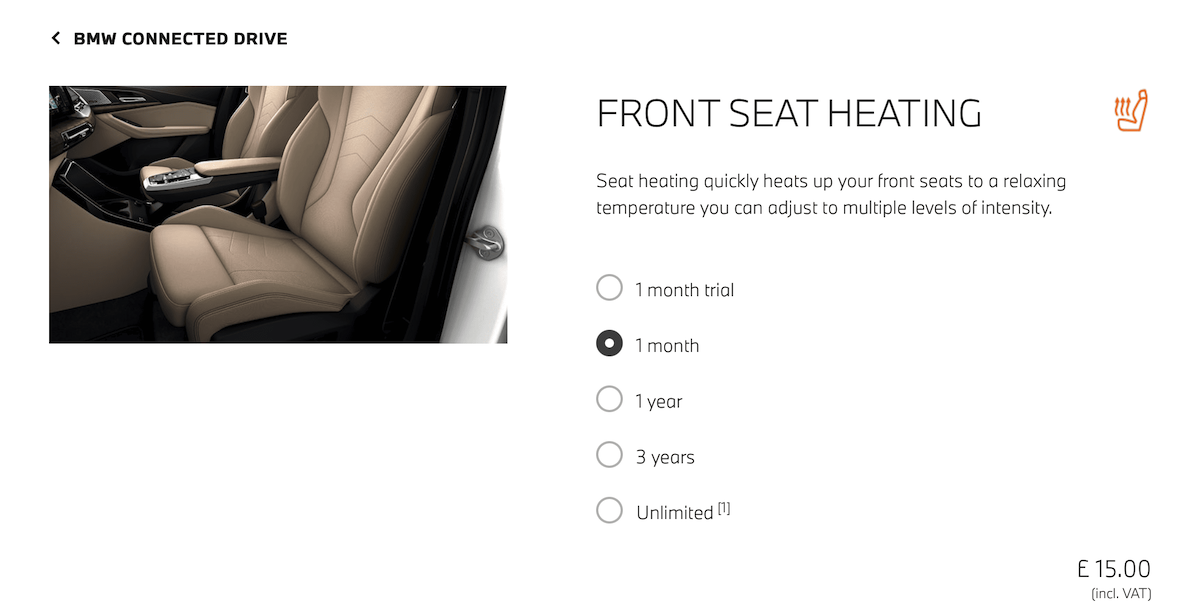 Apparently this decision has been taken to reduce the upfront cost of a BMW. That sort of makes sense, but given the prestige that comes with owning Munich’s finest, you’d like the option of a warm arse 24/7, 365. To add an element of even further absurdity to things, the heated seat subscription has currently only been rolled out in the UK. So, if anyone from BMW is reading this, please get in touch to help us understand the situation a bit better… 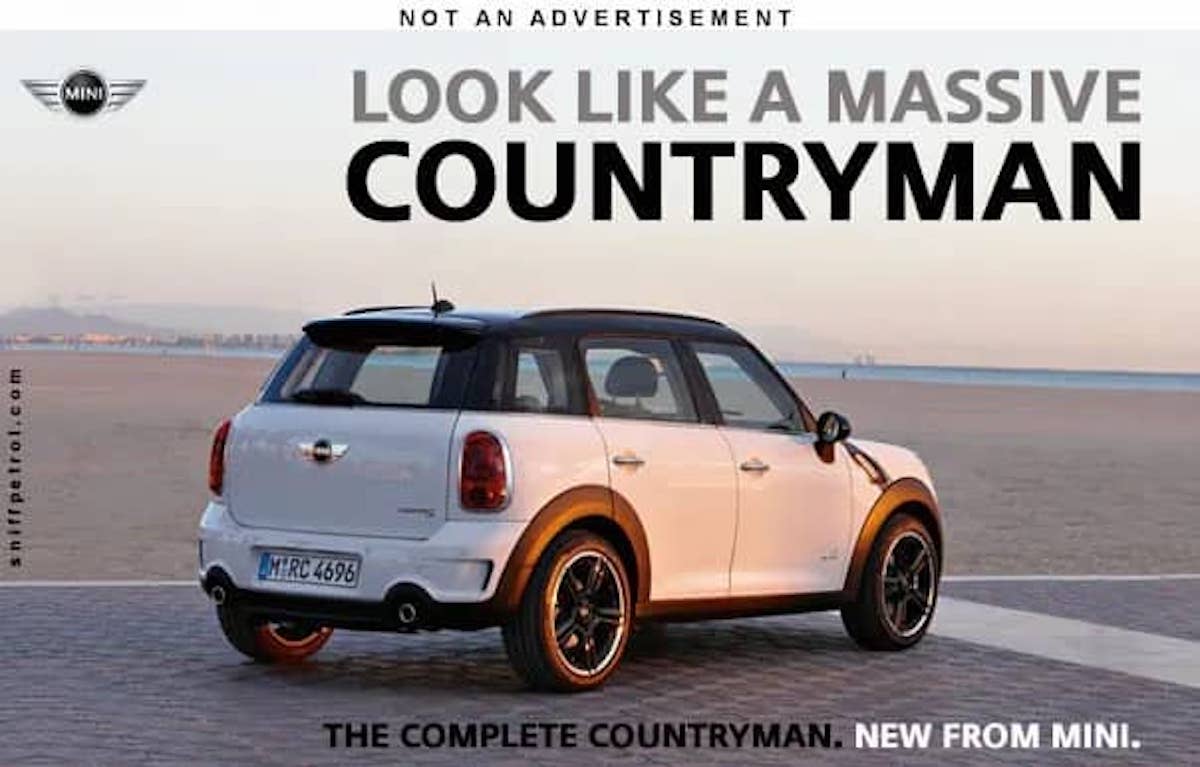 There is absolutely no need
© Sniff Petrol

Make no mistake, the original MINI and FIAT 500 were, and still are, automotive icons - they were cheap, mass produced, and changed the post-war automotive landscape by bringing accessible transportation to parts of society used to riding around on livestock. Unfortunately, neither of the ‘new’ interpretations of the MINI or FIAT 500 represent any sense of proletarian transportation. Whilst the 500 isn’t a ‘bad’ car, it’s shoddily built and it’s built on architecture so old, it can recall the Italian reformation. As for the ‘new’ MINI, well… the first-gen was decent and it fully deserves its status as a modern classic. Yet its current state, the ‘MINI’ is so far removed from what made it great in the first place, it may as well be called something else. In its basic form, there is nothing small about the MINI. This bug-eyed munter starts at £21,795 and is the same size as a Volkswagen Golf. If you want to get your hands on a MASSIVE Countryman - that’s the crossover thing you see above - then that’ll be £28,005 for an entry-level car. The worst thing about the “new” MINI, though? It tends to be driven by overly-busy “I work in a boutique PR agency, I do” types and estate agents. 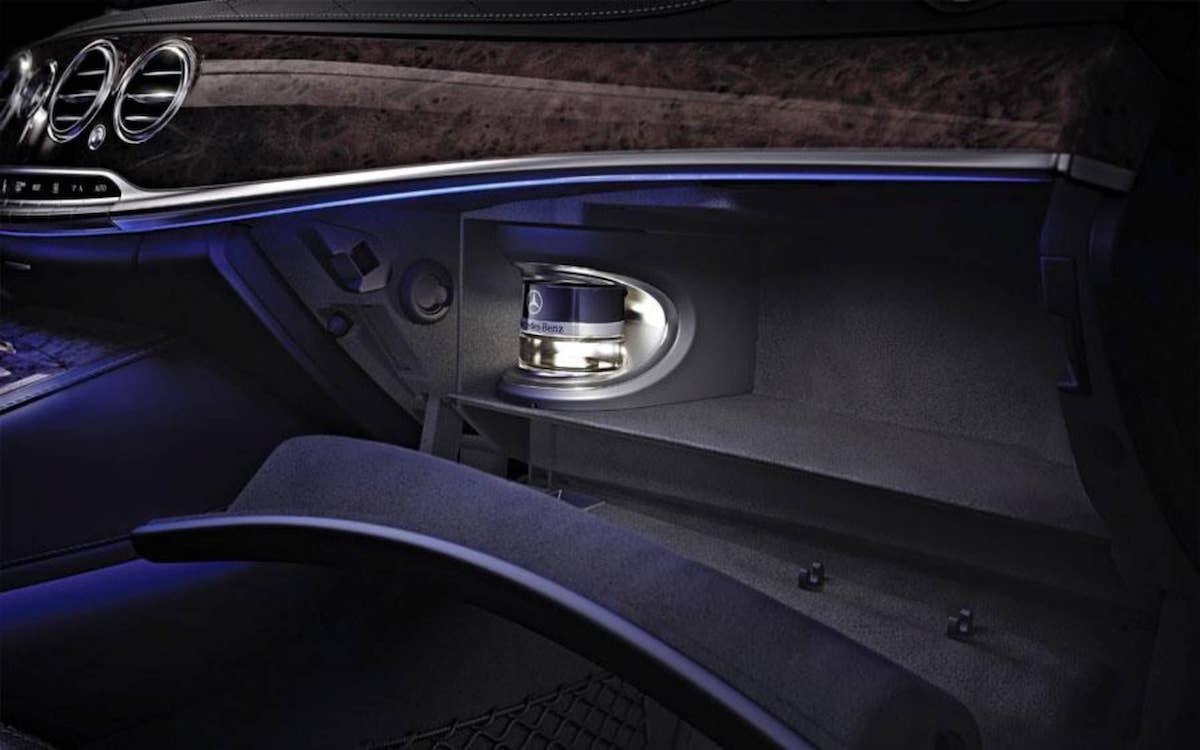 In theory this is not a bad idea. If you’ve eating or smoking in your car - especially after a lengthy trip - then the chances are high that your cabin will smell ripe and it is in major need of an airing out or a spray. However, remember this - if you’ve been in a toilet after someone has parked their breakfast and used air freshener, it still smells of shit; albeit shit and flowers. It’s unpleasant, and nothing can change that. Now, just because you paid six figures for your car and it comes fitted with a deodoriser, no amount of money or “Bavarian Forest Fresh” aromas will fix the fact that your car will be a bit on the fruity side if you’ve been eating/smoking/on a long journey/all three of the aforementioned. You’ll be a happier person if you accept this and put the A/C on circulatory mode, or park up and get the windows down for a through-draft. If you buy perfume for your car, you are also a massive ponce. 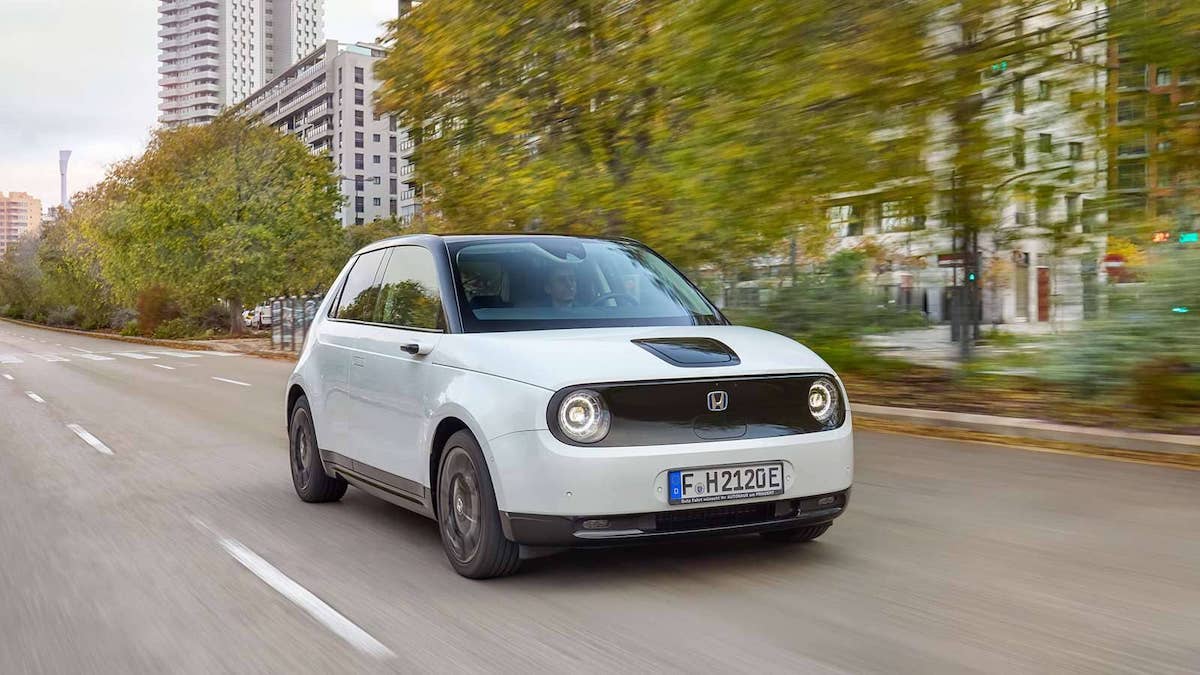 Such a missed opportunity for Honda…
© Honda UK media

If you had to describe the Honda e in two words, then “opportunity missed” would be appropriate. On paper, Honda’s first all-electric car has everything it needs to be a hit. It looks like nothing else on the road, and thanks to rear-wheel-drive, it’s genuinely enjoyable behind the wheel. However, the range is woeful. On paper, Honda claims it will do between 131 and 137 miles on a charge. In the real world - and remember we tested one - you’ll get about 90 miles. Factor in cold weather, and expect the charge to drop a further 20 miles or so. And yes, it’s supposed to be a city car but it’s the size of a Ford Focus and those numbers - let’s be honest - are simply not acceptable from an EV in 2022. Whilst the all-screen dashboard, digital dashboard, and camera mirrors are nice toys, there is no amount of gimmicks that can disguise the fact the Honda e has been a massive own-goal and amounts to little more than a very expensive iPad.

If you click these yellow words, it’s GOOD NEWS, because they will take you to a place where thousands of classic and modern classic cars are for sale and guess what? Most of them are free of the bullshit gimmicks or options we’ve mentioned above. Happy motoring!