If we take a closer look at the French automotive history, we will find more than one unheard-of name. Like, Matra, a company that has weapons, bicycles, aviation products and, of course, racing cars branded with its logo.

In fact, Matra became interested in racing cars only when they acquired the financially-troubled French company Automobiles Rene Bonnet. Since Matra already supplied bodywork to Rene Bonnet and provided its affiliate factory with parts, in October 1964 Matra took over the company’s debts and shares. Along these lines, soon Matra became acclaimed as a manufacturer of casual and racing cars.

Matra was then led by Jean-Luc Lagardère, an engineer who started his career in the aviation industry and reached the peak of success in Formula One and Le Mans. True, he was also a smart businessman who, by merging numerous companies into Matra, created a large group of companies engaged in various fields.

The first Matra car was actually conceived and designed namely by Automobiles Rene Bonnet. This manufacturer was indeed the seller of model, however, having signed agreements with the Matra Group, the car named Bonnet Djet in 1962-1967 was sold as Rene Bonnet Djet, Matra Bonnet Djet, and finally – as Matra Sports Djet. The Djet model had a four-cylinder 1.1-litre Renault-powered engine, yet some versions also featured 1-litre more powerful twin-cam engines. In total, 1,700 Djet cars were sold until 1968. Today, a perfectly-preserved Djet model can be purchased for just over GBP 40,000. 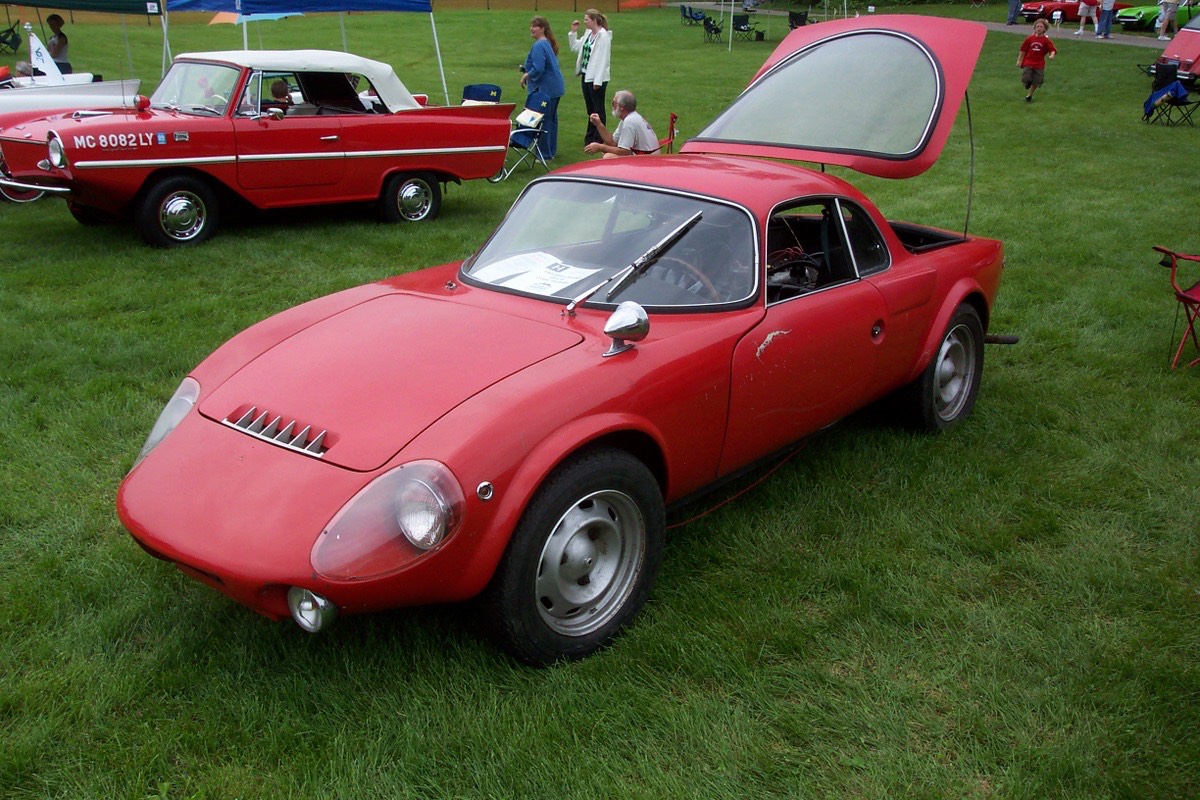 When Matra took over Automobiles Rene Bonnet, the production of the Djet model was discontinued. In those days, Matra was additionally producing weapons and was particularly interested in the fibreglass technology, which was the specialty of Rene Bonnet. In 1964, a division of Matra Automobile was established, thus shrinking the influence of Rene Bonnet in the car manufacturing process. 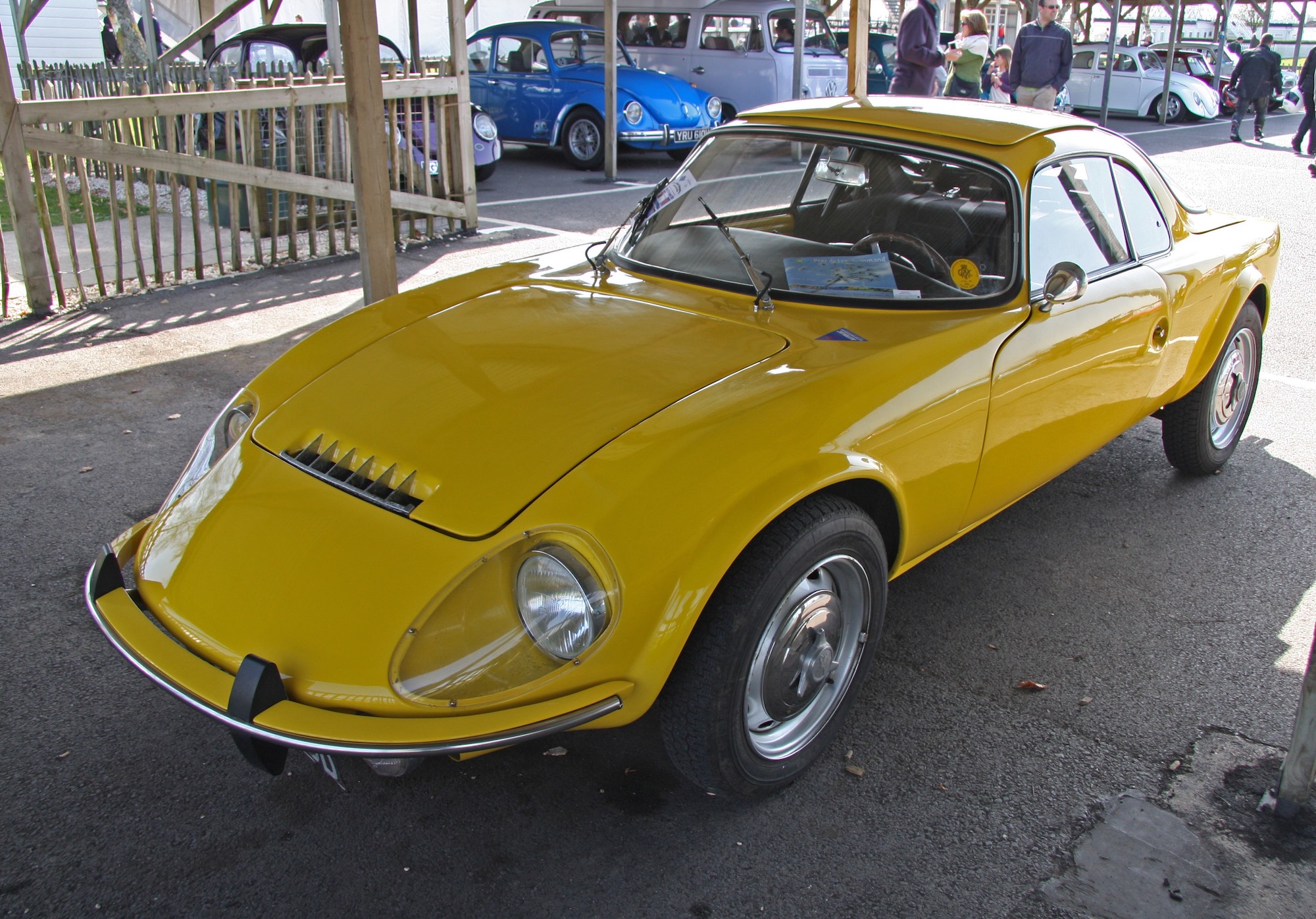 In 1967, Matra launched the first real Matra sport car – Matra M530. The latter was a child of Philippe Guedon, a designer employed by the car manufacturer Simca. With mid-engine layout, M530 was a four-seater with a boot of just a right size. 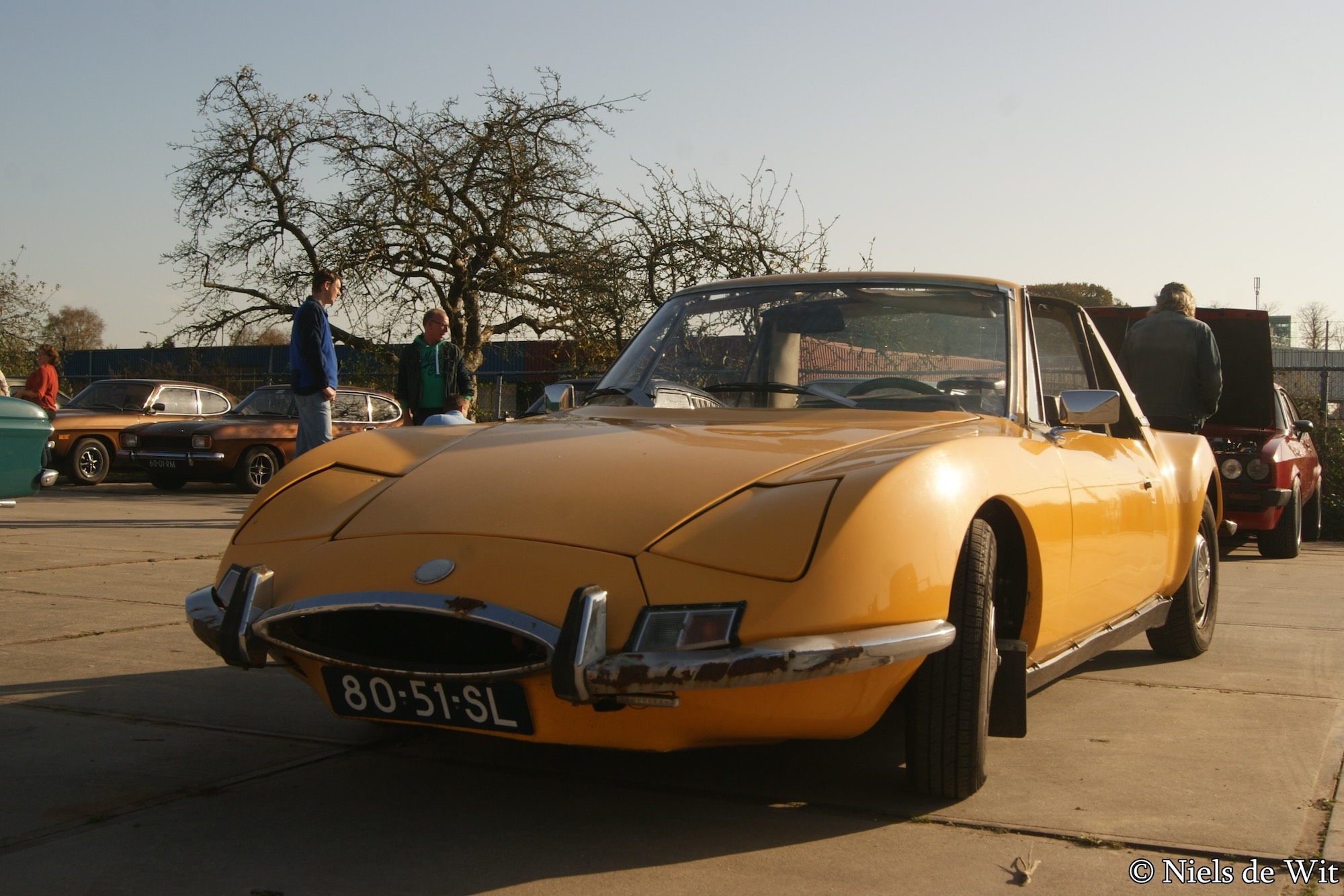 It was no longer Renault-powered. M530 had a 1.7-litre 70 AG engine manufactured by Ford, which was also mounted on Ford Taunus. M530 and Ford Taunus also shared the same gearbox. Among other features, the M530 has a targa top and pop-up lights. Lotus Elan +2 and Porsche 912 were the competitors for this model. Totally, around 9,600 cars of different versions of the M530 were manufactured until 1973, however, it is emphasized, none of these cars were intended for traffic on the left-hand side of the road. A fresher, moderately preserved model can be purchased for around EUR 11,000.

The M530 was replaced by Bagheera, a sport car produced in cooperation with the Simca company. On the market, this model was presented as Matra-Simca Bagheera. The name was decided after the signature of agreement between Matra and Simca in 1969 stating that all Matra’s sport cars are to be renamed Matra-Simca, which will give the Matra company access the Simca’s network in France. 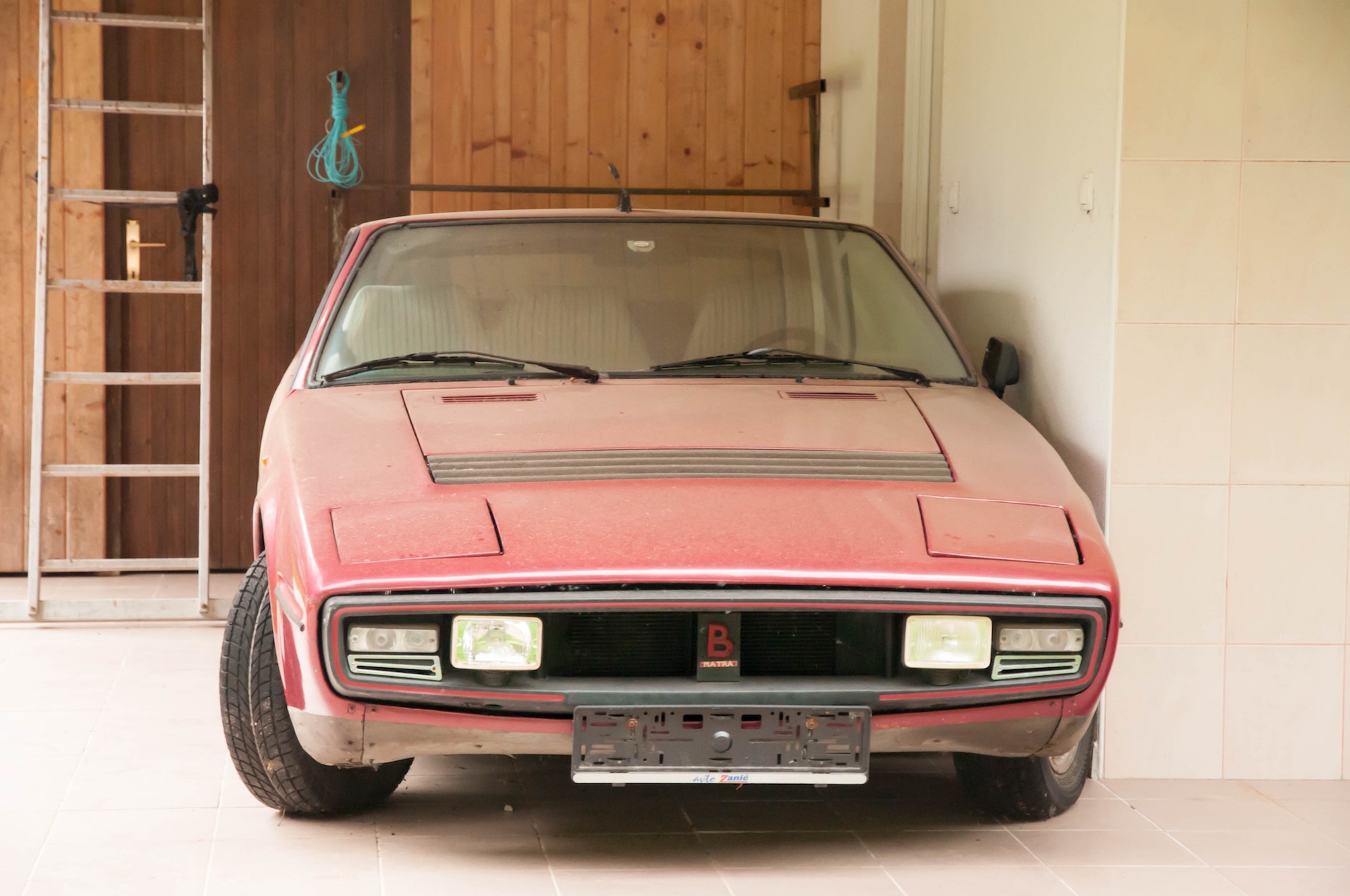 The partnership started with the model under project code M550. The engineering was led by Matra, while Simca was responsible for design. Chrysler-Simca’s specialists also contributed to the design trend. A lot of parts came from warehouses of Chrysler-Simca, engine, gearbox and numerous suspension elements were taken directly from the Simca 1100. A total of 11 prototypes were created, with the final version of the car being produced at Matra’s factory. Yet, nobody wanted to sell it labelled with a combination of numbers and letters, so the model was named Bagheera after the character of The Jungle Book by Rudyard Kipling.

The car was genuinely popular – 10,000 cars were sold within the first 18 months after the launch. Shapes of Bagheera were conceived by designer Jean Toprieux, and retouched by Jacques Nochet. The Greek designer Antonis Volanis joined the project and invented interior design; shapes of dashboard and steering wheel shape were also his work. In terms of body type, Bagheera reminded of hatchback. The rear of the car was fitted with an engine, and there was enough space for three passengers in the inside: the driver had a permanent seat, while passengers could sit on two seats on the side of the driver’s seat. In 1973, Bagheera won Style Auto Award and outshone other models, such as Lancia Stratos, Lancia Beta Coupe, and Ferrari Dino 308 GT4.

The Bagheera model was produced until 1980, with a total of 47,802 cars of the most versatile versions of this model being sold all over the world. The very last models were released with the changed name, Talbot-Matra Bagheera. Bagheera on the conveyor was replaced by Matra Murena. Nowadays the prices for the Bagheera model are very diverse. You can purchase a cheaper, less preserved model for only several thousands of euro, however you can fork out even EUR 18,000 on, say, a sportier S-labelled version of the model. 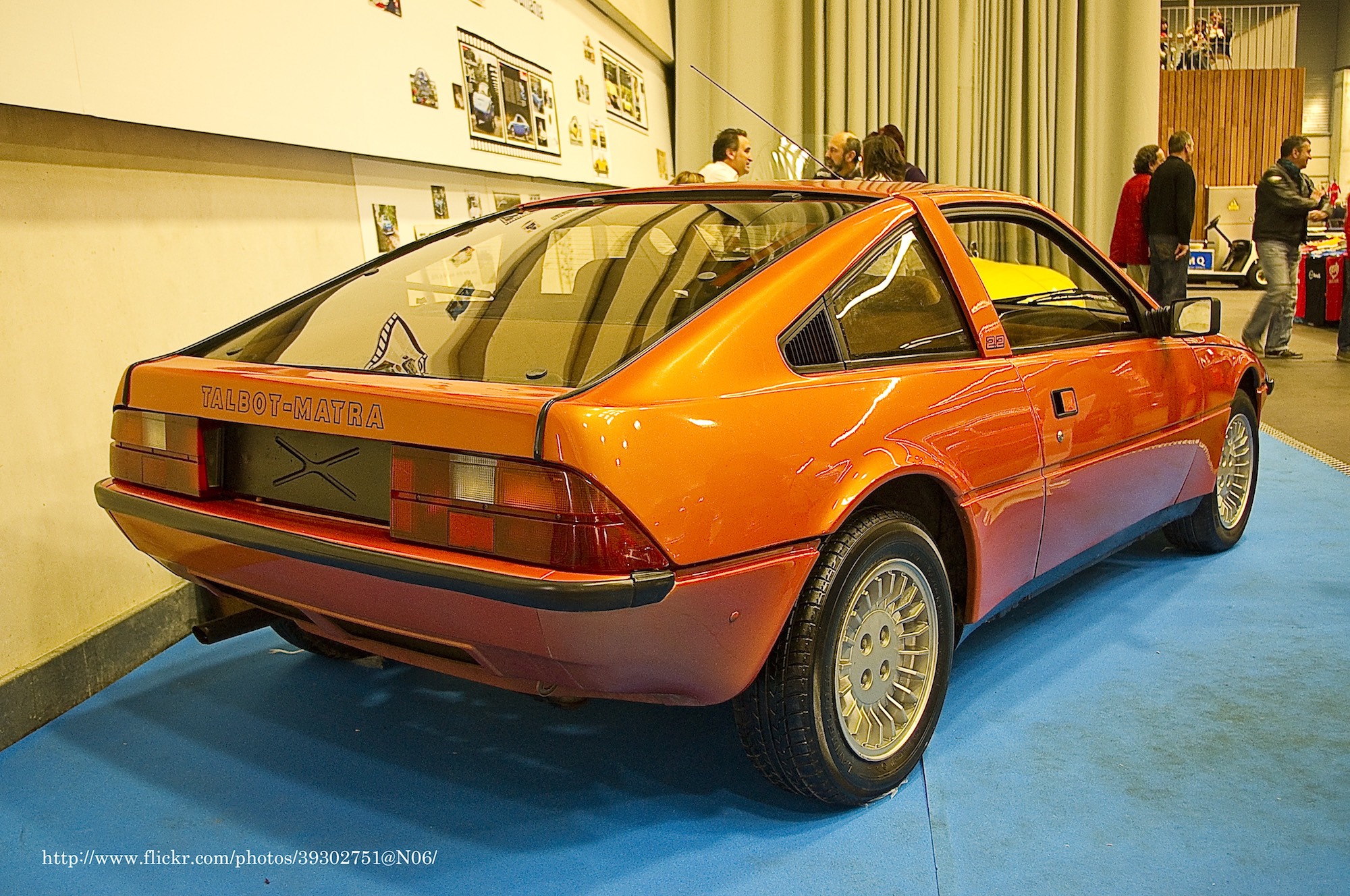 Matra Murena is a model produced form 1980 with mid-engine layout and rear wheel drive. Its production began with two versions: one with a 1.6-litre engine and another with a 2.2-litre engine. This model was designed to solve the issues characteristic to Bagheera: provide more power and keep the chassis corrosion-free. So, the engineering work was entrusted to Matra’s specialists, and design was created by Antonis Volanis. The production embraced engines from the Talbot and Talbot Tagora models, front chassis from Talbot Horizon, and parts from Citroen CX, Renault 12, and Peugeot 505. Buyers could purchase the car in one out of ten available colours. 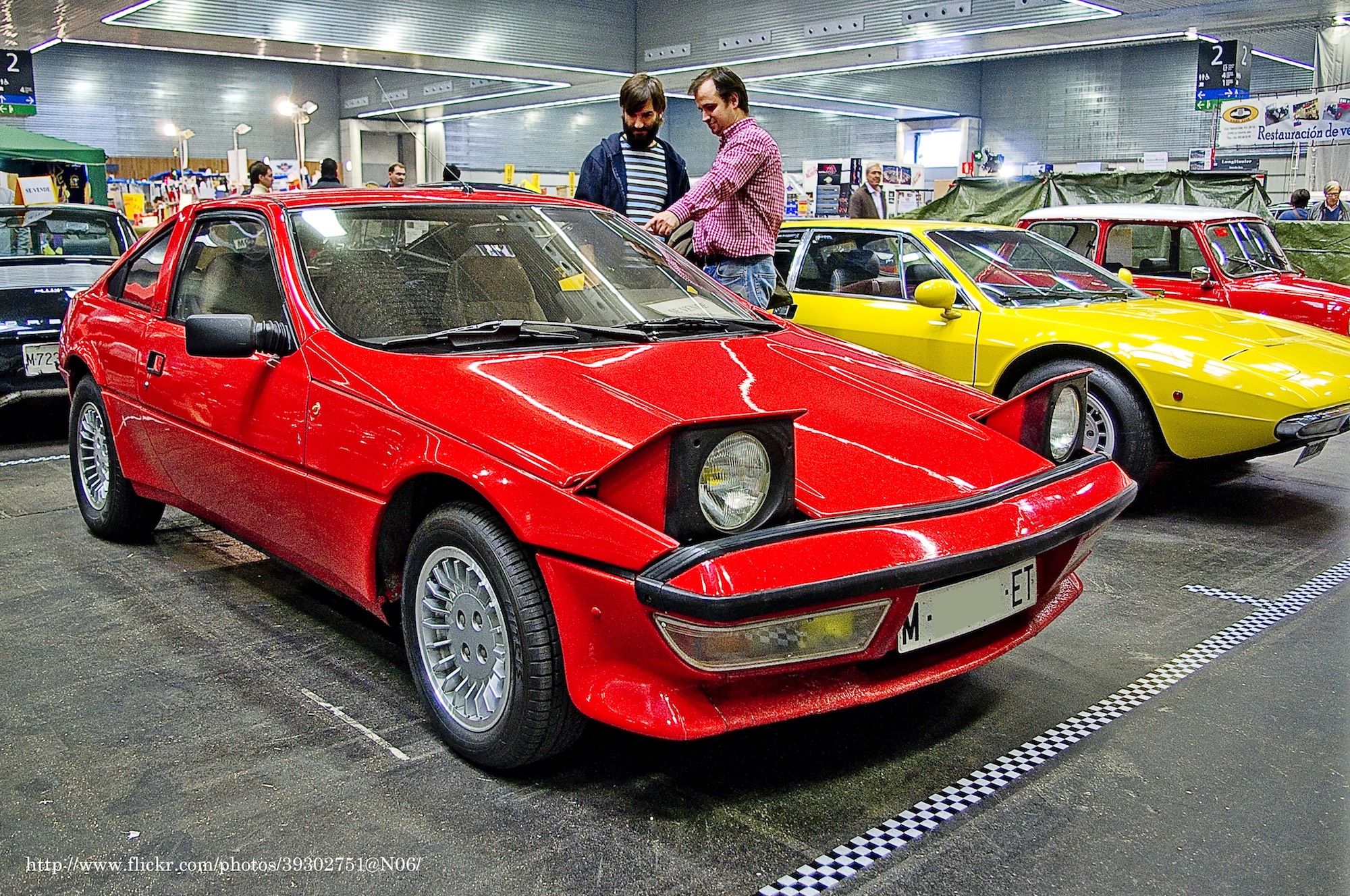 For four years – from 1977 to 1984 – Matra also produced Rancho, a model that reminded a kind of SUV. It is claimed that Matra, together with Simca, wanted to fill the pockets with the growing wave of popularity of SUVs, launched by the Range Rover model. Rancho was popular, but it did not help Chrysler Europe, the company managing Simca, to avoid bigger problems. The Chrysler Europe was sold to the PSA group and rebranded as Talbot. Sales were extended until 1985, there have been produced more than 57,700 Ranchos totally. One can purchase Rancho for just over GBP 2,000.

With Rancho’s production stopped, Matra signed an agreement with Renault on the production of minivan Espace. After some time, Matra and Renault together designed the Avantime model. Having discontinued its production in 2003, Matra announced the shut-down of its car factory. In the spring of 2003, the factory was closed, and in the autumn of the same year, Pininfarina SpA acquired Matra’s automotive engineering, testing and prototype development business. In 2009, Matra was again sold, this time to the Segula Technologies company. And this, sadly, was the end of story in the book of the manufacturer that is often referred to as the gem of the French car industry.