Defunct French automakers are responsible for some of the most compelling stories in motoring, and we have covered a few of them already at Dyler (Facel Vega or Matra). The story of Delahaye is just as worthy of telling, but you’d be forgiven for not knowing the brand as it has been absent from automotive landscape for more than half of a century. And yet, it has had an impressive run, from building military vehicles and fire engines to beating Hitler’s silver arrows in Grand Prix and winning countless Concours d’Elegance.

History of Delahaye company precedes that of the automobile itself. It started when Emile Delahaye started building mechanisms and engines for the ceramics industry, but promptly switched to building cars. The first Delahaye was presented to the public in the Paris Motor Show of 1894. Automobiles were the hot new thing back then and it was crucial for Delahaye to distinguish his brand from the rest. To do just that, as well as showcase the speed and reliability of his creations, Delahaye entered his cars in rallies. Not a surprising move considering France is the birthplace of motor racing. Unusually back then the motors were designed in-house as well, and the spectators were convinced by the pace and longevity of Delahaye’s creations when they successfully finished grueling rallies like Paris-Marseille-Paris.

Albeit the company was up to a good start Emile Delahaye himself was going through some health issues. With his health worsening, he gradually passed down the operations to his clients Georges Morane and Léon Desmarais who became shareholders. He also put Charles Weiffenbach in charge of the Delahaye. Emile Delahaye died in 1905 and company’s racing attempts ended at roughly the same time. 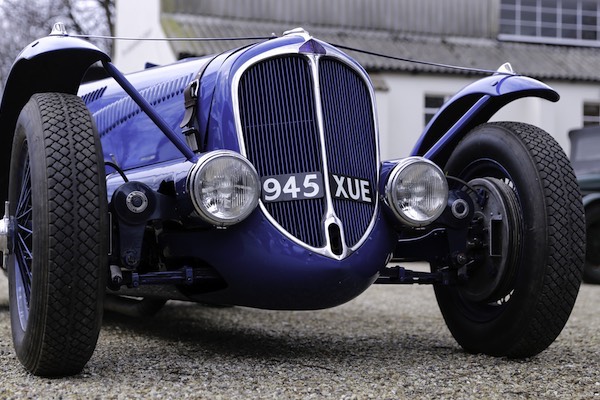 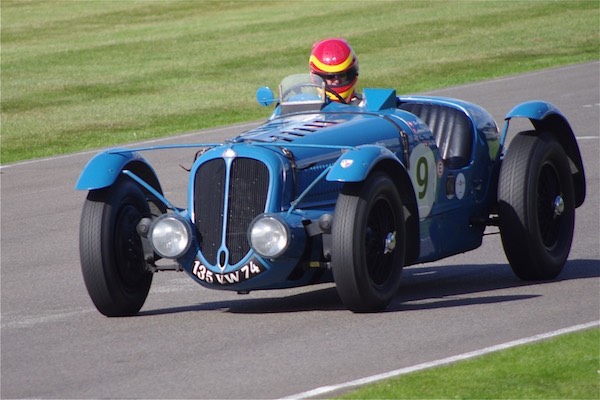 Meanwhile Bugatti was building racecars and winning trophies, and Delahaye wanted a piece of that action. In 1933, the company hired a young engineer Jean François to spice up their offerings. The result, Type 135, was introduced the following year. Despite being conceived as a sports car, its 6 cylinder motor drew lineage from Delahaye trucks. Sure, it was dressed up with better carburetors and other bits, but it was still very much a heavy workhorse engine. If Bugatti racecars were blue-blooded, Delahayes were blue-collared.

But due to these working class origins, Delahaye motor had mountains of torque and was incredibly reliable. Couple these virtues with brilliant chasses and you have winning recipe. Type 135 were victorious in 1937 Monte Carlo rally and 1938 Le Mans. Endurance racing was its natural hunting ground.

Still, perhaps the most important win for Delahaye was Type 145 winning 1938 GP of Pau beating the Germans. This model was powered by a 4.5 l V12 and was the fastest French car at the time. Still, Nazi Germany was investing heavily into motorsports to peddle their superior-race propaganda. The French, though, were determined to win in their home turf. Even when the insane 600 BHP Mercedes-Benz Silver Arrows were more powerful, the Delahaye’s were lighter and nimbler. At the end of the day, the French car was victorious, and the Fuhrer was furious. What frustrated him the most, was the fact that the winning Delahaye was piloted by Rene Dreyfus, a driver of Jewish descent. It was a smack in the face comparable to Jesse Owens dominating in Berlin’s Olympics. Hitler wanted to get the winning car and destroy it, it was only preserved by being disassembled and hidden in pieces during the wartime. 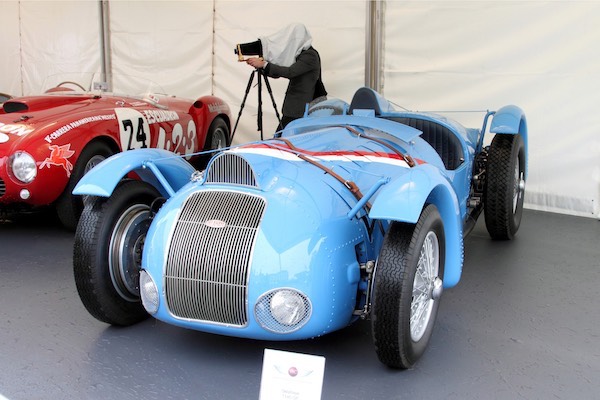 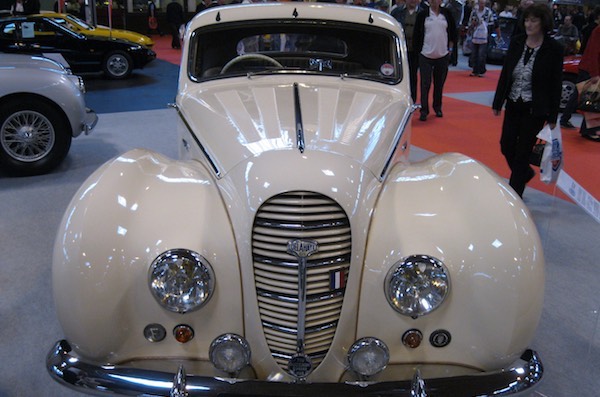 This awesome on-track performance translated in amazing road going cars as well. You see, those were still the times when cutting edge racecars didn’t fundamentally differ from their pedestrian counterparts. The same chasses of Type 135 or 145 Delahayes were fitted with all sorts of outrageous bodies by various coachbuilders, including the likes of Chapron and Figoni et Falaschi. These flamboyant cars were then bought by equally flashy personalities. 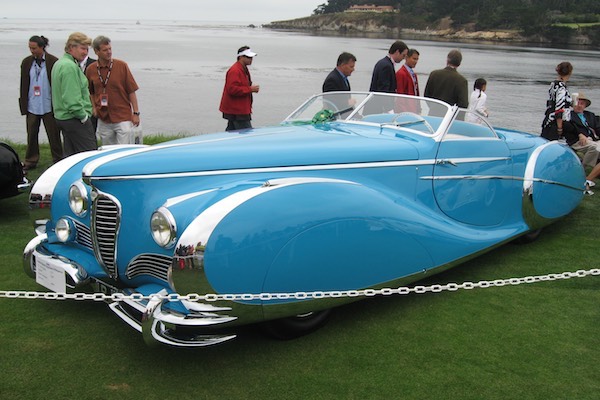 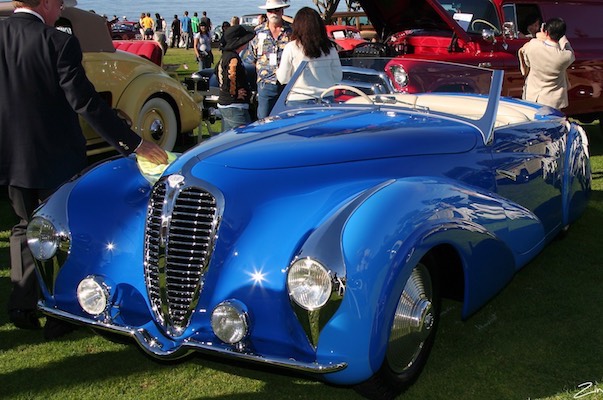 This Delahaye 135 MS by Faget-Varnet is yet another of coachbuilt one-offs
©Rex Gray, Flickr

Perhaps the flashiest of personalities to own one was Diana Dors. This blonde starlet was the closest Britain ever got to having their own Marilyn Monroe. At the age of 17, before getting her driver’s license, the star purchased a 175 S Roadster, rebodied by Saoutchik. It had a clear steering wheel and a clear knob for its pre-selector gearbox. 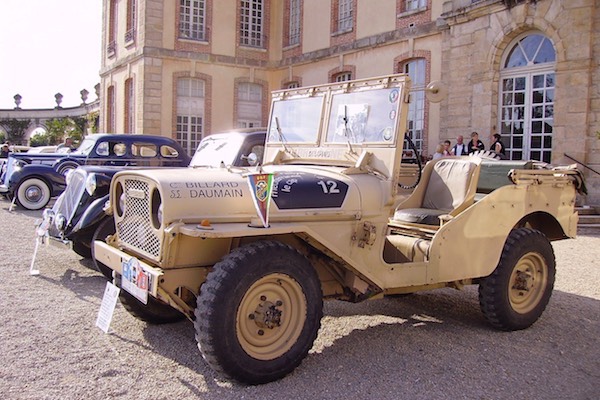 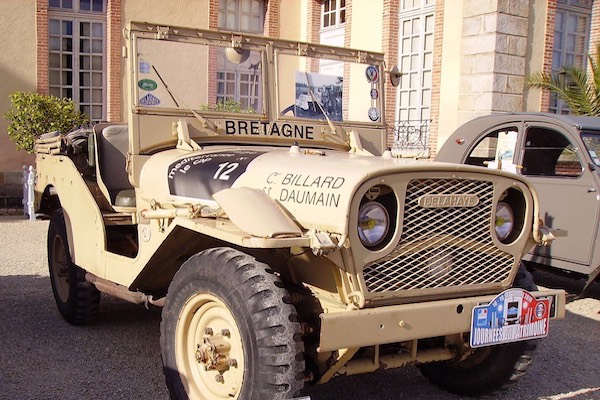 But the post-WWII 175 S was one of the dying breed. French economy was extremely tough on luxurious cars by then, with heavy taxation. Luckily for the company, they have scored a contract from the French military to build the off-road VLR. For a while it seemed the rugged utility vehicle would save the luxury automaker. But Hotchkiss, a competing French brand, arranged a license to build Willy’s Jeep in France and sell it to the military for cheaper, stealing the main moneymaker from Delahaye. Pretty soon, Delahaye was in real financial hardship and Hotchkiss then bought the struggling competitor just to have it shut down in 1954. One of the greatest French automakers did not go out with a bang, it ended with a whimper.