Try imagining a stereotypical sports car from the 1970s. Got an image? Great; it's very likely that it is not much different than the De Tomaso Pantera – one of the best looking Italian sports cars ever produced.

Design work for this car started in the late 1960s, when De Tomaso realized that it needed an heir for the Mangusta. Since De Tomaso was not Ferrari, it couldn't afford to hire an expensive and well-known design firm such as Pininfarina. So the Pantera's lines were created by the Ghia design studio, or more precisely, by one of its employees – Tom Tjaarda, who was just 26 at the time. And designed very, very nicely. The Pantera would not be out of context at all standing next to the Lambo and Ferrari supercars of the 1970s, or models such as the Renault Alpine or the Saab Sonett. And this handsome body wasn't mounted on a frame like some truck – rather, it was a unibody, the first instance of such in the company's history! 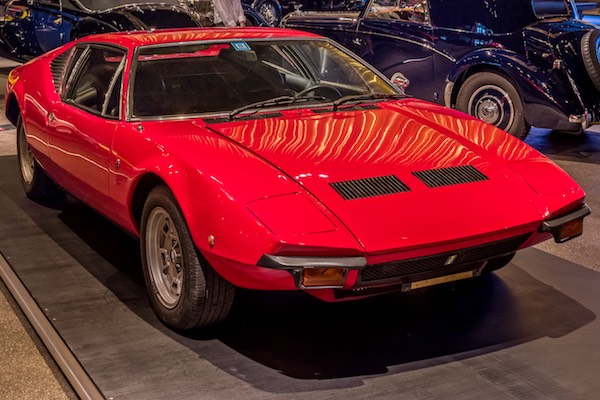 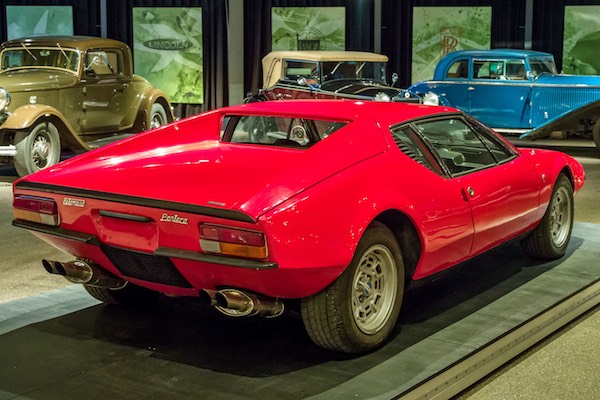 Now that we've discussed the exterior, let's take a look inside, but not at the engine – at the cabin. Since the Pantera was designed with the US market in mind, it had things like power windows and air conditioning – features that Americans were used to and wouldn't buy even the fastest car without, but which seemed like the height of luxury to Europeans. If you plan on buying a Pantera and are over 180 cm tall, you might think about whether you are ready to sacrifice comfort for the sake of a fun drive. The car is so low that taller drivers have to deal with their head touching the ceiling. Another imperfection inside the Pantera is that if you rest your arm on the driver armrest, you might very well turn on the cigarette lighter, even if you aren't in the mood for a smoke. Despite these shortcomings, the Pantera cabin shouldn't be a major problem for most, especially if you get one that has been well maintained. 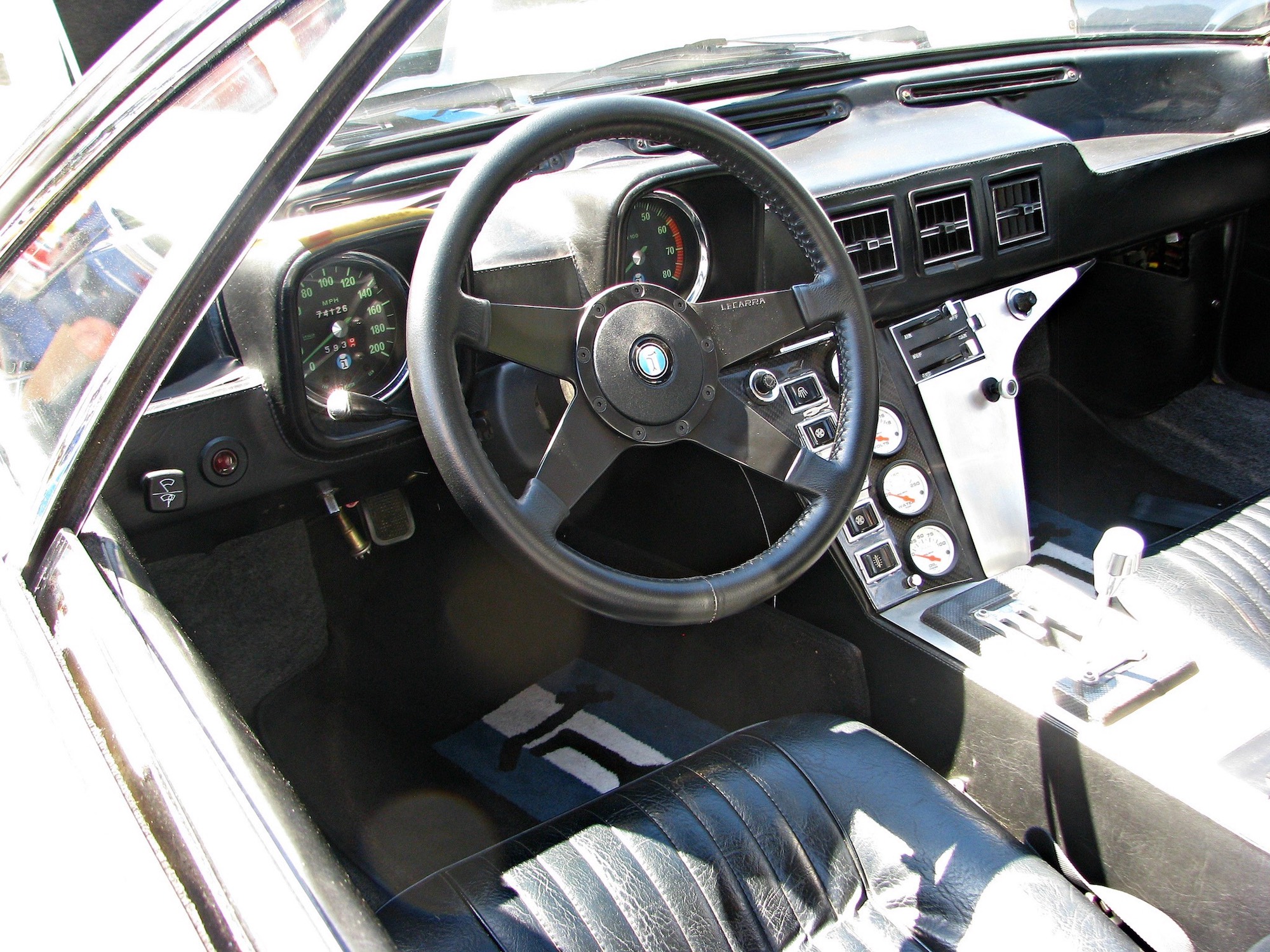 After inspection of the cabin, it's time for the mechanics, and it immediately becomes clear why the Pantera's goal was to show the best possible sales figures in the US, rather than somewhere in Monaco or among rich Arabs. The Pantera was driven by a very American power plant: a 5.3-litre V8 engine that managed to squeeze out 335 PS. Since De Tomaso was a small company, it couldn't afford the luxury of creating a new engine like Lamborghini might have, so it turned to Ford for help. They agreed to let them use their engines on the condition that the Pantera would be sold through Ford dealerships in the US.

The engine was mounted in the middle of the car, much like the Ford GT40. To tell the truth, the Pantera is, to a large extent, a Ford GT40. Similar engines, the same ZF transmission, similar handling on the road... The advantage of this engine was its high torque, which allowed for less shifting and made it a good car for city driving. The gearbox and engine combination made it possible for the Pantera to reach a maximum speed of 256 km/h and accelerate to 100 km/h in just 5.5 seconds. Sounds like a true supercar, right? 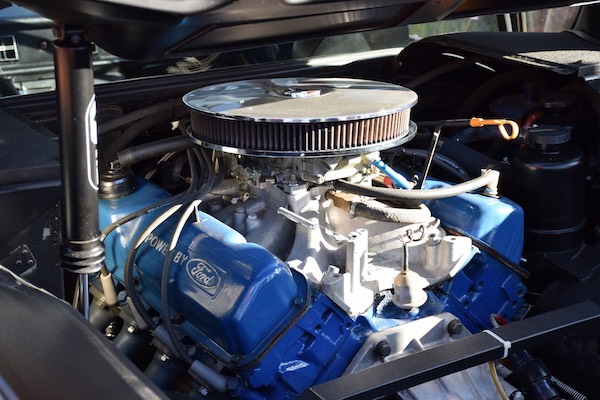 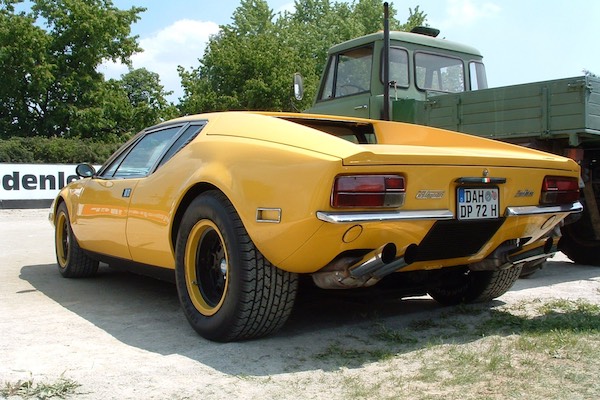 So how does the Pantera handle on the road? As it accelerates, the Pantera becomes more stable and demonstrates higher steering sensitivity. But this is nothing to be afraid of – this property ensures vehicle manoeuvrability on Italy's narrow, serpentine roads and California's mountain passes. Due to the high torque that was already mentioned, if you switch to a lower gear at more than 3,000 RPM, you have to be ready for the car to jolt forward. So it's better not to do that if you have a sharp turn or the back of a truck in front of you.

However, not everything that looks good on paper is always reliable to use in reality. Though they were indeed good looking cars, the Panteras were far from perfect. They were not corrosion resistant, they weren't assembled well, the engine constantly overheated, and the suspension used to fall apart. According to Jay Leno, De Tomaso just never quite completed their cars, and the Pantera was no exception. A model that has hundreds of thousands of kilometres on it should therefore be preserved, since it is unlikely that you will ever manage to give it a second life. 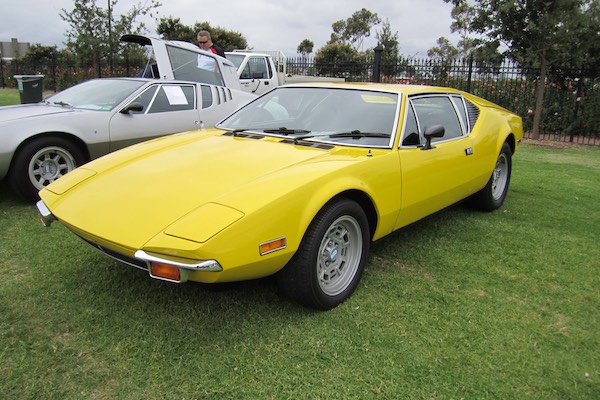 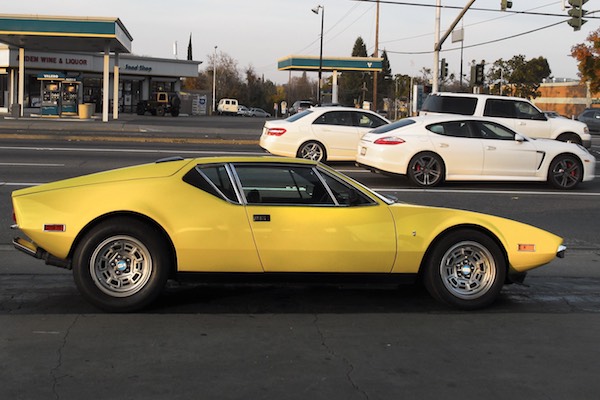 However, turning your nose up at the Pantera is not necessary either. First of all – because of the price. A Pantera in good condition (depending on the year) currently costs about USD 100,000. If you find something for 30–50 grand, you'll probably get a very tired car. So even though it's not a Ferrari 308, the Pantera is a real supercar that won't set you back as much as other similar models from that era. 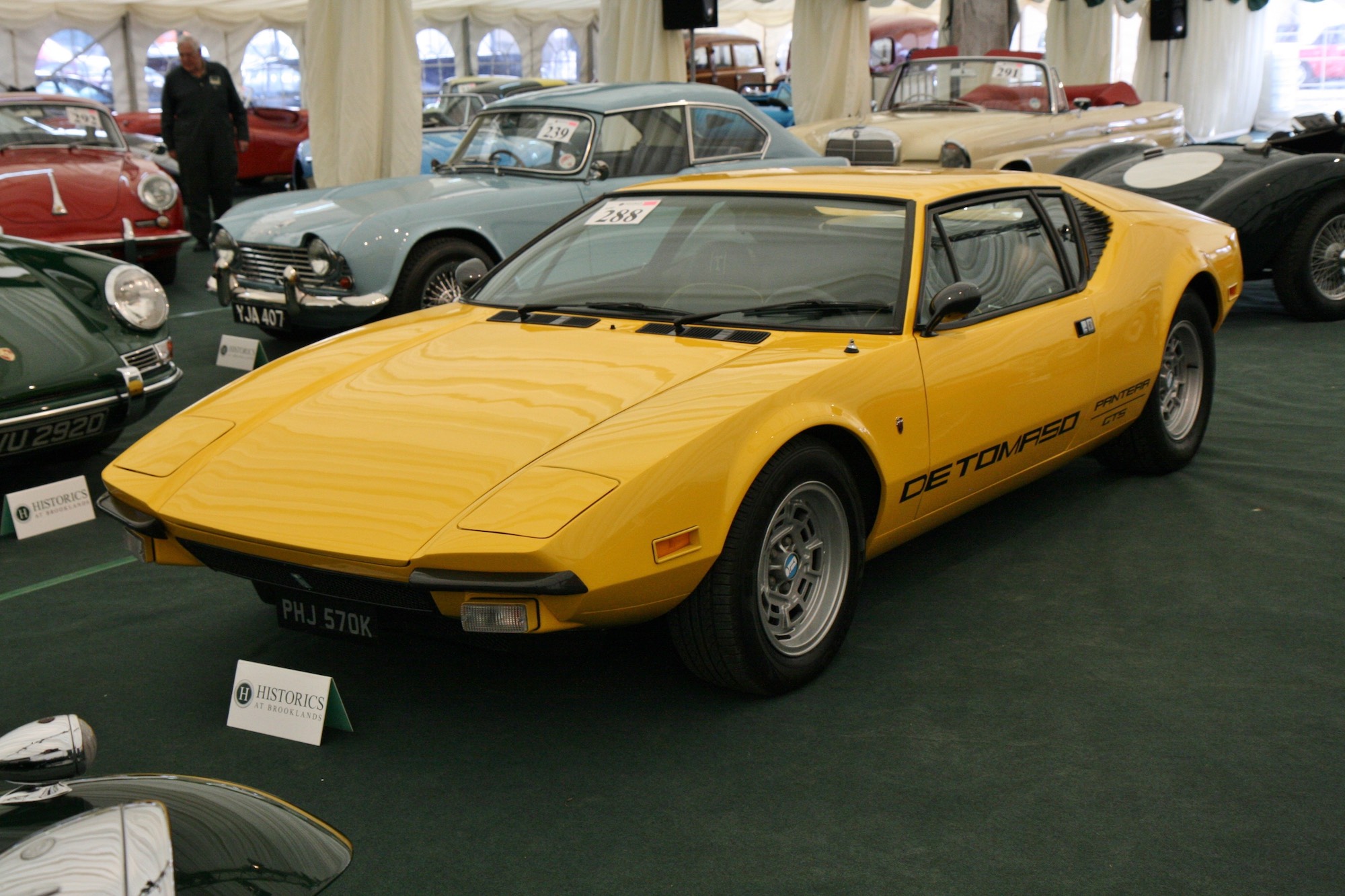 Another plus is that quite a few Panteras were produced. A bit over 7,000 cars rolled through the factory gates. It is estimated that 4,000–5,000 of these cars are still on the roads. This increases your chances of buying a car in fairly good condition which, if you put a little money into it, will allow you to steal the thunder of the Mustang parked nearby. Another positive thing is that technically, it is basically a Ford, so you can easily get spare parts in the US if something breaks. However, cheapness also has its minuses – if you like keeping things original, you should look for something else. It is quite difficult to find a completely original and unmodified Pantera on the market. Many Pantera owners like to customize their cars to their own liking. 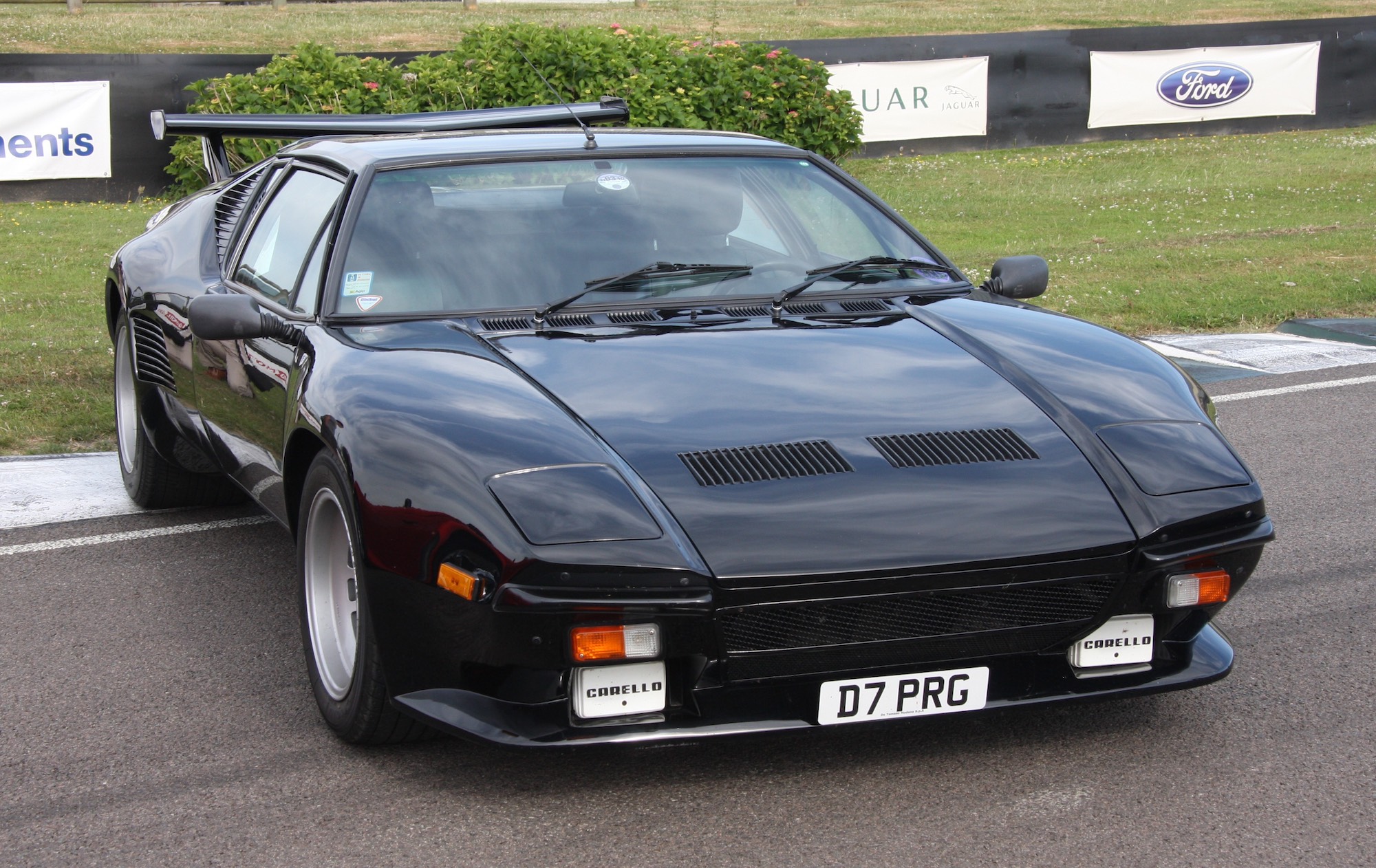 Panteras were produced for a long time – 21 years. During that time, its design was slightly modified to keep it in line with the supercar trends of the 1980s, and Ford ultimately refused to supply engines. However, it remained essentially the same Pantera that first came out in 1971. Unfortunately, it has become a sort of swan song for De Tomaso. Not only was the Pantera the company's most popular model – it was also one of its last. Later there were a few promises of a new supercar, but De Tomaso eventually declared bankruptcy in 2015. The Pantera forever remained an example of a good-looking and affordable supercar, born in Italy and brought to life in the US.