While all Ferraris are not average automobiles, the 365 P Berlinetta Speciale is more exceptional than other cars from Ferrari. What sets it apart? How about the fact it is the first road going mid-engined V12 Ferrari, a configuration we know and love today? Or the distinctive three-abreast seating layout, utilized in McLaren F1 decades later? Or the underpinnings of a successful racecar? This is how this marvel came about.

Despite bearing Ferrari name, this automobile was not conceived in the mind of Enzo. Mr. Ferrari was too much of a traditionalist and did not believe a concept of mid-engined V12 road car would work. He deemed it too dangerous. It was Pininfarina and Luigi Chinetti Jr. that undertook this project. Pininfarina name is familiar to many, but Chinetti is just as important. Luigi Chinetti Sr. was a successful racecar driver who convinced Enzo Ferrari to make him the first Ferrari dealer in the USA, making both men a fortune. Luigi Chinetti Jr. maintained the passion of his father and raced and sold Ferraris. 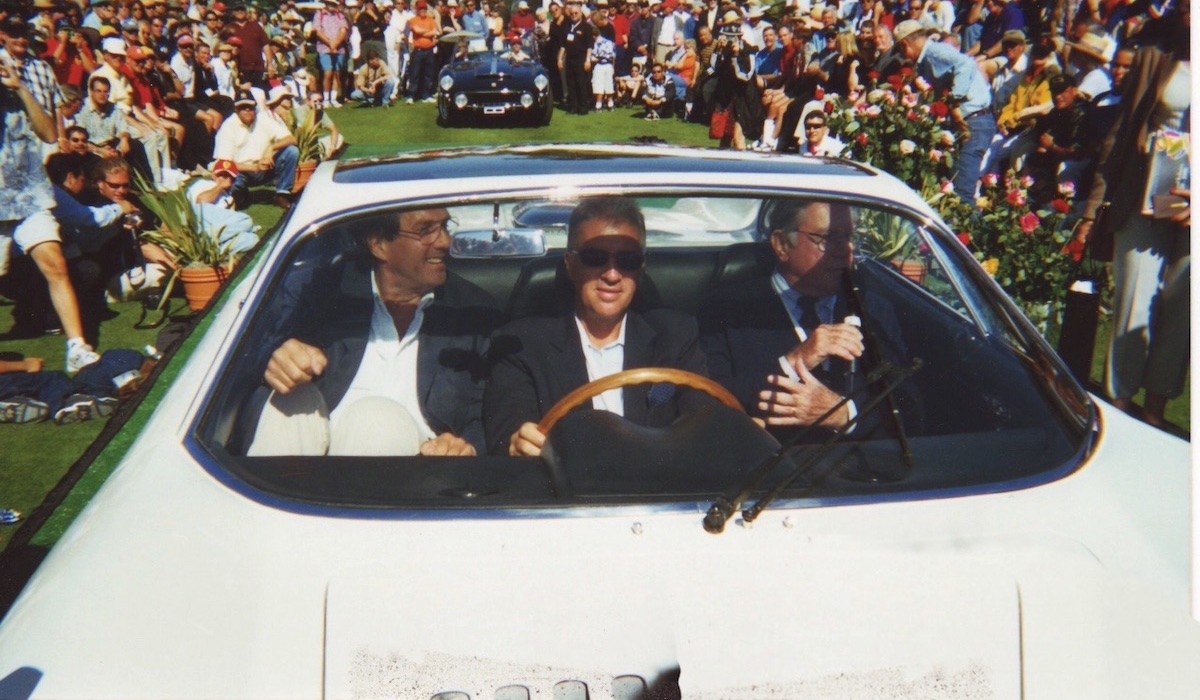 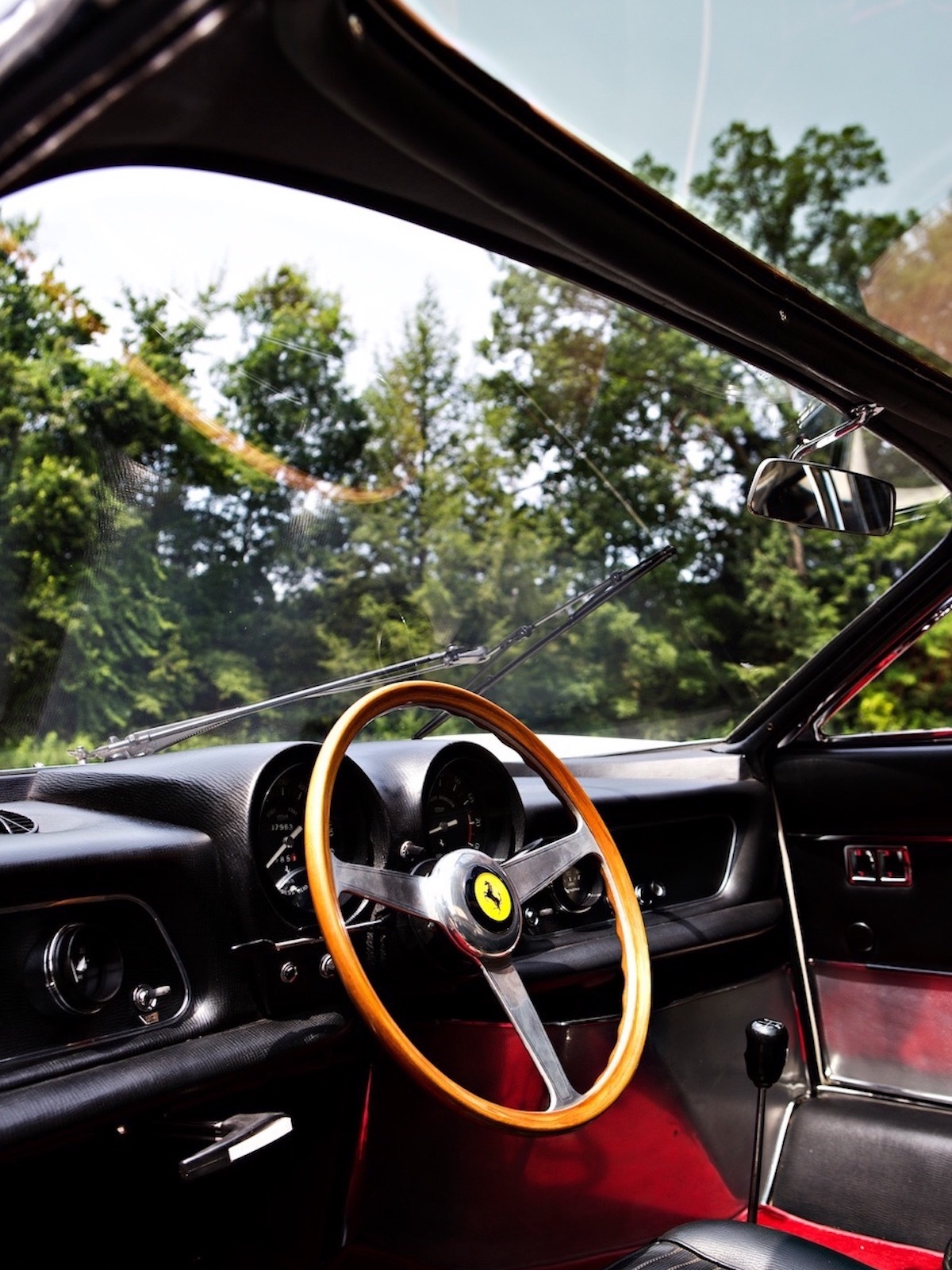 365 P Berlinetta Speciale is a nice place to be. Provided it’s not too sunny
© Gooding & Co.

Unofficially, 365 P Berlinetta Speciale was nicknamed Tre Posti, meaning three seater in Italian, coming from the unusual seating layout of the car. And the ‘365 P’ part of the name reveals the car is based on the Ferrari 365 P2, purebred racecar raced by privateers in the prototype class. Despite the racecar underpinnings, Tre Posti came with a plush interior and a spectacular sunroof. This was a fool-proof recipe to stealing the show, when the car was unveiled in Paris in 1966. Over the following year, Pininfarina then took the car on a world tour bringing it to various auto shows. It managed to attract the attention of one certain Gianni Agnelli. Automotive industry giant and style icon was so impressed by the 365 P Berlinetta Speciale, he ordered Pininfarina to make two for him, extending the total model’s production run to three examples. 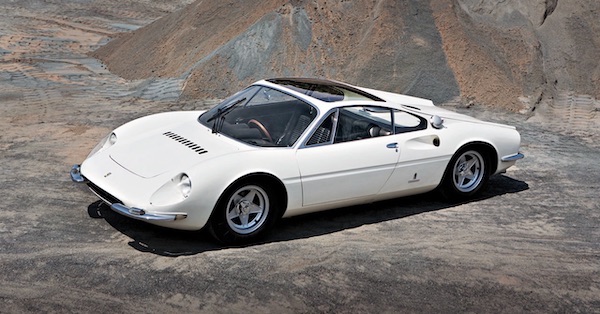 The car is low and wide, unlike anything else on the road
© Gooding & Co. 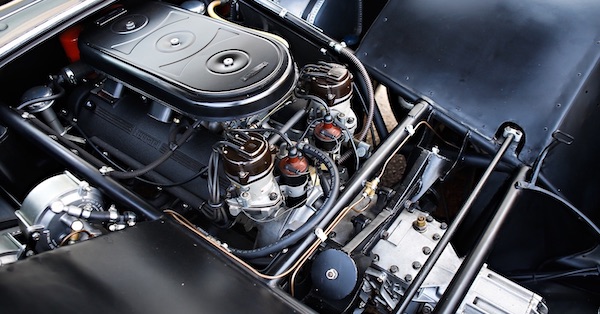 Despite the hype surrounding 365 P Berlinetta Speciale, there are no accounts on what the car with 380 hp, 4.4 l race-deriver V12 was like to drive. There is, however, an anecdotic story of a New York investment banker’s brief ownership of the Tre Posti. After buying the unique Ferrari for $26,000 in 1967, he soon found the car to be too hard to park. Another of his complaints was the lack of A/C combined with the large sunroof, which meant it got scorching hot inside on sunny days. Soon enough, he traded Tre Posti back in, exchanging it for an air-conditioned 365GT. 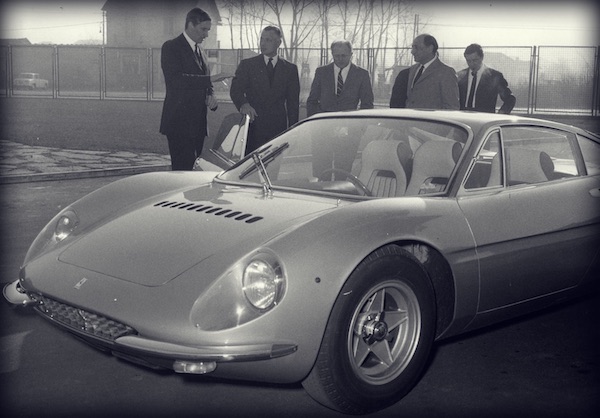 Gianni Agnelli receiving one of his two Berlinetta Speciales
© Wikimedia 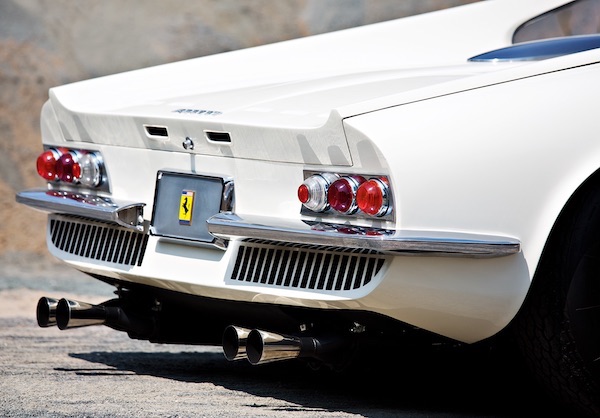 The car was briefly sold to another client, but has since then spent most of its life in the hands of Chinetti family. In 2014 they decided it was time to let go of their treasured possession and brought it to Pebble Beach, to be auctioned off by Gooding and Co. Just like in 1966, 365 P Berlinetta Speciale was in the center of attention, with the highest bidder offering $23.5 million. Yet, that was not enough to convince Luigi Chinetti Jr. to part with his one-off Ferrari.

While $23,500,000 is a staggering amount of money, it is not hard to see the reasons for Chinetti’s decision. Unique features combined with the family history do indeed make the Ferrari 365 P Berlinetta Speciale priceless.