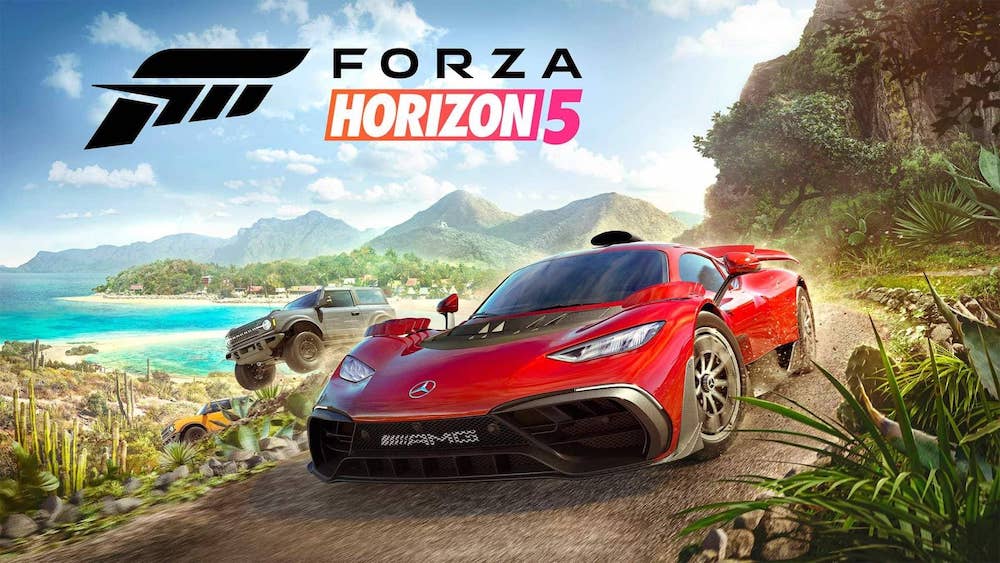 The all-new Mexico-based Forza Horizon 5 recently arrived to much fanfare, and in the name of serious research, we fired up our Xbox to see if this latest version of everyone’s favourite open world racing games lives up to the standards set by its predecessor - the excellent Forza Horizon 4

When it comes to driving games for your Xbox, PlayStation, or whatever you choose to play, there are plenty of car-based offerings to choose from. On that side of things, though, there are only a handful that can be considered game changing, canonical titles - we’re talking Gran Turismo 1 and 2, Colin McRae Rally, and Forza Horizon 4.

Now, the Xbox-exclusive Forza games, both the open-world Horizon series and its more stoic, Gran Turismo-rivalling ‘Forza Motorsport’ sibling, have always been good. Very good. Even so, the Horizon games felt largely exercises in style over substance. That is, until the arrival of a Horizon 4 in 2018.

Horizon 4 rebooted the franchise. It still packed the stunning jaw-dropping visuals of the first, second, and third installments, but it just felt somewhat more grown up.

The game’s handling physics were not as arcadey as its predecessors, yet it was still massively accessible and enjoyable; the cars weren’t all whizz-pop-bang, hairy-arsed performance cars, and it was set in a fictional version of the North West of England and Scotland - places that boast some of the finest driving roads in Europe, and prove that the The Divine Potter did indeed have a robust sense of humour and fun. 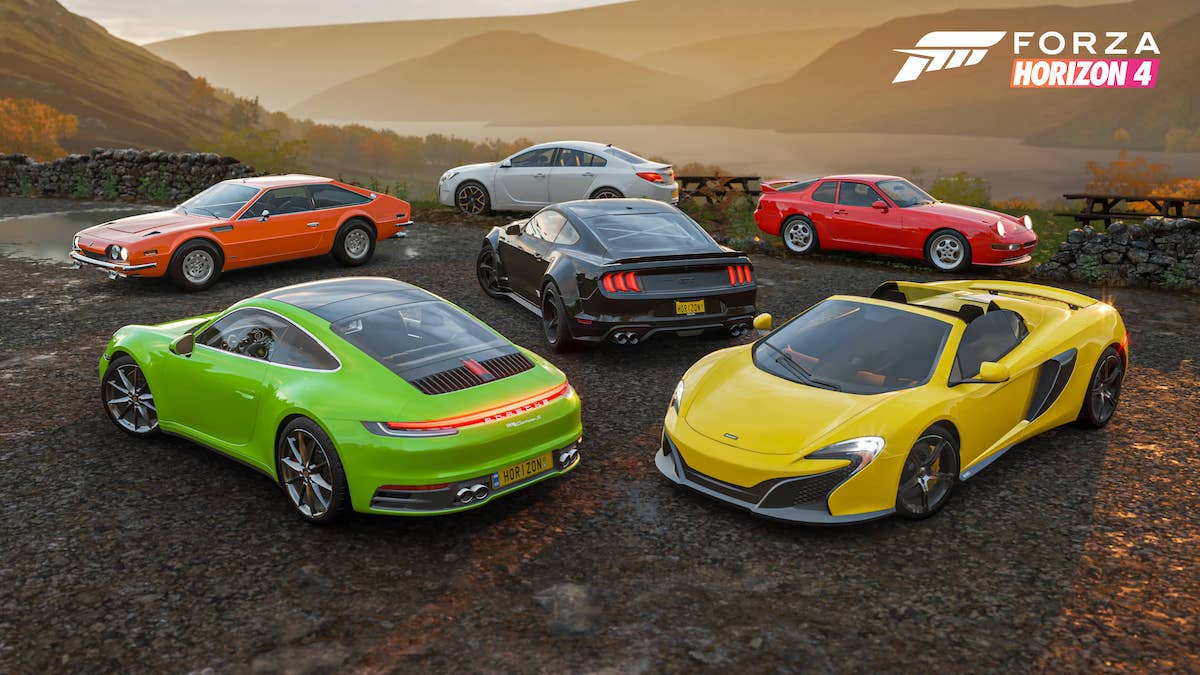 Imagine then, when Forza Horizon 5 was announced at this year’s E3 2021 event, we - along with most others who rank Horizon 4 as one of the greatest open-world driving games ever - were weak at the knees with excitement at the prospect of an even better version than its predecessor.

Nonetheless, we still had some niggling questions… would Horizon 5 be as polished as the one that came before? Would its new location in dusty, sun-kissed Mexico suit the game as perfectly as cloudy, drizzly Albion? Ultimately, was there too much hype surrounding the new game?

Well, to answer these hugely important questions, we fired up the Xbox to carry out some very serious, much-needed research which - at the time of writing - has been going on for the best part of a week now.

Here’s what we’ve found so far…

Modern classic cars such as the Mercedes AMG Hammer Coupé, BMW M3-GTR, and other youngtimers are plentiful and do not cost extortionate amounts of money…

The Mercedes AMG ‘Hammer’ is one of most exciting youngtimers up for grabs in Forza Horizon 5, and it’s easier to access than ever
© Forza Motorsport

For all of its plus points, one of the criticisms we had about Forza Horizon 4 was that some of the classic and modern classic cars it boasted were not massively accessible. One of the cars we coveted was the Mercedes 300 CE 6.0 AMG ‘Hammer’ because it’s a Bruno Sacco masterclass in timeless Mercedes design and early AMG powerhouseness. Unfortunately, getting hold of one of these ultra rare (only 12 of them were ever made in the real world!) involved completing a tonne of seasonal challenges that ultimately became a tiresome pain in the arse after a while. So we gave up. In Horizon 5, the Hammer is thankfully a pretty regular feature in auctions, and they’re not exactly uncommon within Wheelspin prizes, either. Other classic cars we’re happy to see included are the original Alpine A110 1600, the BMW M3-GTR, the Peugeot 205 Rallye, and the Toyota FJ40.

Barn Finds are way more interesting - and most importantly, easier to find - than on Forza Horizon 4...

Barn Finds were one of the most rewarding aspects about Forza Horizon 4. For many of us, discovering a classic that’s been reclaimed by nature is something that only a handful of lucky folk can ever actually do whilst the rest of us dream. Happily, the game’s producers, Playground Studios, allowed us to roam the virtual UK on the hunt for all sorts of abandoned classic and modern classic cars. Yet for most of us of a petrolistic bent, a great deal of them were not, erm… massively inspiring. That’s all changed though with Horizon 5, and already - and this is just in the space of a week - we’ve unearthed a 1973 Porsche 911 Carrera RS, a 1962 Ferrari 250 GTO, a 1968 Ford Mustang GT 2+2 Fastback, and a BMW 2002 Turbo. There’s nine more to come across, and where the latest barn finds are now easier to locate than ever, we can say without a doubt that after-work barn finding is one of our favourite things about Forza Horizon 5. The only thing we’re not keen on is the Barn Find guide who’s a tad annoying because he doesn’t seem to have much of a clue what he’s talking about. If you’re listening, Playground Studios, get Jonny Smith from The Late Brake Show to narrate these sequences for Horizon 6…

EVs have finally made it into the Forza Horizon mainstream… 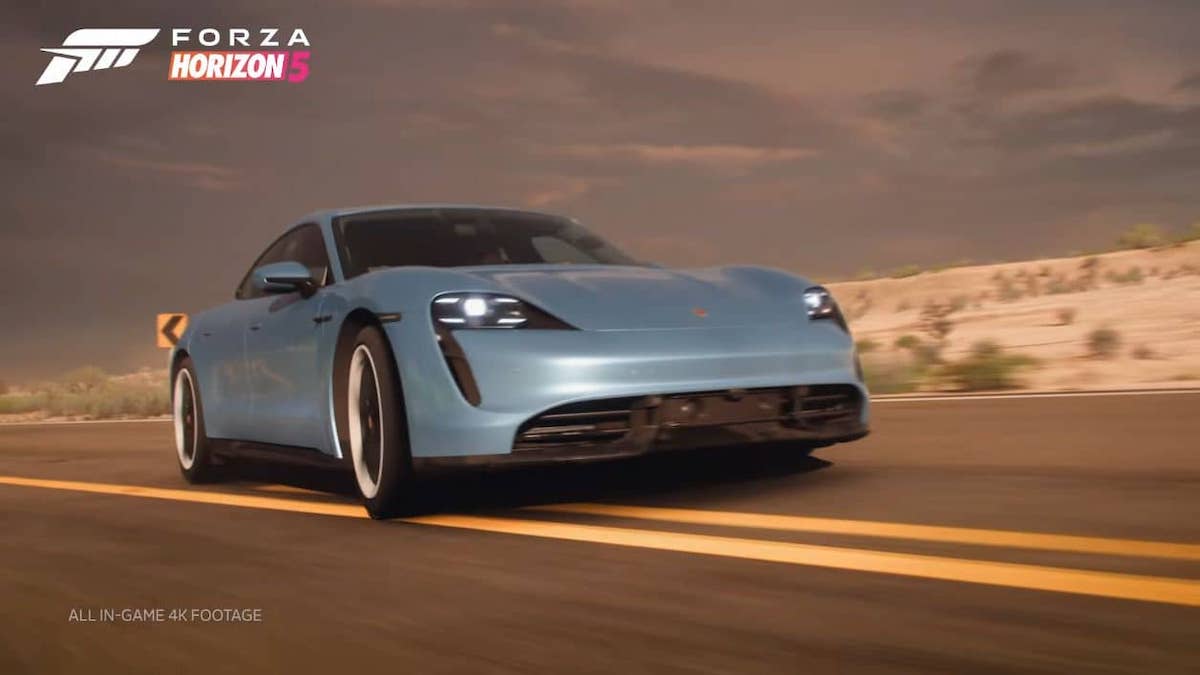 Extremely fast and stunning to behold, the Porsche Taycan is a welcome all-electric addition to the Forza Horizon 5 family
© Forza Motorsport

Electric cars have long-been part of the Forza Horizonsphere, with a handful of Teslas appearing in earlier games. What’s more, Horizon 4 saw the addition of one of our favourite EVs, the Ian Callum-designed Jaguar I-PACE . Yet like the AMG Hammer, it wasn’t exactly accessible. What’s more, it was the sole EV included in the game. In-keeping with the growing global demand for EVs, Horizon 5 finally gives you the chance to buy the I-PACE from the off. What’s more, the Porsche Taycan, Rimac Concept 2, and the Lotus Evija are also available for you to tear around in without feeling guilty about polluting the (virtual!) environment. Whilst these EVs may constitute a very small percentage of the game’s 500+ car list, the fact they’re simply included is highly welcomed. Earlier this year, Project Cars 3 was given an add-on pack devoted solely to EVs, so expect to see something similar for Horizon 5 sooner than later. We’d be more than happy to see a digital Polestar 2 make an appearance, wouldn’t you? 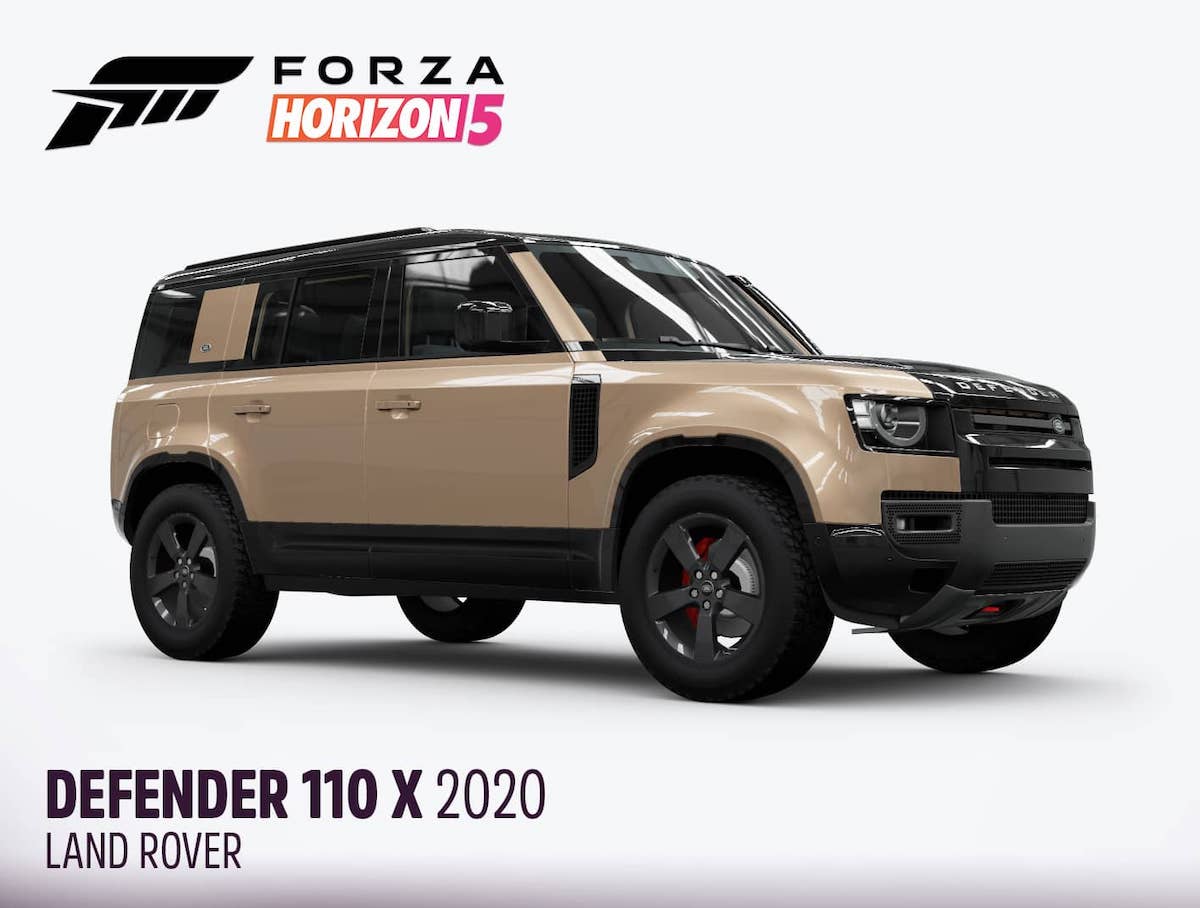 The definition of a classic car is largely subjective, but we like to think we know a classic car - or a future classic car - when we see one! Since Horizon 4, there’s been a tonne of exciting new cars released, and most importantly, plenty of these have been added to Horizon 5! We won’t name all of them because that’ll spoil the fun, but just some of the cars included we’d bet £5 on to receive future classic status are the Alpine A110 (the new one!), the Ford Bronco, the Aston Martin DBS Superleggera, and the 2020 Land Rover Defender. 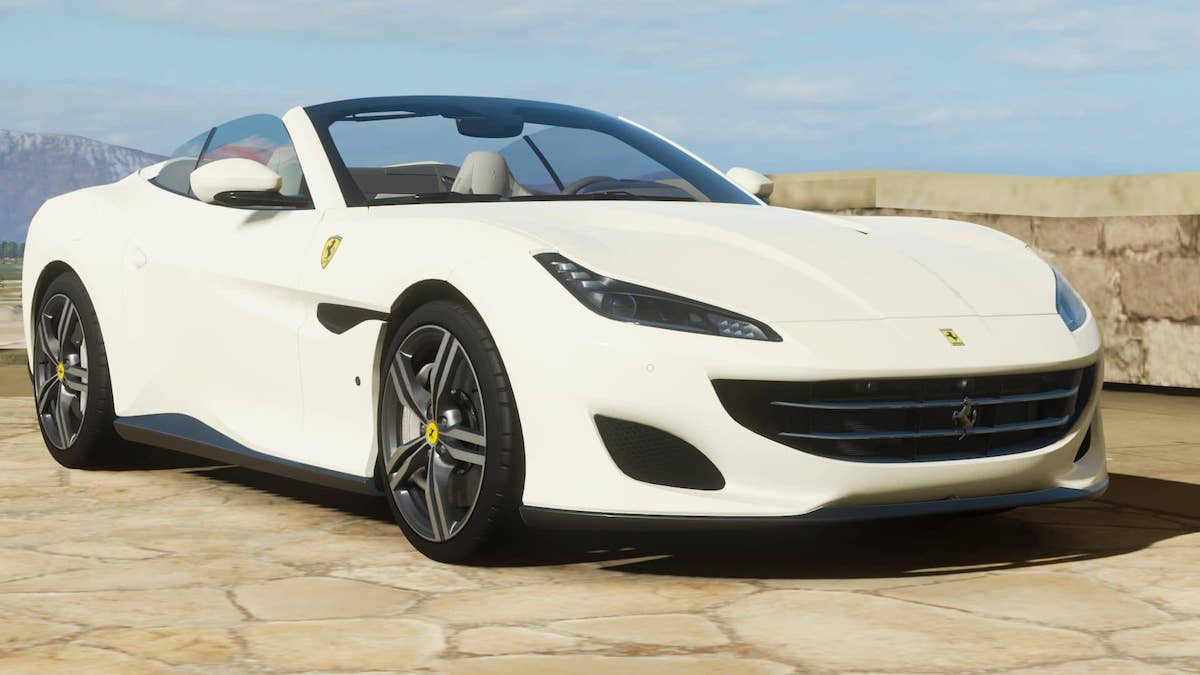 Yes, it’s a gimmick, and no, it doesn’t add anything to the gameplay, but you can drop the roof on a handful of convertible cars including the glorious Ferrari Portofino. Being able to pull over and drop the hood of your car at the touch of your D-Pad is a genuinely nice touch that’ll appeal to your inner child. Hats off, and thank you for making us feel 12 again, Playground Studios!

Ultimately, Mexico is more fun than the North West and Scotland… 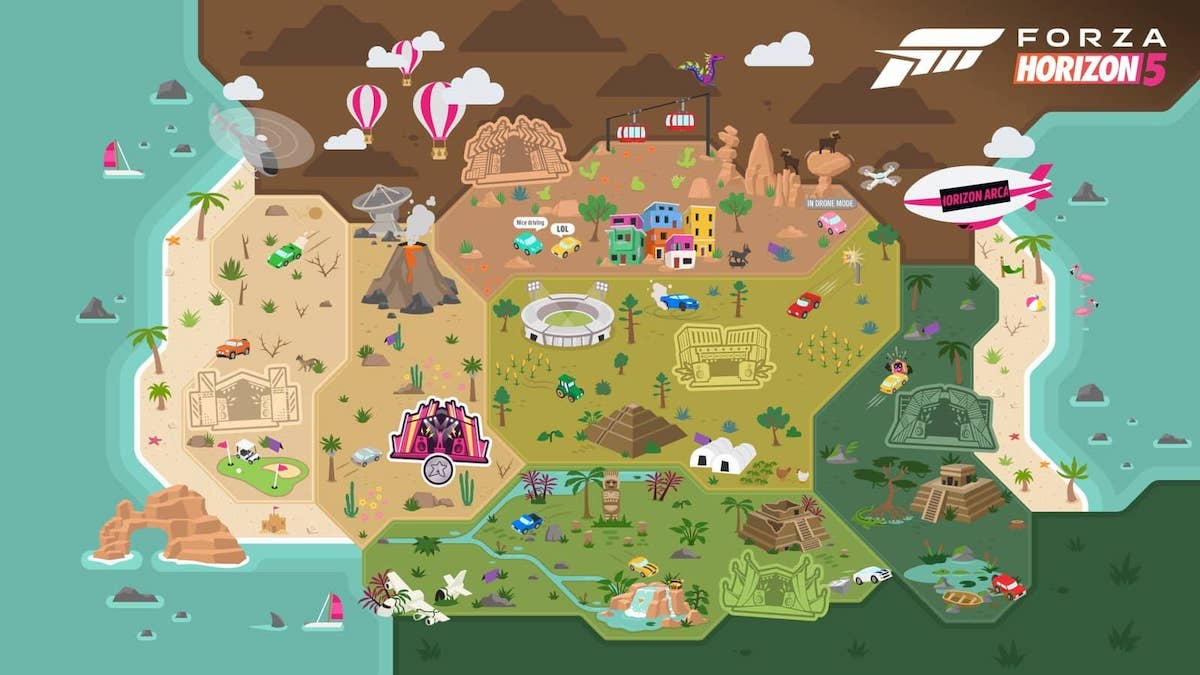 Britain’s North West and Scotland are nice places to be. The North West is home to God’s city, Manchester. It also boasts the Cat & Fiddle Pass, one of England’s most challenging and picturesque roads*. Scotland, meanwhile, is home to Buckfast Wine, Edinburgh, and the highly-revered North Coast 500. Unfortunately, one of the trade offs of living in either of these places is that it rains for about 400 days a year, and November makes 50 Shades of Grey sound like a positively tropical colour palette. In short - if you live somewhere where the weather’s a bit poo this time of year, fire up your console or PC and let Forza Horizon 5 help you shake away those winter blues.

This is just the start… 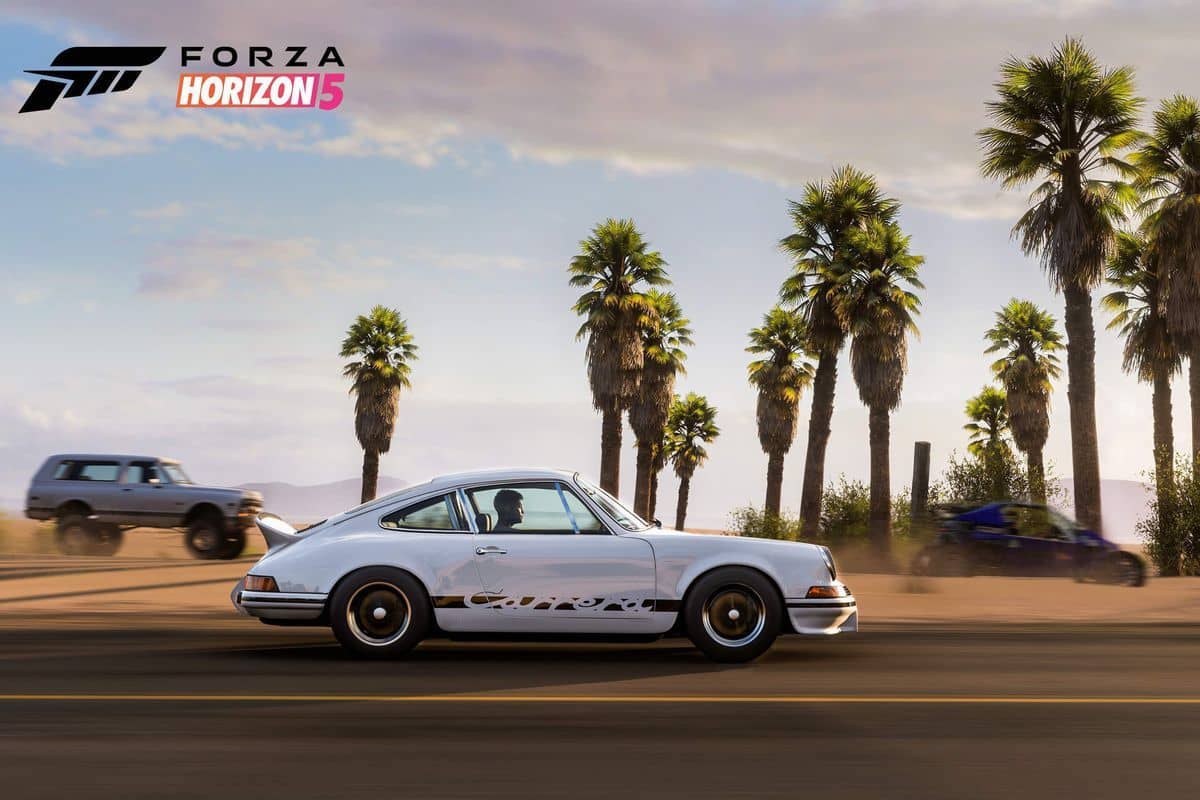 Further expansion packs have already been confirmed for Forza Horizon 5, which bodes well for the game’s future and longevity
© Forza Motorsport

Forza Horizon 4 had a good innings, and you could still do a lot worse than buy it today if you’re not ready to go all-in for Horizon 5. Throughout its lifespan, Playground Studios developed plenty of add-on packs for the older game, and they massively contributed to its longevity and its sense of fun. In fact, even a Bond Car pack was made available back in 2019! As for Horizon 5, well… it only launched last week, and two add-ons were up for grabs on the Microsoft Store from the off. What’s more, further expansions have been announced for the future. To say this is a good thing is an understatement. If you derive even the smallest sense of enjoyment from driving cars fast, then we cannot recommend this game enough. It’s a total masterpiece.

We hope you enjoyed our run-down of Forza Horizon 5, and if you want to read a more detailed review of our favourite video game of 2021, then click here.

What’s more, if any of the cars from the game we mentioned are of interest to you, then click here to find your REAL version amongst the thousands of classic and modern classic cars we have listed for sale on Dyler.