The Scissor Door’s Inventor from Italy

What’s the best way to describe the Alfa Romeo Carabo? Perhaps the most appropriate word is “influential”. When it came out in 1968, this concept vehicle showed the world that different cars – ones with a lot of sharp corners, a wedge design with incredibly low suspension, and previously unseen “scissor doors” – can also exist.

The creation of Bertone, which was one of the most well-known design companies of that time, it was designed by Marcello Gandini and shown to the public for the first time at the 1968 Paris Motor Show. It is a concept car that never went into serial production (Alfa Romeo never even considered that) and never appeared at an auction.

The Carabo was built on the platform of the Alfa Romeo 33 Stradale with a 2.0-litre V8 engine mounted in the middle of the car that made 230 bhp and red-lined at 10,000 rpm. This is connected to a 6-speed manual transmission transmitting power to the rear driven wheels. Theoretically, these parameters should have allowed the Alfa Romeo concept to achieve a top speed of 250 km/h and accelerate to 100 km/h in 5.5 seconds.

The concept stood out for its size. It was short (4.18 m), wide (1.79 m) and low (99 cm), and the entire body only weighed one ton. These four key words – short, wide, low and light – later became the cornerstones of some supercars in production, and was a philosophy that Lamborghini suited best. 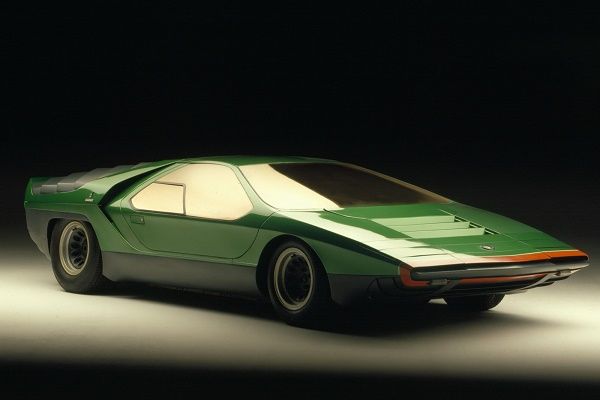 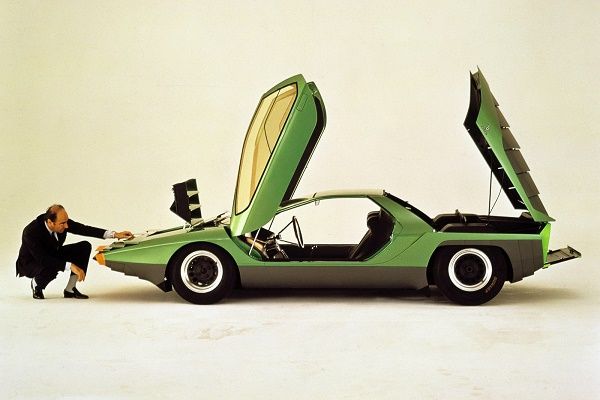 Paradoxically, the Carabo’s story began with the manufacturer’s problems: sales of the Alfa Romeo 33 Stradale were not great due to the high price of the car, so Alfa had a few spare platforms which it gave over to design companies. This is how concept cars such as the Italdesign Iguana, the Pininfarina 33.2, the Pininfarina Cuneo, the Bertone Navajo, and the most influential of all – the Alfa Romeo Carabo – came about. Its forms were used as the basis of numerous cars which ended up on posters that teenagers decorated their bedrooms with and adults hung in their garages.

The Lamborghini Countach, which was also designed by Marcello Gandini, is even considered the serial production successor of the Alfa Romeo Carabo. The list of other cars designed according to the same Carabo vision is more than impressive: Marcello Gandini created the Stratos 0, Pininfarina designed the Ferrari Modulo, and Ferrari hired Bertone to come up with the successor of the Dino 246 GT – the 308 GT4.

The “Wedge Design Revolution” didn’t only impact coupé supercars. William Towns applied the same principles in the development of a sedan and the result was stunning – the Aston Martin Lagonda. The first generation Ford Fiesta and Volkswagen Scirocco are also considered design offspring of the Carabo.

The Americans and the Japanese adopted this fashion in the 1980s. The Chevrolet Camaro, the Pontiac Firebird, the Chrysler Conquest and the Honda CRX are just a few of the names that you can enter into Google Images to see pictures of cars that bear quite a few similarities to the green, angular Alfa Romeo Carabo from the 1960s. 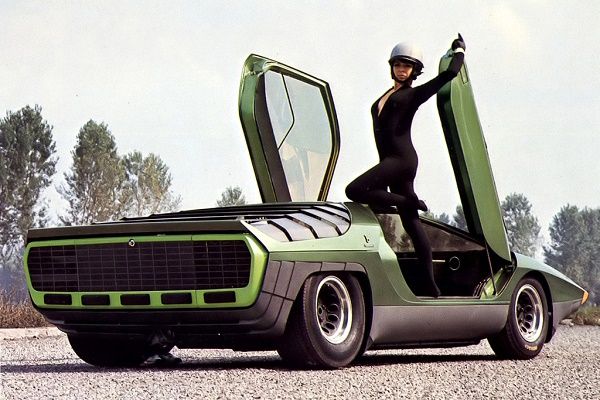 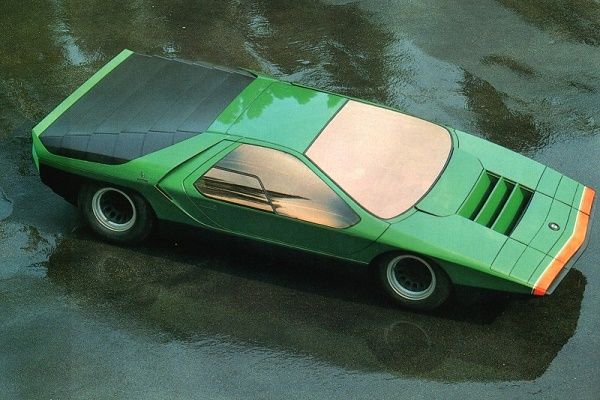 This concept vehicle was never sold, even though there were many attempts to acquire it. However, the principles of the Bertone design studio were always stronger and the concept remained in the company’s museum. Some enthusiasts who weren’t able to purchase a real Carabo created replicas using the same Alfa Romeo 33 Stradale platform or even a De Tomaso Pantera platform – today there are close to a dozen of these around the world.