“Gentlemen, start your engines!” – this is one of the most well-known phrases in motorsport, traditionally used to start various races. Yet with regards to the 24 Hours of Le Mans, there was a time when the race began with the drivers running to their cars. One person managed to change all that.

It’s 1969, with 400,000 people watching the start of the 37th Le Mans. The drivers set off running so they can jump into their cars as quickly as possible. Everyone is rushing except for one newcomer to this race – a Belgian named Jacky Ickx – who walks over to his Ford GT40. This is his protest to this type of start, when drivers begin racing without putting on their helmets or safety belts in order to save a few seconds. It was precisely under these circumstances that his compatriot Willy Mairesse was seriously injured a year ago during the 1968 Le Mans; unable to continue his racing career after the accident, Mairesse decided to commit suicide. 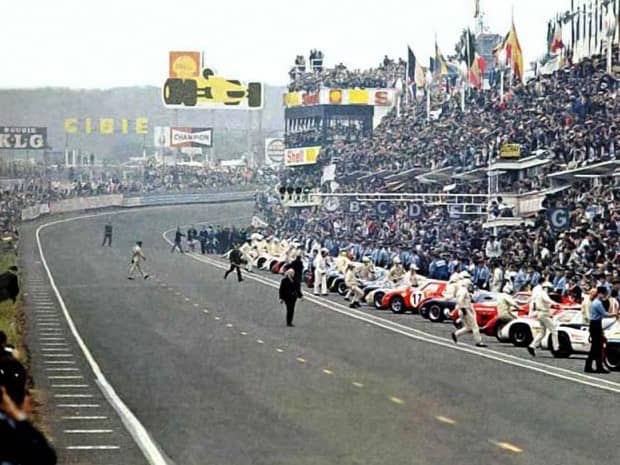 Once he got in his car, Jacky Ickx put on his safety belt and started last. In what was perhaps an irony of fate, the very thing he was protesting occurred at that moment on the track: on lap one, John Woolfe had an accident in his Porsche 917 and was killed because he had not taken time to belt himself in. The race only resumed a couple of hours after the incident, and eventually turned into a head-to-head battle with the Porsche 908 and Ford GT40 teams competing for position.

Teamed up with a Brit named Jackie Oliver, Jacky Ickx ultimately won the race. It was probably the most dramatic finish in the history of Le Mans: the victors had a competitive margin of just a few seconds – or a bit more than 100 meters – over the Porsche 908 of Hans Herrmann and Gérard Larrousse, who finished in second place. It was Ford’s fourth victory in a row as well as its last in the history of Le Mans, ending the GT40's dominance in the late 1960s. 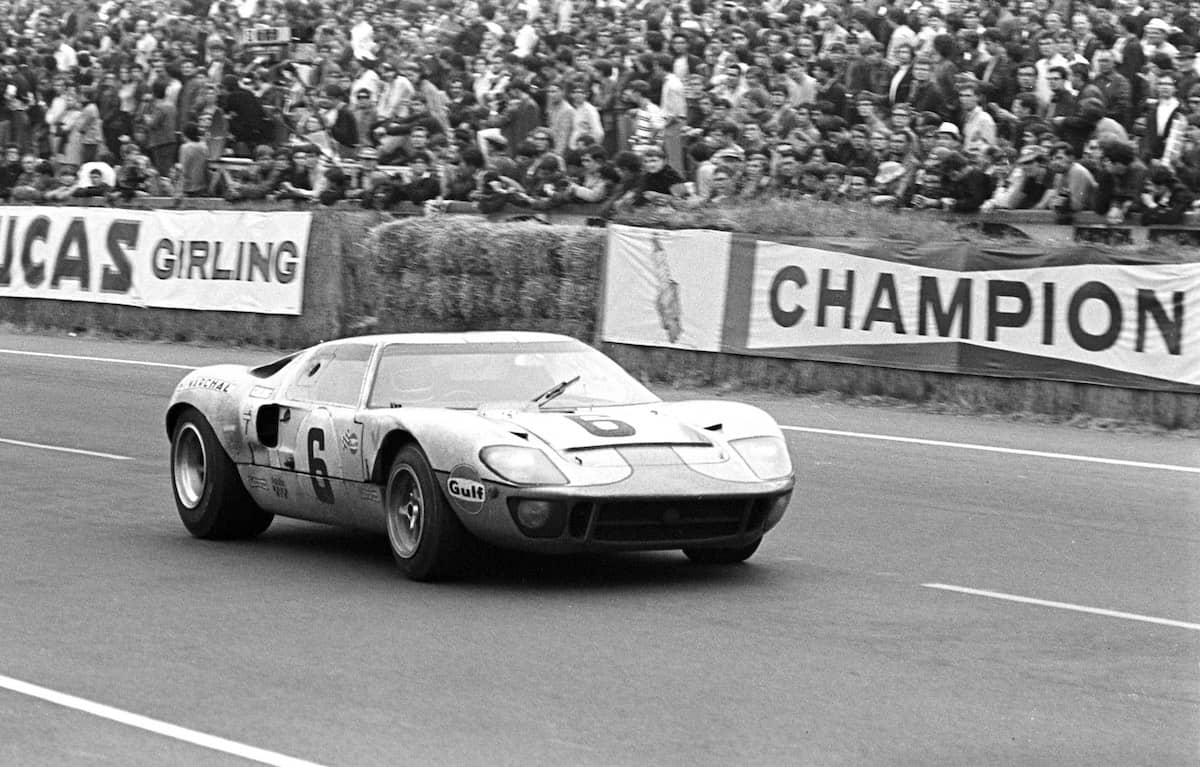 However, another victory was no less important to Jacky Ickx. His protest did not go unnoticed and the rules were changed from 1970 so that all drivers started the race sitting in their cars to prevent them from risking their lives to save a few extra seconds. As of 1971, a rolling start was introduced with the green flag given after the cars take a warm-up lap.

Thus ended the rather interesting era of the Le Mans-style start that some car manufacturers had made adaptions for. For example, it was because the drivers had to run to their cars and start the engines themselves that Porsche put the ignition key switch to the left of the steering wheel (which is now one of the signature features of Porsche production cars). This made it possible to save a few tenths of a second, since once he got in the car, the driver could start the engine with his left hand while simultaneously putting the transmission into gear with his right.

The man who changed the Le Mans start, Jacky Ickx is considered one of the most interesting race drivers of the 20th century. Born in Belgium in 1945, he had numerous resounding victories over the four decades that his career lasted, including six Le Mans titles which gave him the nickname “Monsieur Le Mans”. He tried various forms of racing, and that made him stand out from all the others. He participated in Le Mans as many as 15 times, and also left his mark in the history of Formula One. He had 116 F1 starts, with 13 pole positions, 8 wins and 25 podiums; in both the 1969 and 1970 Championships he finished second in the final standings. 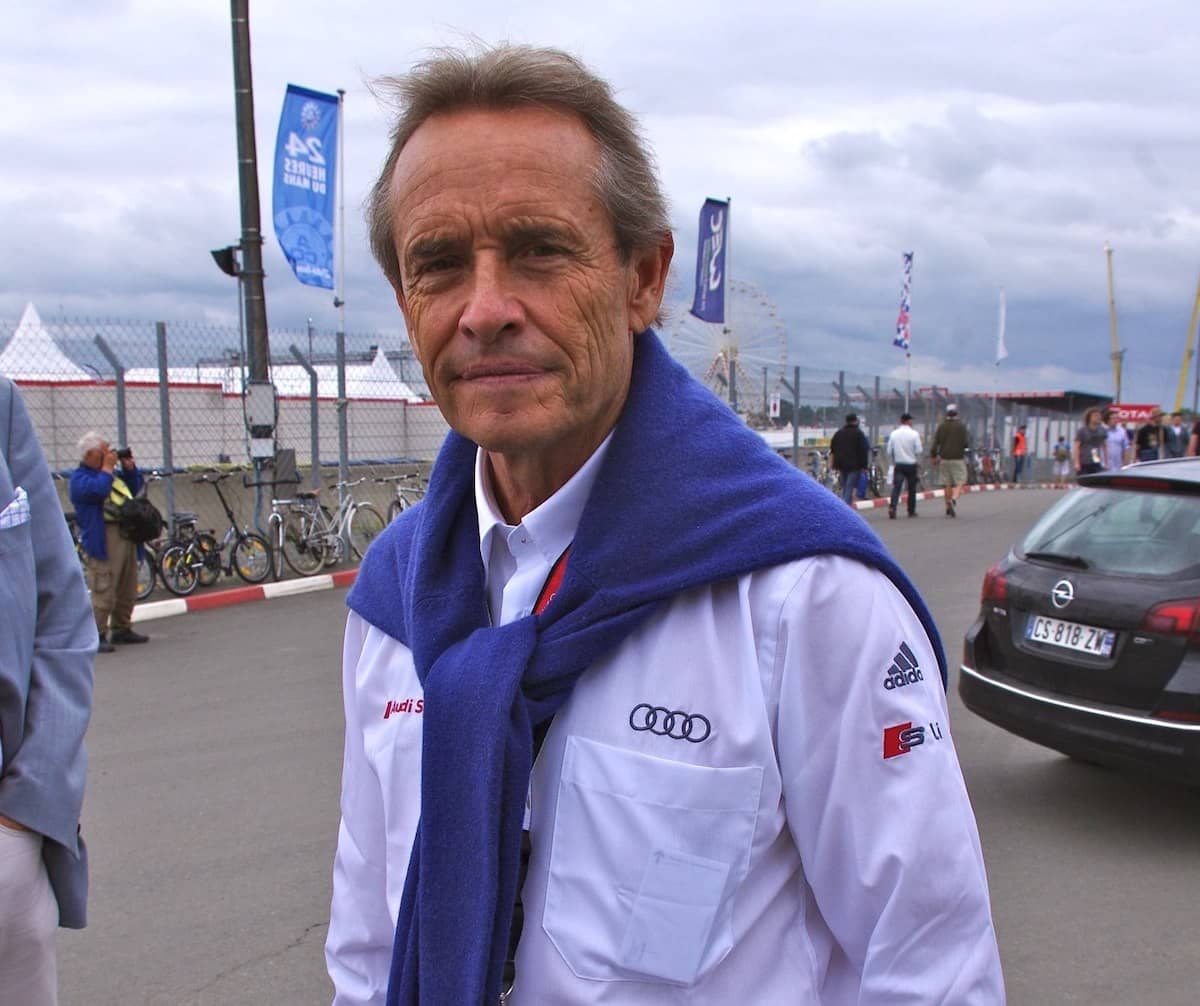 Among Jacky Ickx’s other important achievements, it is worth mentioning two World Endurance Champion titles in the 1982 and 1983 races, as well as victories in Formula Two (1967) and the Paris-Dakar Rally (1983). However, despite all of his victories, the story that took place at the 1969 24 Hours of Le Mans will still remain one of the most remarkable events in his career.