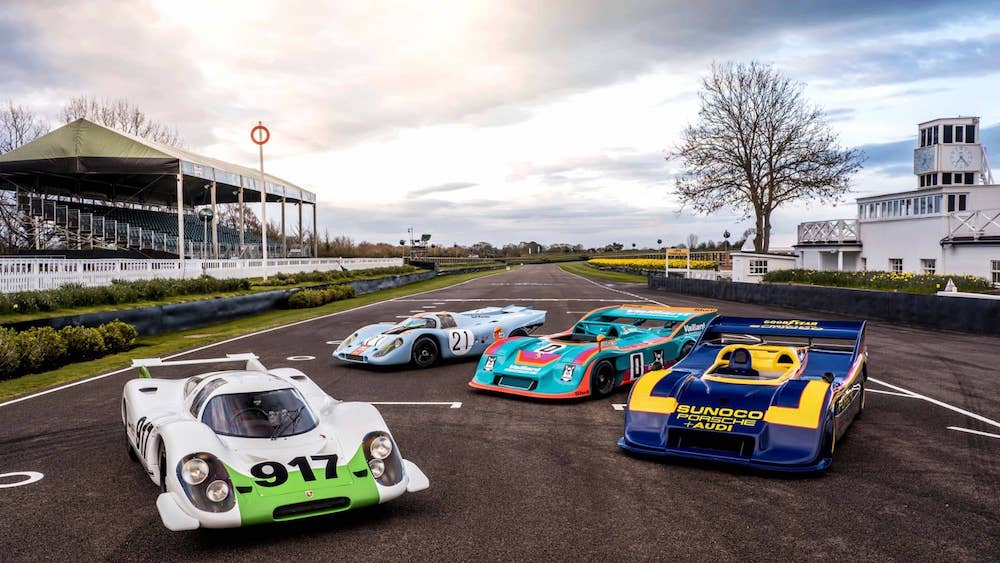 Synonymous with quality and reliability, Porsche has forged a well-deserved reputation for building very good, drama free sports cars. Yet whilst there are plenty of Porsche aficionados out there - and for good reason! - Stuttgart naysayers will not hesitate at describing these widely-loved cars as “sterile”, “boring” and “nerdy” in comparison to a Lamborghini or a Ferrari.

And whilst a Porsche will never be anywhere near Lambo levels of showy or an “automotive theater kid” like some of its peers, it is a manufacturer that has always gone its own way in its own way and consistently shows itself to be at the forefront of alternative engineering solutions. 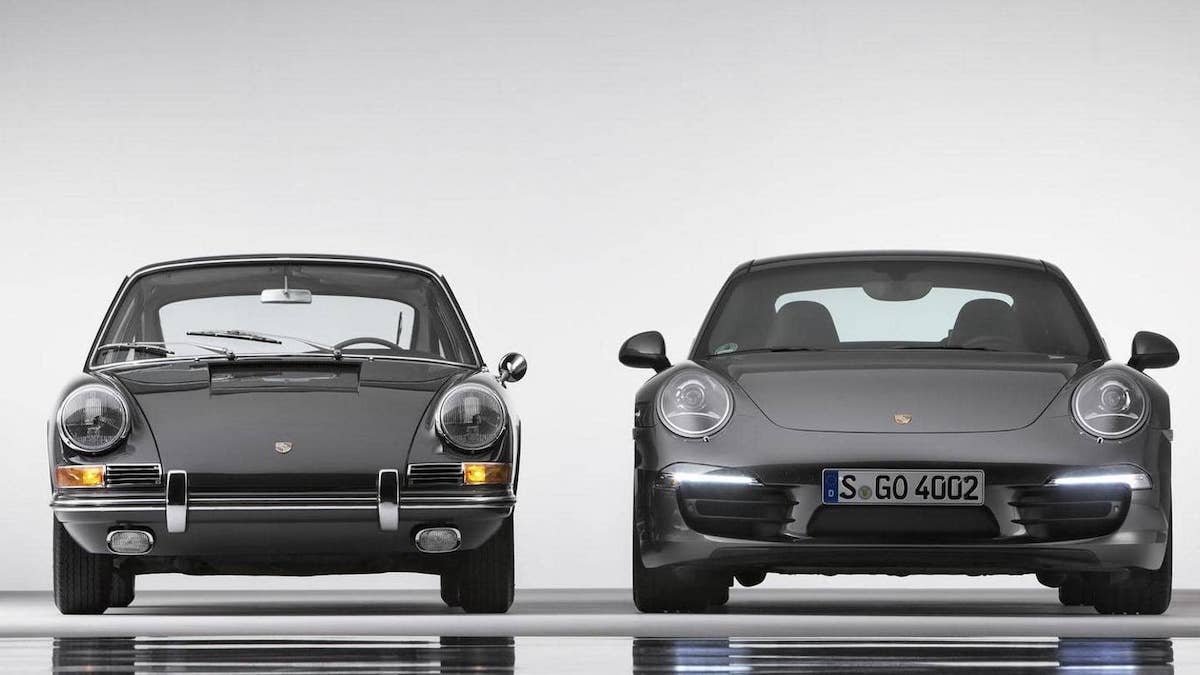 Bigger, fatter, faster, stronger - the Porsche 911 is one of the world’s greatest driver’s cars largely thanks to Porsche’s obsession with engineering perfection and doing its own thing
© Porsche Newsroom

After all, can you think of a carmaker that would have persevered for so long with the rear-engine, (mostly) rear-wheel drive configuration of the 911 and turned it into one of the greatest driver’s cars the world has ever seen?

Given Porsche’s obsessiveness with detail and pursuit of engineering perfection, we don’t get to see its funny side very often. Make no mistake, though. It does have one - it just manifests itself in different ways as the list below of Porsche cars from over the years will show… 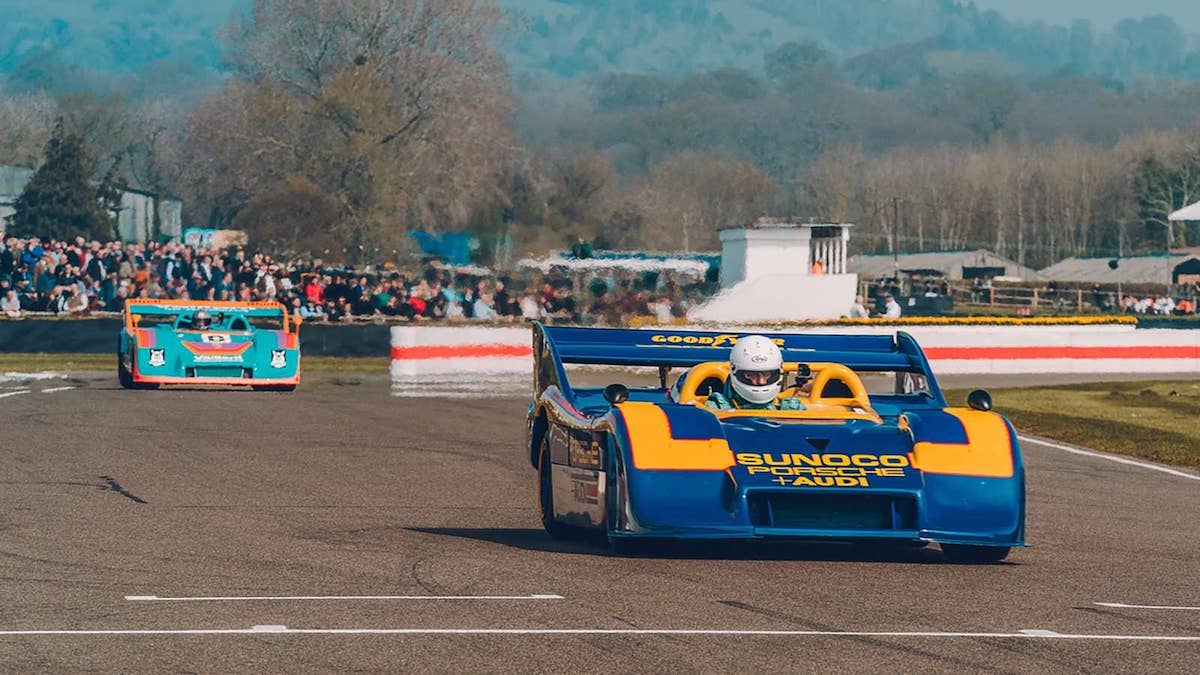 With 1,600bhp and a top speed of 240mph, it’s no surprise that the Porsche 917/30 destroyed the opposition in CanAm
© Porsche Newsroom

A flat-12 engine. Two turbochargers. 1,600bhp with the boost fully wound up. That’s pretty much everything you need to know about the Porsche 917/30. Oh, and the top speed? An alleged 240mph. Like the 919 Hybrid Evo we’ll look at later, the 917/30 is what happens when Porsche throws all of its intellectual and engineering might behind creating the ultimate version of one of its race cars. When Porsche turned up for the 1972 and 1973 CanAm campaigns with the Penske team and its star driver/engineer Mark Donohue leading the assault, it blew the opposition into the weeds. So much so, it effectively killed Can Am’s relatively free technical regulations at the time. Undoubtedly, the 917/30 was scary to drive. It would still spin its rear wheels around the 100mph mark. It was light, and according to accounts at the time, it wasn’t particularly safe if you crashed it. Yet for its fearsome reputation, it was, according to those who drove it, “the perfect race car”. The 917/30 still mesmerizes Porsche and sports car racing aficionados some 50 years on from its heyday. That alone is testament to what an astonishing machine it was and still is. 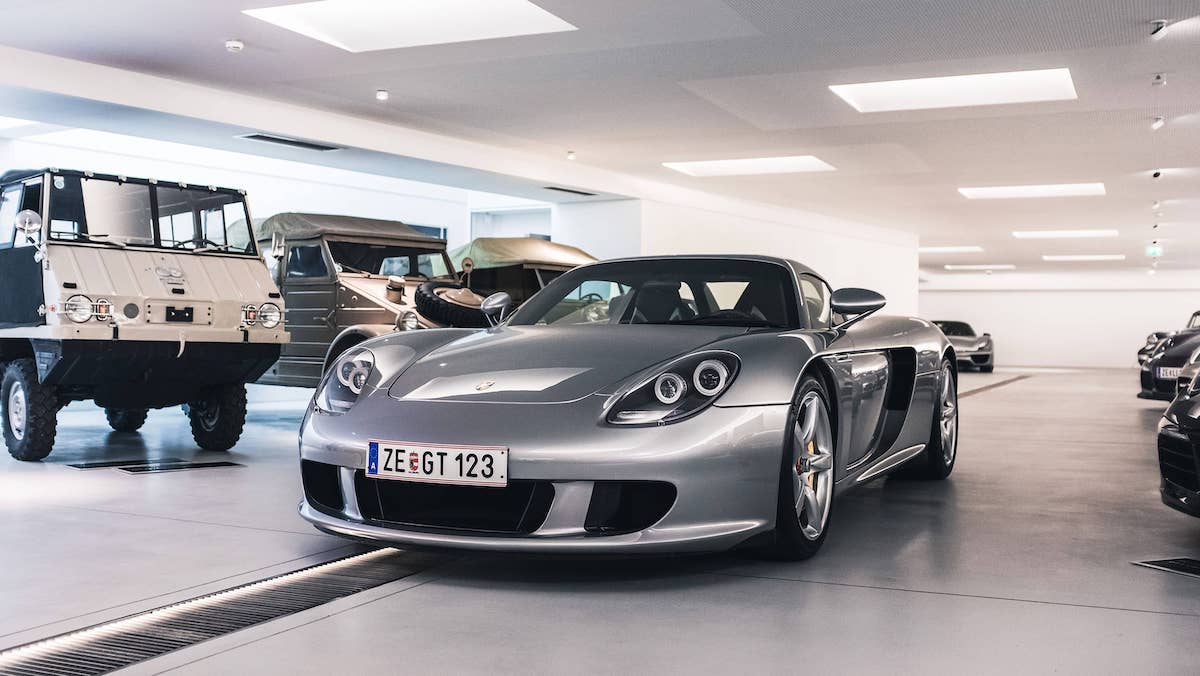 In an age of hypercars with hybrid powertrains and turbocharged engines, the Porsche Carrera GT has very much become something from a bygone age. When it was new in 2003, your £321,093 got you a carbon fiber monocoque, a naturally-aspirated, 604bhp, 5.7-liter race-bred V10 engine, a six-speed manual transmission, and er… that’s about it, really. The interior too was designed with function over luxury in mind. However, there is plenty of sheet metal and a wooden gear knob, which is all rather lovely and lovely. Unsurprisingly - remember, this is a Porsche flagship after all - the Carrera GT is sublime to drive. Its V10 barks into life on startup and it gives the car a mechanical feel that runs through every part of the car’s being. As an occupant of its low-slung cabin, you’re rewarded with an overall sensation that the car is a living entity, rather than a 206mph hypercar that’ll give you an almighty slap if you don’t drive it with the respect it deserves. When Porsche stopped production of the Carrera GT in 2007, only 1,270 were made. 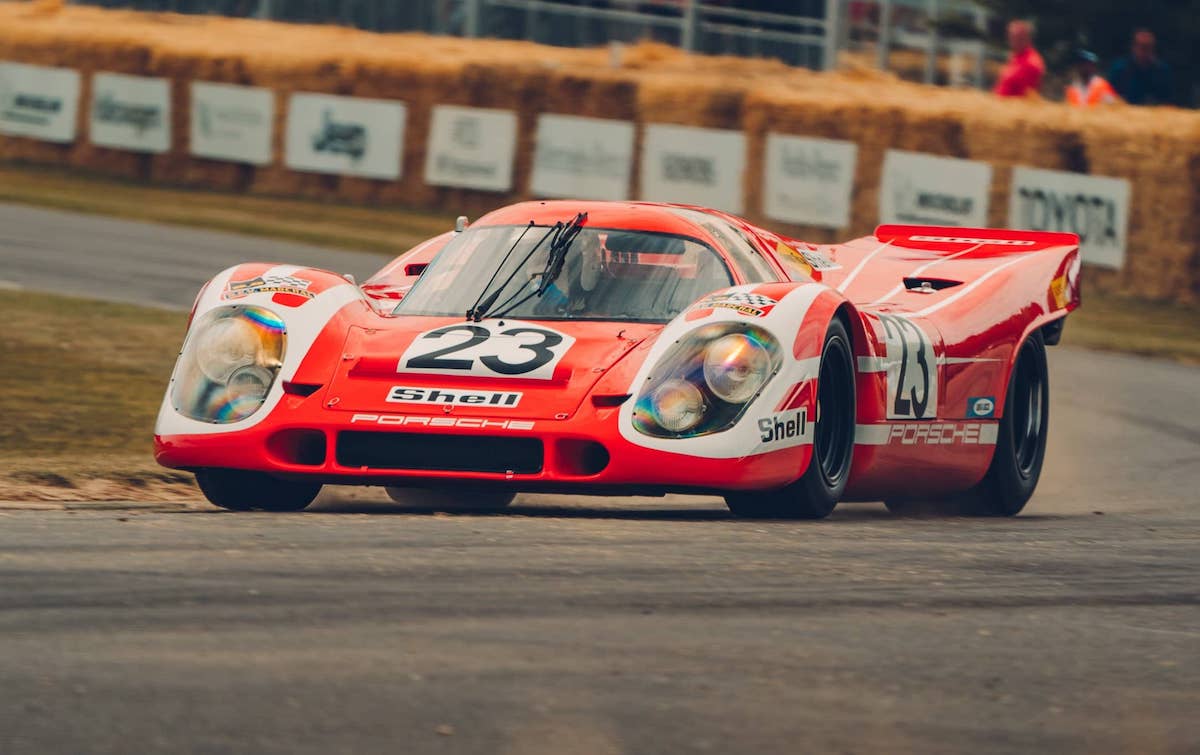 Devastatingly effective - and twitchy to drive! - the Porsche 917 can lay claim to being one of the most influential cars in motorsport history
© Twitter

The Porsche 917 was the brainchild of Porsche boss Ferdinand Piëch, Stuttgart’s engine guru Hans Metzger and engineer Helmuth Bott; the “father” of arguably the most famous name in performance car history - the Porsche 911. As you may have realized by this point, Porsche is a company that doesn’t like losing, which is largely why the 917 came to be in the first place. It was designed to not just take on Ford, Ferrari, and Lola in sports car racing, it was designed to dominate them and win the most prestigious race of them all - the 24 Hours of Le Mans. Piëch, Metzger, and Bott succeeded massively. In Europe, the 917 racked up the first of Porsche’s record-breaking 19 Le Mans victories in 1970 and 1971. It also went on to dominate the Can Am championship Stateside. Oh, and did we mention it was pretty scary to drive? In the back of the 917 was a flat-12 engine. When launched in 1969, this mighty motor produced 630bhp and sent it all through the back wheels. Given the car weighed just 820kg, cue much squirming from the car and a call for new pants for the driver. The 917’s legend was such that it was the star of the aptly-titled 1971 Steve McQueen film, Le Mans. One of the greatest racing cars of all time? Undoubtedly.

In standard form, the Porsche 928 is a handsome thing. Shark-like in profile, Anatole Lapine’s design has aged wonderfully. It’s Teutonic efficient aesthetics at its best. So, in 1987 Porsche decided it would ruin it by creating a long-wheelbase, four-door family-friendly concept version of its V8-engined GT. Behold, the Porsche 928 H50. Porsche fitted it with four proper seats, as well as suicide doors akin to those found on the BMW i3. Okay, the H50 is not hideously ugly. Nonetheless, the whole four-door aesthetic doesn’t exactly suit the clean-cut 928, does it? The H50 never made it to production, and it would not be until 2009 that Porsche added a “family” car to its range of models, the Panamera; a lovely, soothing vehicle in every guise from the entry-level V6 model to model’s particularly silly - and hilarious - Turbo S E-Hybrid flagship. 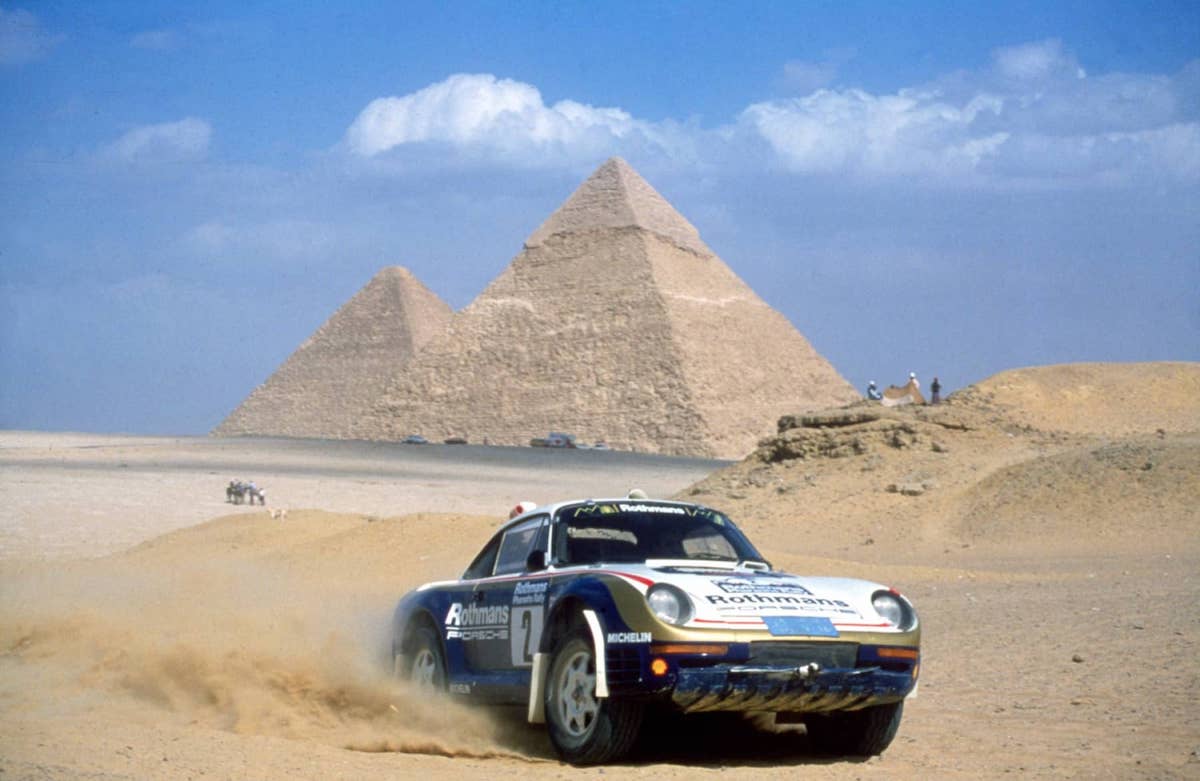 When Porsche launched its astonishing 959 back in the mid-1980s, Stuttgart’s top brass decided it would take its latest flagship rallying. Not just any rallying, but the Paris Dakar - possibly the toughest off-road event on earth. In a supercar capable of 211mph. At its first attempt with three prototype 959s in 1985, things were pretty disastrous for Porsche given none of its three cars managed the finish. However, as we’ve already established, “losing” is not a word that exists in Porsche vernacular. For the 1986 Dakar, Porsche did what it does best and went away to rectify the car’s main issues of low power and an ineffective all-wheel-drive system. The company’s brains replaced the naturally-aspirated 3.2-liter 911 engine with a 400bhp, twin-turbocharged 2.8-litre unit from the 959 and fitted an AWD system that allowed the driver to switch between different modes depending on their conditions. The 1986 car was also lighter than its predecessor and had bigger fuel tanks to cope with the vast distances covered during the Dakar. In true Porsche fashion, the 959 finished first, second, and sixth at the 1986 event. In true Porsche fashion after its victory, it then decided enough was enough and it pulled out of the event for good. 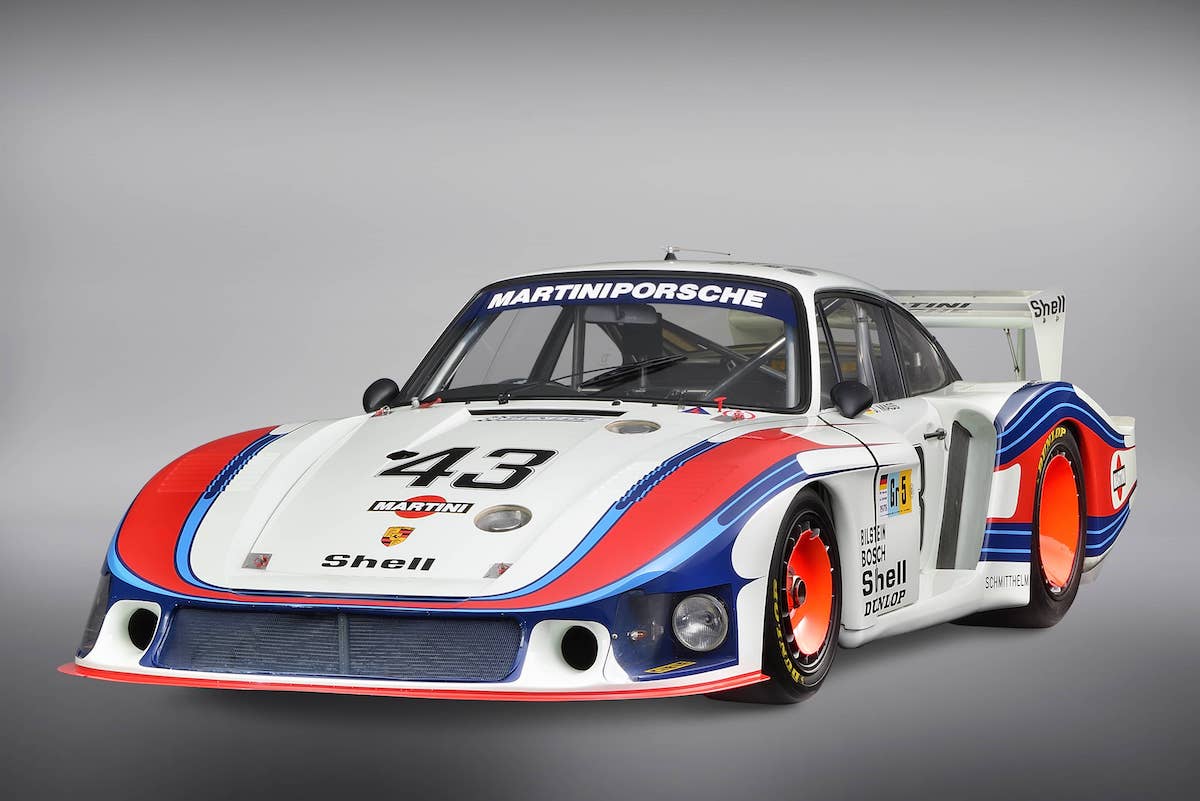 The Porsche 935/78 is arguably the ultimate 911-based race car. Designed to compete in the Group 5 silhouette sports car category of the 1978 World Sportscar Championship, this rocket ship was - once again - conceived with winning Le Mans in mind. Whether or not Porsche operated entirely legally with the design of the 935/78 is open to interpretation. Nonetheless its large, swooping, aerodynamic overhangs are what earned it the nickname “Moby Dick”. The 935/78’s 3.2L, twin-turbocharged flat-six motor produced 750bhp with the ‘standard’ 1.5 bar of boost. With the boost wound up to 1.7bar, power increased to a whopping 845bhp and a top speed of 228mph. Despite the aerospace-inspired design and insane performance numbers, the 935/78 managed only one win in the 1978 World Sportscar Championship. Disappointingly - for Porsche, anyway! - the car’s sole victory came at the Silverstone 6 Hours courtesy of Jacky Ickx and Jochen Mass. At Le Mans, despite setting the fastest lap with Rolf Stommelen and Manfred Schurti at the wheel, the sole 935/78 entered by Porsche finished eighth overall due to engine troubles. As history will show, 1978 would not be Porsche’s last crack at Le Mans. 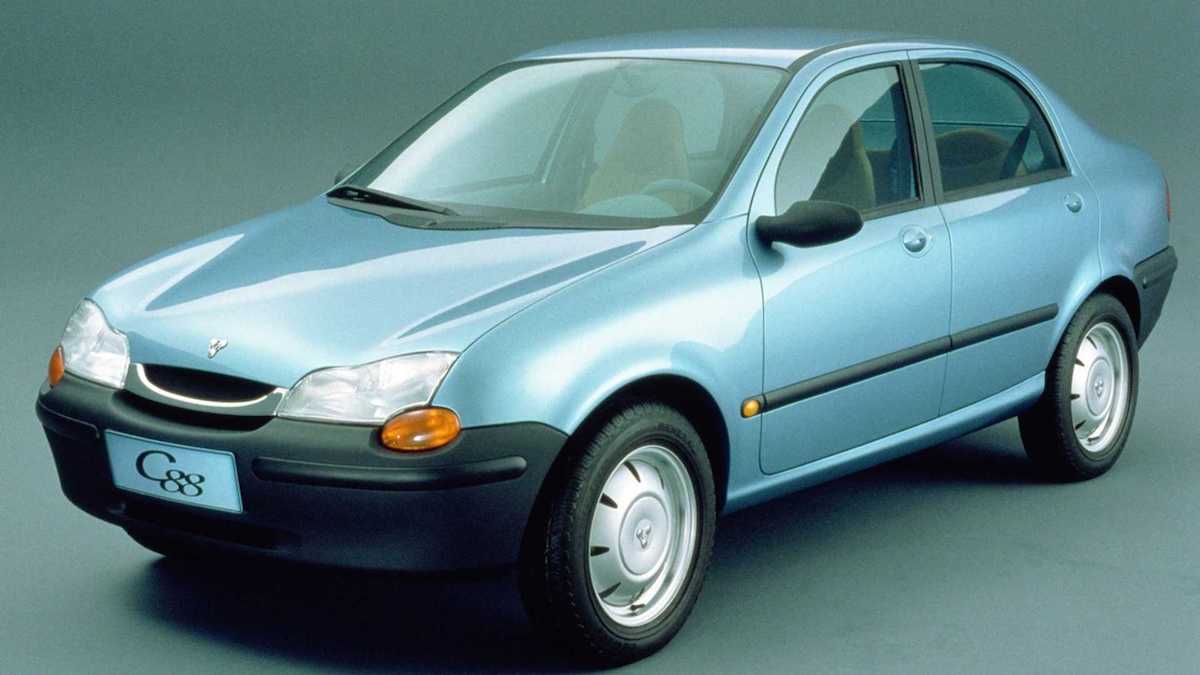 The C88 is a Porsche, but not as you know it
© Porsche Newsroom

Up until the arrival of the 996, Porsche had experienced plenty of financial instability. This being broke on more than occasion meant that Stuttgart had tied up with Volkswagen, Audi, LADA (yes, really) and er… the Chinese Communist Party at various points in its history. Back in 1994, the CCP invited a number of carmakers to design a small, cheap car for China’s domestic market. Porsche was one of those asked to participate, and in just four months, it came up with this, the Volkswagen Fox-sized C88. Powered by a minuscule 1.1-litre, four-cylinder engine, the C88 had no Porsche branding at all and boasted an interior fashioned from much shiny plastic. It was also fitted with one child seat to reflect the CCP’s one child policy. For some reason, the CCP canned its small car programme so only one C88 was produced. It now lives in the Porsche Museum in Stuttgart. If you were wondering, the ‘C’ in the C88 moniker stands for ‘China’. The ‘88’ is supposedly a lucky number in Chinese culture. 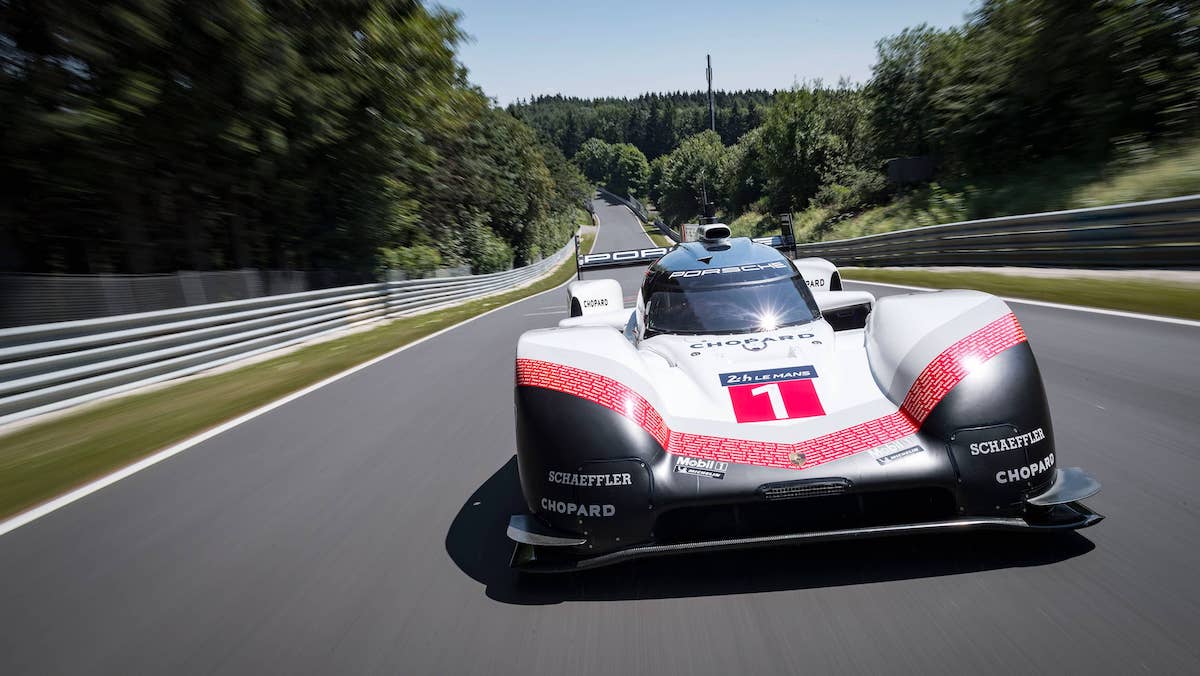 Having dominated the FIA World Endurance Championship (again!) from 2015 to 2017 with its astonishing LMP1 competitor, the 919 Hybrid, Porsche decided that at the end of 2017 it was bored with that (again!) and wanted to try its hand at Formula e. So after winning its third consecutive WEC driver/constructor title double at the end of 2017, it wound down its LMP1 programme to turn its attention to EV racing. Yet not content with giving its WEC opposition a schooling for three seasons back-to-back, Porsche decided to give its 919 Hybrid a proper send off in 2018 with its 919 Hybrid Evo. An experimental vehicle, the car did not race competitively. Nonetheless, it was Porsche at its brilliant best and it showed the world what its LMP1 programme was truly capable of had it not been constrained by the sport’s technical regulations. The Stuttgart bods removed the 919’s windscreen wipers, headlights, and the air-conditioning system to shed 39 kilograms. They then added 53% more downforce to the Evo than its predecessor, and made it 66% more aerodynamically efficient. To boost the power, Porsche’s engineers removed the fuel flow restrictions to squeeze 710bhp from its V4 motor. If that wasn’t enough, the output of the car’s electric motors was increased from 395 to 434bhp to give a total output of in excess of 1,100 bhp. The results - as you would expect - were spectacular. As part of its farewell tour, the 919 Hybrid Evo lapped Spa Francorchamps 12 seconds quicker than the ‘standard’ 919 from the previous season. Porsche also unleashed it to smash the overall lap record around the Nordschleife with a monumental time of 5:19.546. What might have been, right?

To browse the Porsche models listed for sale on Dyler.com, click here. What’s more, we also have plenty of racing cars listed. To look through them, click these yellow words!