Back in the late 1970s, Hollywood’s golden youth and wealthy bankers had completely turned away from Detroit’s dreadnoughts, which they considered to be carts for old-fashioned Texas oil barons. At the turn of the decade, American streets were flooded with small, mid-engine sports cars from Europe (mostly Italy), and the Japanese automotive industry, which was growing every day, was starting to pose a huge threat. General Motors needed something totally new – something smaller, cheaper (how else are you going to attract buyers who had instinctively turned their noses up at Americans?), and more nimble than the Corvette. And that’s how the Pontiac Fiero rolled out into the world.

Actually, General Motors had already been contemplating the idea of a “cheaper Corvette” for a while (since the mid-1960s) – a car with a fibreglass body that was realistic for people who couldn’t exactly afford a shiny, posh Corvette, or more precisely – something from the Mustang series with a Chevrolet theme. Back in 1964, Pontiac developed the Pontiac Banshee prototype, which was designed by Elliot Marantette “Pete” Estes, who was the head of Pontiac at the time, and John DeLorean, for whom it was the first car he had ever created with his own hands. That’s right, the same John DeLorean who gave the world one of the most famous and, at the same time, one of the worst cars of all time – the DeLorean DMC 12. However, GM’s management decided that the car would become an internal threat to the Corvette and ordered the Banshee project to be discontinued in 1968. But part of the ideas for the Banshee carried on in GM’s production – echoes of its design can be found in the Opel GT. 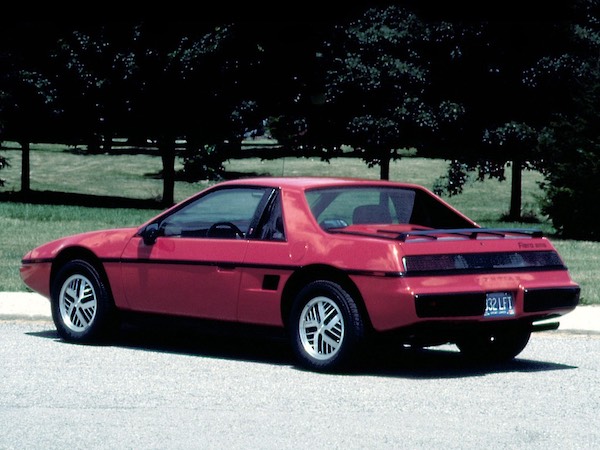 However, the era of the big cruisers from Detroit didn’t continue for long, ultimately being cut short by the oil crisis, and Pontiac came back to the idea of a cheaper alternative to the Corvette, especially when Americans began eating up inexpensive and economic Japanese cars. The combination of these circumstances forced them to quickly put together a small sports car. True, GM continued to be pained by the success of the Mustang – once the Fiero went into development, there was hope that the largest automotive corporation in the world would finally have its own Mustang.

In a few years, a new American with a European face was bred in Pontiac’s stables, and in autumn 1983, Pontiac introduced the 1984 Fiero! That was pretty fast for a car starting from zero, and was largely due to the fact that components and solutions from other GM models were used, and the only original thing the Fiero had was its design. The public had high expectations for it, but their hopes were not fulfilled. 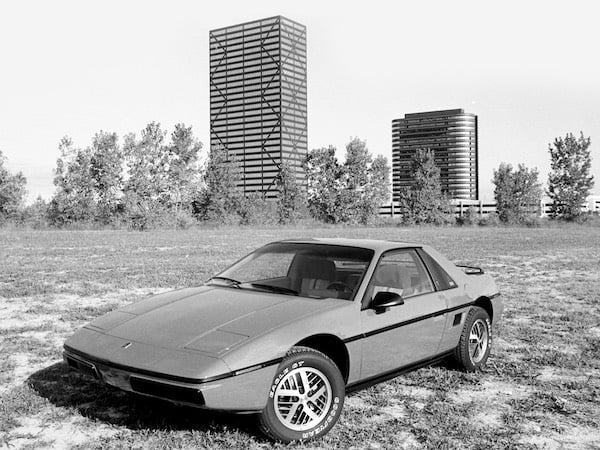 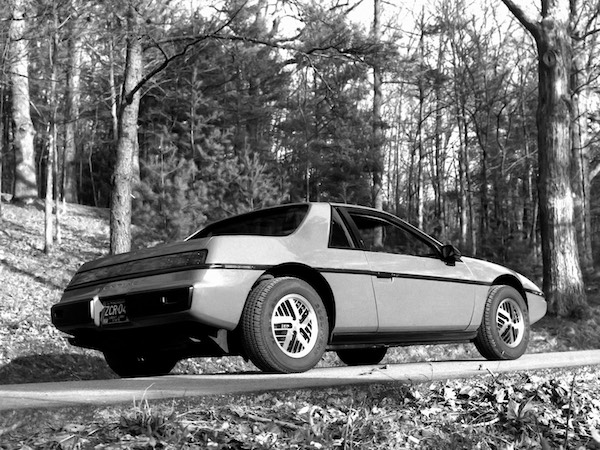 Relatively harsh criticism of the Fiero started almost as soon as it was launched. Though it initially garnered good reviews, especially from Motor Trend, the Fiero quickly began to be slammed even harder than New Coke, which came out at about the same time. Journalists had problems with the car’s handling, which was pretty sluggish for a small coupé (as if Detroit had ever produced something that was sharp on turns), as well as with the underpowered 4-cylinder, 2.5-litre engine in the standard version – what kind of American would ever want to buy a non-V-shaped engine that could only hit a top speed of 168 km/h... The fact that the car was quite heavy was also not an advantage for the wannabe racer. Yet despite all this, the Fiero sold well, and Pontiac couldn’t keep up with demand even operating three shifts. However, after the initial excitement, the Fierro nearly became the most hated car produced in the US. 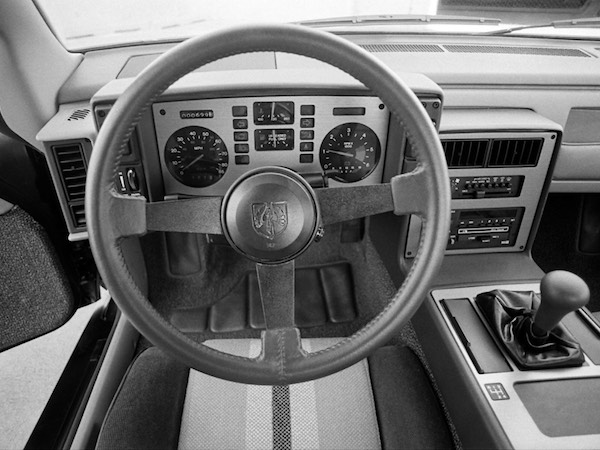 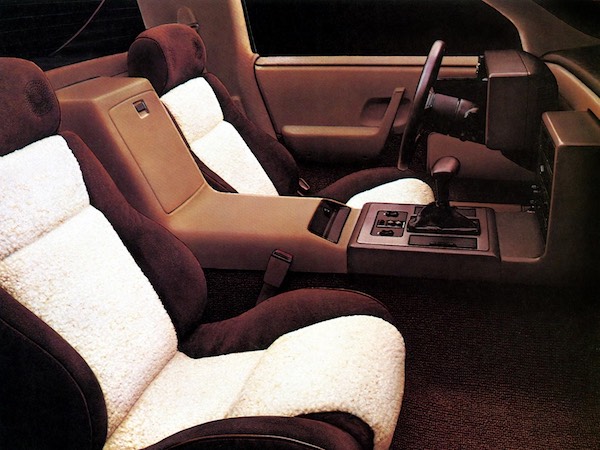 But was the Fiero really as bad of a car as they said, or did it just become cool to not like it? In terms of the Fiero’s downsides, people not only remember the sluggishness on the road that we already mentioned, but also the occasional engine fires and the frequent engine problems. A lot of people also had problems with the design, which was criticised as being a bad copy of a Japanese sports coupé, and car maintenance was not the cheapest either. The cooling system, which was very vulnerable to air bubbles because of its length, was also constantly an issue. However, the Fiero had some significant advantages as well. Its design was a breath of fresh air for the Pontiac brand, whose cars were considered to be boring and outdated, and the body was assembled from plastic panels. 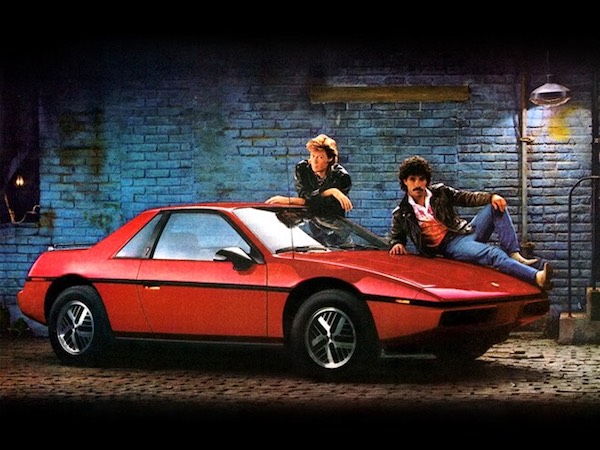 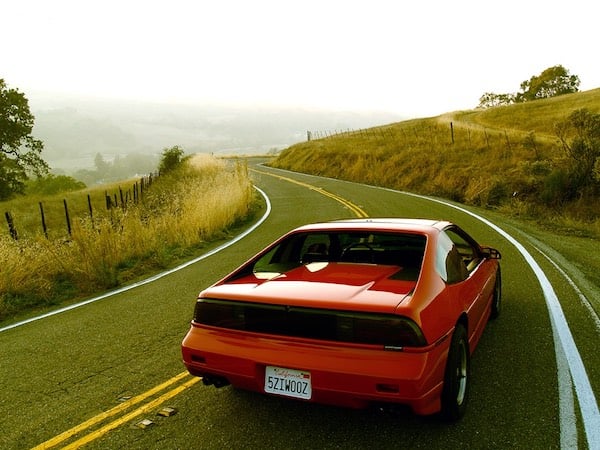 In addition, the Fiero was the first American car to have a mid-engine layout. Plus, a very fuel efficient engine, with the manual version getting 4.7 L/100 km. Last of all, the Fiero underwent a major revamp after the first year of production. The 1985 model finally got a normal engine – a 2.8-litre V6 that could hit 100 km/h in 7.5 seconds and easily surpassed Toyota’s MR2 equivalent. After its shortcomings were remedied with time, the Fiero was one of the most reliable cars in the American market during the last year of production (1988), and had begun to be regarded as one of the more sporty affordable cars because of its powerful engine.

GM took care of the chassis that had caused problems, and it became serious competition for sporty Japanese cars, which was one of the goals set for the Fiera by Pontiac when it was being developed. Among other things, it was the safest American car around – the plastic elements on the metal frame turned out to be an extremely strong combination, and in 1988 safety tests, the Fiero was only bested by the Volvo 740 – a car that even Fort Knox can’t beat in terms of safety. 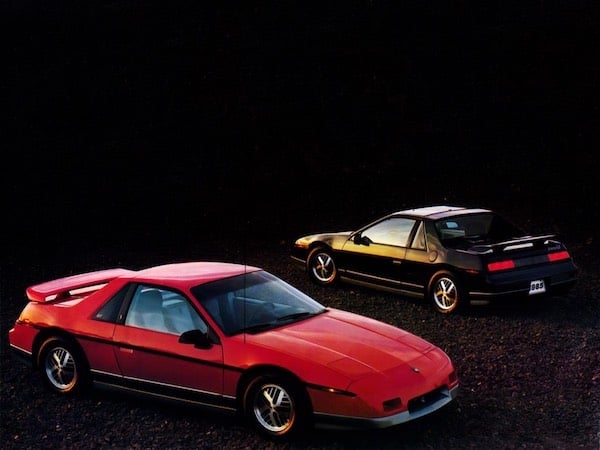 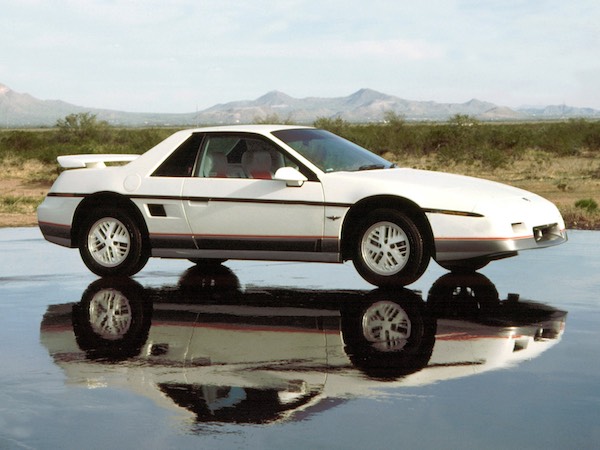 And in our day and age, the ranks of Fiero fans are gradually growing. Americans appreciate the fact that the model’s reputation was badly damaged by the first year of production, but that GM took care of the faults and eventually turned it into a decent sporty coupé. Almost a European from the States.

A total of 370,168 of these Americanised Europeans were produced – not much, considering that its direct competitor, the Toyota MR2, had almost 170,000 put together in its first year of production alone. If you get the urge to buy one, the Fiero won’t totally dry up your wallet. For almost USD 4,000, you can find a pretty good one in the States and decide for yourself if the Fiero really was that bad, or if this is just a shadow of the unfinished model’s first year of production.