Ferrari and Porsche Racing to the Top in 1960s

Hill climbing is an odd sport. It’s only a matter of getting from the base to the summit in the least amount of time, yet racers and racecar builders push physics to the limits to negotiate the mountain serpentines as the altitude increases and the air gets thinner. Not many things are so simple yet so exciting, it’s the automotive equivalent of jumping over a bonfire.

Even though the sport is undoubtedly thrilling these days, with automakers and privateers bringing otherworldly machines to races like Pikes Peak, it is nothing compared to the rivalry between Porsche and Ferrari in 1960s. Sure, there were other marques competing, but no one could match the speed of cars from Maranello and Stuttgart.

The latter were extremely victorious, with 7 championship victories between 1960 and 1968, Ferrari Dinos only occasionally breaking their streak. Porsche felt the championship was the ultimate proving ground, short technical efforts that put the car through its paces. It was good publicity, and Porsche would not let Maranello folks to threaten their reign. So when Ferdinand Piech of Porsche learned that Ferrari is cooking up a replacement for their 206 SP Dino, he knew it was time to act. 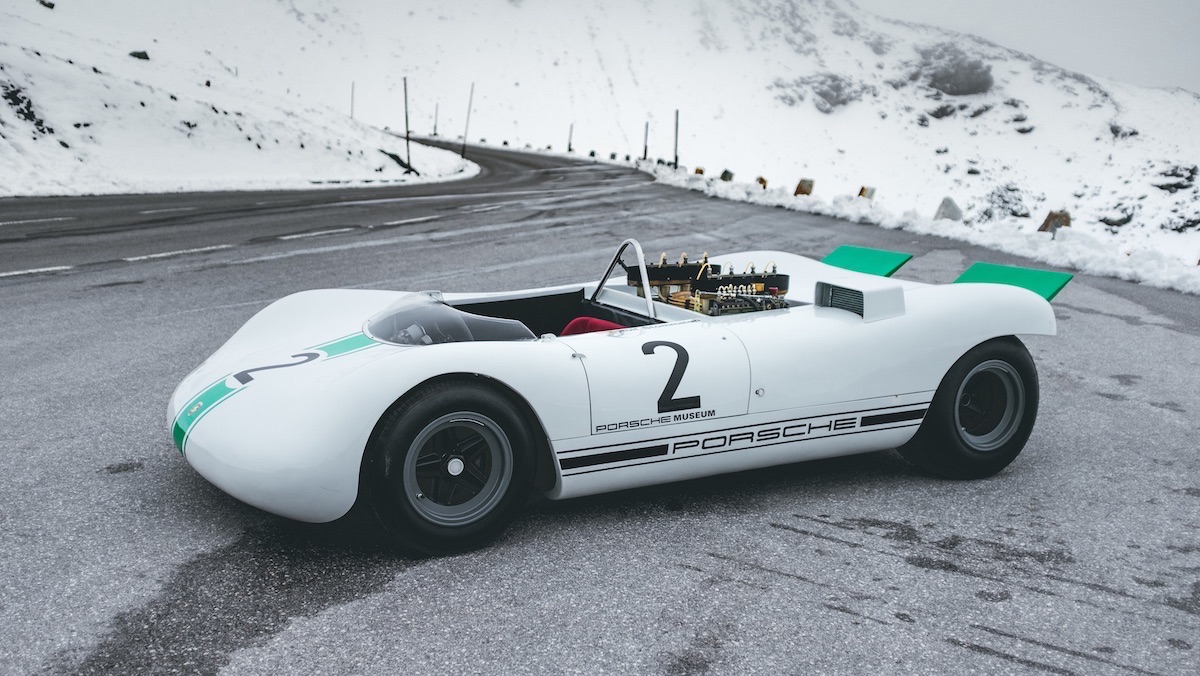 909 Bergspyder driven by Rolf Stommelen in its natural habitat
©Porsche

There is one thing that sets hill climbing apart from other sports, it’s the gravity constantly impeding the progress. Weight reduction has always been important in motorsports, but it is critical in hill climbing. Piech took a page from Colin Chapman’s book and decided that their 910 Bergspyder (German for mountain spyder) needs more lightness. They set out to work on the 909 Bergspyder.

Piech is an engineer who takes his job extremely seriously. He was so anal when cutting weight on the Porsche 909, he famously used a magnet to look for steel parts that engineers left behind. Consequently, featherweight composite body was draped over the aluminum tube chassis. A number of extravagant materials found their way into the Porsche 909 Bergspyder, suspension bits were titanium, wiring loom was silver instead of copper, balsa wood was used as ballast for the car’s ignition and beryllium for its brake disks. To do away with the fuel pump altogether, Porsche decided to pressurize the tiny 15 liter fuel tank with nitrogen. This solution was sufficient, provided the short distance of hill climb events. 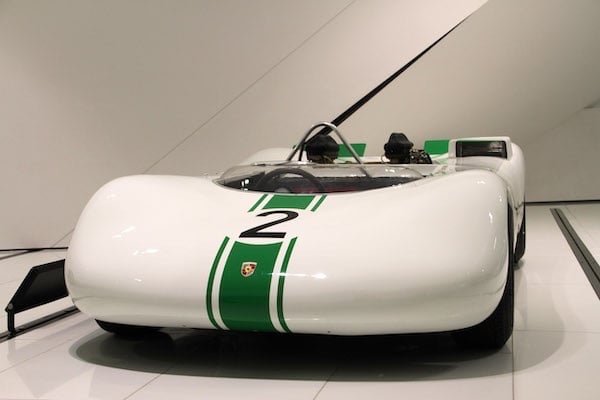 Considering how rare and fragile the Bergspyders are, they seldom see the light of day
©pilot_micha, Flickr 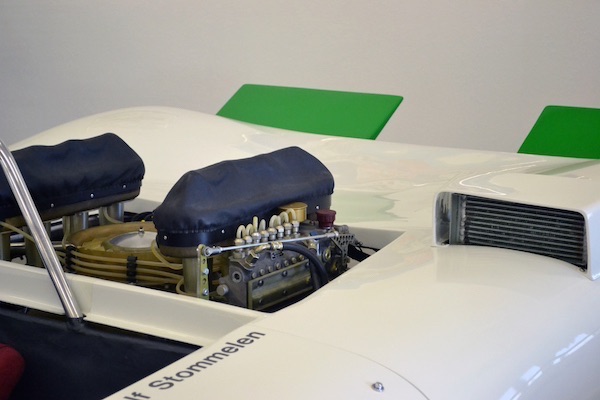 As a result of this obsessive weight saving, the Porsche 909 Bergspyder tipped the scales at only 375 kgs, full 80 kilos lighter than the Ariel Atom. Couple that with a 2 liter flat six pushing out 275 bhp, and you’d have a car that shoots to 100 km/h in 2.4 seconds. Two 909 Bergspyders were built, but only Rolf Stommelen was daring enough to drive one. His teammate Gerhard Mitter remained behind the wheel of the safer 910, as he found the combination of flimsy lightweight body and F1-derived engine to be too sketchy. That didn’t stop Porsche from winning though, with the help from both drivers, they took the 1968 championship.

So what was the mysterious car from Ferrari? It was a one-off dubbed Ferarri 212 E Montagna (Italian for Mountains), and was a wild evolution of Dino 206 S. Unlike Porsche, Ferrari focused primarily on the heart of the car, the engine. And what an engine that was, a lightweight 2 liter flat 12 was capable of producing 300 bhp and revving all the way to 11,800 RPM. With so much emphasis on the powerplant, no wonder the car’s name comes from its displacement, 2 liters and the number of cylinders, 12. As you may guess, the motor of these specs produces glorious sounds:


The mantra of “adding lightness” was applied here as well. You can be certain the car doesn’t carry a single gram of useless mass. Over time some aero appendices were added to aid downforce, namely rear spoiler and front canards. As a result, the 212 E Montagna with Swiss Peter Schetty behind the wheel absolutely smashed the competition in 1969 championship, taking wins at the summits like Montseny, Rossfeld and Mount Ventoux. 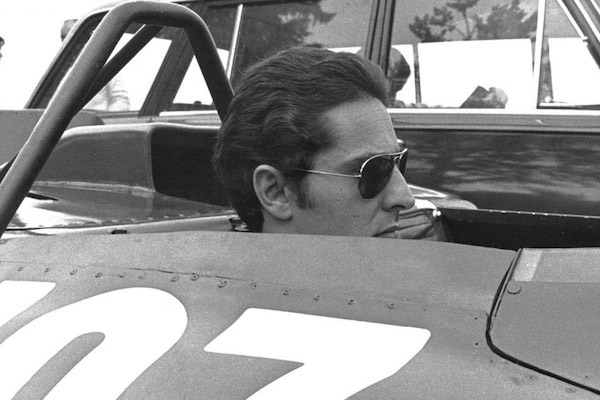 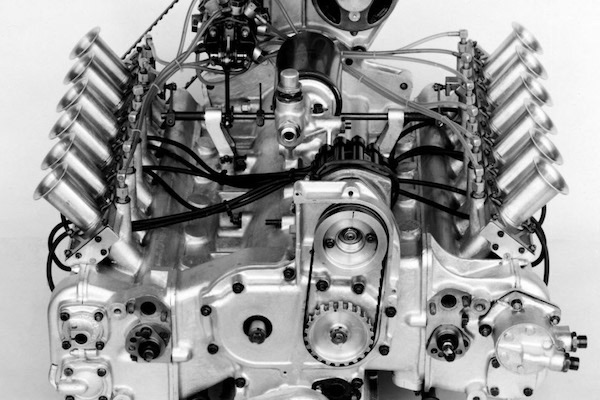 But this absolute domination was not only due to Ferrari’s brilliant engineering or Schetty’s unmatched driving talent. It was also because there was literally no worthy competitor to race against. Porsche pulled out of the championship in the end of 1968 having nothing else to prove and Ferrari 212 E Montagna only debuted the following season. 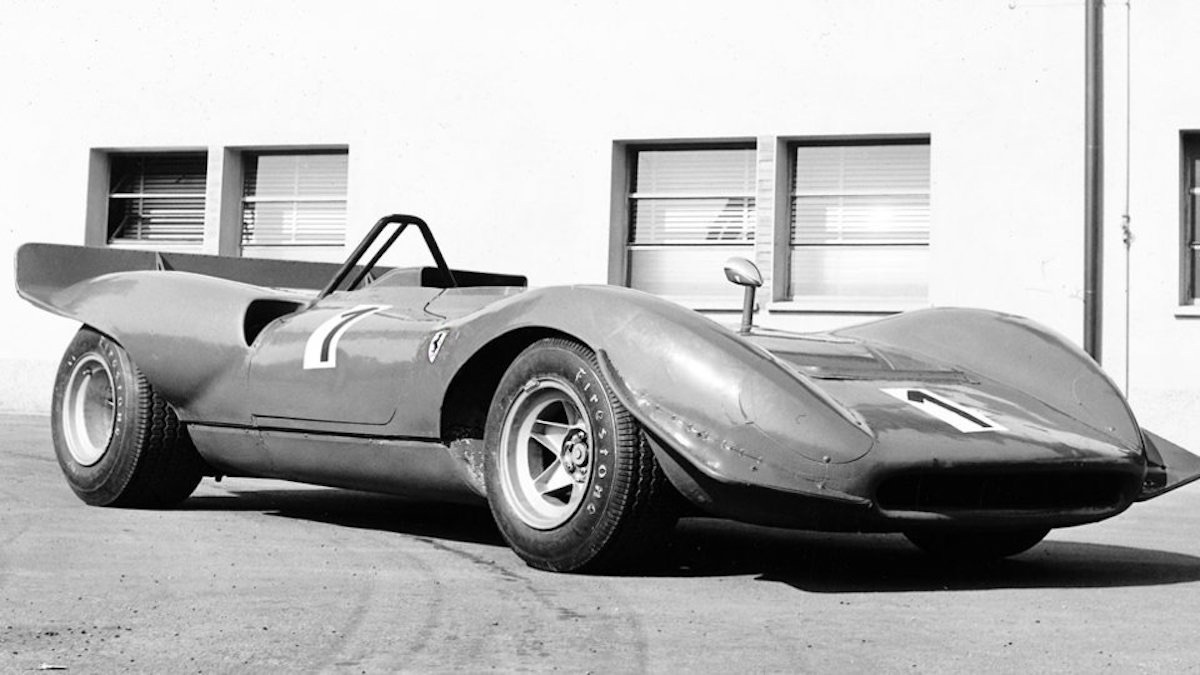 Aerodynamic accessories eventually found their way onto the Ferrari
©Ferrari 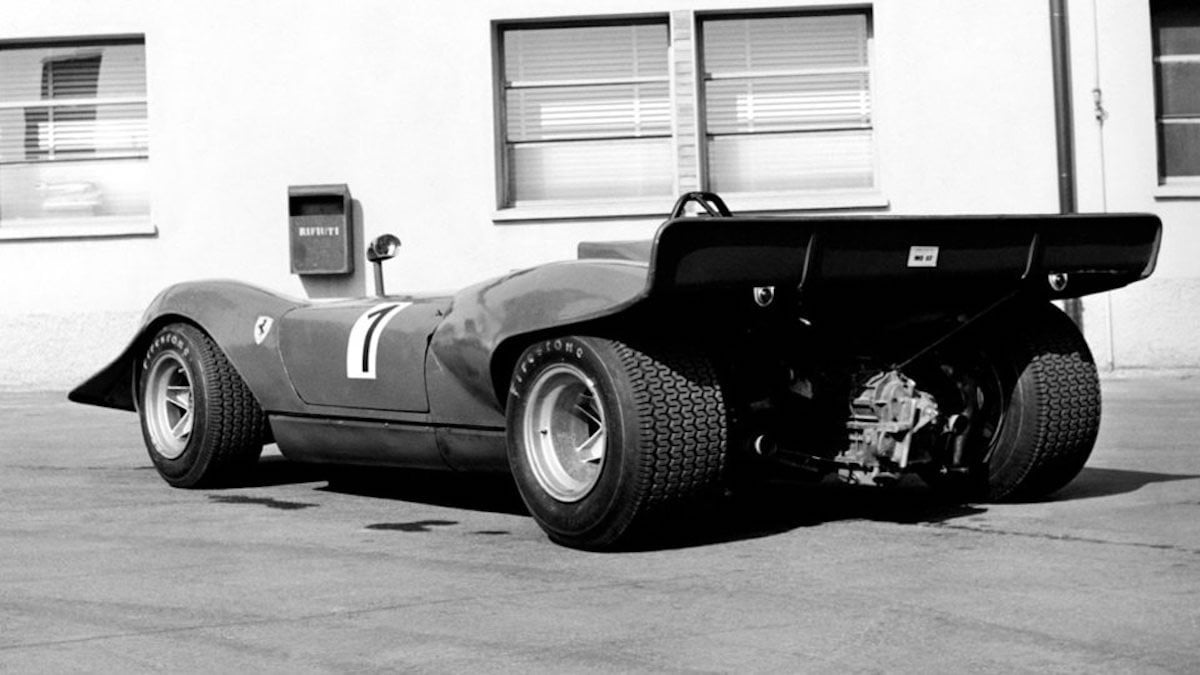 You can see here how minimal the hillclimb cars are
©Ferrari

Despite being designed as direct competitors, these cars were never pitted against each other. And provided their rarity and fragility, they probably never will be. The only Ferrari 212 E Montagna in existence is in a private collection, and seldom makes public appearances, and Porsche 909 Bergspyders are museum pieces. While it is a pity this fight was never settled, it potentially saved the lives of talented race drivers. Hill climbing may appear simple, but it is ruthless when taken to the limit.