The Lancia brand is an evocative one, isn’t it? The mere mention of the iconic Italian carmaker turns petrolheads weak at the knees. After all, this is the brand that pioneered the oddball V4 engine concept almost 100 years ago, and made it work - and work well! - well into the mid-1970s.

Despite the World Rally Championship successes enjoyed by Volkswagen and Citroen over the last few decades, let’s not forget that Lancia is the most successful car maker in the history of the WRC. Ever.

Between 1974 and 1992, Lancia won 10 manufacturers titles with instantly recognisable classic cars. The Italian manufacturer’s roll of honor includes wedge-shaped Stratos, the rather mad, rear-engined, rear wheel-drive 037 from the Group B era, and various iterations of arguably Turin’s most famous car of them all - the Lancia Delta. 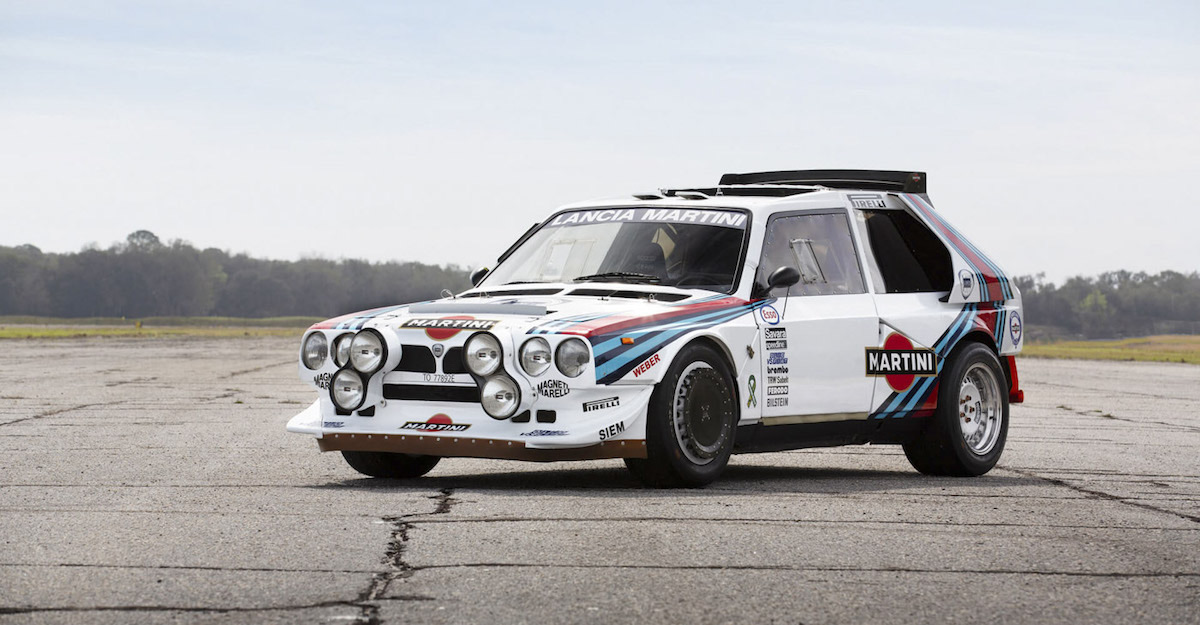 Yet despite its successes and being one of the most-respected car makers amongst car enthusiasts across the world, the Lancia we know and love is pretty much dead. An example of how far the brand had fallen is that during the late 2000s, Lancias became little more than lazily-rebadged Chryslers. Sadly, none of these - the 300C/Lancia Thema, for example - were neither particularly imaginative nor good.

In 2015, this practice was thankfully stopped, but the Lancia story still remained just as tragic - today, the only car made by this one proud car manufacturer is the Lancia Ypsilon city car which shares its underpinnings with the ageing FIAT 500 and FIAT Panda.

At the start of this year, Lancia fell under the umbrella of automotive giant Stellantis. Whilst car enthusiasts pleaded with Stellantis to make #LanciaGreatAgain, the merger between the Italian-America FIAT Chrysler Automobiles France’s PSA group has revealed little-to-nothing about the future of Lancia.

Whilst we wait to hear more about what will become of Lancia, Dyler.com contacted Sebastiano Ciarcià - an Italian car designer who at the start of 2021, posted several images of his interpretation of the Lancia Delta S4 on his Instagram and Behance pages. 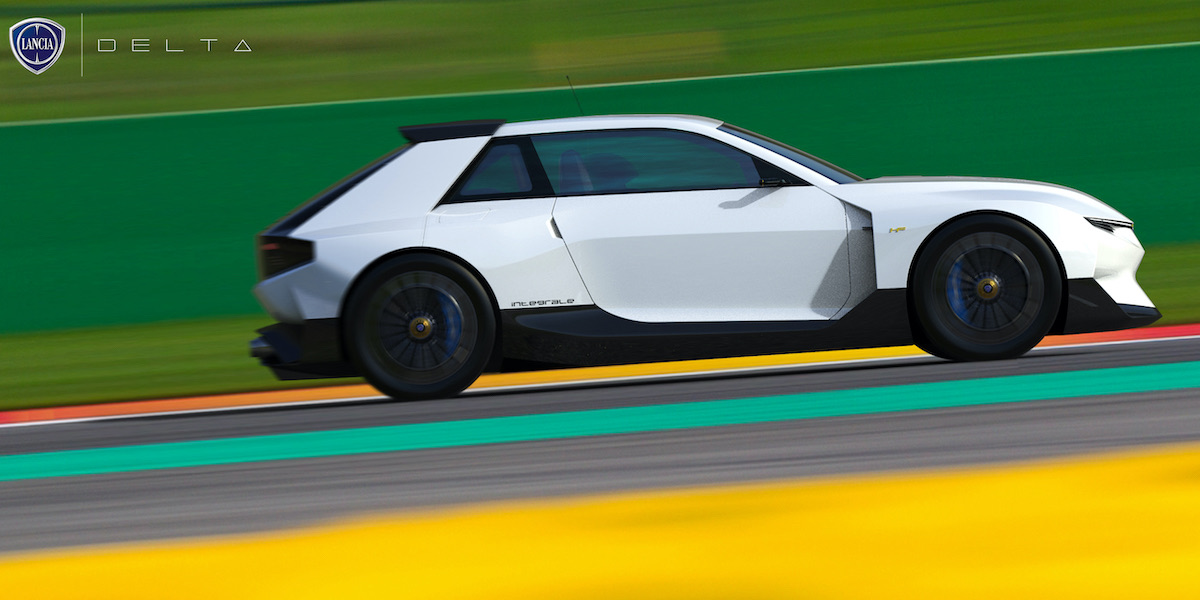 As you’ll discover later, this personal project of a reimagined Delta S4 is the ultimate homage to the original car, and not restomod.

As a brief recap, the Delta S4 was the mid-engined, all-wheel-drive symphony of beauty and brutality that eventually led to the demise of Group B era of the WRC at the end of the 1986 season after a series of serious - and eventually - fatal accidents.

In road-going guise - thanks to both turbocharging, supercharging, and a relatively low weight of 1,200 kilograms - Lancia managed to squeeze 245bhp and 140mph from the S4’s 1.8-litre twin-cam, FIAT engine.

Was the Lancia Delta S4 too dangerous even for Group B?

In WRC form, the Delta S4 was a different story. It was Lancia’s violent homage to noise and fury. In race trim, Lancia would run the Delta S4 with around 600bhp. In testing conditions? Almost double that figure.

In his renderings of the new Lancia Delta S4, Sebastiano has tried to keep it as close to the original which includes a series of images of his design decked out in the Martini livery which echoes the classic car
© Sebastiano Ciarcià

Given the supercharged and turbocharged nature of the engine, the S4 was almost always on boost. Even with the permanent all-wheel-drive, the fearsome nature of its power plant and featherweight 800kg mass meant it was simply too fast and too dangerous for even the world’s best rally drivers - ultimately, it would be the S4 that was largely responsible for ending the Group B era of the WRC.

In an accident on the 1986 Tour de Corse rally, Lancia driver Henri Toivonen and his co-driver Sergio Cresto were involved in an off which killed both of the car’s occupants. After misjudging a hairpin bend, Toivonen’s Martini-liveried S4 careened off the road, its under-seat fuel tanks ruptured by a tree branch on its descent.

The kevlar-bodied car exploded almost immediately, killing both Toivonen and Creston within seconds. Within six months of the accident, the WRC’s Group B-era was over, and the Delta S4 would be consigned to the history books.

In light of the Delta S4’s fearsome reputation, the first question put to Sebastiano is why he chose to recreate a machine with such a fascinating-yet-dark past.

Just like the classic Delta S4, the new car would be mid-engined, rear wheel-drive
© Sebastiano Ciarcià

“For me, it’s not so much about fetishising it, it’s more about celebrating Lancia,” he explains. “I’m a car designer so it shouldn’t really be a surprise that I love cars, and given I’m from Italy, I think it’s such a shame to look at what Lancia has become over the last 20 years or so.

“Lancia has always been an important part of our automotive heritage and the Delta is one of our most recognisable cars for what it achieved in the WRC. For me, the Delta S4 is an extension of that, because it really marked the Group B days of rallying. There’s a lot of history and myth around it, so it’s a very special car, and one that would be really cool to reimagine for the modern day.”

Sebastiano began his automotive design career at FIAT and Alfa Romeo in Italy in 2012. Since then, his journey has taken him to Croatian EV maker Rimac where he worked on the design of the all-electric, semi-autonomous C_Two supercar. After almost a decade within the car design industry, now his skills have been picked up by Volvo - a brand which is currently undergoing one of the biggest shifts in its design history.

He believes that working for three such diverse car makers has allowed him to grasp what is needed to bring the Delta S4 into 2021 in terms of design and technology. For Sebastiano, understanding what made a car attractive in the first place and honing it to modern tastes is how he managed to create a design which whilst new, also stays true to the original Delta S4. 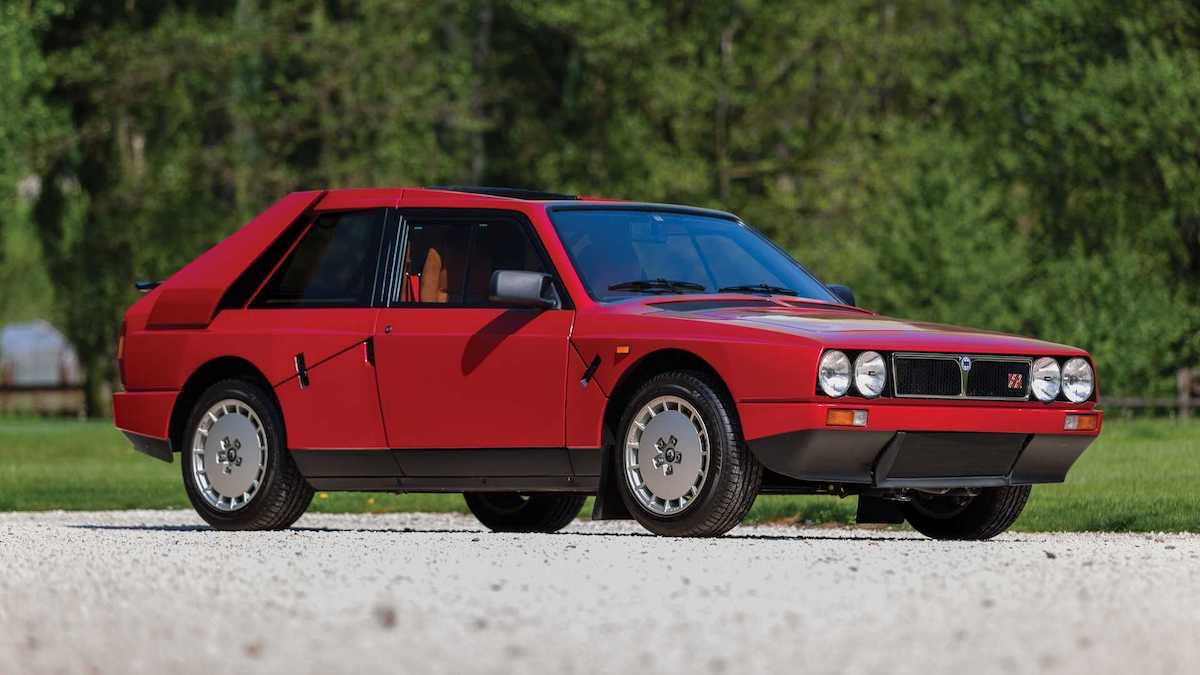 “I think as part of my job, it’s important for me to keep looking forwards in terms of design and trends,” he says. “When you go down the restomod route, that’s the easy way to reimagine an iconic classic car because you end up with a new car that looks more or less like the old one.

“With the Delta S4, I wanted to challenge myself and create something that still kept the soul and DNA of the original car, but would somehow look different.

“To do this, I looked at designs which are popular in the car world at the moment, but I also really studied the dimensions of the original Delta. Basically, I took all of these elements, combined them, and just really tried to bring them to the next level.

“In terms of tech, I haven’t really thought about what kind of engine I would like to see in the reimagined Delta S4 if it were ever made, but a small, turbocharged hybrid with an electric motor on the front axle would keep it close to the original, yet thoroughly modern at the same time.” 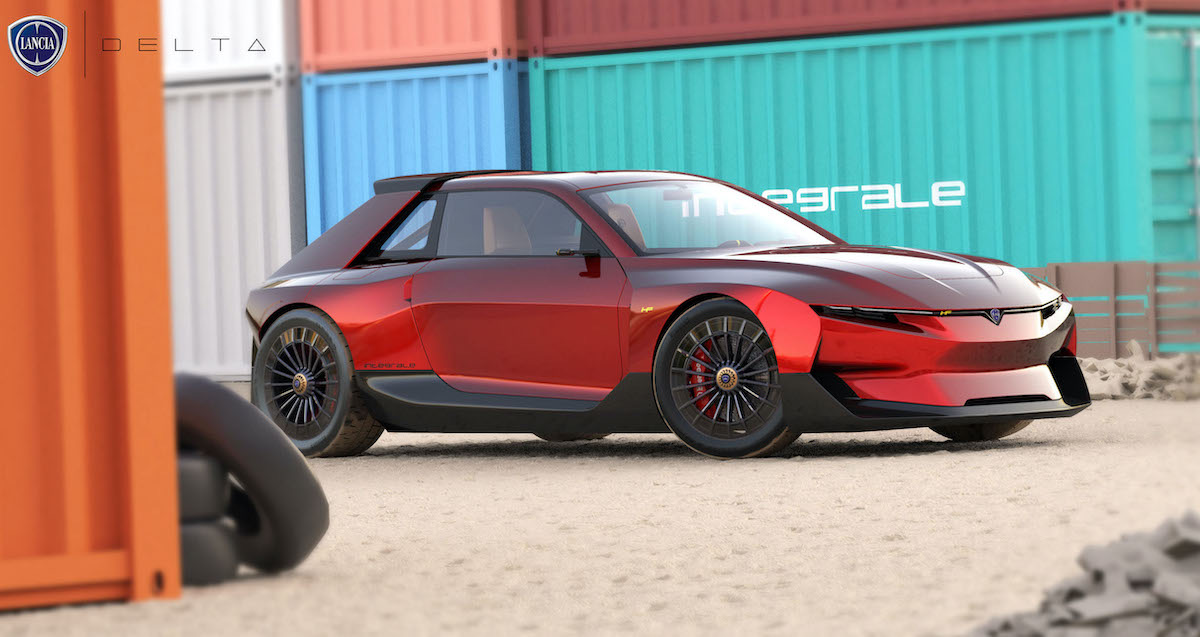 Whilst almost cyberpunk in design from certain angles, Sebastiano’s take on the Lancia is borderline restrained compared to other reinterpretations of classic cars.

Were Stellantis to put his creation into production, he would like to see the reimagined S4 keep the same mid-engined, all-wheel-drive format as the original, along with the three-box profile with the massive, fully-liftable rear engine cover which made it immediately recognisable.

During the last part of our conversation, Sebastiano explains that this exercise in restraint was something he learned whilst working on the development of the exterior of the Rimac C_Two under the company’s Chief Technical Officer. 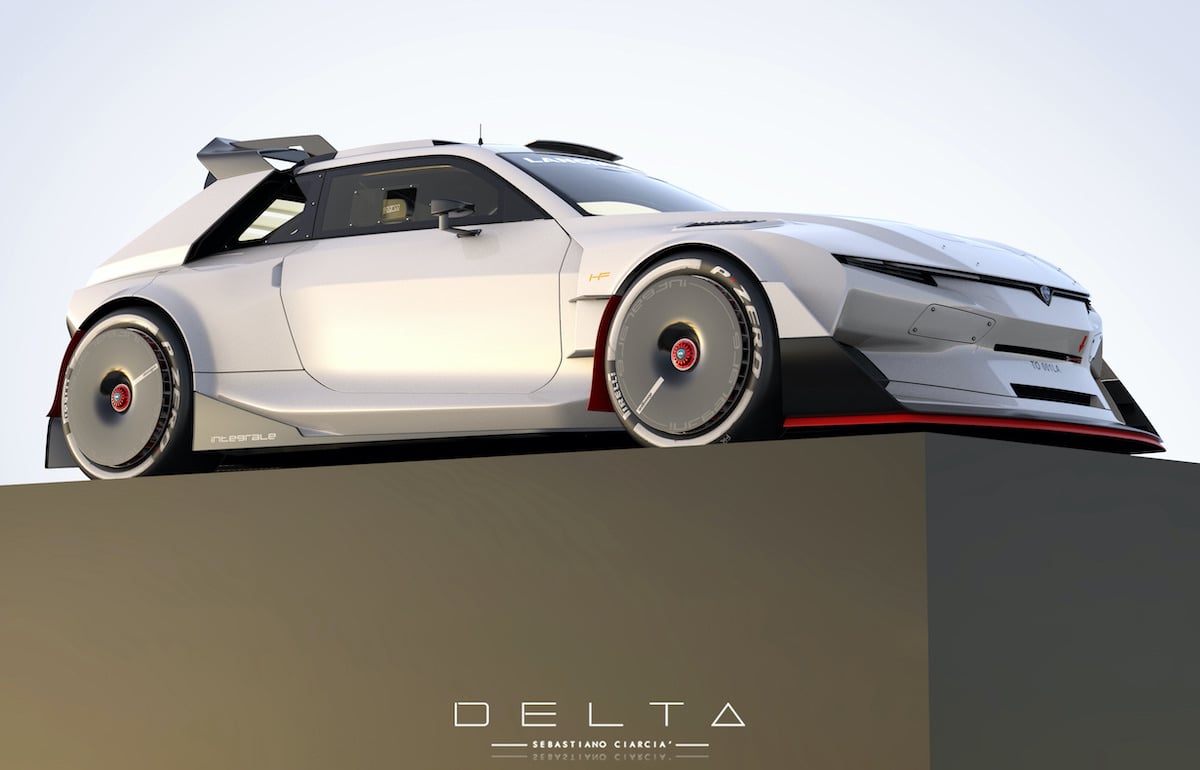 “I worked under the CTO on that project, so I learned about the components a car’s exterior needs to make it work, as well as the engineering behind them, and how that influences the shapes you use - I think it’s fair to say that I have a basic idea of what it takes to make a car!” he laughs.

“Jokes aside though, working at Rimac taught me that you can’t just go all out and make a spaceship by going crazy with the design. That’s another reason why the reimagined Delta S4 looks like it does - when designing any car, you have to really keep in mind the engineering process behind it, so I wanted to create something that’s definitely feasible.”

Over to you, Stellantis. The possibility to #MakeLanciaGreatAgain has been handed to you on a plate.

Whilst Sebastiano’s Delta S4 is still a concept, there are plenty of other Lancia Delta models for sale on Dyler. Click here to take a look through our listings of one of the most important cars ever in Italian automotive history!