This Week in Cars: The Very Best Of Jaguar and Aston Martin Car Design By The Legendary Ian Callum

Ian Callum: “Cars should not be boring”

As you may have heard, this week we spoke to Ian Callum about his participation as a judge in the UK round of the Hot Wheels Legends competition next month.

A leading character in contemporary car design, Callum is responsible for some of the most desirable British cars of the last three decades. Names such as the Aston Martin DB7, Aston Martin Vanquish, and the last Jaguar XJ - the X351 - are all but a few iconic models that make up the back pages of the affable Scot’s back catalogue.

For me, it is in the Jaguar design studio that Callum arguably spent his finest hours. After taking over as the brand’s Director of Design in 1999, Callum - who told Dyler “cars should not be boring” - managed to drag what was becoming an outdated brand firmly into the 21st century.

With the introduction of the massively handsome XF in 2007 - the first Jaguar fully designed under Callum’s direction - Jaguars became sleek, contemporary affairs. The wood and leather interiors found in Jaguars of old had been ditched in favour of restful blue lighting, and minimalist levels of aluminum. Think pub horse brass stuffiness vs. inner-city vodka bar chic, and you’ll not be wrong.

Callum Jaguars also represented a radical departure from the past. The company’s previous philosophy of evolution rather than evolution was dropped, and the XF onwards showed a brand that was seeking to appeal to a whole new demographic rather than your local Conservative Club. 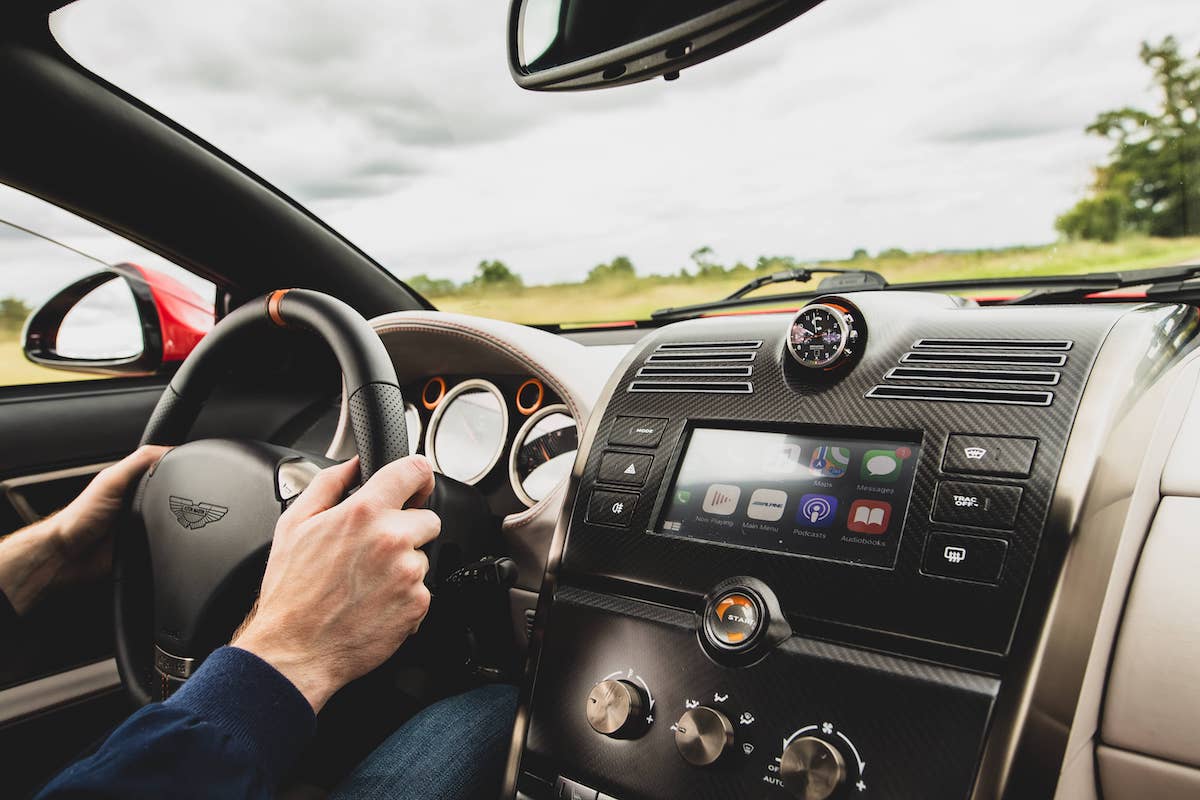 After two decades spent revitalising Jaguar, Callum left the company in 2019 to set up his own bespoke design firm, CALLUM ; an engineering and design house which specialises in bespoke and limited edition products.

In car circles, the most well-known piece of CALLUM design is the Aston Martin CALLUM 25 Vanquish; a limited edition - and I mean seriously limited, because the production run is only 25 units - of the car Callum originally designed back in the late 1990s to be Aston Martin’s flagship GT.

Whilst many Aston Martin aficionados view the original Vanquish to be his greatest hit at Newport Pagnell, Callum himself had an on/off relationship with the 460bhp, V12-powered grandest of Grand Tourers; on the list of things that niggled him about the Vanquish were the track he felt was too narrow, the lights too old tech, and the interior too much of a raid on Aston’s then-parent company Ford’s parts bin.

The CALLUM Vanquish 25, then, is what he feels to be the ultimate Vanquish; his finest creation in its final form, brought up-to-date for the 21st century. Whilst it may look more or less the same as the original, the car has undergone “at least” 350 changes inside and out. 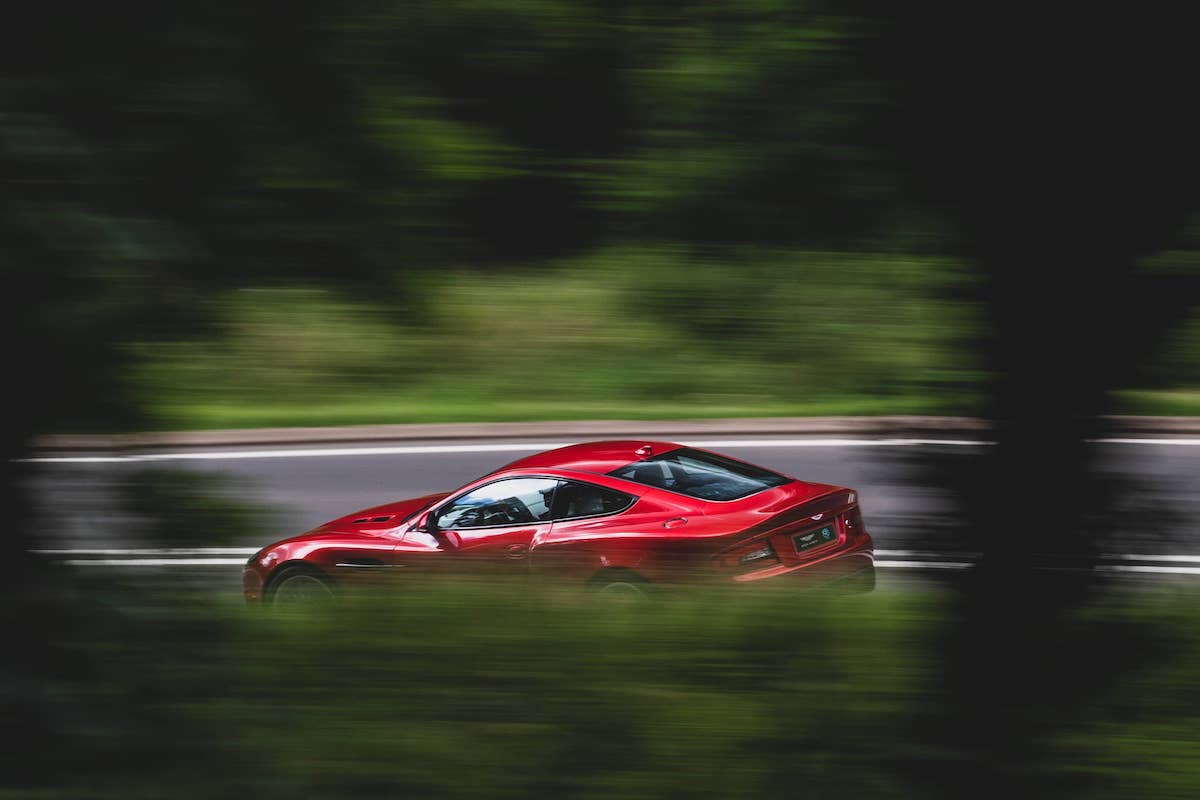 It may look similar to the Vanquish of almost two decades ago, however there have been at least 357 made to the Aston Martin CALLUM 25 Vanquish
© Polestar Press

To enjoy this £550,000 bespoke machine, you can click here to discover more. It’s Callum at his intoxicating, brilliant best, and it shows what car designers are capable of when given - to a certain level, anyway - ultimate freedom. Whilst you’re here, you can also read the short interview that Callum gave us this week by clicking these three words.

When I set out the editorial calendar for the second week of September 2021, I had something totally different in place. However, when you have the opportunity to speak to one of your heroes who happens to be one of the most revered designers in the automotive world, you don’t say no.

So yes, you’ve guessed right. The very latest edition of This Week in Cars you’re reading now is all about the genius of Ian Callum. I very much hope you enjoy reading it as much as I enjoyed putting it together...

...and remember, “cars should not be boring.”

Have a lovely weekend! 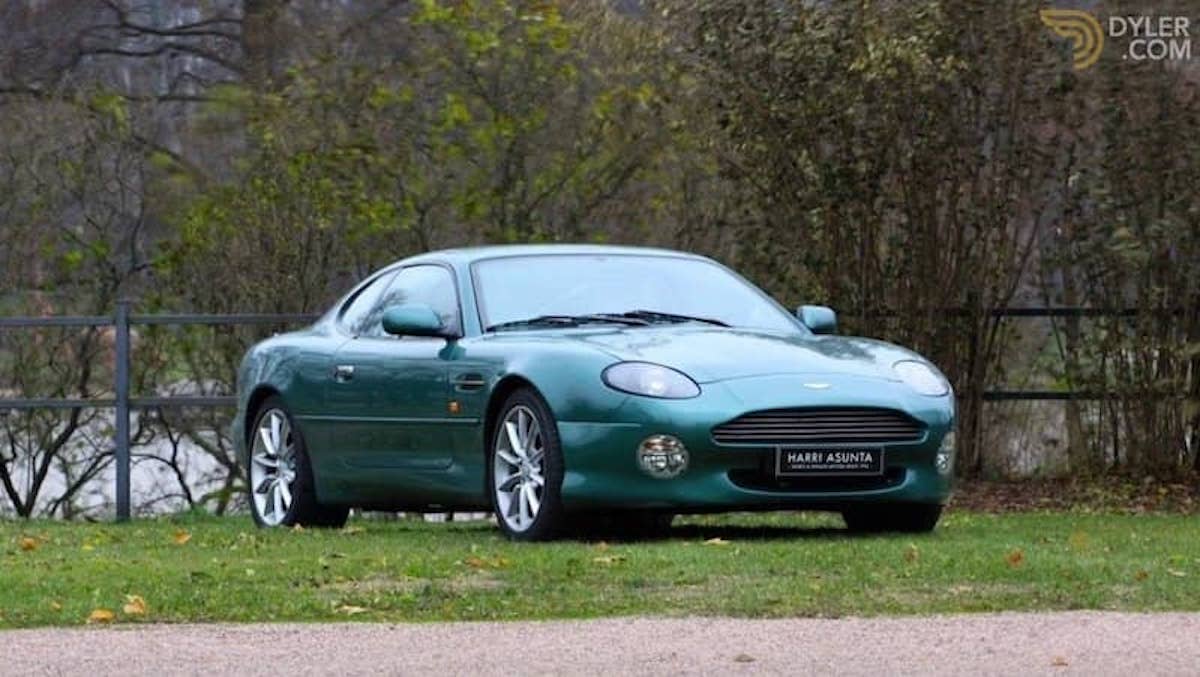 Despite going out of production almost 20 years ago, the Callum-designed DB7 still continues to influence a whole new era of Aston Martins
© Harri Asunta

Often described as one of the world’s most beautiful cars, the Aston Martin DB7 is arguably the most influential Aston Martin design in Ian Callum’s portfolio. When it launched in 1994, Aston Martin’s newest grand tourer turned heads. The classy, aggressive looks echoed Astons of the past, but Callum’s desire to pursue daring car design ensured that his first Aston looked bang up-to-date for the all-new “Cool Britannia” days of the mid ‘90s. The DB7 went out of production at the end of 2004. However, its aesthetic is such a testament to great design that when parked next to a DB9 or the current V8 Vantage, it’s clear that DB7’s design has had a clear influence on the aesthetics of its successors. The DB7 is considered such a masterclass in car design, that the UK edition of GQ magazine described it as “the only Aston Martin you should buy.” You can’t really argue with that, can you? 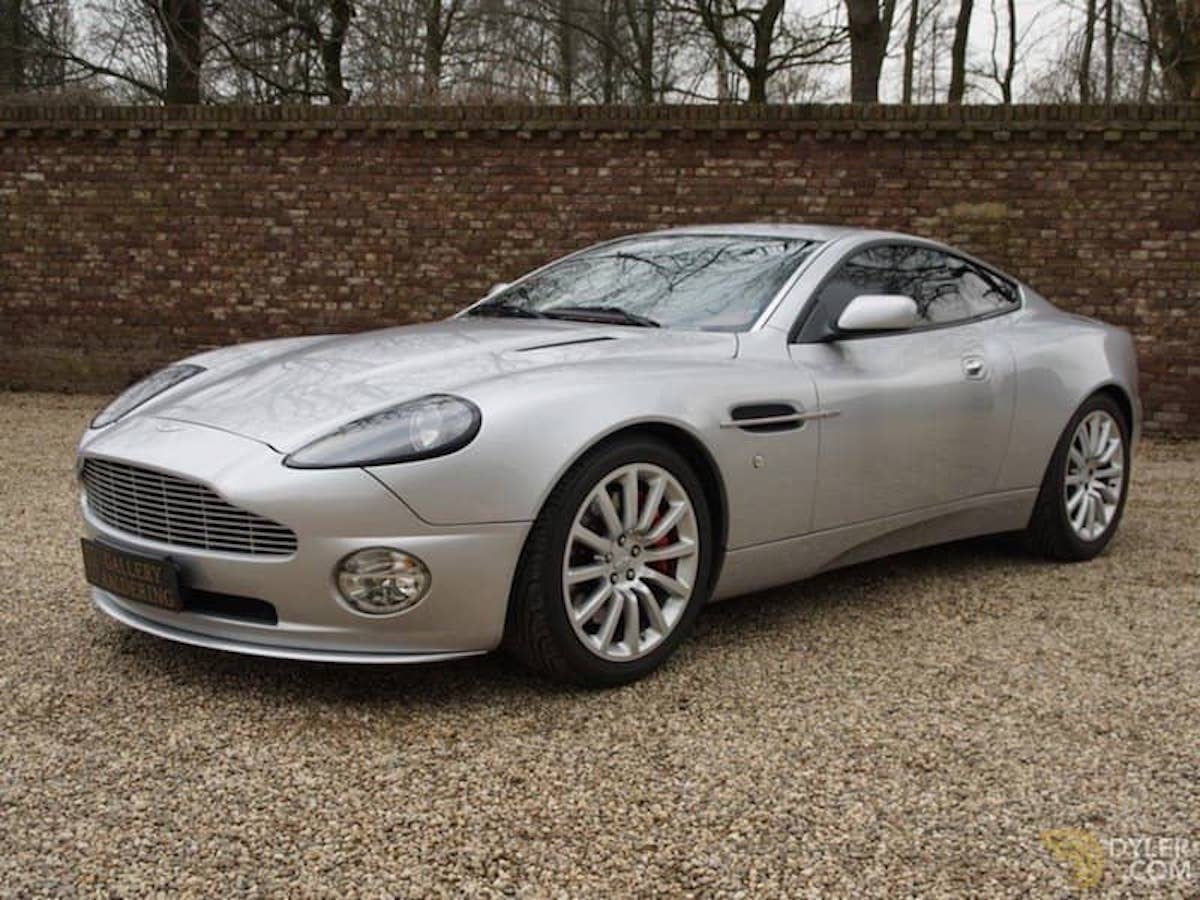 The Vanquish is the car which is - by many - considered to be Callum’s finest hour at Aston Martin. When it launched in 2001, the Vanquish straddled the boundaries between beautiful design and brutal power thanks to its gorgeously-sculpted aluminium body, coupled with a howling, 460bhp, 5.9-litre V12 under its long hood. The final car to be made at Aston Martin’s Newport Pagnell plant, the Vanquish was key in taking the brand into the 21st century. Underneath its hand-finished skin was a carbon fibre composite crash structure and an all-new aluminium chassis; both of which - despite being over 20 years old now - make Aston Martin’s then-flagship GT one of the finest-driving cars in its history. Throughout its four-year production run, just 1,489 Vanquish cars were made. Unsurprisingly, this very limited number makes it one of the most desirable pieces of Ian Callum car design around. 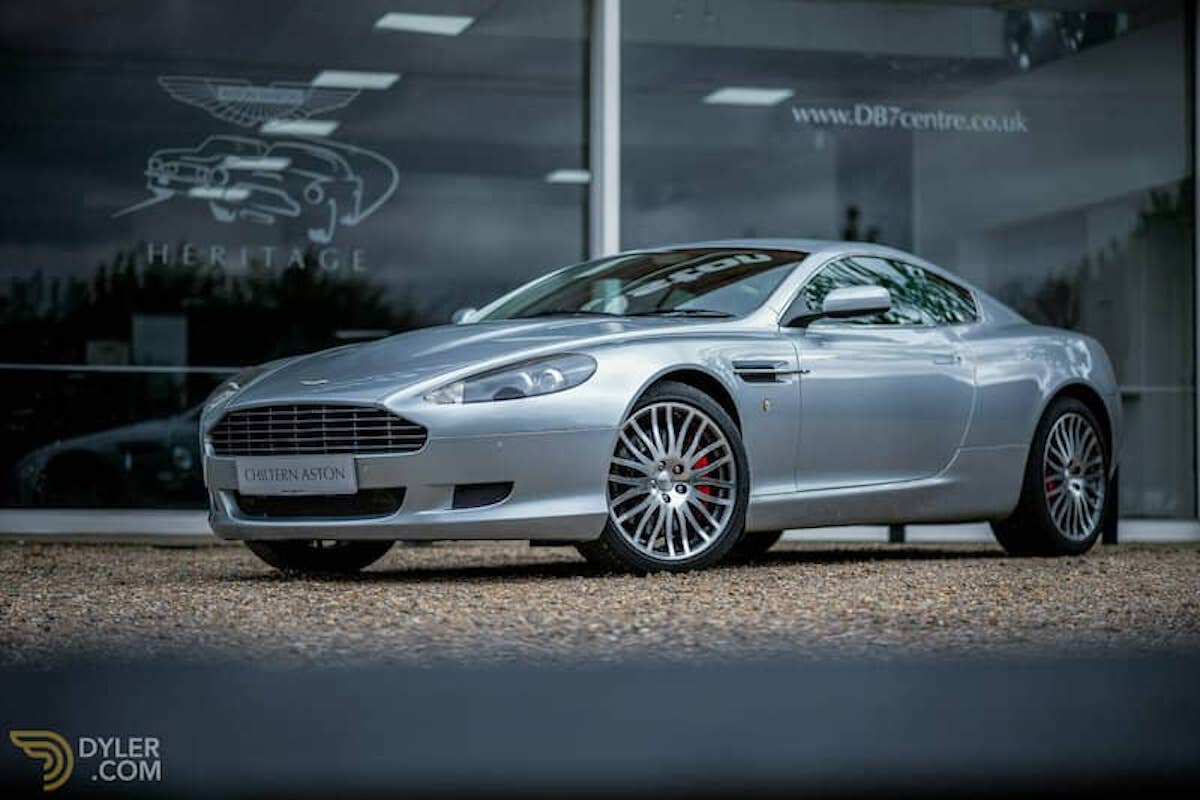 The successor to the DB7, the DB9 heralded a new era of design and technology for Aston Martin under Callum
© Chiltern Aston Centre

The follow-up to the much-loved DB7, the first-generation Aston Martin DB9 was the brand’s GT for the 21st century. Launched at the end of 2003, the second of Callum’s Aston Martin GTs was leaps forward over the ageing DB7 it replaced despite retaining its predecessors simple and refined design. Like the Vanquish - from which it borrowed its sonorous 5.9L V12 engine - the DB9 was underpinned by a bonded aluminium chassis and a largely aluminium body. The result was a car that was 25% lighter and 50% more rigid over its predecessor. Throughout its 13-year life, the DB9 was praised for having an interior “sculpted by the almighty” and its desirability over rivals including the Mercedes-Benz CL600, the Bentley Continental, and the Ferrari 612 Scaglietti. A car that is often described as “appealing to the heart and not the head,” the DB9 remains an occasion when spotted in the wild. For that reason alone, it ranks amongst some of the very best to have been penned by Callum. 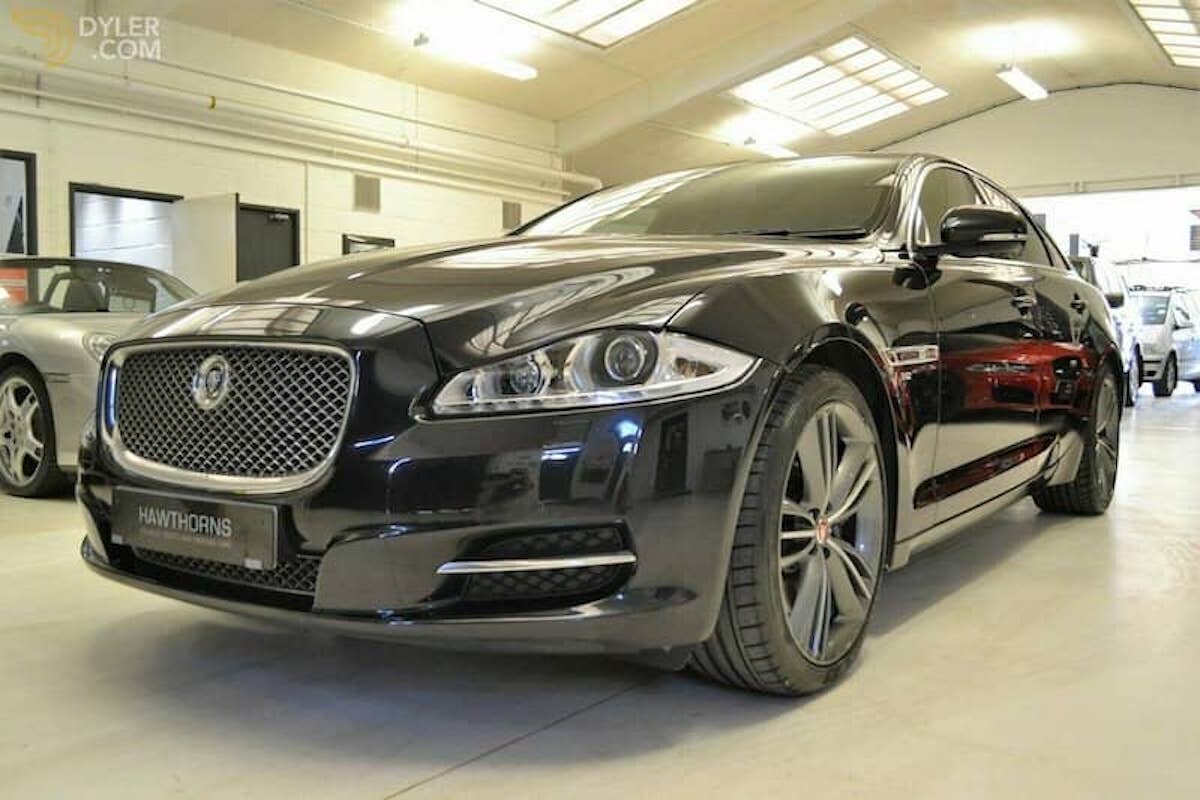 As I said earlier, there was a time when Jaguars - the XJ especially - were considered a bit… Brexity. Sure, they were lovely things with plenty of character, but there was a whiff of horse brass, warm beer, and a deep suspicion of foreigners on the driver’s behalf about them. After all, Boris Johnson is driven around in one. Whilst the XF was responsible for dragging the Big Cat into the 21st century, the X351 XJ was Jaguar’s ‘Peak Callum’ moment. When it launched in 2010, it was a radical departure from any XJ before it. Prior cars had been largely a matter of evolution over revolution. Sticking true to his mantra of “cars should not be boring”, Callum ripped up the rule book and set about redefining Jaguar’s flagship for the 2010s. It was subtle. It was supremely tasteful and luxurious inside and out. In Supercharged form, it was also moon-movingly rapid. Jaguar has decided to scrap its plans for another XJ, meaning that the X351 is the very last of the Callum-penned big Big Cats. A shame, because it’s a truly astonishing car and one that will be very much missed.

PRICE:
GBP 22,950
LINK TO CAR AND DEALER:
Hawthorns of Farnham

Striking yet elegant, the I-PACE was Callum’s final Jaguar before he left to set up his CALLUM design business in 2019
© Saxton 4x4

The I-PACE was Callum’s last hurrah before leaving Jaguar in 2019 to set up his CALLUM design studio, and what a last hurrah it was. When it launched in 2017, the I-PACE was the first credible rival to the Tesla Model 3; an astonishing fact given that it was Jaguar’s first attempt at a full EV. It would have been easy for Jaguar to go down the saloon route for its first EV - after all, this is what Jaguar arguably does best. The fact that Callum went down the SUV route for the I-PACE underlines his desire for bold car design. However, it’s the car’s elegant-yet-daring simplicity that makes it one of his finest pieces of work. In 2019, the I-PACE scooped the World Car of The Year award. This makes it the second Callum-designed Jaguar to have done so since the E-PACE in 2017.


We at Dyler would also like to extend our thanks to Elan PR for providing us with the necessary information and images about the Aston Martin CALLUM 25 Vanquish.

All cars here are also listed in this week’s edition of the Dyler weekly newsletter, which you can register for by clicking this link.