This Week in Cars: A 3 Series BMW Alpina, a BMW M5, and Three Other Classic BMW Cars For Sale on Dyler

According to our research, one of the most used online search terms for classic cars is ‘classic BMW for sale’, and given that this week at Dyler has been all about the eponymous Bavarian carmaker, now is the perfect opportunity to help you find that classic or modern classic BMW you’ve always wanted.

If you’ve been a subscriber for a while, you’ll know that our weekly This Week in Cars feature can only showcase five classic cars we have listed on our site, so we’ve been quite limited with what we can choose for you. 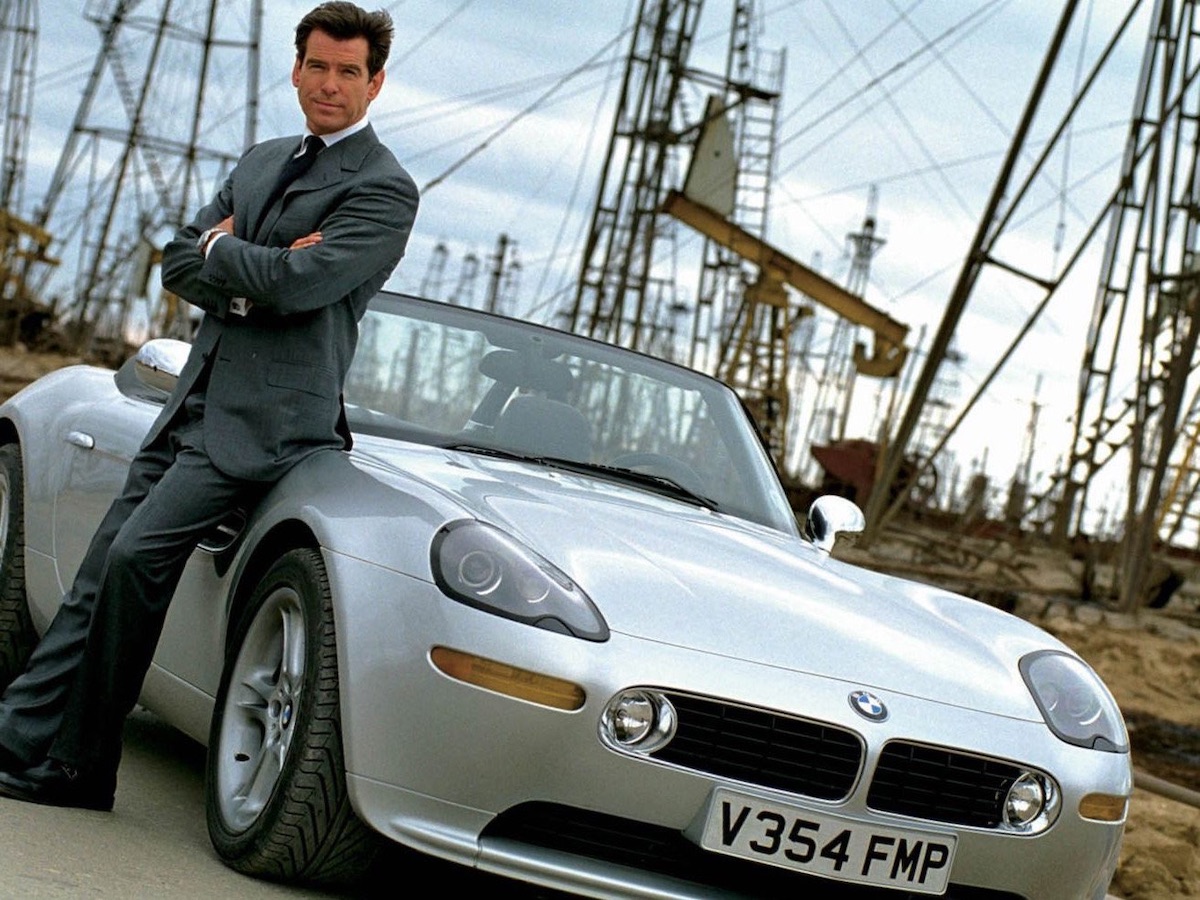 You may think you’re cool, but you will never be Pierce Brosnan leaning against a BMW Z8 in an Azerbaijani oil field on the set of the 1999 Bond film ‘The World Is Not Enough’ cool
© Pinterest

However, we’re pretty confident that you’ll like our selection this week…

After trawling through our automotive history books and the thousands of ads on our websites, we’ve unearthed a gorgeous 1981 Alpina C1, and one of the greatest classic M Cars of all time, the BMW M5 E39.

We also found a BMW Z8, one the rarest, overlooked BMWs of all time (hint - it was also a Bond car!), and a 2018 BMW M2; a machine widely considered to be the greatest M Car on sale today. After all, if it’s good enough for Top Gear’s Chris Harris, it’s certainly good enough for us.

What’s more, we also spoke to four-time British Touring Car Championship title winner, Colin Turkington, who drives for Team BMW in the BTCC. The 2021 season could see the Northern Irishman become the most successful driver in the history of the sport if he wins a record breaking fifth championship. 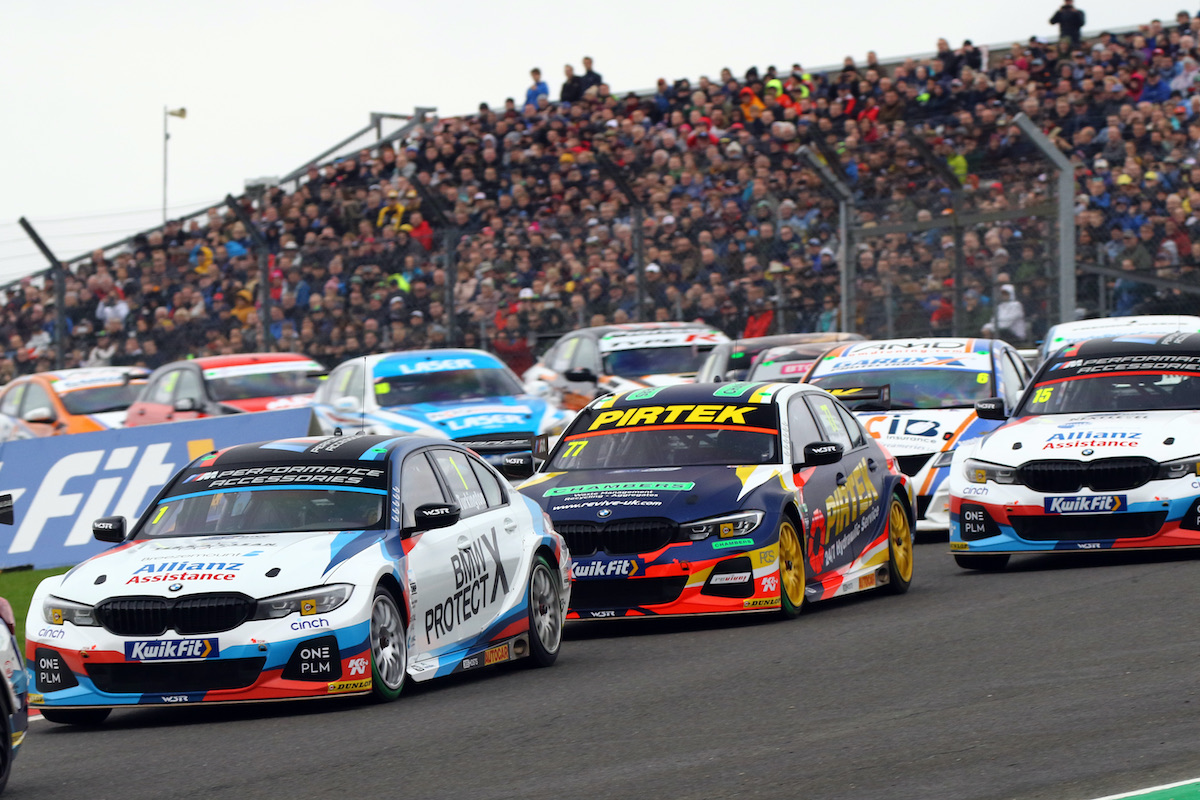 Alongside downplaying his potentially groundbreaking BTCC year, Turkington also gave an insight into the magic that makes a BMW a BMW, whether it be a championship-winning touring car, or one of the Bavarian manufacturer’s roadcars.

If you are interested in getting under the skin of “The Ultimate Driving Machine”, please click here to read the interview with Turkington in full.

As always, if you think we’ve missed any classic BMWs from this list, please drop a message to our Facebook page , or feel free to send me an email .

Until next week, and drive safely! 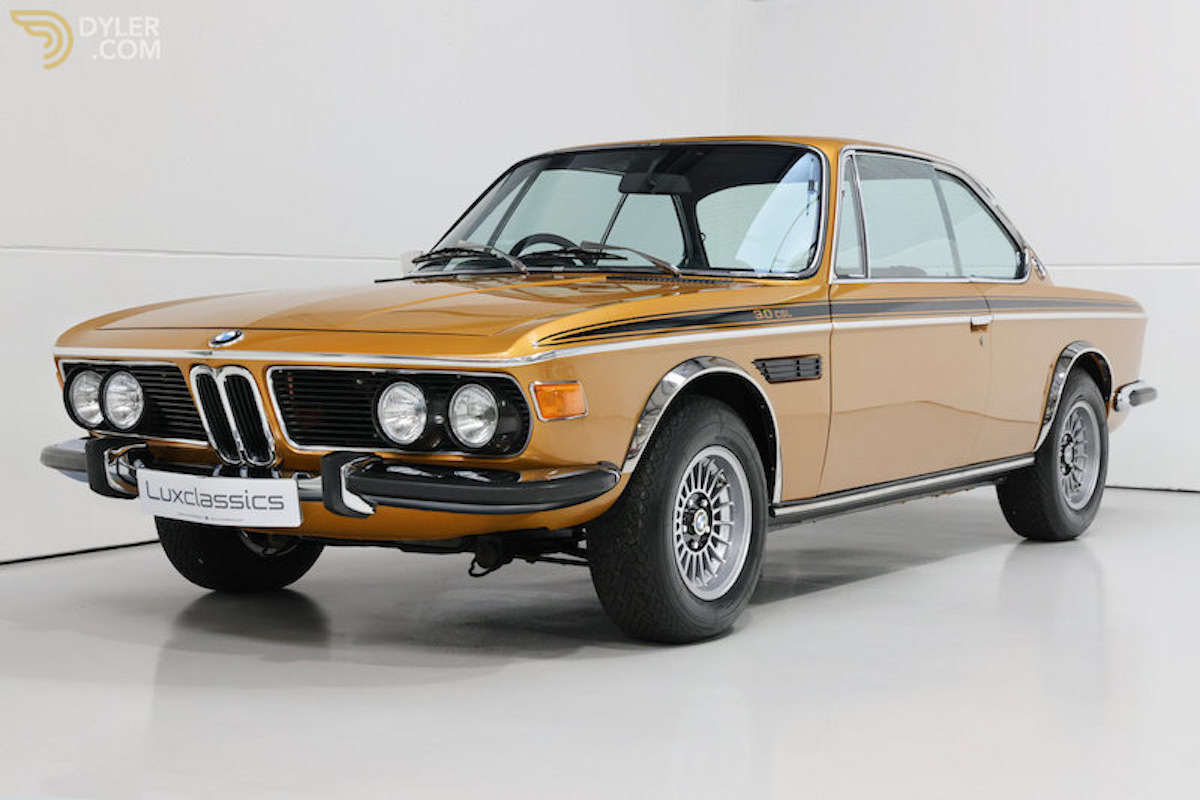 The 3.0 CSL ‘Batmobile’ is one of the most sought after, most expensive classic BMW cars amongst classic car enthusiasts
© Lux Classics

The letters 'CSL' are three of the most important and iconic in BMW history. Munich's timeless 3.0-litre coupé was designed for the racetrack, meaning only 1,000 of these 'Batmobile' cars were made. As a homologation special, the shark-nosed CSL (meaning "Coupe Sport Leicht") had aluminium doors, an aluminium bonnet, and an aluminium boot. As well as being highly technologically advanced for when the CSL came out in the late 1960s, the aluminium bodywork was also an effective weight saving measure. From 1968 to 1978, the CSL won five European Touring Car championships, making it one of the all-time great BMW race cars. Of equal importance is the fact that it was the first car to be engineered by what would become the legendary BMW M division in the future. It may not have the 'M' badge found on later machines from Munich's skunkworks, but the CSL was the first BMW to have worn the iconic blue, purple, and red badging found on future M Cars. 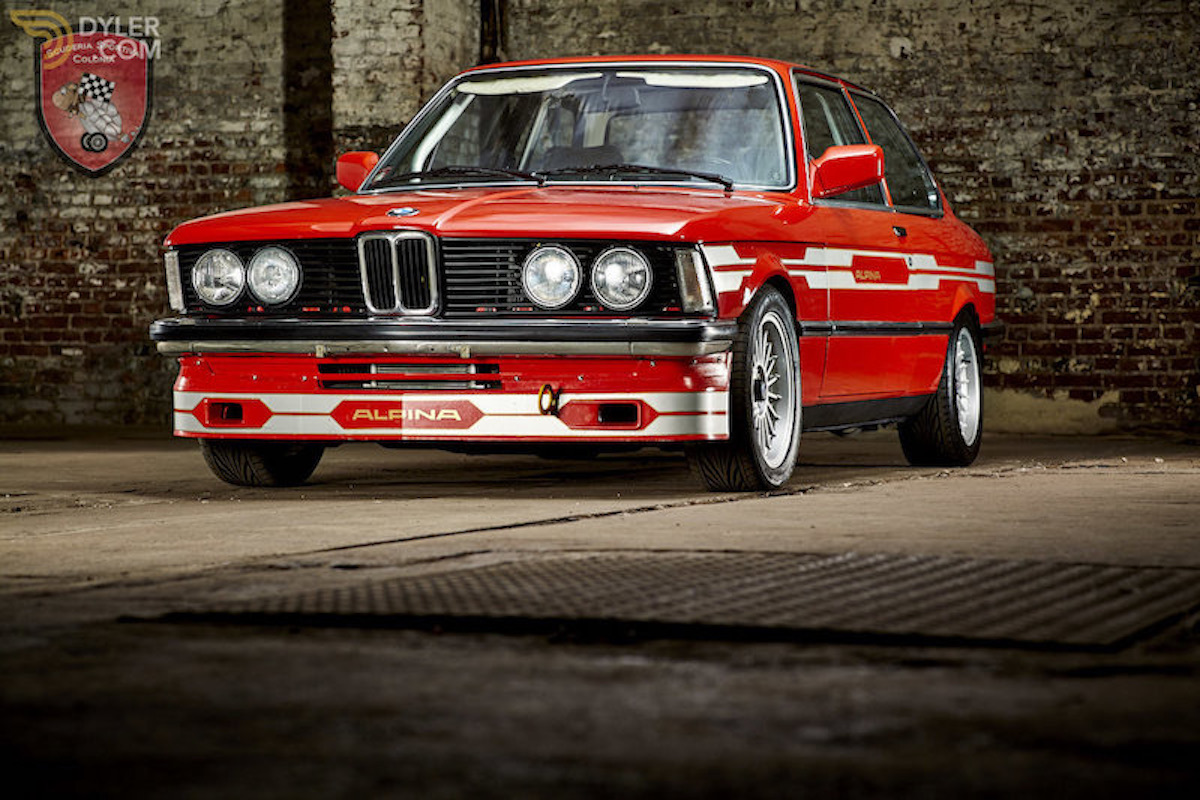 Faster, more comfortable, and more striking than the standard BMW E21 323i, the Alpina C1 is a rare bird in classic BMW circles with a maximum of 400 cars made
© Scuderia Sportiva Colonia

Back in the early 1980s, German tuner-turned-carmaker Alpina turned its hand to BMW’s E21 3 Series to bridge the gap between BMW’s 323i, and its very own hard-charging, 200bhp B6. Since its foundation in 1965, Alpina has specialised in taking standard BMW models, and making them faster, sharper, and more luxurious. Alongside the prominent Alpina front splitter, the German skunkworks gave what it designated the ‘C1’ a rear spoiler, and a smattering of bold, racy exterior stickers. Inside, the C1 boasted traditional levels of Alpina comfort and creativity including Recaro sports seats with a specially-designed cloth trim, as well as a model-specific steering wheel, speedometer, and gear knob. Under the skin, Alpina threw the standard 323i’s shocks in the bin, and replaced them with Bilstein components. They also upgraded the brakes, and moved the battery to the boot to improve the E21’s already outstanding stability and handling. Despite our best efforts, we weren’t able to find an exact estimate of how many Alpina C1s were made, but anything from 35 to 400 is widely considered to be an acceptable ballpark figure. Production numbers aside, what remains irrefutable is that the Alpina C1 is a very rare, subzero-cool classic BMW. 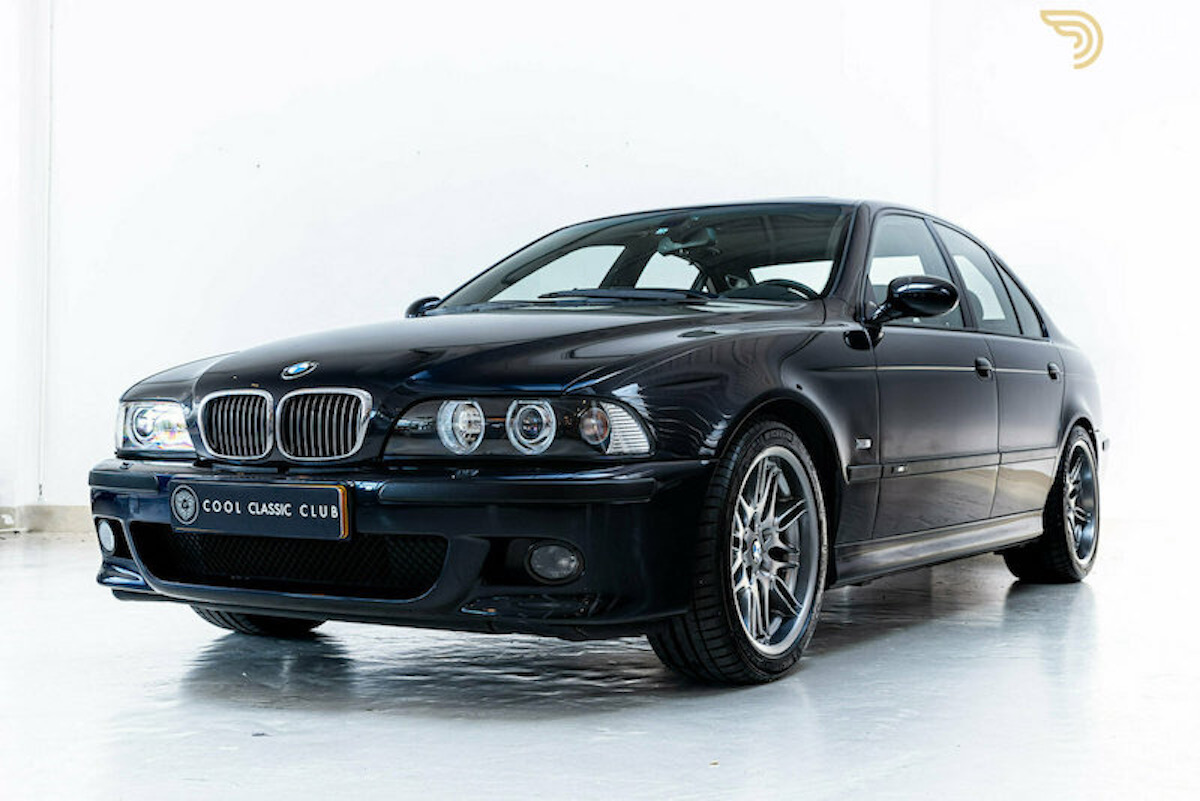 There isn’t much else to say about the BMW M5 than what’s already been said. The E39 rightly deserves its tag as the best M5 ever. This is thanks to its naturally-aspirated 4.9-litre V8, short-throw, six-speed manual Getrag gearbox, and compared to later iterations of BMW’s super saloon - understated looks. BMW M5 cars since the E39 now boast more horsepower than ever, and BMW even shoehorned an V10 engine derived from its F1 car under the bonnet of its successor, the E60. However, the sheer amount of balance and driver involvement that the E39 gives the driver still remains unparalleled despite going out of production almost two decades ago. In production from 1998 to 2003, the E39 is BMW and the BMW M division at their brilliant best. If you want one of the greatest BMW M cars of all time, there’s no better time to snap one up than now because prices are rising, and rising fast. 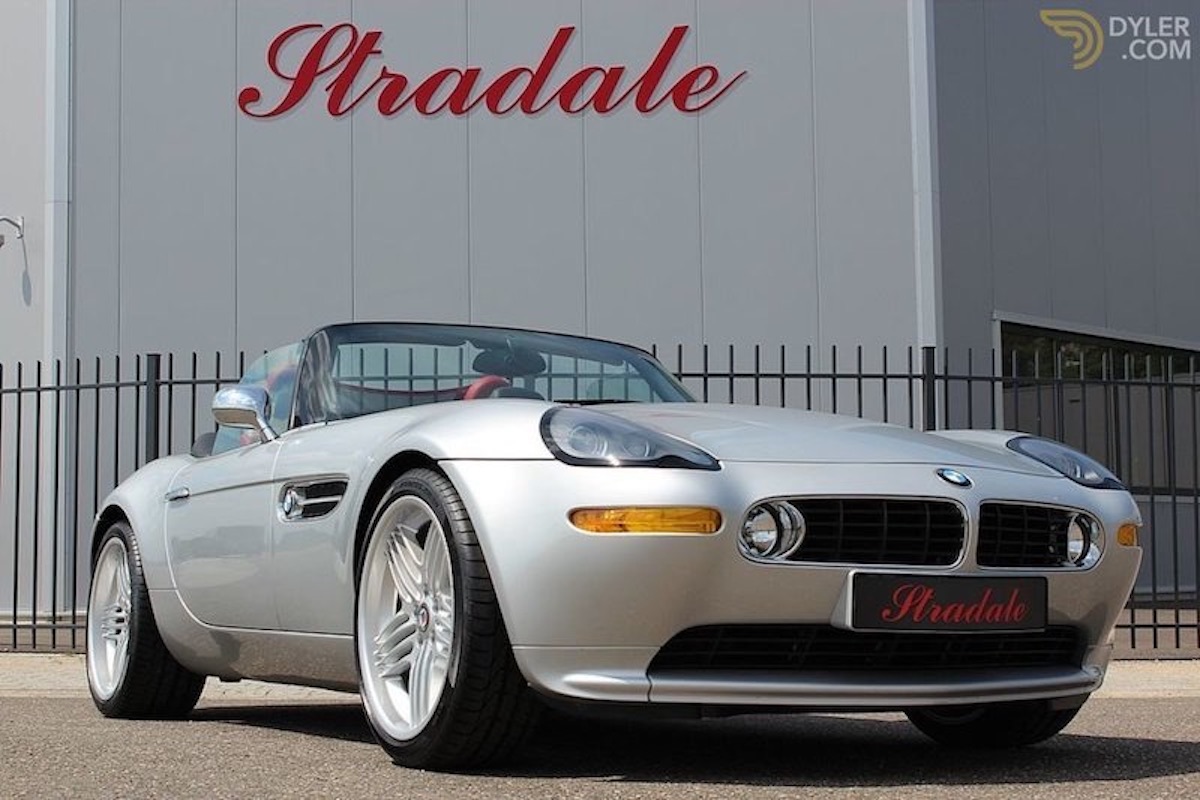 BMW only made 5,703 of these, and factoring in its role in the James Bond film The World is Not Enough, the Z8 has become a hugely exclusive, hugely expensive modern classic car over the last two decades
© Stradale Vintage Cars

When it launched in the year 2000, the BMW Z8 was initially criticised for being an overtly retro homage to the elegant BMW 507 of the 1950s. Yet over the last two decades, BMW’s old school, analogue rarity (only 5,703 were made) is finally getting the credit it deserves. In 2021, the lissome Z8 is now considered to be a refreshing antidote to the increasingly anabolic supercars of recent times. Thanks to the 4.9-litre V8 and six-speed Getrag gearbox lifted from the BMW M5 E39, it’s also considered a true driver’s car. The Z8 has also become somewhat of a B-Side Bond car after it starred in the 1999 James Bond film, The World is Not Enough. Interestingly, the Z8 wasn’t production ready when the film came out. The car that got sawn in half by the bad bastards’ helicopter in the Pierce Brosnan-led adventure was a mashup of panels that BMW gave to the production crew to assemble themselves. Bond’s Z8 was actually a homemade chassis fitted with a Chevrolet 350 V8, a Jaguar chassis. The last part of building Frankenstein’s Z8 was bolting on the panels donated by BMW. In what is one of the most ‘that’s German efficiency at its finest’ moments in automotive and cinematic history, BMW then sent a team of engineers from its Munich HQ to check that the Bond film crew had put the panels together correctly and done things properly. How wonderfully German of them, right? 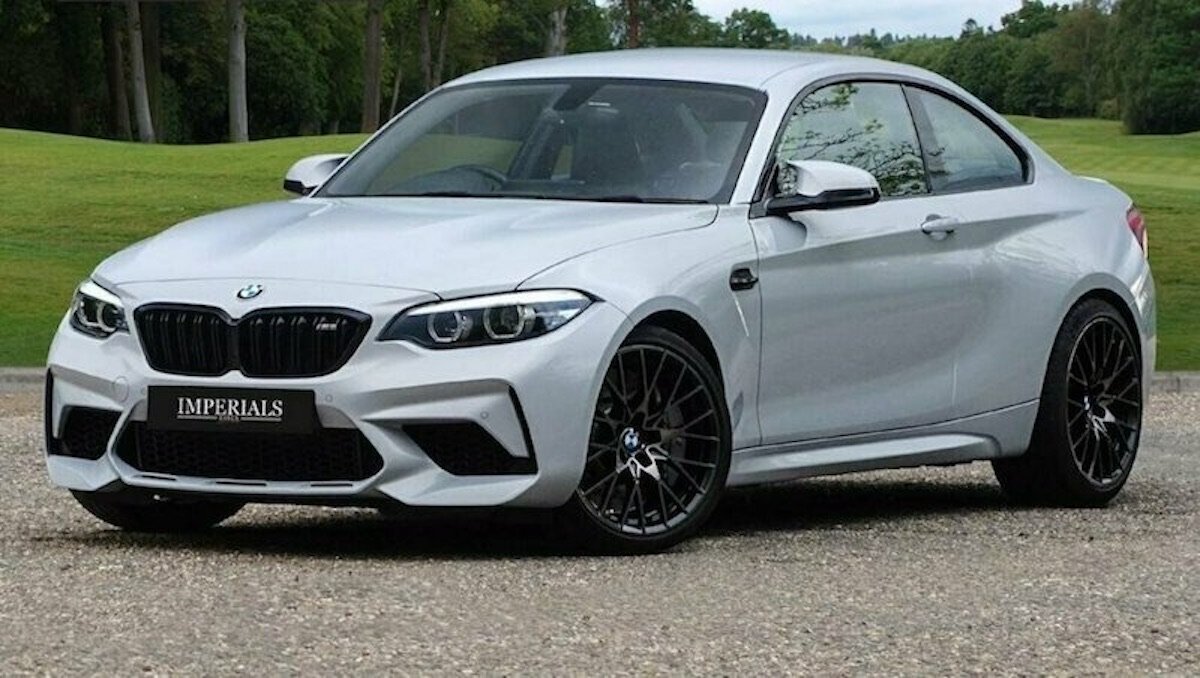 At a time when M Cars are getting bigger, heavier, and more expensive, the little BMW M2 is widely considered to be the purest M Car on sale today, and is almost a dead cert to become a classic car of the future
© Imperials LTD

Described as the “last bastion” of small, two-door BMW M cars, the BMW M2 is widely considered to be the purest M Car on sale today, and it is almost certain to become a classic car of the future. Irrespective of where you stand on the new BMW M3, M4 and M5 debate, there’s no doubt that whilst much faster than their predecessors from 20, 30 years ago, they’re also heavier, bigger, and much more expensive than M Cars of yore. The M2 is none of those things, and its appeal lies in its simplicity. Instead of going down the turbocharged, all-wheel-drive, DSG route, the M2 has a six-speed, naturally-aspirated six-cylinder engine which directs its power through the rear wheels. It’s also relatively small. Think old school M3, and you’d be about right. What’s more, the M2 has been massively praised by long-term BMW enthusiasts such as Top Gear’s Chris Harris, and Throttle House presenter, Thomas Holland. If it’s good for them, it’s good enough for us. At just over £40k, it looks to be a bit of a steal, too. Just don’t expect prices to stay that low for too long because this is a serious in-demand BMW.